Texas to be first state to make buying sex a felony

When Chanda Parbhoo attended high school in Dallas’ Highland Park suburb in the early ’80s, there were only two South Asian American families in her school district, including her own.

“We didn't really have a voice,” Parbhoo, 54, said. “We were often overlooked, probably because there weren't that many of us.”

Now the Dallas-Fort Worth area is home to one of Texas’ largest South Asian American populations — one of the fastest-growing demographic groups in the state and across the country. Parbhoo, a progressive organizer, hopes to turn out the vote in 2020 among an ethnic community that has long been ignored in Texas politics.

At least five Texan candidates of South Asian descent are running for county, state and federal office this year, including three who are vying to become the first Asian American congressperson from Texas.

Dr. Pritesh Gandhi is running against Mike Siegel in the Democratic primary runoff election in Texas’ 10th Congressional District, which is home to some 10,000 South Asian American voters, Parbhoo said, about 1.7% of the voting age population. The winner will face incumbent U.S. Rep. Michael McCaul, R-Austin, in November.

In the 22nd Congressional District — which has the state’s largest share of Asian Americans among its voting population, at 15.4% — Sri Kulkarni is vying to flip the open seat blue this November. In 2018, he came within 5 points of unseating Republican U.S. Rep. Pete Olson, R-Sugar Land.

And in the 31st Congressional District — which has a 3.3% Asian American voting population — Donna Imam is hoping to make it out of the Democratic runoff and face U.S. Rep. John Carter, R-Round Rock.

South Asian Americans have emerged as an influential voting bloc in congressional districts across the state. In the Dallas-Fort Worth area’s 3rd and 24th Congressional Districts, almost 10% of the voting-eligible population is Asian American, according to U.S. Census data.

An immigrant from apartheid-era South Africa — where her parents were barred from voting because of their race, she said — Parbhoo helped found South Asian Americans for Voter Education + Engagement + Empowerment, known as SAAVE, a progressive group that helps Texans of South Asian descent become registered voters and fill out the census.

The group seeks to educate candidates in districts where there are a substantial number of South Asian American voters.

“Oftentimes when we're having the conversation, they are not aware of what a South Asian is, [or] they didn’t know anything about our demographic,” Parbhoo said. After President Donald Trump’s election, Parbhoo founded SAAVE to encourage South Asian Americans across Texas to become more civically engaged and stand up to racism. 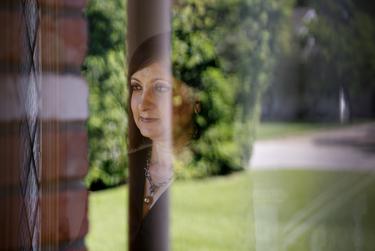 “Our community is definitely feeling the racial rhetoric that has come from the top of our government,” she said. “And a lot of that has fueled hate crimes, not only against us, but [all] people of color.”

Changes in immigration policy after Trump’s election, including restrictions on travel from countries with substantial Muslim populations and crackdowns on issuing H-1B visas — roughly 70% of whose recipients are from India — have also driven South Asian Americans to become more politically engaged, community leaders said.

“The immigration changes were also something that made a lot of South Asians nervous,” said Sameer Shah, the president of the Indian American Coalition of Texas, a nonpartisan, nonprofit group that serves to increase civic engagement among the South Asian American community.

The community is not monolithic, Shah said; a large share of South Asian Americans in Texas are Republicans, and many are pro-Trump. Trump and Indian Prime Minister Narendra Modi held a joint event last September in Houston, which tens of thousands of Texans of South Asian descent attended.

“One sort of silver lining has been, whether you're for [Trump] or against him, he has motivated people to be more aware, and potentially vote more,” Shah said.

Jayant Sheth, the executive vice president of the Indian American Coalition of Texas, is the sole Republican on its board. He and Shah are working to mobilize South Asian Americans of all political backgrounds in Central Texas this election cycle.

“We tell them to go make sure you participate in the census, make sure to register to vote, make sure you vote,” Sheth said. “And we try and get both Republican and Democrat elected officials, as well as others, like the Travis County Democratic Party chair, to our functions.”

South Asian American voters said they have seen increased outreach this year by candidates of all identities and parties.

Sheth, who supports McCaul in the 10th Congressional District in November, said he was impressed when McCaul’s campaign held a town hall aimed at an Asian American audience. He also said he has seen Hindi-language materials on U.S. Sen. John Cornyn’s website.

Meanwhile, both Kulkarni, in the 22nd District, and Gandhi, in the 10th District, have made targeted outreach to South Asian American communities, the candidates said in interviews with The Texas Tribune.

Kulkarni, who speaks six languages from his time overseas as a U.S. Foreign Service officer, said he has been campaigning in multiple South Asian languages since his first congressional run in 2018.

“We started by creating lists, so we would take all of the Gujarati names in the voter registry, all the Telugu names, all the Bengali names, etc.,” Kulkarni said.

Campaign volunteers from those communities called the voters and greeted them in Gujarati, Telugu or Bengali, he said. “Even the first line makes such a huge difference, but what it did was it helped us to engage communities, most of whom had never been reached out to by Republicans or Democrats before.”

Gandhi, a primary care physician, said his campaign staff is using a similar tactic to “reach [voters] where they’re at.”

“I was talking to a volunteer just earlier this morning, who is talking to potential voters in Hindi, and now he's on the phone speaking Hindi,” Gandhi said. “We've got other volunteers that speak other languages that reflect the growing presence of immigrant communities in this district.”

Growing up in Houston, Kulkarni said there was “literally nobody” in elected office who looked like him. Politics wasn’t at the forefront of South Asian immigrants’ minds, he said.

“When we come here, a lot of Indian immigrants, they’ll keep their head down, either start their medical practices or their businesses,” Kulkarni said.

Shah agreed, noting that new immigrants often don’t prioritize civic engagement until they establish a solid footing in the United States, which can take generations.

“When you first come to a new place, immigrate somewhere, your immediate priority is economic and financial security, what food you put on the table,” he said. “I think that’s some of the generational stuff we’re working through.”

Another South Asian American voter mobilization effort working in Texas is They See Blue, a national progressive movement that began in California ahead of the 2018 midterms.

Jashmin Patel is a member of They See Blue’s Austin chapter. She grew up in a conservative family of Gujarati hoteliers in Amarillo. The South Asian American community in her hometown leans heavily Republican, she said.

Patel, 30, kept her progressive political beliefs to herself as a teenager. Only two years ago did she become more vocal about her views, when Beto O’Rourke ran for the U.S. Senate in Texas.

From her home in Austin, Patel makes phone calls to South Asian American community members back in the Panhandle region, encouraging them to vote blue in November and stand in solidarity with anti-racist efforts that have gained traction across the state.

Voter mobilization efforts have had to adapt to the COVID-19 pandemic, swapping out trips to temples and mosques with social media posts and Zoom meetings to show South Asian American voters they’re listening.

And as the global pandemic rages on, coupled with a nation divided over racial injustice and a host of other issues, many South Asian American voters, organizers, and candidates in the Lone Star State believe 2020 is the most pivotal year yet for the community — which is why they deem it crucial to get out the vote.

“This is a critical year for our community because the very foundation of our belonging in this country is at risk,” Gandhi said.