Ask 2: Why are there purple street lights along Tomball Toll?

After 40 years behind prison bars — almost all of which was spent on Texas’ death row — a 60-year-old man whose case changed Texas death penalty practices was granted parole Monday.

The Texas Board of Pardons and Paroles voted in favor of Bobby Moore's release once a review and audit of his discharge paperwork is completed, chair David Gutierrez said in an email obtained by The Texas Tribune to a bipartisan group of state lawmakers who advocated for his release. 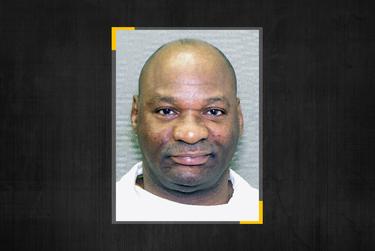 Moore was originally sentenced to death 40 years ago, after he fatally shot 73-year-old clerk, James McCarble, during a Houston robbery. But his case pinged back and forth from Texas courts to the U.S. Supreme Court since 2017, setting new standards for how Texas determines intellectual disability in death penalty cases.

The high court twice slammed Texas' method for determining the disability, which had relied on decades-old medical standards and a questionable set of questions created by judges. Several men, including Moore himself, have since been taken off of death row after courts determined — under the new criteria formed — they were intellectually disabled and therefore ineligible for the death penalty.

Moore was sentenced to death in 1980 before the punishment of life in prison without the possibility of parole was enacted and prisoners with life sentences were eligible for parole after 20 years. Because of that, he became eligible for parole when he was resentenced to life in November. Harris County District Attorney Kim Ogg supported the change of sentence.

This is a developing story and will be updated.