Ready 2 Rodeo? The Chainsmokers are headed back to RodeoHouston to perform in March

Woman killed by man who then turned gun on self outside Texas Children’s Hospital in west Harris County, HPD says

FORT BEND COUNTY, Texas – Construction in an area of a new Fort Bend Independent School District career technology center has been halted after the discovery of a historic cemetery on the property, the district announced.

"We were back-filling into a trench when we found some remains, or what we thought could be remains," said Fort Bend County ISD Chief Communications Officer Veronica Sopher. "At this point, we've got a couple of dozen graves and that number keeps changing every day -- more than 30 as of this morning."

The school district later said about 79 graves had been found and that exploration was continuing.

A portion of the site of the James Reese Career and Technical Center at University Boulevard and Chatham Avenue in Sugar Land has become an excavation site, while construction continues in other areas.

The district said it is working with the Texas Historical Commission.

"We are proceeding under the guidance and expertise of the Texas Historical Commission to ensure we are respecting the history and lives of the people buried on this site. One of our community members, who has a passion for history, brought to our attention the possibility of archeological artifacts in the general area. We were careful as we began work, with an archeologist on site from the beginning," Fort Bend ISD Superintendent of Schools Dr. Charles Dupre said in a press release.

PHOTOS: Old prison at site where graveyard was found in Fort Bend County

Officials have not yet been able to identify a time frame for the historic cemetery or who is buried at the site.

"We're going to have to send off for testing to determine a time frame," Sopher said. "We know that it's most likely more than 100 to 150 years but it could be even older than that, so at this point, it's too early in the process to determine a race, a gender or who these people were."

Fort Bend ISD said it is operating in compliance with the Texas Health Code and the State Antiquities Code.

Construction of the facility began in 2017. The center, named in honor of James Reese, a former FBISD math teacher who later served as the first FBISD vocational director, will offer advanced junior and senior level courses. Reese spent 33 years with FBISD. He died in 2009.

A rendering of the building is below. 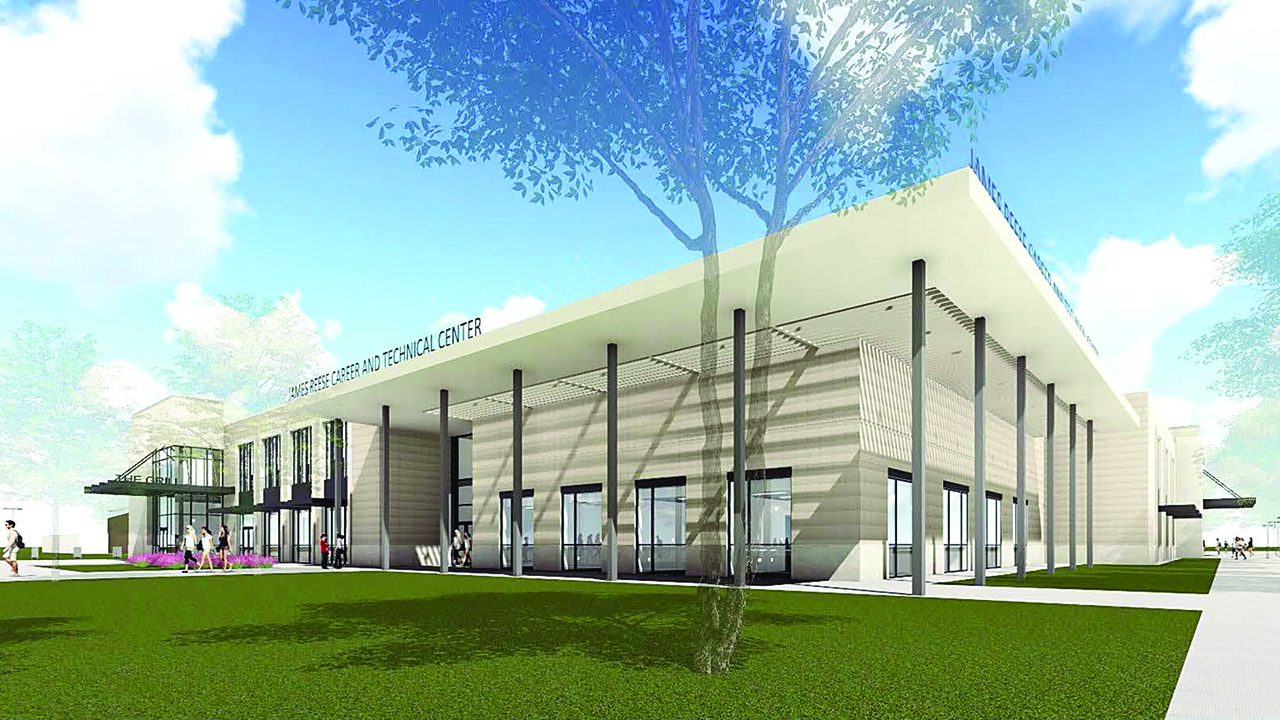 Reginald Moore, a retired state corrections officer and now historian, said he alerted FBISD to the possibility of human remains on the site before they began construction.

Moore believes the remains are those of slaves and former slaves who became part of the state's convict lease system, established after slavery was outlawed.

"The system said you were free unless convicted of a crime, so that's how they were able to get slavery back," Moore said.

"They had all kinds of trumped up charges on these guys to get them back in the system," he said.

Moore is the caretaker of the Old Imperial Farm Prison Cemetery in Sugar Land. There are only a few grave sites there, but Moore said he always knew there were others.

"I was elated, but I was also saddened at the same time because I knew it was bodies out here and they should have been discovered and recognized years ago for the work and the things that happened to them," he said.

Moore hopes to work with the city of Sugar Land, Fort Bend County and the school district to build a museum and memorial.

"To acknowledge the people who made the state of Texas, coming out of slavery. They built this off of free labor. They have sweat equity in this and the story should be told," Moore said.