HARRIS COUNTY, Texas – Three men accused of tying up and killing a Spring couple execution style in their home were arrested on Wednesday according to the Harris County Sheriff’s Office.

Bao and Jenny Lam, both 61, were found shot to death inside their home at 16150 Glorietta Turn on Saturday. The discovery was a shock to many who live in the area, which is a gated community located in the Northgate Forest neighborhood.

“You would never suspect that it would happen in this neighborhood and that’s why, gated community, very quiet, very tight-knit,” said Ed Gonzalez, the Harris County sheriff. “The nature of the attack, the ambush nature and the ruthlessness, that it wouldn’t be surprising if they’ve (the suspects) committed similar incidents.”

“Through good ol'-fashion police work and our public’s help, we have accomplished our goals of holding those accountable for these heinous crimes, those scumbags, bringing some closure to the Lam family and making sure these individuals don’t harm any other human beings in our county,” said Gonzalez during a press conference Wednesday.

He said it appears the attack on the couple, who happened to be going home when the men were in the neighborhood, was random.

Investigators didn’t go into detail on where or how they arrested the three men, but said the men were brought into the station on Wednesday.

“We are relieved to have these three men off the streets, no longer able to harm anybody else,” said Richard Lam, the couple’s son.

Lam, along with his sister, Michelle, and other family members and friends, stood alongside investigators during Wednesday’s press conference.

On Tuesday, the siblings had put out a plea for information and also spoke about their parents, who came to the United States as immigrants and built successful businesses including owning Subway franchises.

“We are extremely grateful for the hard work the men and women in blue did around the clock, especially Lt. David Crane. They worked tirelessly and we truly appreciate it. We hopefully get some closure with the trials,” said Lam.

Authorities said it was information from the community that helped them capture the three men.

On Tuesday, the sheriff’s office released surveillance video from outside the gated neighborhood. The video showed two men, one extremely tall wearing a letterman jacket and another who was shorter, walking toward the gate. A black Lincoln Navigator was also another identifier seen in the video.

"We received numerous tips as a result of the story being aired on the news. Those tips were followed up and led us to the Lincoln Navigator seen in the video that was shown. As a result of that, there were three individuals that we were able to come into contact with and take (them) into custody," Lt. Christopher Sandoval, with the Harris County Sheriff's Office, said. 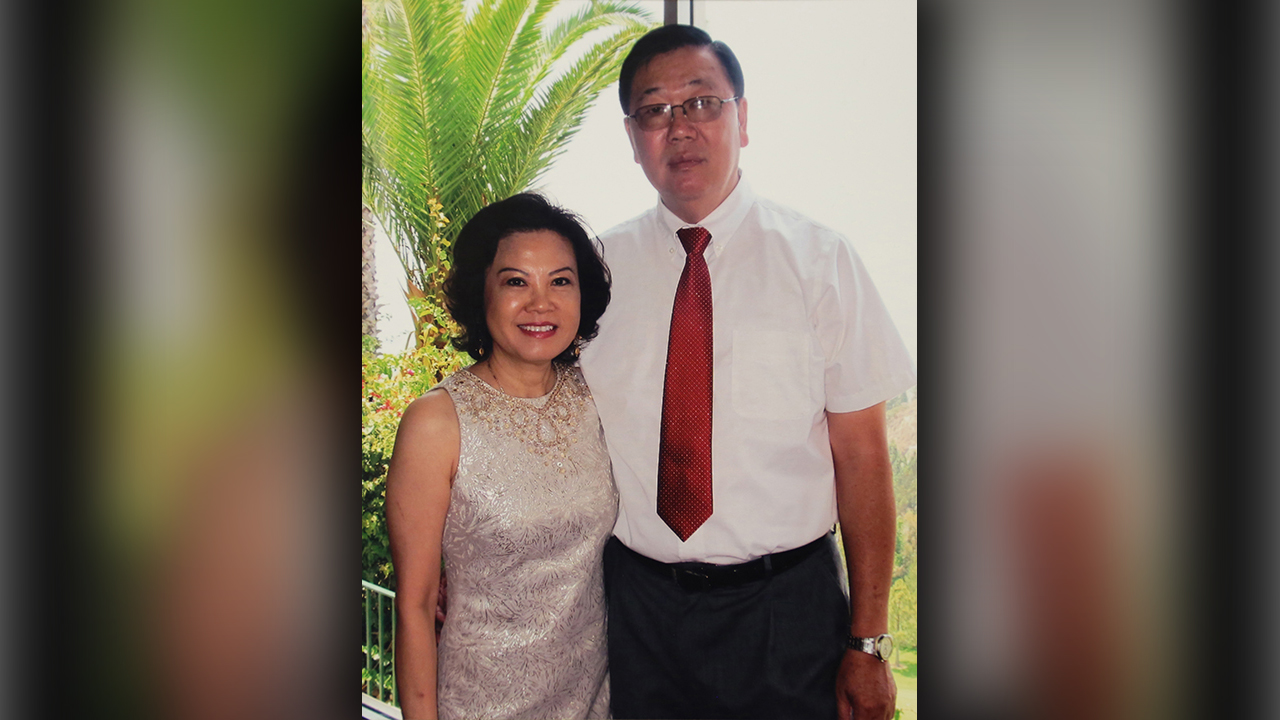 Sandoval said one of the men confessed to the crime but the other two chose not to speak.

The Harris County Sheriff’s Office was initially called out by the couple’s son after he couldn’t reach them on Saturday. Lam went to the home, but there was no answer at the door. When authorities went in, they found the couple tied up and shot in the head.

According to deputies, the surveillance video showed two men arriving at the subdivision entrance in a black 2007 to 2014 Lincoln Navigator about 8:20 p.m. Thursday. The pair climbed under the gate and walked into the neighborhood, deputies said.

“We know they robbed another house in the neighborhood and as a result the Navigator that they were driving may have come from that other house,” explained Sandoval.

Investigators said the Lams arrived home about 20 minutes later, where evidence indicates that they were ambushed in the garage and forced into their home.

Gonzalez said the intruders later tied the couple up and shot them in the head.

The video shows that about 2:30 a.m. Friday, the couple’s gray Porsche exits the neighborhood and returns a short time later, deputies said. The driver is seen about four hours later walking back to the Navigator and driving away, followed by the Porsche, deputies said. The Porsche was found abandoned Sunday afternoon, police said.

Investigators said the video indicates that the Lams’ killers returned to the home several times between their initial attack Thursday night and when the couple’s bodies were found Saturday evening.

“Very bizarre it doesn’t happen, and for them to return multiple times, not once, not twice but up to six times is pretty bizarre,” said Gonzalez.

Deputies believe the three men are possibly connected to other crimes and ask the public to come forward and contact Crime Stoppers at 713-222-TIPS.