Election Day guide: Everything you need to know before heading to the polls Nov. 3

Skai Jackson is using her platform for good. Amid worldwide protests in support of the Black Lives Matter movement, the 18-year-old actress is doing her part to shine a light on the ugly racist underbelly of the internet, posting receipts on her social media pages to "expose" repugnant behavior.

"I would always just get DMs from my fans, because people know I'm an advocate for anti-bullying," Jackson told ET's Melicia Johnson this week. "So I would always just look at my messages and see a bunch of my fans saying, 'Look at what this person said to me, I don't know how to deal with this.'"

"The more I saw it, it became 20 in a day, I was like, you know what? No! I'm gonna speak out about it, 'cause I think it's really important. People go through these struggles every day in life, and for me, it's kinda like my duty with the big platform that I have, to use it for good."

Jackson explained that hearing about racist bullying from fans of hers with small followings made her realize that she could do something to help -- sharing screenshots on her Twitter pages (where she has more than half a million followers) with the bullies' names, and in some cases, tagging the schools and colleges they're attending or their places of work to try to spark real-world consequences.

While she said she's up to over 3,000 DM requests over the last few days, Jackson explained that she tries to be "a little cautious," only calling people out when fans can present several legitimate examples of racist language or behavior. "My fans have been good with sending me enough receipts so I know."

However, she draws the line at putting people in real danger.

Jackson revealed to ET that she's even received DM information from fellow celebs and influencers with large following who are "too scared" to do the "exposing" themselves. But she has no sympathy for anyone who criticizes her takedowns.

"I mean, my thing is, if you don't like it, if you don't support it, then obviously it says something about you yourself," she noted. "In the back of my head, I was a little bit worried about it. I don't know what -- is this gonna harm me? But in my opinion, I feel like it's done more justice for me and other people."

"People can say whatever they want. But if you're that bold to go on a public platform and say these things, please don't get mad when someone addresses it," she continued. "That's simply what I'm doing. If you're saying this to a hundred people, what's the difference of a hundred people to a million people seeing it? You said what you said, and obviously you meant it, so... If you don't want people to know, if you don't want people to be mad, then you simply shouldn't have made those videos and made those statements."

Some of the worst things Jackson said she's seen so far are people "just screaming the n-word at people," or a "thug/ghetto" party where white attendees wore blackface to dress up as black celebs like Travis Scott. "I'm just like, how dare you! Like, what about Travis Scott makes him ghetto and a thug?... People are that bold to do these things. It's just appalling to me."

And the "exposure" is paying off with real-world consequences for some -- like The Flash star Hartley Sawyer, who was fired from The CW's superhero show after Jackson shared several of his past racist and misogynistic tweets.

Hartley Sawyer, you have been exposed... pic.twitter.com/ig5VBXoZmK

"Honestly, I didn't know who he was, but a lot of my fans were sending me his tweets and I just noticed that he was verified," she recalled. "What he was saying... was just utterly disgusting. So, verified or not? I'm gonna say what I have to say and I mean, he got fired. That sucks, but he's grown. He's old enough to know that those things that you say, those homophobic slurs, those racists slurs, are just not OK. They're not OK, period."

While some have accused her of trying to "ruin people's lives," Jackson insists she's just trying to make friends, employers and colleges, in particular, aware of the people they're bringing into their institutions.

"I don't feel like someone who says these things shouldn't be allowed to go to college, but I feel like maybe you should just do online," she explained. "If you're gonna be going to a college that's mainly black and you've said these things? I don't think it's OK to put those people in a uncomfortable situation."

To all the colleges who we contacted about the students they have being racist, please don’t just say you are going to look into it.. we gave you the information, please do the work!

Having dealt with racism herself throughout her life and career, Jackson said she's just hoping to show people that their words and actions have consequences, and that there's a massive amount work to be done to eradicate racist language, actions, and stereotypes.

"I just want them to know that words sometimes do hurt, no matter how strong the person is," the actress added. "Black people are already going through so much, right now in the world, and for you to think it's OK to use those racial slurs against us is just disgusting to me. I really hope and pray that you educate yourself. Do your history and understand why saying the n-word and all these other things are not OK."

And, while she's planning to soon take a "breather" from her current frequency of posts, Jackson said she'll always try to use her platform for good -- and she encourages others to do the same, no matter their follower count.

"I feel like, if you have a big platform, please use it for great... just like me, just like a bunch of people are. It takes two seconds. It's not gonna mess up your Instagram feed, you can do it."

'The Flash': Hartley Sawyer Fired Over Racist and Misogynistic Tweets 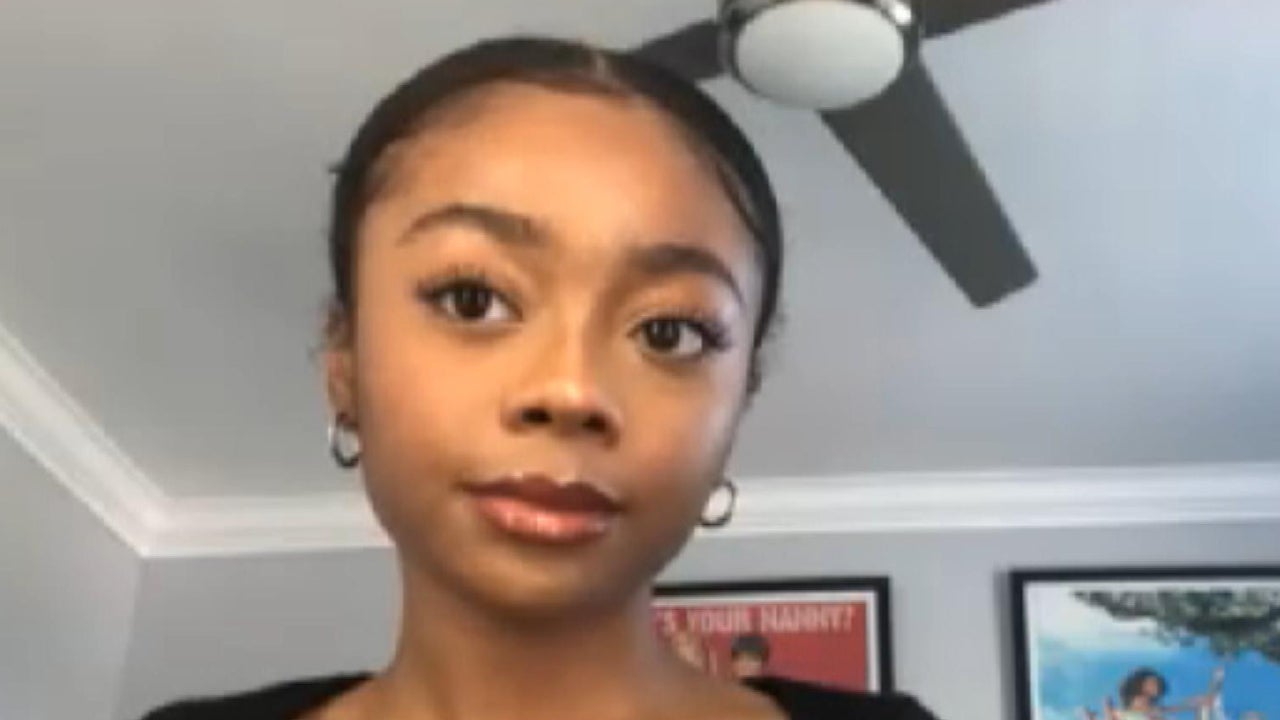