More than half of the Texas House wants to stop the execution of Melissa Lucio, convicted of killing her toddler

More than half the members of the Texas House of Representatives are asking the state’s parole board to stop next month’s planned execution of Melissa Lucio, who would otherwise become the first Latina put to death by Texas.

Widely circulated doubts of Lucio’s guilt in the death of her 2-year-old daughter, as well as a call for mercy from her other children, spurred a bipartisan group of nearly 90 lawmakers to plead with the Texas Board of Pardons and Paroles and Gov. Greg Abbott to either change Lucio’s death sentence to one of life in prison or halt her execution for three months.

Lucio, 53, has been imprisoned since her daughter, Mariah, died in February 2007. The family called 911 after the toddler was found unresponsive at their Harlingen apartment. Numerous bruises, scratches and what seemed to be a bite mark on her body led police investigators to believe the child had been killed. Mariah’s death was later determined to be caused by a blunt-force head injury. 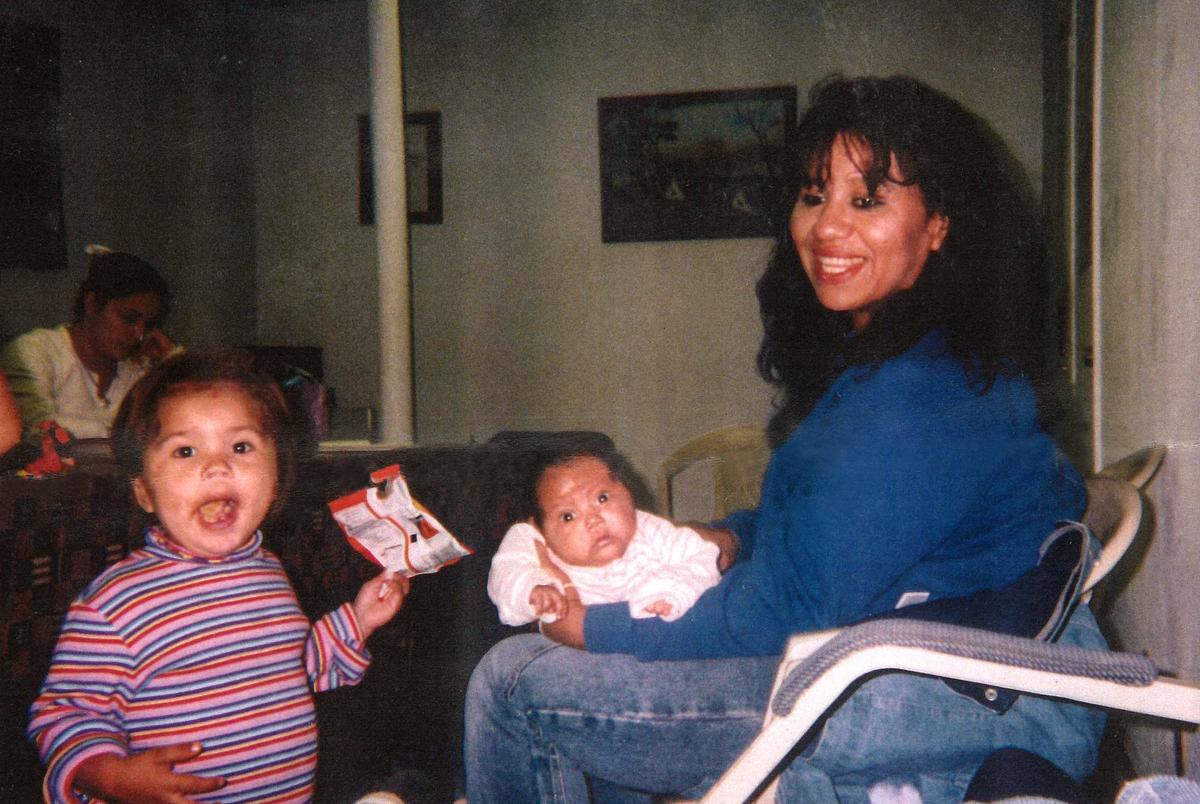 Lucio was the primary suspect, as police said she was most often alone with the child. Lucio told police repeatedly during a late-night interrogation that she did not hurt her child. Mariah had fallen down the stairs at their apartment a couple of days earlier, she and other children told police. Lucio lived with her husband and nine of her children at the time. Mariah was Lucio’s twelfth and youngest child.

After about three hours of interrogation, Lucio admitted, when prompted by police, to spanking and biting Mariah. She still denied any involvement in a head injury.

“What do you want me to say? I’m responsible for it,” Lucio said when a Texas Ranger pushed her on the apparent bite mark on Mariah’s back.

Lucio’s statements admitting to spanking and biting her child were the crux of the state’s case against her. Though she didn’t admit to killing her child or causing a fatal injury, her admissions of child abuse led prosecutors, and a Cameron County jury, to connect her to the child’s death and find her deserving of the death penalty.

The admissions Lucio made during more than five hours of interrogation on the day her daughter died have been shrouded in doubt from the start. At trial, the judge did not allow a psychologist to testify on why Lucio may admit to things she did not do, including her history of sexual abuse as a child and domestic violence as an adult.

According to the National Registry of Exonerations, about 12% of convictions found to be wrongful stem at least in part from false confessions. State Rep. Senfronia Thompson, D-Houston, pointed to the prevalence of false confessions and interrogation techniques that prompt them at the criminal justice reform caucus press conference Thursday.

“The techniques used to secure her statement … have been shown to wear down suspects to false confessions,” Thompson said.

Lucio’s legal defense team, which now includes the Innocence Project, has asked various courts to halt the execution, pointing in part to new pathology reviews that support the theory that Mariah died from a fall down the stairs. Lucio’s children, siblings and mother have sought public attention in and outside of the Rio Grande Valley to raise awareness of their mother’s claim of innocence. The House lawmakers have centered their focus on the parole board.

“As policymakers, we have an obligation to stand up and speak out, especially those of us who consider ourselves to be pro-life, pro-women and pro-law and order,” said state Rep. Lacey Hull, a freshman Republican from Houston. “As much as we all want justice for Mariah, the facts simply do not support any conclusion that Ms. Lucio committed capital murder and is deserving of the ultimate punishment.”

Though the board does not weigh on legal issues, the House lawmakers pushed it to consider Lucio’s possible innocence, as well as pleas from her children to let her live and her in-prison conversion and dedication to Catholicism. Thompson noted the case of Henry Lee Lucas, a convicted serial killer whose death sentence former Gov. George W. Bush commuted to life in prison in 1998 over doubts about Lucas’ guilt in the murder that landed him on death row.

Lucio’s case is the second time the House Criminal Justice Reform Caucus, formed by state Rep. Joe Moody and Leach in 2019, has sought to intervene in an upcoming execution. That year, 26 lawmakers asked the parole board to spare the life of Rodney Reed, whose guilt is also widely doubted in a 1996 Bastrop murder. The board recommended that Abbott delay the execution by 120 days, but Reed’s execution was instead halted by the Texas Court of Criminal Appeals on legal challenges.

Lucio has garnered support from more than three times as many of the chamber’s 150 members than Reed.

By 10 a.m. Thursday, 87 lawmakers had signed on to the caucus’ letter to the parole board, which they planned to send at 5 p.m. with more members adding their names. Moody said he was proud that the caucus — born out of frustration with the Legislature’s failure to pass criminal justice reforms — has encouraged a groundswell of support for Lucio.

“It is easy to dismiss people like Melissa Lucio. In fact, the system is set up to make us forget her and treat her as less than human,” the El Paso Democrat said. “I hope this is a moment that we are turning the tide in Texas for a fairer system, for a more just system.”