CBS' Tough as Nails is a reality competition series that puts the spotlight on America's working class. Host Phil Keoghan said the coronavirus pandemic, which brings essential workers center stage, has given the new series deeper significance amid a trying time in the country and has "definitely had an effect" on how the episodes are put together.

"We've seen how people respond to essential workers, people who put on PPEs [personal protective equipment] and go right up to the front line and go into hospitals every day dealing with people who are sick. All of us look at those people working on the side of the road, or continuing to work because they have no choice, and I think we're more cognizant of the fact that they're a huge part of why you and I are able to stay inside and why the lights are on and the toilets flush and things function," Keoghan told ET's Lauren Zima over Zoom.

In Tough as Nails, everyday Americans who work long hours and get their hands dirty in order to keep the country running compete in challenges held at real-world job sites that will test their strength, endurance, life skills and mental toughness. One contestant will be eliminated in each episode before a winner is crowned at the end of the 10-episode season. Twelve participants make up the competition, including a fisherman, a firefighter, a deputy sheriff and a drywaller, to name just a few. The grand prize is $200,000 and a Ford truck.

"We searched coast to coast and went into [the] heartland [of] America to find real people," Keoghan said of the casting process. "I'm hoping that the audience see themselves in our characters, because they represent [us]. Most of us come from pretty humble beginnings... When you really get down to it, most of us come from working-class people, and for a long time, we've kind of looked down on the working class. Like, somehow they're less than."

"People wear the calluses on their hands as a badge of honor. They grow our food. They drive our trucks. They keep our roads smooth. I think that's what people will hopefully get excited about, is to see themselves reflected and celebrated for a change, rather than somebody who is perfectly tanned and got the six-pack ready for the cover of a magazine. But these people are rough around the edges. Maybe a nice cold beer at the end of the day instead of a protein shake. Maybe they wear work boots instead of workout shoes, or they punch time cards and go and work in factories instead of swiping gym cards and go into beautiful gyms where everything is clean and lovely. Real people, real life, real tough. That's what I hope resonates with the audience."

Keoghan, who is an executive producer along with wife Louise, hopes Tough as Nails prompts viewers to rethink what the word "tough" means to them through the lens of the show.

"One of the key factors with the show is redefining what 'tough' means. I've always said my mother is the toughest person I've ever met -- mentally [the] toughest person. Bar none... my mother is on another level," he credited. "We often judge people too quickly. We think we can size them up and think, 'We know where they're at.' What you're going to see on this show is a chance to redefine what it means to be tough; it's strength, endurance, agility. But it's life skills and it's mental toughness... That's something we want to celebrate."

Like many Americans, Keoghan is staying at home amid the COVID-19 outbreak. The 53-year-old television personality opened up about adapting to working remotely the past few months.

"The hardest part in all of this is not being around people," he admitted. "When you're around people, you can throw ideas around and you can do things randomly, like, 'Oh, I've got an idea. Let me go talk to the editor,' and you don't have to set up Zoom at 3 o'clock... The nuance of conversation and creative brainstorming -- to just be spontaneous, I think that was the hardest thing. It made me realize how much I don't like structure... I love the Zooms and they saved our lives but, oh my gosh, I do miss being in the kitchen here and making coffee and people stealing all the good snacks."

Watch a preview from Tough as Nails below.

Comic-Con at Home: All of This Year's Must-See Movie and TV Panels 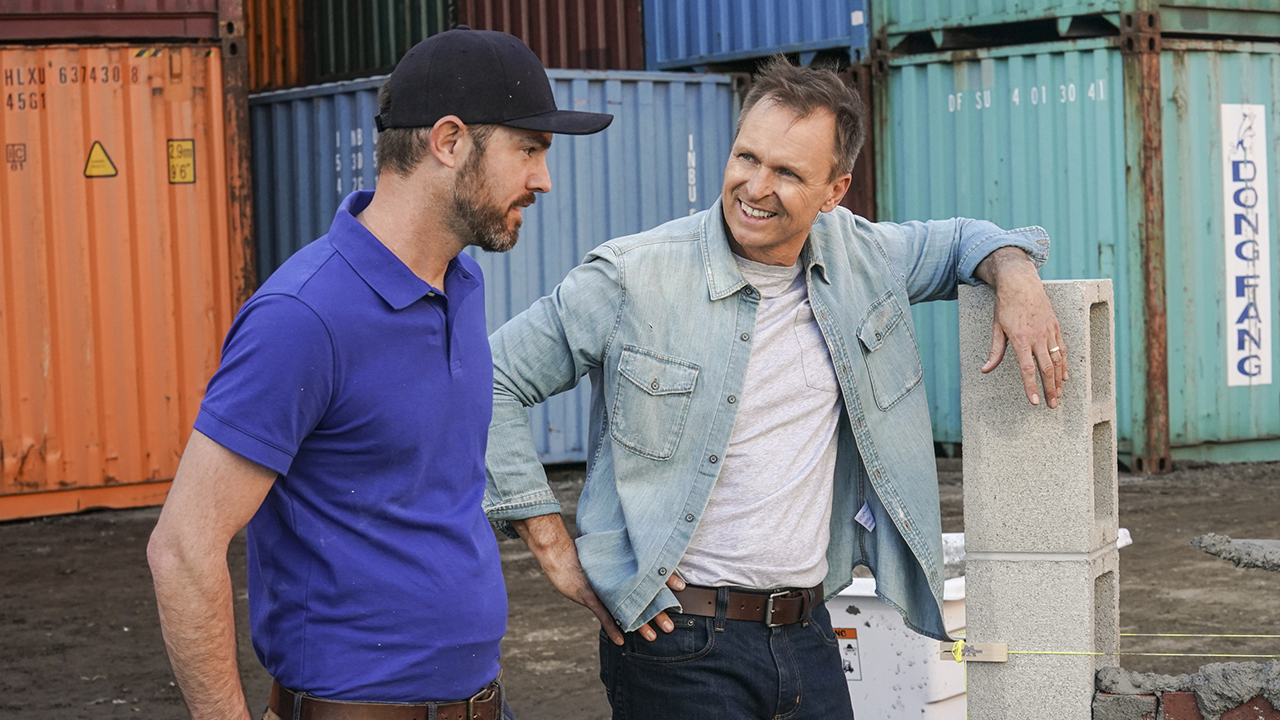