‘We have no concern’: Texas restaurants can open at 100% capacity

Kaitlyn Bristowe believes that "this is different." The former Bachelorette was a trailblazer on her 2015 season of the ABC dating show and believes Matt James' upcoming season of The Bachelor will also affect change.

"I think the whole world is going to shift, and I think The Bachelor will be part of that shift," Bristowe told ET's Lauren Zima on Monday.

The 34-year-old and her boyfriend, Jason Tartick, said they were both hoping James would be The Bachelor months before the announcement was made. Tartick had gotten to know James through his best friend, Tyler Cameron, and was "super excited" when James was cast as a contestant on Clare Crawley's upcoming season of The Bachelorette. He was also hopeful James could eventually be named the next Bachelor lead.

"I did have lunch with [James and Cameron], and when I met with them, you could just tell when someone's energy, if they're arrogant or not, he was so down to earth, a good guy, smiling, bubbly. The whole conversation, he never brought it back to himself, it was always about me asking questions... I just loved his energy," Tartick said. "I think it's gonna be a phenomenal season, and honestly, it's really about damn time."

The reception to James as the first black Bachelor has been positive, but some -- including Rachel Lindsay -- are saying it's not enough. The attorney wants to see additional change behind the scenes at the franchise, including hiring more producers of color. Lindsay offered her congratulations to James on Twitter on Friday, but said "it feels like a knee-jerk reaction and a result of societal pressure. This announcement, without any further commitments regarding diversity, sweepingly brushes deeper issues under the rug."

Producers have since acknowledged their "responsibility for the lack of representation of people of color on our franchise" and pledged to make "significant changes" to address the issue moving forward. So, Bristowe is feeling optimistic.

"When something affects you personally, you're going to be more outspoken on it," she said. "Rachel is in the situation where she's like, 'I'm sick of talking about this, I've said this to the Bachelor world for so long. It has affected me, it affects other people.' ... It's kind of like they felt like, 'Let's do this grand gesture to put it out there right now, and just so the world knows.'"

"But I don't believe it's gonna be a Band-Aid. I know that's her concern, because she's probably seen it before and heard them say things, but I truly believe that this is different," Bristowe added.

Bristowe and Tartick both agree that after 18 years on the air, it's "about time" The Bachelor cast a black male lead.

"Should this have been done many, many, many years ago? Absolutely, without question," Tartick said. "The good news is it's being done, and I completely agree with some of the stuff that Rachel said and Kaitlyn said. Let's see the change and let's see it go past just having a black Bachelor. Let's see some great [interracial] relationships, let's see a diverse crew."

Kaitlyn Bristowe on Her Surprise 'Dancing With the Stars' Casting 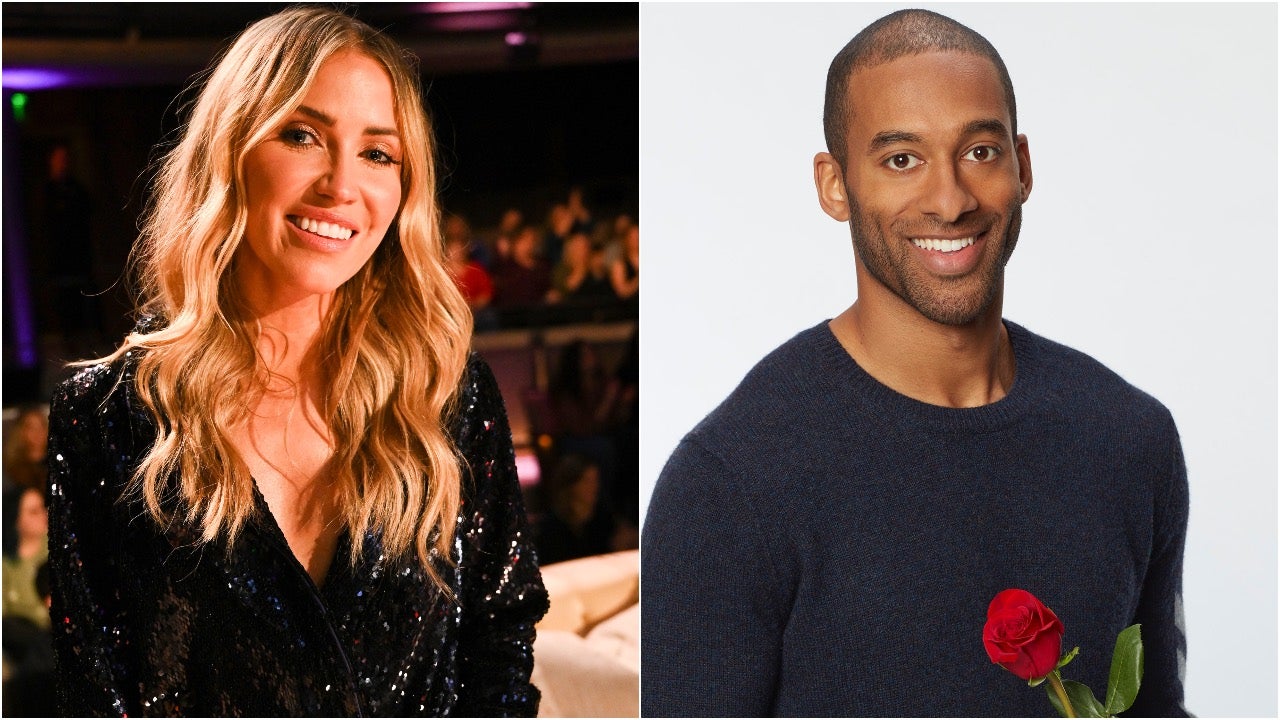