Thieves steal $40,000 worth of machinery from Hope Farm nonprofit

Conan Gray may be quarantining solo, but he's not alone when it comes to managing fame and his exploding music career.

In an interview with ET's Katie Krause, the 21-year-old singer opens up about his recent success in the industry -- and how his friend, Billie Eilish, has kept him grounded along the way.

"I mean, Billie and I have been friends since, like, literally forever, since she was, like, 15. I was like, 17. We were really young," Gray said. "Watching her have to figure out all these little things along the way has been really helpful for me."

"It's nice to find solace in other people of like... this is a crazy thing that happens. Like, it's a really confusing thing, and it can be really terrifying at times," he continued. "Watching her work so hard, and also all the things that have happened along the way, it has been really eye opening."

here’s a chaotic behind the scenes for the “wish you were sober” video shoot, where we’re all delirious at 3:00AM and i am somehow still a loner at my own party lmao.

"I think we both just kind of joke about how crazy it is. Like, it's just ridiculous -- all of this is just ridiculous," he shared with a laugh. "It's mostly just trying to find a little bit of normalness in all this crazy stuff."

"Like, me and all of my artist friends, it's like, you're trying to figure out what's going on," he added. "And sending each other memes along the way."

Gray has also found a source of support in Taylor Swift; he freaked out after finding out she was a big fan of his music. "I mean, it was so special. I was mind blown, I still haven’t really processed that it actually happened," he confessed.

"She's one of my favorite songwriters of all time," he said. "Literally since I was 9 or 10 years old I have been listening to her songs and she song tracked my life since I was so young -- so it's such a privilege. I definitely fanboyed as much as I wanted to. I have the right to fanboy right now -- like, this is Taylor Swift! She’s just so, so talented."

"She’s just very, very sweet and she said some nice things about the album," Gray revealed. "I was really nervous about the album and never made an album before... so to have somebody who has made so many groundbreaking incredible albums, that they liked my album is everything I could have ever asked for."

my debut album “kid krow” is out everywhere now. this is everything i’ve ever wanted to say but didn’t. every secret and insane thought i’ve kept for my closest friends. welcome to kid krow’s chaos, link in bio.

Though Gray started out uploading vlogs and covers to YouTube as a teenager, he said he's actually really shy -- so the prospect of fame makes him nervous. His album, Kid Krow, is his way of connection with his fans and "telling them all of my secrets."

"My fans mean everything to me. I wouldn't put out the album if it wasn't for them. I'd just write songs and sit in my room and listen to them by myself," he said. "So, I just hope that the fans find a little bit of comfort.  And that they can scream them in their car and stuff like that. That's what I like."

Because of the coronavirus, "everything is on pause" for Gray as far as his previously scheduled performance at Coachella, tour plans and shooting music videos. However, the pandemic didn't stop him from releasing his album.

"All of the press that I was supposed to do, like planning TV shows and all that, got cancelled," he said. "But I’m an internet kid. I was raised on the internet, I started writing songs and putting them up on the internet when I was 12 years old, so it felt really fitting that I released the whole album like, livestreaming on my computer."

Dating on the internet, however, is a different story. "I'm horrible at dating. Have you heard the songs?" he jokingly asked. "I’m horrible at it!"

The singer is also not a fan of labels. "I think we live in a really special time now where people can be whoever they want to be," he said. "The youth earned that privilege via a lot of people that died and fought for us to be able to sit here... so I think it's really special and really important and shows a lot of progress in the world, which makes me really happy." 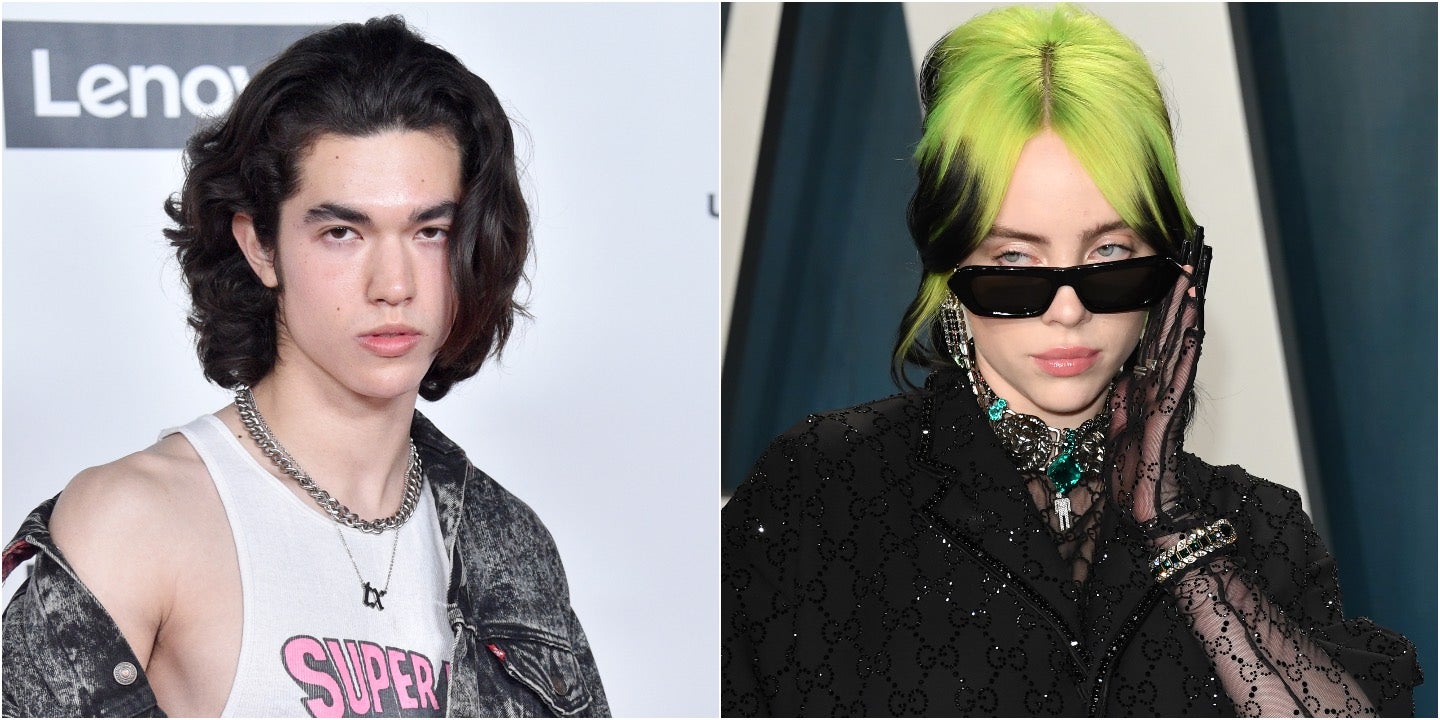