Todrick Hall is excited to see Taylor Swift using the power of her stardom to help fight injustice. As Swift continues to take strong political stances against systemic racism, police brutality and discrimination, Hall says the singer's voice can reach people who most need to hear the message and might otherwise turn a blind eye.

Hall, a celebrated singer, actor, and choreographer, joined ET's Denny Directo via video chat on Monday for a conversation about everything from the latest Supreme Court ruling protecting LGBTQ rights in the workplace to his participation in the Black Lives Matter protests, to Swift's recent remarks slamming racism and inequality.

"I've always known that [Swift] felt the way that she felt since I first became friends with her.  I was always not afraid to ask her questions about what her stance was," Hall shared. "Every time she answered me, it always felt very genuine and very not hesitant. She didn't choose her words carefully like she was trying to say the politically correct thing.  She just said, 'This is how I feel.'"

Swift spent many years in her career largely staying out of public political discourse. However, that all changed during the 2018 midterm elections when she publicly endorsed Democratic candidates for the Senate and House of Representatives in Tennessee.

Since then, she has been much more vocal with her progressive political beliefs. Recently, amid the protests sparked by the killing of George Floyd, she slammed President Donald Trump over controversial statements he'd tweeted about the demonstrations.

"After stoking the fires of white supremacy and racism your entire presidency, you have the nerve to feign moral superiority before threatening violence? 'When the looting starts the shooting starts’??? We will vote you out in November. @realdonaldtrump," Swift tweeted, before later joining the public outcry for the removal of Tennessee's white supremacist statues and monuments.

"I'm glad that she has gotten to a point now where she is sharing that with the world," Hall shared. "I think that a lot of people who would initially gravitate towards her might be people who have very different political views. And very different views on the world in like, what should happen with the Black Lives Matter movement. Or what should happen with gay rights."

"It's really, really awesome to see her using her voice, because the sad truth is, her being a white person with blonde hair and blue eyes saying this in this world right now holds a lot of weight to a lot of people who feel very differently than she might," Hall continued. "And I think that she's changing a lot of minds and a lot of hearts. She's playing a huge part in this evolution that's happening in the world.  And the conversations that are happening in the homes that need to happen."

Hall -- who has been a close friend to the songstress and frequent collaborator on her music videos -- explained that one reason he loves Swift is because she uses "her platform to uplift people."

"I just keep seeing how pure her heart is, and how much she loves and how empathetic she is to what's going on in the world at all times," Hall added. "That's very rare to find in a human being, but even more rare to find in a superstar who has everything at her disposal. She could use every dime that she has to buy more houses and a bazillion cars, and do things to uplift herself. And she is constantly waking up every day doing things to uplift other people."

Meanwhile, Hall himself is doing his part in uplifting people and fighting bigotry amid the BLM protests and Pride Month demonstrations being held in solidarity with the cause.

"It's affected it so much because I'm a part of two disenfranchised groups -- I am gay and I am African American," Hall shared. "So, being in this industry in general has been very difficult for me. And for a long time I would try to express to people what I was going through without trying to be pessimistic… so for me, this is one of the pride seasons that I'll never forget."

According to Hall, he'd originally planned on being involved in 16 pride events -- almost all of which were canceled due to coronavirus concerns. However, Hall says he's "much happier" to get the opportunity to "march and fight for gay rights and also fight for trans lives and black lives at the same time."

"I hope to have children someday, and I feel like me marching and using my voice and my gift and my platform to speak up for gay rights, trans lives, and black lives is something that I'm gonna be very proud of. To be able to say to my kids, 'I helped play a part in making this world a safer place for you,'" Hall said. "So, it feels good."

Hall said he's also feeling uplifted by Monday's Supreme Court ruling upholding protections for LGBTQ people against workplace discrimination, which has been a cause of celebration for many.

"It makes me feel great," Hall shared. "It's embarrassing that we are just now getting this approved and that we're still fighting for these basic human rights… But it made me feel great to see in the middle of Pride Month."

"We should be protected, and who we fall in love with and who we sleep with when we are at home should not affect whether or not we are able to work, and able to feel safe in the workplace," he added."It's really sad that this concept that feels fairly prehistoric to me is just now being legalized in a massive way. But I am so happy and so grateful that it has happened."

While Pride Month may look different this year due to COVID-19 closures, Hall will still be bringing his talents to the public to celebrate the occasion. The artist has signed on to be a part of HBO's upcoming Human by Orientation event -- a digital Pride Month celebration -- and is set to present a special live musical performance commemorating Juneteenth.

Hall explained that, when he was contacted by HBO about the possibility of the special, he was "so blown away and so excited."

"I had dancers here who are out of work. Who weren't able to work during this [coronavirus outbreak] time period. And I was like, 'This would be an awesome opportunity to give them a gig where still social distancing.'" Hall shared. "It's just gonna be two dancers, and we created masks to go with their costumes. And they brought in a full production into my living room. When I saw how my living room was transformed into basically what felt like a small, mini Polly Pocket arena stage, it was really, really cool!"

HBO's Human by Orientation kicks off June 18, while Hall's special musical celebration airs June 19, in celebration of the Juneteenth holiday. 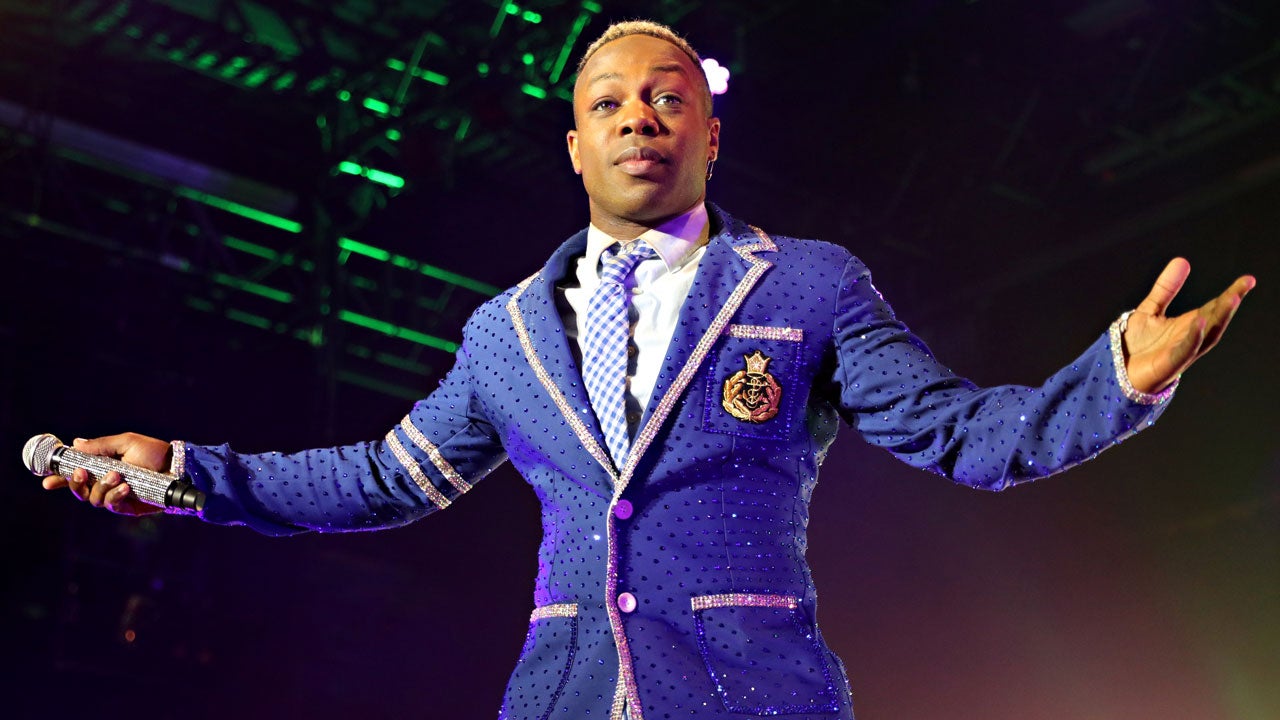