Country Singer Kip Moore on Love, Regrets and His Most Honest Music Yet (Exclusive)

Kip Moore is digging deeper than ever before. The country singer released his fourth studio album, Wild World, on Friday, which explores topics like love, faith and regrets, to name a few.

While the 40-year-old already has a trio of critically praised albums, two EPs, and multiple No. 1 songs under his belt, Wild World is the musician’s “deepest project yet,” something he teased to ET in November 2018, following the release of his heartbreakingly raw Room to Spare: The Acoustic Sessions project.

“It’s a lot,” Moore tells ET of his latest 13-song collection, which he self-produced. “There is so much that goes into it and just the process of writing it while you’re on the road, while you’re back, and it just seems like it never ends… So I’m definitely glad that it’s finally [out there]… and I can let myself kind of breathe.”

The Georgia native, who cowrote all but one of Wild World’s tracks, says this batch of music, which has been years in the making, “took a lot out” of him emotionally, referencing moments in the writing room or recording studio where he “couldn’t get through” lyrics so "deep-rooted," especially with the last track on the album, "Payin' Hard."

Described as "the single most personal song" he's ever written, “Payin’ Hard" is a reflection on Moore's father’s death in 2011, which he wrote with Blair Daly and Westin Davis.

“When I think of that song personally, my dad and another person in my life… I got so much regret the way that I wish I spent my time,” Moore, who admits that he’s “more honest” in his music than in real life, says. “For me, I think that this song is gonna speak on a lot of different levels.”

While Moore says he’ll “always be trying” to make peace with his past, he hopes “digging up the bones of suppressed feelings” and “putting a mirror on himself” and into his music will help somebody else who may share similar feelings.

"There was a safety in that vulnerability for me, so that’s all you kind of hope for, and music does that for other people," the singer shares. "It gives people a little bit of a safe harbor and a way to process their own feelings, so there’s a lot of it in this record."

As Moore is constantly soul-searching, which is reflected in Wild World, the multi-platinum singer reassures he is learning things along the way, including the value of simplicity and forgiving himself.

“We all got our own bags to deal with and I can be really bad about beating myself up and holding onto things,” Moore explains. "I think through the process of making this record, taking time to process those things I’ve learned to try to find peace in those things that I continue to hold onto in my own head.”

With songs like “She’s Mine” and “Sweet Virginia,” when it comes to love and starting a family, Moore, who admits to being “so focused” on his career to where it “consumes” him, is also learning how to be more open to it.

“There’s been an element of me that has always kind of kept the doors shut, not even knowing I got the doors shut,” he says. “But I think that now I’m definitely a lot closer to those chapters to come in my life, for sure.”

Even though Moore told ET back in 2018 that he thinks he'll be a good dad one day, right now he's embracing and enjoying his role as an uncle.

"I spent an hour in an Orlando airport with all the Disney stuff and I’m like, 'I’m out!'" he jokes.

In the meantime, Moore does have his hands full with even more new music ready to go, revealing he’s already worked on half of the next record to follow Wild World, as well as a new release method.

“I already had a talk with my label,” the MCA Nashville recording artist shares. “We’ve been in talks about putting out a 5- to 6-song record every year and three months. So there will be a lot more often. They were talking about maybe this time next June or July I’ll be putting down another project.”

Until then, Wild World is out now.

For more from Moore, check out the video below:

EXCLUSIVE: Kip Moore Will Make You Swoon With His New Love Song 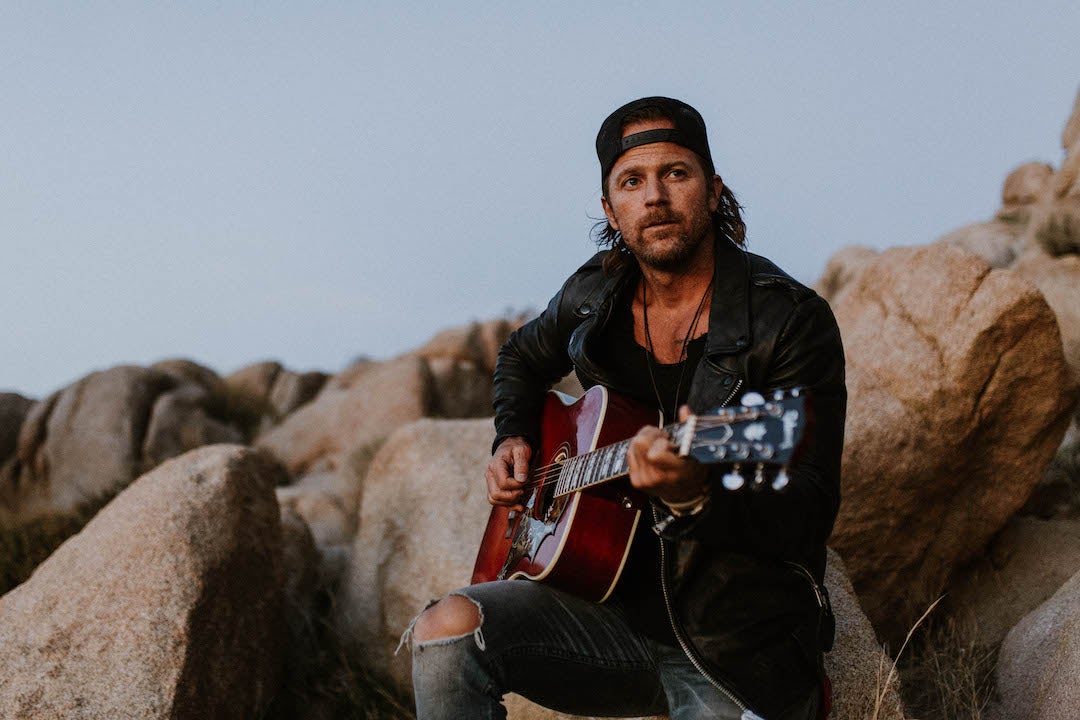