You can watch Houston Life Live at 3 p.m. Monday through Friday! If you miss the show, you can catch it when it airs again at 8 p.m. or the next morning at 9 a.m. on Click2Houston.com and KPRC 2+ in the video player below or on the KPRC 2+ app on your streaming device.

Thousands of Houston-area CenterPoint Energy customers without power during storms

Entering the 2022 season, the Bulldogs were the defending Class 6A State Champions. Bringing home the crown a year ago inside Mike A. Myers Stadium gave Summer Creek the program's second-ever title. Its first at the Class 6A level.

On Saturday, as Darius Rainey put the finishing touches of his high school career with a third gold medal of the night and securing with a 4x400-meter relay victory back-to-back State Championships for Summer Creek.

"It is great for the community and great for the Class of 2022," Summer Creek coach Shelton Ervin said. "It has put us in the category with The Woodlands, North Shore, DeSoto and a couple of other programs that have won back-to-back championships at the 6A level. That's huge."

Rainey was a big piece of the Bulldogs' success, becoming the first-ever athlete to take gold in the 400 and 800-meter races at the 6A level at the state meet. The 4x400-meter relay finish gave him three golds - one of the most impressive performances of the meet.

The USC-signee was determined to walk away as a State Champion.

"Ever since last year when I got finished with State, I locked in," Rainey said. "I had one goal in mind and that was just to win every event I was put in at State. I was going to put the work in because that's my mentality. I want to win."

Ervin added about Rainey: "He's a special kid. Ultimately, I'm just a bus driver that makes sure he gets to the meet. He's easy to coach, most of the time. But when it comes to that track and the baton in his hands or lining up in the blocks, he's a dog. He's special."

In the field events earlier in the day, Aaron Davis shined winning the triple jump. Justin Craft took fourth in the shot put, which also gave the Bulldogs points before all their running events scored.

"We pride ourselves on being a total team," Ervin said. "We build up the field events, the running, the distance and everything to where we can have a situation like this and be the last team standing."

For Summer Creek it is back-to-back titles. For the city of Houston, it is the fifth-straight year that a boys track & field team claimed the top prize.

It seemed as though no record was safe.

Inside the walls of Mike A. Meyers Stadium on Saturday, as the Class 6A events for the day checked off the list, the number of record-setting performances grew as each set of events passed.

Houston-area athletes were a part of quite a few of those.

The biggest came from Tomball Memorial's Molly Haywood in the girls pole vault. Coming in, Haywood was not only a favorite to win the event but also break the state meet record of 13-feet-9-inches that was set only a year ago.

Haywood cleared that mark on her first try to tie the record and then went over at 14-feet to take ownership. Haywood was going jump for jump with Coppell's Skyler Schuller.

When the bar went up to 14-feet-3-inches, Haywood was the only one to clear it, bringing home gold and rewriting the record book.

"Super cool, I'm hoping to beat the record again next year," Haywood said. "But to have it is absolutely insane. I've looked up to some of the girls that have had it for years. To be able to jump like they do is outstanding."

The previous record was held by Cinco Ranch's Scott Sellers. In the 6A boys triple jump, Fort Bend Travis' went all out on his final Damilare Olukosi jump of the day to hit 51-feet-8.75-inches, breaking the previous 6A record from 2001. In that year, Nimitz's Stephen Brown hit 51-feet-6.25-inches.

In the 6A boys shot put, Seven Lakes' Matthew Rueff capped his high school career hitting 68-feet-1.75-inches in his final throw of the day.

"After my third throw I knew I was still missing it off my hand," Rueff said. "I went to my coach and said I have three throws left in my high school career. We went all out, wrapped hard and I just got through the front. I knew that was it when I threw it."

It gave the Auburn track-signee the gold and the Seven Lakes school record, passing Cooper Campbell, who had held it with a throw of 66-feet-7 1/2-inches.

"It means a lot, it's emotional," Rueff said about being in the record books. "I know all these guys, who were the school record holders in the past. Just to have some of them here and be able to watch it and know that I'm on there now it's awesome. It means a lot to me."

The Houston-area had multiple athletes make it to Austin in differing events. Some were in multiple field events, while others held court in the field in the morning and on the oval come the evening.

"It pumped me up," Alix said about missing state last year. "I trained harder and longer. I got a better recovery with a new regiment going so I could get myself mentally and physically prepared."

In the running events, Summer Creek's Rainey brough home a pair of gold medals in the 400-meter, the 800-meter races and the 4x400-meter relay. Mayde Creek's Simone Ballard garnered the gold in the 100 and 300-meter hurdles.

"This gives me a lot of confidence," Watkins said. "Because it shows me that I can compete with older guys." 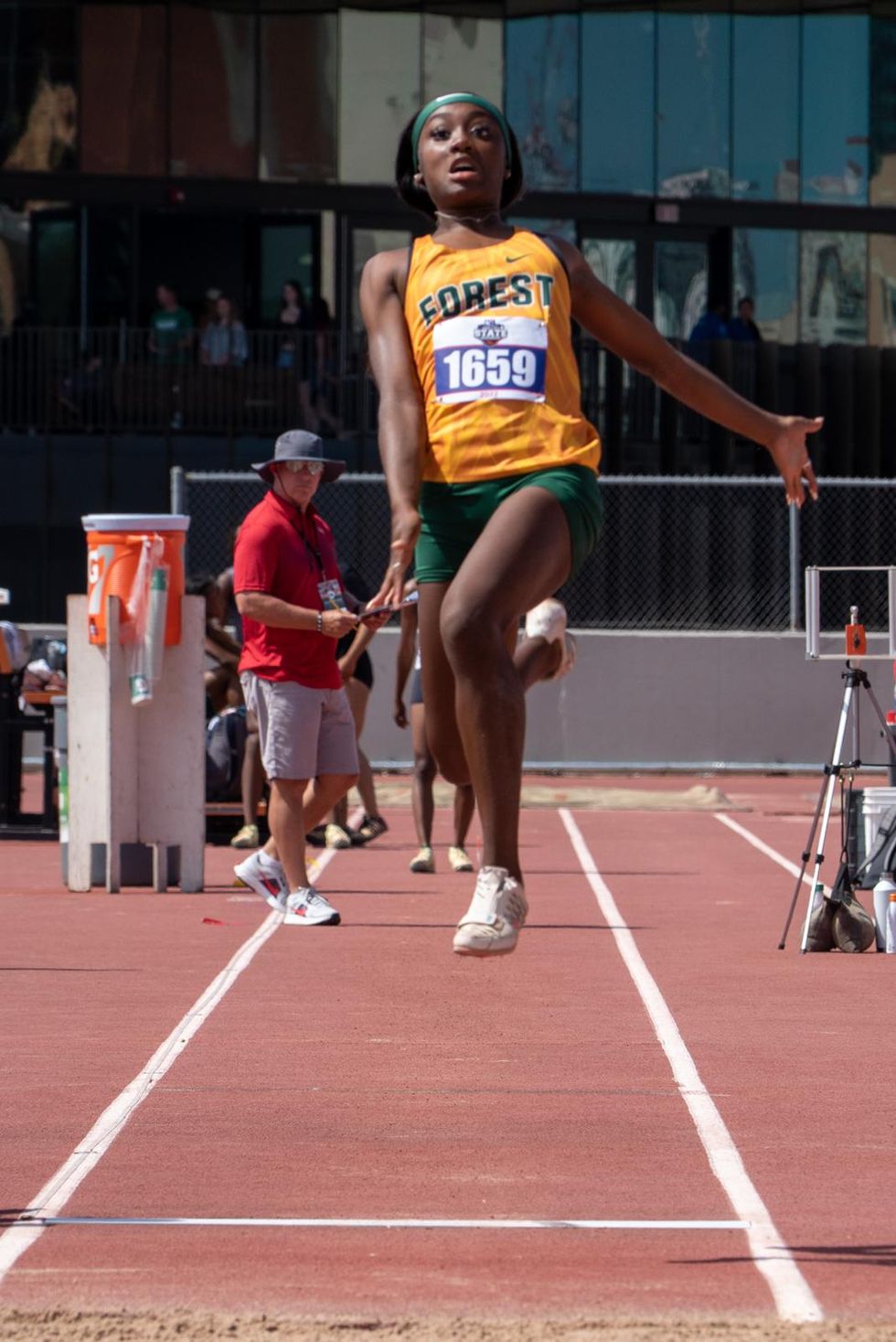 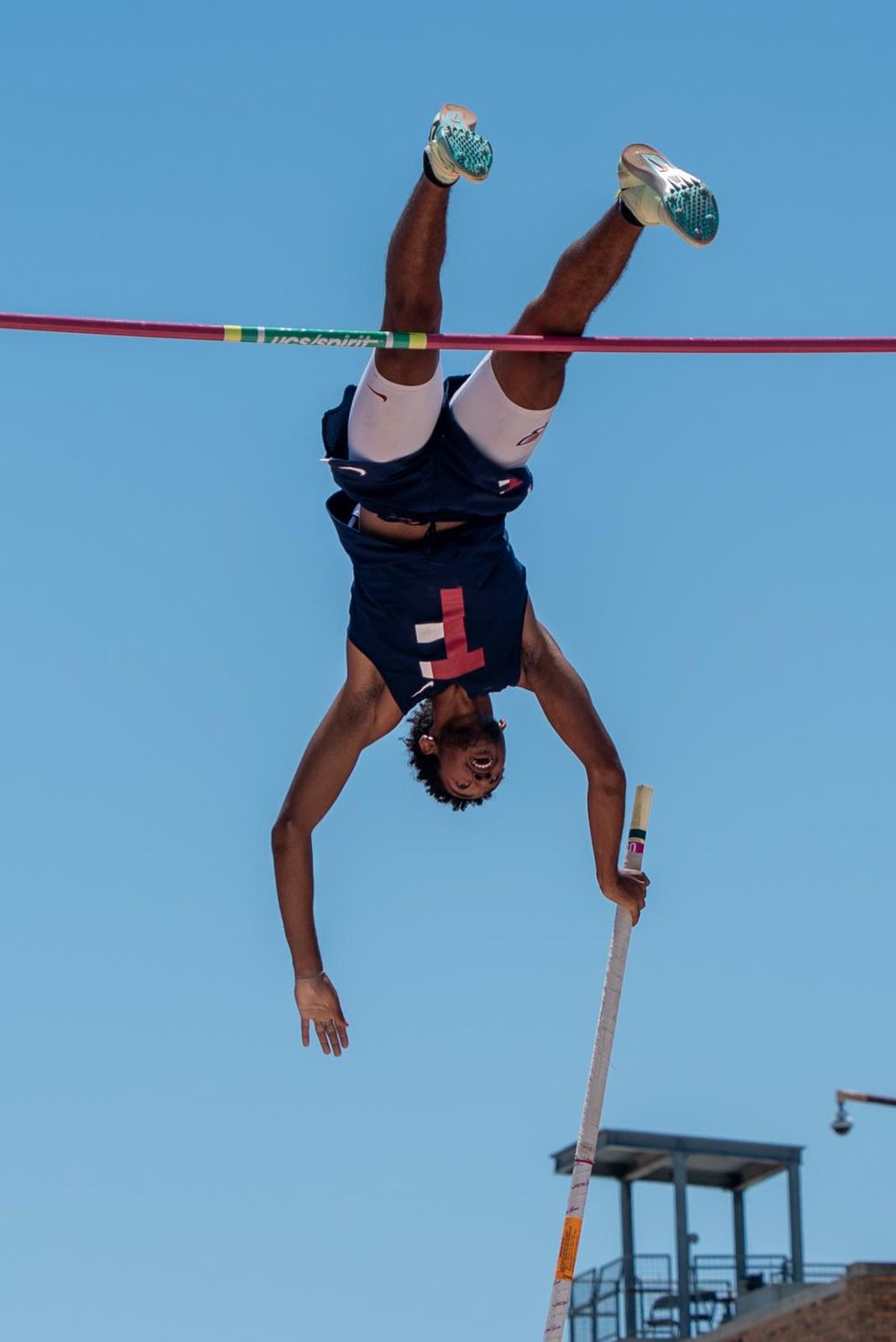 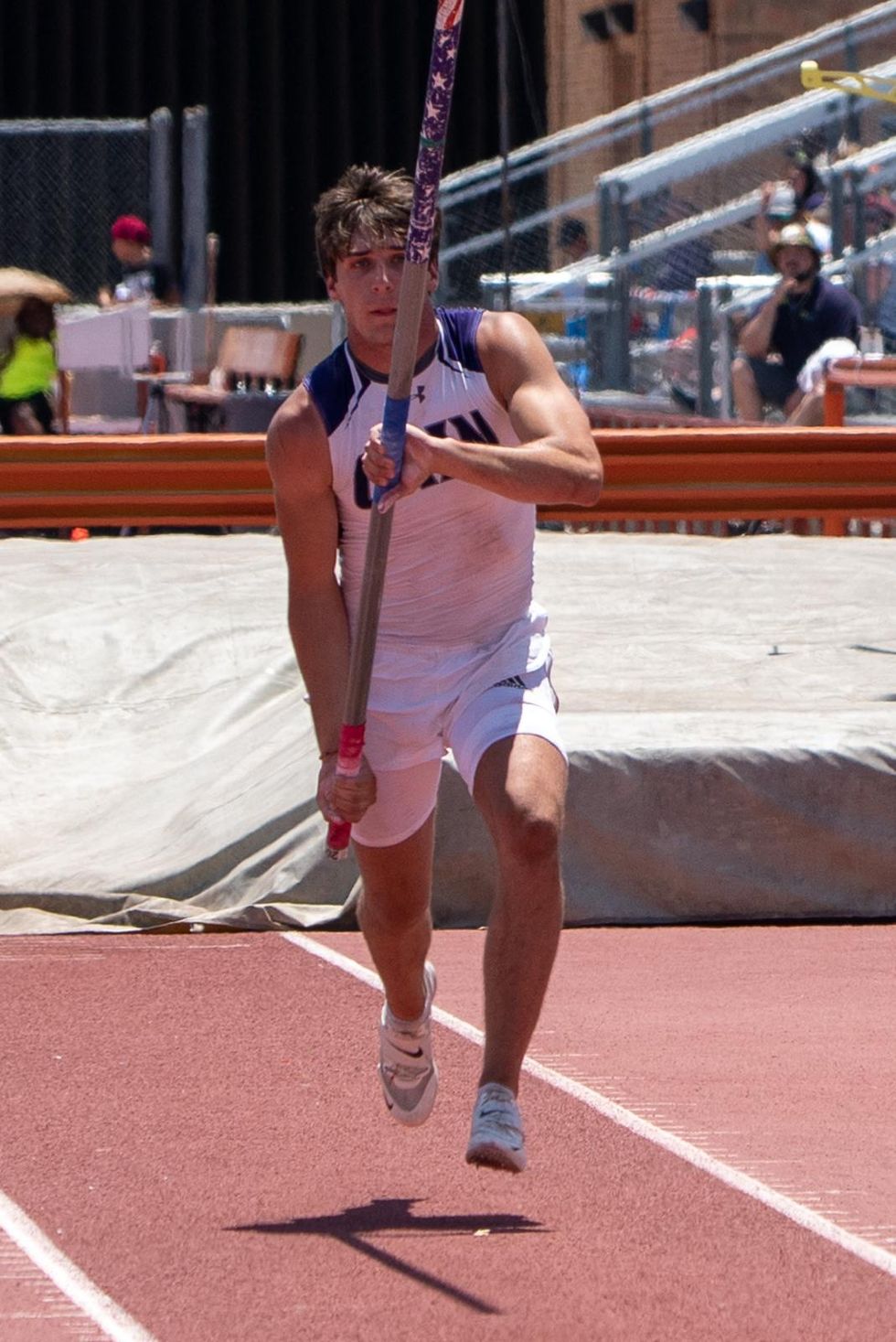 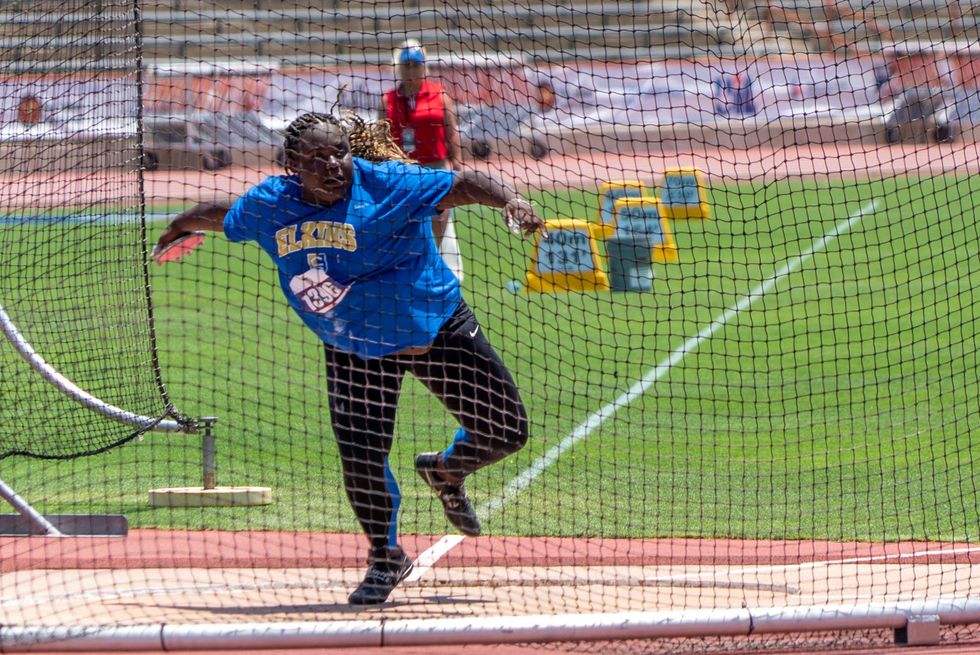 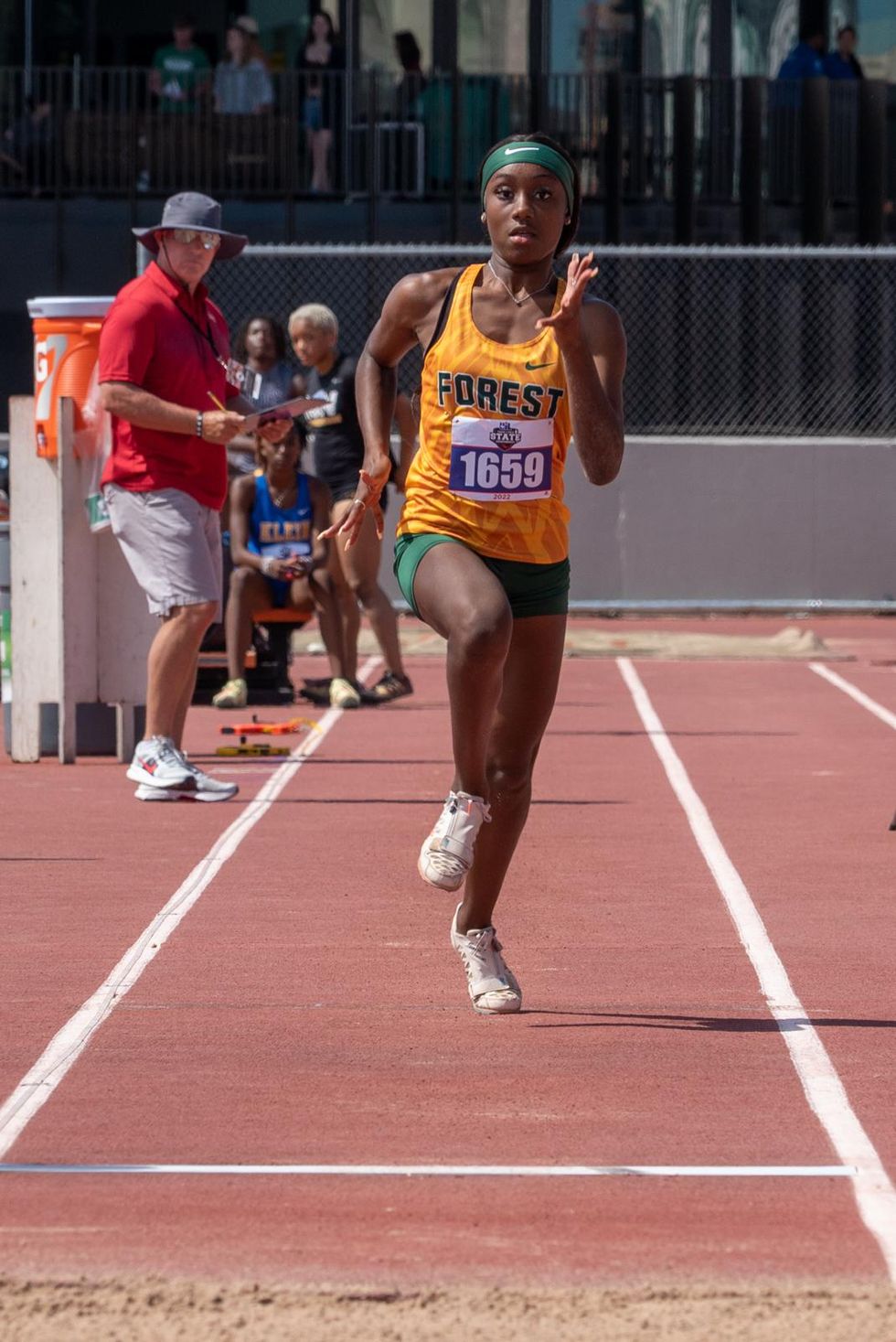 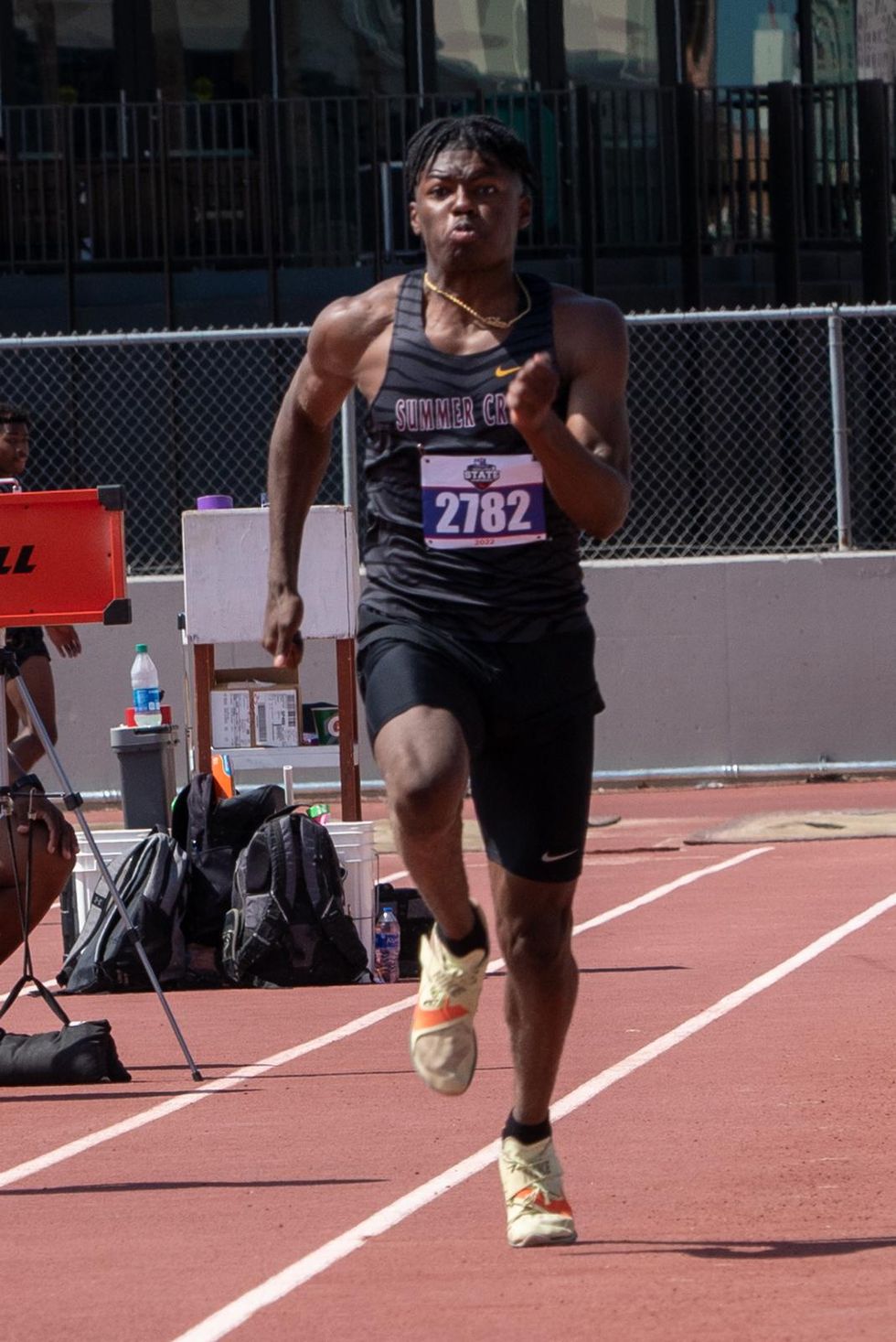 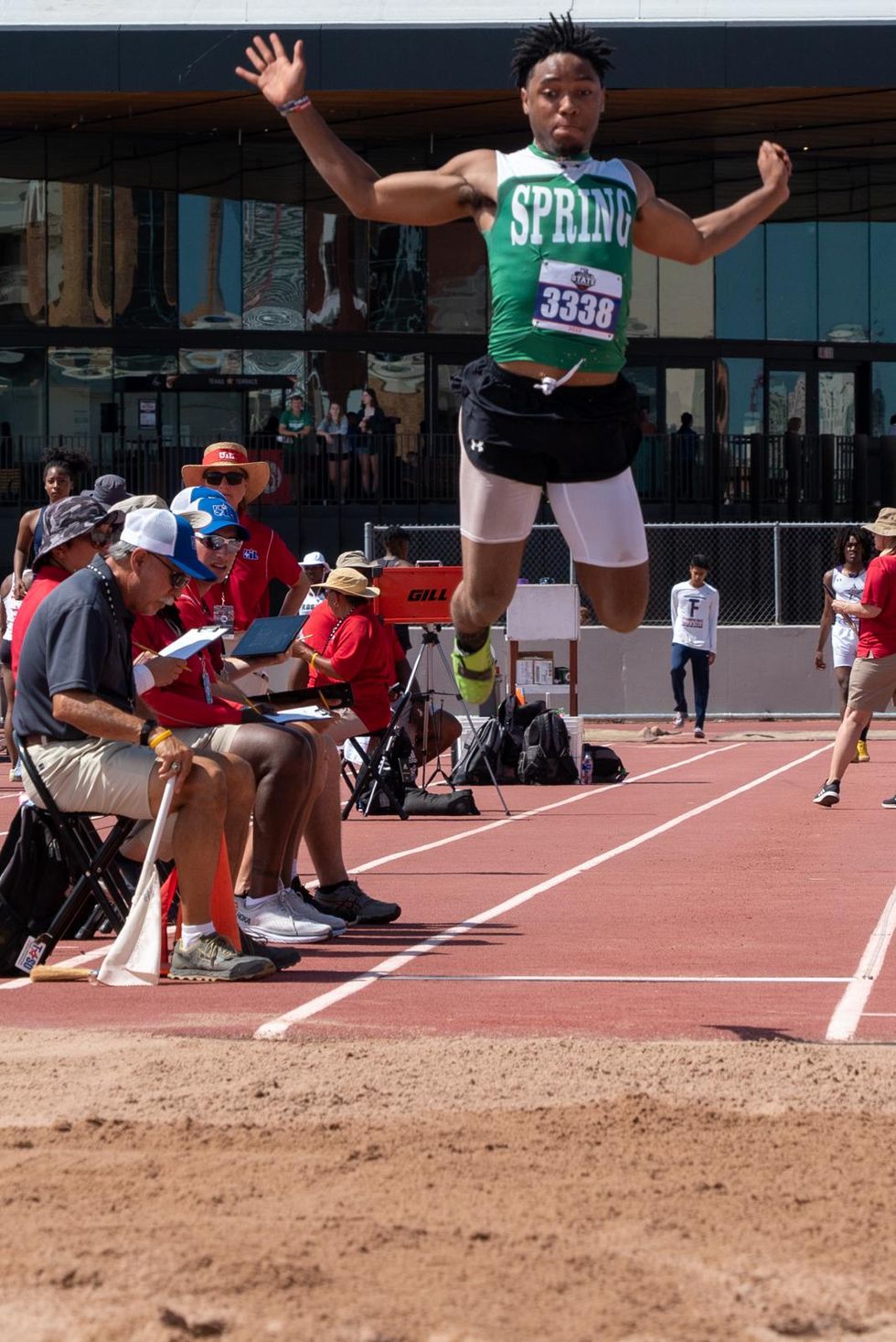 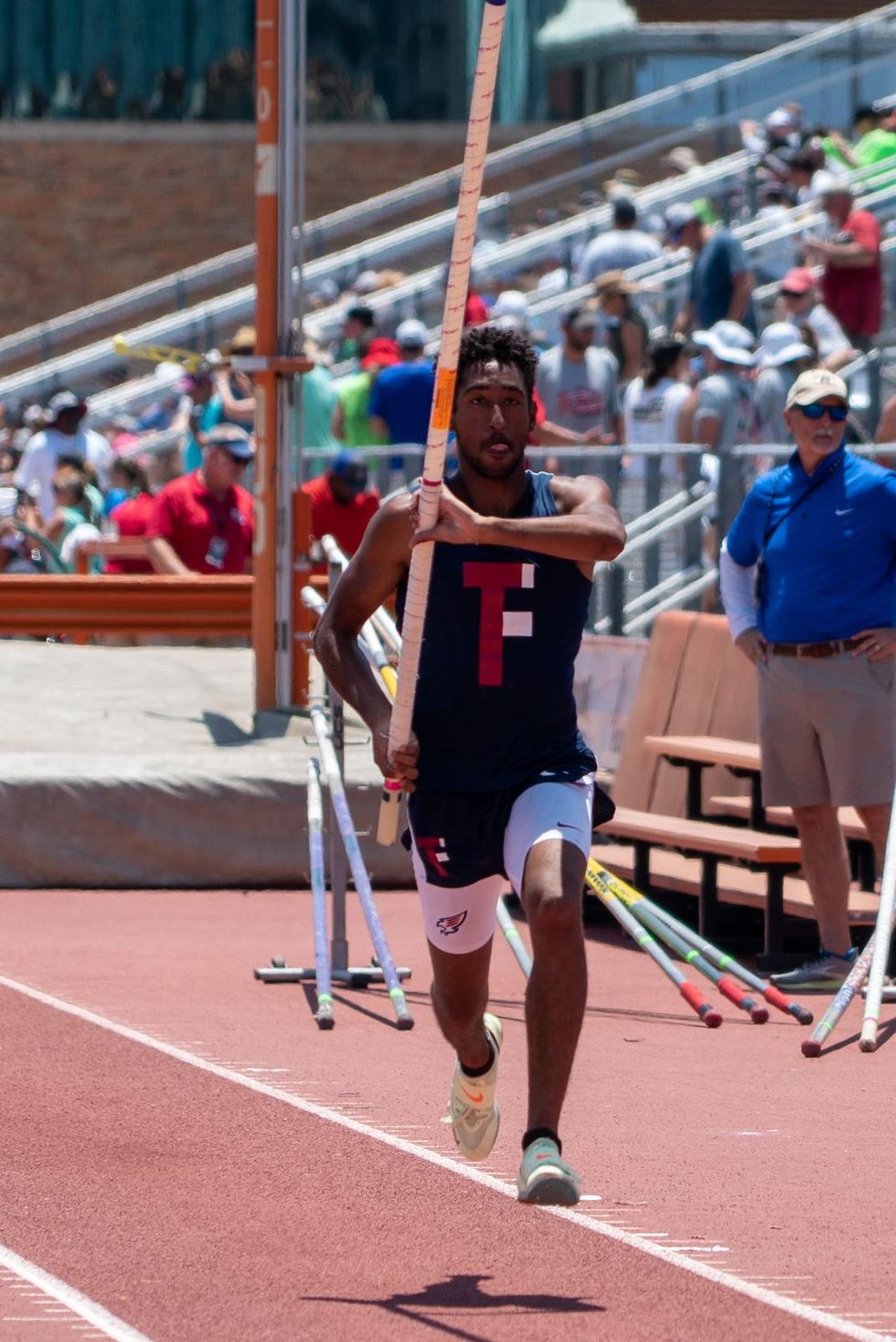