Juvenile hospitalized after being ejected from vehicle in northwest Harris County, sheriff says

KATY—Paetow’s football program is experiencing the highest of highs this season. The 14-1 Panthers are dominating playoff opponents by an average of 44 points per game and one win away from a state title.

But players and coaches are only able to fully and understandably appreciate the opportunity to still be playing because they experienced the lowest of lows last year.

Paetow lost one game in the 2020 season, and it wasn’t the last one. The Panthers weren’t state champs, either. They were forced to not play their area playoff game because of an abundance of COVID-19 cases. The result went down as a “no contest,” not a forfeit, and ended their season.

“For our playoff run and high school career to end like that broke me and other seniors, because our hard work was about to put everyone on notice,” Class of 2021 safety and 2020 team captain Carl Simon said.

It was devastating for the 33 seniors. It was just as harrowing for those who would return.

“The locker room was filled with sorrow and sadness,” senior defensive end Jacob Johnson said. “For those seniors, it sucked. What it did for us, though, was give us even more motivation. We’re playing for those seniors, and we have an opportunity to finish what they started.”

That has been the battle cry for the Panthers as they face College Station in the Class 5A-Division I state championship game at 7 p.m. Friday at AT&T Stadium.

The Panthers’ journey this year—their rise to being one of the state’s best of the best—isn’t just for them. It’s for everyone that came before them.

“It was this week last year that we got shut down and told we couldn’t play,” said coach B.J. Gotte, who broke down in tears when he told his players the news. “It was a tough pill to swallow. I felt for my seniors. It was a tough deal.

“Our kids keep that in the back of their minds. I don’t think they focus on it or dwell on it. But it motivates them.” 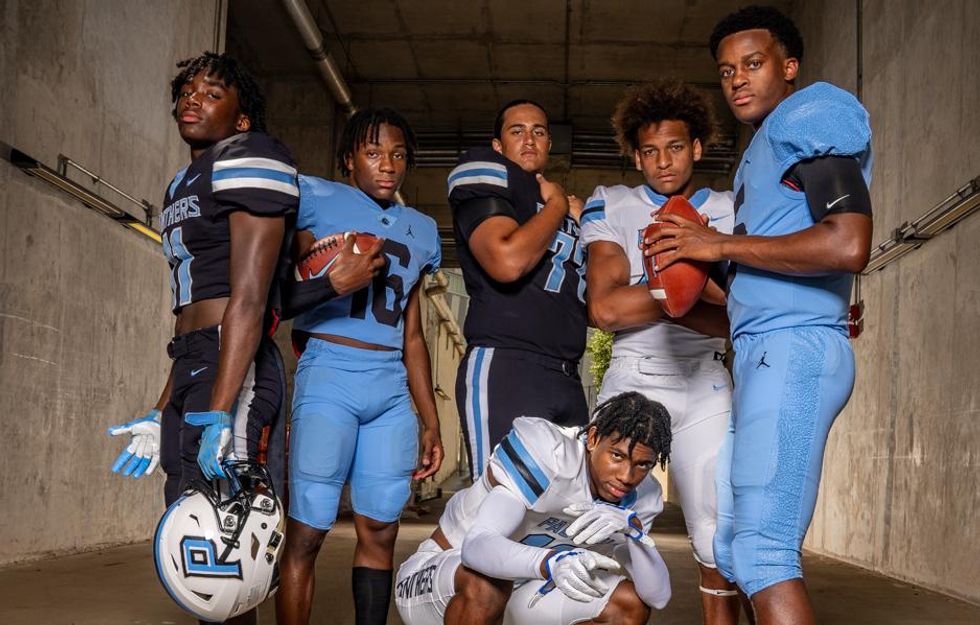 This year's Paetow Panthers are determined to play for last year's seniors and avenge the heartbreak of 2020.Bradley Collier | VYPE Media

Six days after earning the program’s first playoff win against Baytown Lee on Dec. 11, 2020, Gotte was told by Katy ISD’s emergency management team (EMT) the Panthers could not play against area-round opponent New Braunfels Canyon that week. Eighteen of 22 Paetow starters had tested positive for COVID-19.

Prior to that decision, the game was rescheduled once, from Dec. 17 to Dec. 19, before six more cases showed up Thursday, Dec. 17. That’s when the EMT determined it was in the best case of players and their health to not play, though Gotte made it known he was confident he could still put a team on the field that would compete and play hard.

Ultimately, though, the decision was the EMT’s to make.

Canyon took a “bye” because of the circumstance and moved on to the regional semifinals. Paetow closed the year 9-1 and on a four-game win streak.

“The potential was there, but now we will forever be left on a ‘what if,’ which is maybe the hardest pill to swallow,” Class of 2021 fullback Randle Kelley said. “But it’s a great feeling knowing someone is still fighting for our goal and now has a legitimate shot at an already storybook run. I love that team so much, and it really would bring me closure to see them come out on top and not forgetting about what we had.”

Paetow players felt the start of something special taking place last season. The Panthers made the playoffs for the first time the year before. They were coming off another milestone, their first playoff win, in demonstrative fashion, 70-18, against Lee.

And then, coldly and abruptly, the season was snatched away.

“I think what I take away most is we set the standard of excellence,” Class of 2021 linebacker and 2020 team captain Christian Tibbetts said after learning of the team’s fate that Thursday last year. “The encouraging thing is we can always get better. And that’s what I expect out of these underclassmen. I want to see Paetow win a state championship, and I’ll be around to see it happen.”

This year’s Panthers are determined to prove Tibbetts prophetic.

“It’s more than us,” senior defensive back Kentrell Webb said. “We’re playing for more than just ourselves.”