Employee accused of stealing fentanyl from emergency room in Spring

HOUSTON - Tyler Douglas didn't have the traditional upbringing when it comes to the game of baseball like many of his teammates at the John Cooper School did.

That's because he had to go the roughly 139 kilometers (86 miles) from Abu Dhabi to Dubai to practice with his Little League team.

Douglas' father works in the oil industry, which took the family overseas for the majority of his childhood. After a short stint in California, the Douglas family moved to Bahrain, where Tyler first played T-Ball.

Then, in the second grade, the move was made to Abu Dhabi, where he would spend the next eight years growing up and along the way playing baseball. When he first started playing, there was a local team in Abu Dhabi but over time the main kids moved to the United States for various reasons.

When Tyler was between the age of 11 and 13, he played for the Dubai Little League team, which was in the Middle East-Africa Region before moving to the Asia-Pacific Region. It was then they would make the three-hour round trip twice a day to go to practice. In his time chasing a berth at the Little League World Series, Douglas' team played squads from Saudi Arabia, Korea and Chinese-Taipei.

"It was a rewarding experience because we got to play some crazy competition," Douglas said about playing for the Dubai Little League team. "These kids were so well coached. Got to play against the Korean team that won the Little League World Series that year. It was crazy baseball. It was a cool experience." 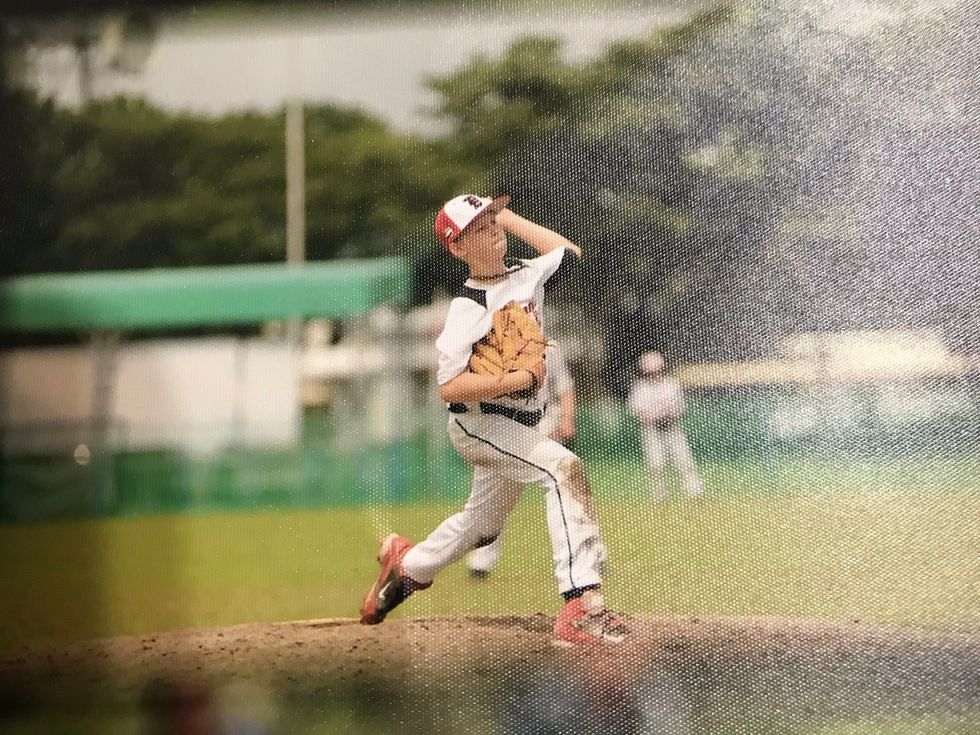 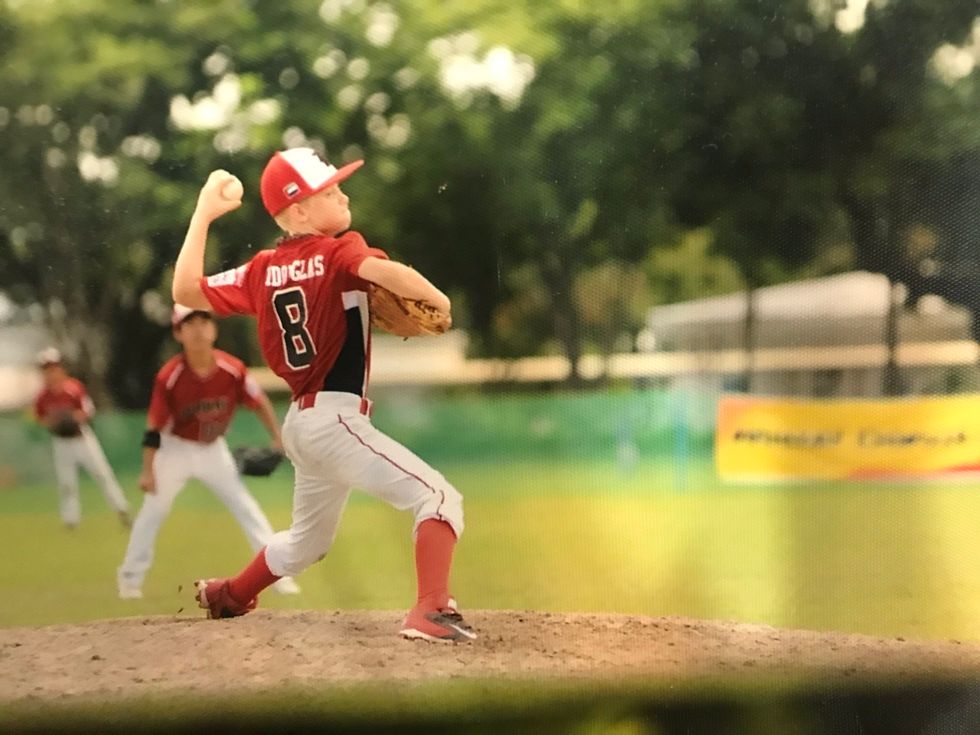 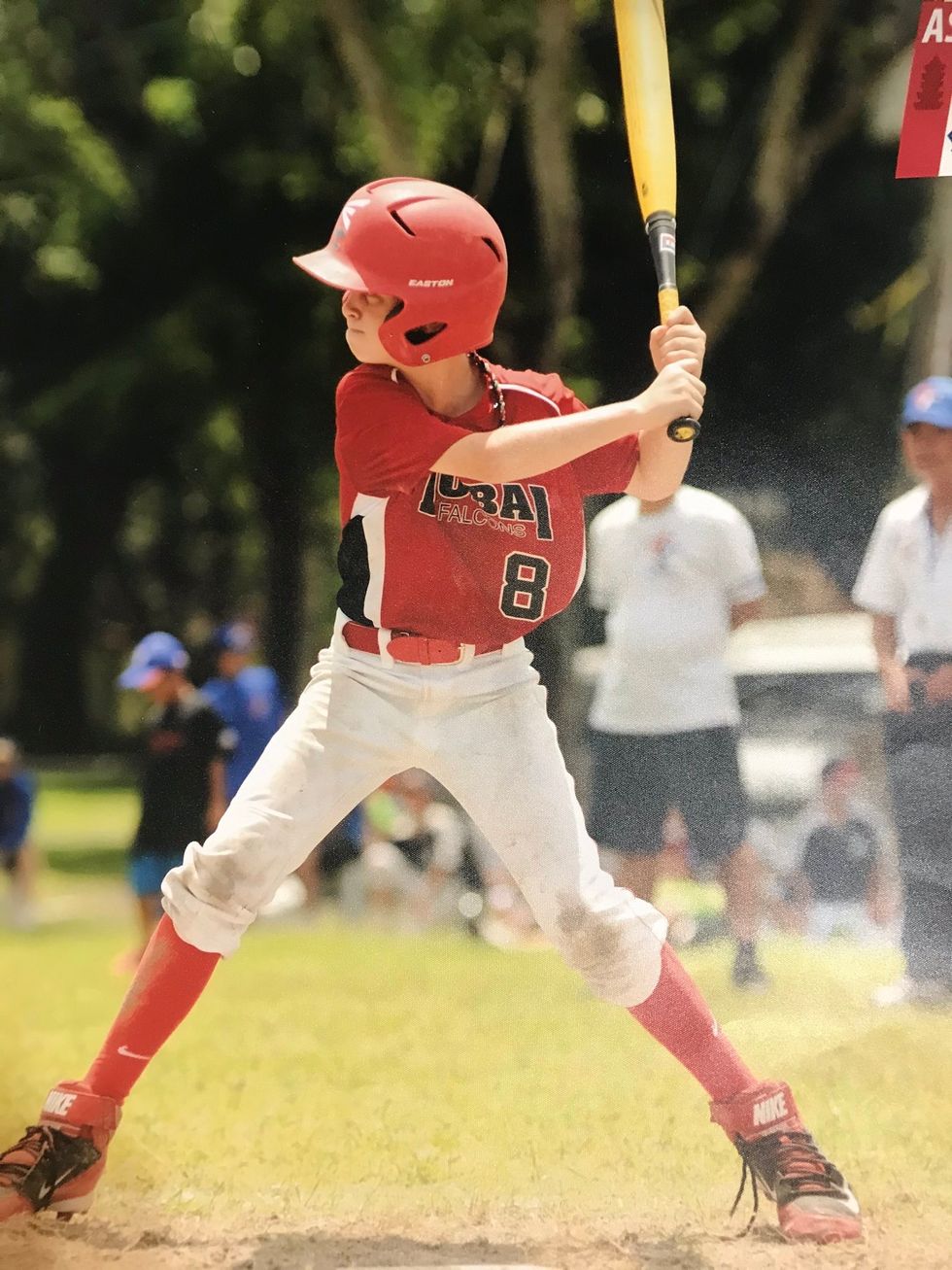 When he aged out of Little League, Douglas had to find different travel teams to play on, which would travel all over the Middle East, the United States and even to Australia. At one point, Douglas even played for a team from Singapore called The Hit Factory, which traveled to the West Coast of the United States for games.

As he pushed into high school, Douglas attended the American Community School in Abu Dhabi, which is a littler smaller than the John Cooper School in numbers. He played everything - volleyball, rugby, soccer, basketball, baseball and soccer.

Playing different sports, Douglas said he believes has helped him get to where he is today on the baseball field.

"I didn't know until high school that I was going to focus on baseball," he said. "So, I think that helped with my overall athletic ability and the intangibles, like running and jumping, that can help your game."

Heading into the 10th grade, Douglas' father took a different role with his oil company, which allowed them to move to Houston for him and his brother to chase the dream of playing college baseball.

"He pretty much put his life on pause for us to pursue our dreams," he said.

When they moved over to the United States in the summer leading into his sophomore year, Douglas joined the Hunter Pence Academy.

"I just came and wanted to play baseball," Douglas said. "I had not seen so much baseball in my life because it's not part of the culture [in Abu Dhabi]. I was just wide-eyed and ready to get started."

He played in the summer and that fall. Douglas immediately started garnering college baseball offers. Teams liked his arm strength. When he was young, Douglas said he would pitch a lot overseas, which now has helped him in his position in centerfield.

What's crazy, is unlike his teammates in the United States, Douglas didn't make weight training a priority until he was 16.

"I think it was good that my foundation wasn't based on lifting weights so early," he said. "It was good focusing on speed and throwing. I've always been fast. When I moved here I was skinny and tallish. I just noticed as I grew older that a lot of kids were more physically matured. I had a better feel for the game than most kids. I've always thrown harder, I've always had a whippy, strong arm. I didn't hit the long ball. I was probably 150 when I moved here, I'm 185 now. I've put on 35 pounds just working out in the gym."

Douglas is signed to play baseball at Davidson College, while his brother as also committed to Ithaca. Check out the rest of our VYPE Interview with Tyler Douglas below.