THAT DUDE: Cy Park’s Perkins one of biggest stories in college football

Harold Perkins is “that dude”.

He’s an alpha in a locker room full of alphas, especially at LSU - where young Tigers morph into NFL stars in a matter of a few years. The program on the banks of the Mississippi River generates pros like the refineries and chemical plants down River Road pump out petrochemicals.

The LSU true-freshman linebacker has exploded onto the college football scene and is a big reason why the Tigers have exceeded expectations in coach Brian Kelly’s first year. He's Devin White (Tampa Bay Bucs) wrapped in Tyrann Mathieu (New Orleans Saints)... as a freshman. 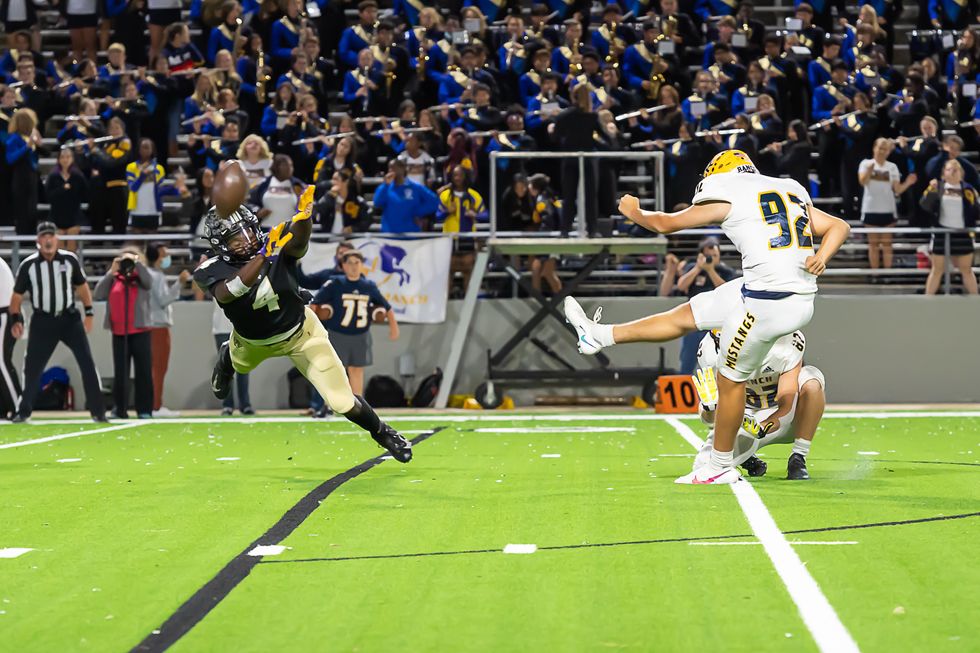 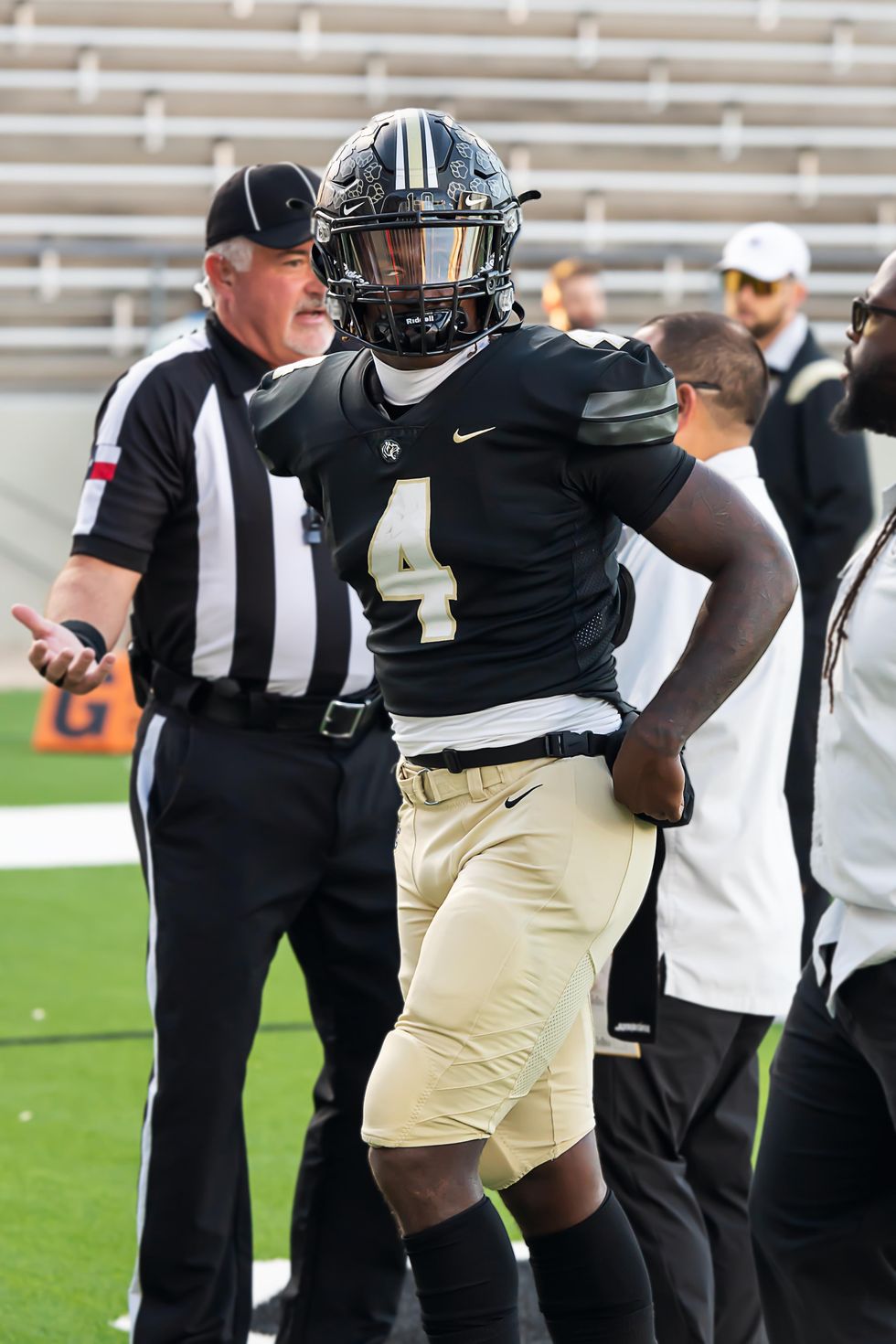 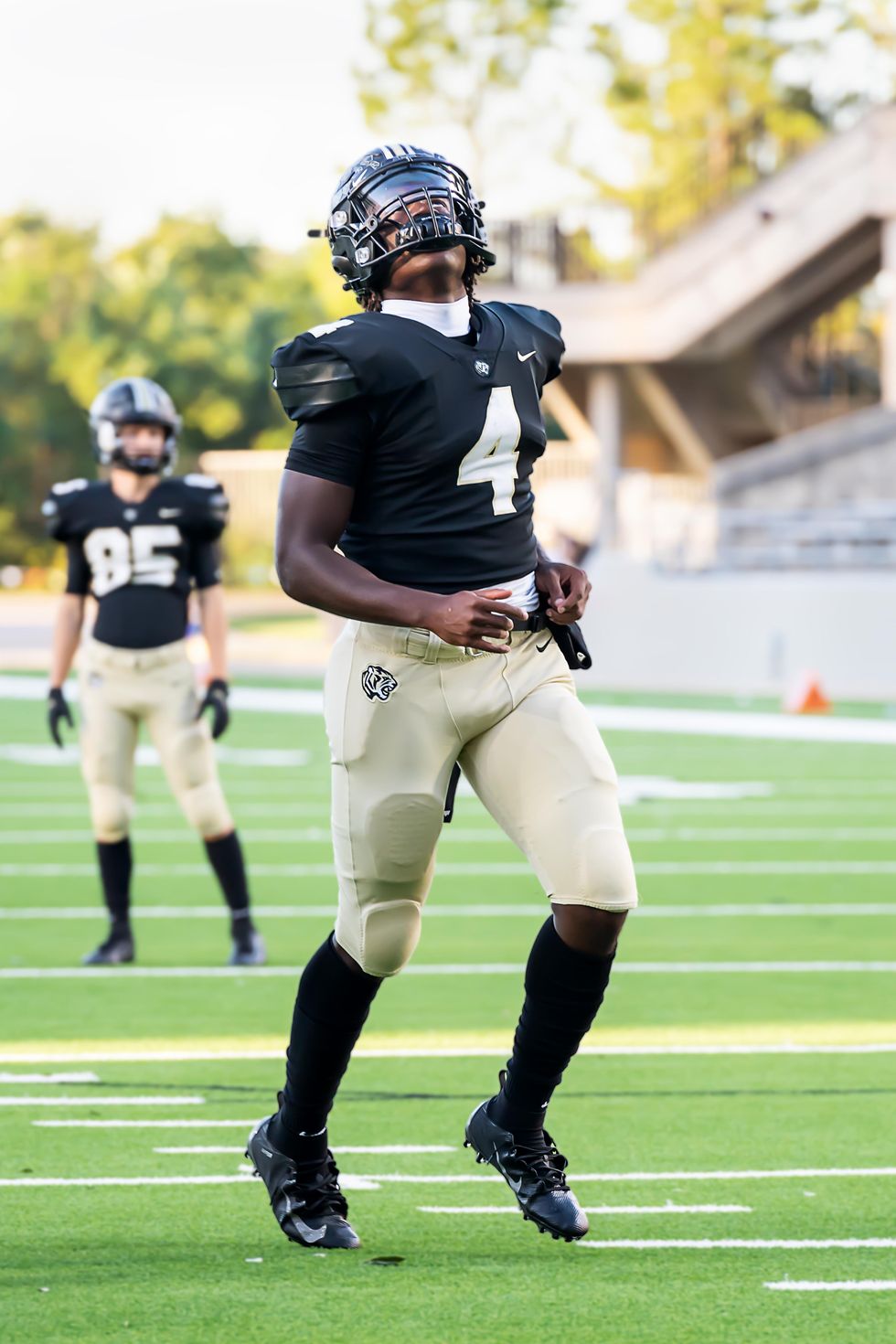 Now, all he needs is a nickname.

The highly-coveted, national-recruit was the No. 2 linebacker in the country coming out of Cypress Park High School, far from a super-power in the talent-rich Greater-Houston Area.

“I met Harold in the eighth grade… he wasn’t even playing football,” Cy Park head coach Greg Rogers said. “He was a hooper. His junior-high coaches told me if he got on the football field, he’d be special.

“He played his freshman year and quit after the season to play basketball. I remember talking to him in the hall right after basketball ended and asking where he was. ‘That was the plan. I was gonna play with my friends as a freshman then go straight basketball. I’m not coming back,’ he told me.

“I’m never gonna try and talk anyone into playing football or force them, but I told him to think about it for 24 hours and get back to me.”

A day later… still no Harold.

Now, keep in mind, Harold was the quarterback of the freshman team. That’s where the best athlete plays, right?

“For four games, he would fumble the snap… then pick it up and run around for a touchdown, often un-touched. Every time,” Rogers laughed. “Going into the fifth game, I asked him if he did that on purpose. He’d look at me with a smile, ‘Nah Coach, I wouldn’t do that’.

“We knew we had something special when he was in the ninth grade.”

Rogers got a knock on his door a few weeks after that hallway discussion.

“He told me he made a big mistake and would like to come back out for football,” Rogers said. “He knew what it took. No special treatment. He had to fill out an application and write an essay. He had to be here in the summer for the time he missed. He did it all.”

That season, he started out on the junior-varsity, before working up to play under the Friday Night Lights. He would be named the District 14-6A Defensive Newcomer of the Year, sound familiar? The next season, he was a first-teamer on offense and defense. The next he was a national recruit and an Under Armour All-American. Now, he's the SEC Defensive Player of the Week and He committed to Texas A&M in early January, before de-committing. He signed with LSU weeks later.

“I had some of my coaching staff over to watch the Alabama game,” he said. “He’d run down Bryce Young and we would look at each other and remember him doing that for us. His first 10 to 15 yards is the fastest I’ve ever seen. Then, I would see Coach Kelly talking to him on the sideline during a mistake he may have made. I remember having those conversations with him.

“He’s a charismatic guy,” Rogers laughed. “Even when he makes a mistake, you just can’t stay mad at him long. He’d always look at me and smile, ‘I got you coach, don’t worry about it’.

“And then he’d go make a play you have never seen before on a football field.”

The transition from the high school game to the college game as a true freshman is a huge leap for some. For everyone honestly, Not for Perkins.

Even now, Rogers will get a Facetime from Perkins.

“He’s either off to study hall or the weight room. He just has that innate drive that others don’t. That’s why he has no ceiling.”

Having a Harold Perkins walk the hallways is a blessing and a curse.

“Kids in the program think that if Harold can get recruited by everyone in the nation, then so should they,” Rogers said. “Well, it doesn’t work like that. He’s the best I’ve coached and the best a lot of opposing coaches have ever seen. He put in the work to be the best, but he’s a freak.”

The college football landscape and NFL scouts are quickly finding that out.