Woman shot, killed in apartment while children were inside in southeast Houston, HPD says

The John Cooper School had a big week with two wins on the volleyball court and a lopsided win in football.

The Dragons are officially 1-0 in SPC play as they secured their first conference road win! Rivers Kolesar had an outstanding offensive night with 10 kills with Julianne Hon right behind her with nine kills and 23 digs. Lauren Wolford ended the night with 30 assists and an outstanding eight service aces! The Dragons rallied back after a slow start, dropping the first set due to a few too many unforced errors, but regrouped and won the second set 25-12; then continued their momentum to take a strong third and fourth set win to secure the match.

Next up for Dragon Volleyball 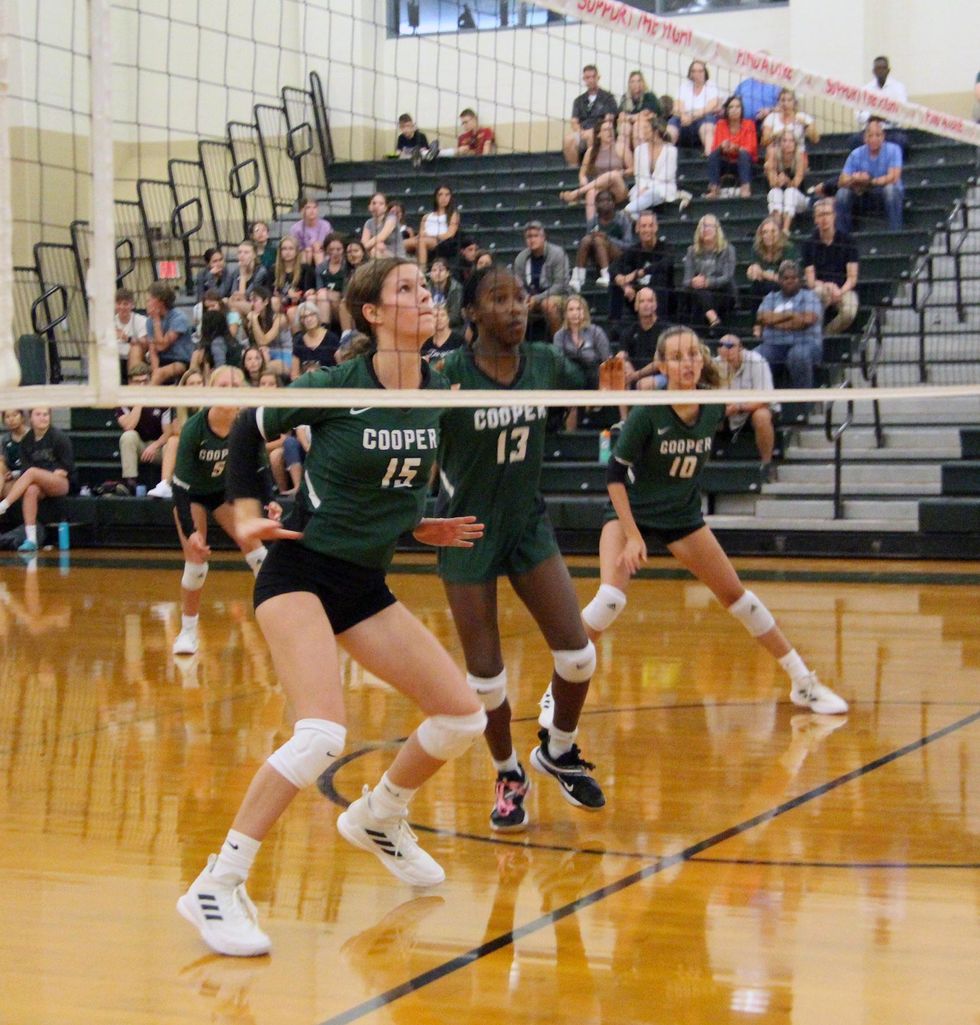 The Dragons started their SPC 3A journey last night on the road and kept the bees in their hive, dominating the Greenhill Hornets 51-13. The Dragons scored early and often with whatever play they liked as they headed into halftime up 44-0. QB Vaughn McKeever passed for over 275 yards and four touchdowns, hitting his favorite target WR Kielar Sullivan seven times for 127 yards and three touchdowns. RB Dean Calhoun had another standout night rushing for 120 yards on 11 carries for two touchdowns; Calhoun even added another touchdown receiving. The Cooper defense held the Hornets to under 150 yards of total offense, with -8 yards of rushing on the night. It was junior DT Jackson Todd who continued to make a name for himself in the SPC causing wreckage along the offensive line, getting two sacks early and plugging Hornet running lanes all night. Junior CB Nico Signorelli had a strong evening locking down the passing on his side and coming up with multiple tackles; senior LBs Alex Rovirosa and Owen Baadsgaard each also played well racking up multiple tackles and helping hold Greenhill to only 2/12 on third down. The Dragons return to the lair this week as they play their homecoming game against the Owls of Oakridge Friday night at Pugh Field on The John Cooper School campus.

Next up for Dragon Football:

Next up for Dragon Cross Country

October 1 at Chili Pepper Festival, 7 at University of Arkansas