Have you seen Earl? Police searching for missing 81-year-old man diagnosed with dementia

After a brief break, we are back taking a look at the top football recruits of the 2023 class in the state of Texas. After looking at all the offensive weapons we now move to the defensive side of the ball to look at what some consider the “QBs” of the defense; the Linebackers. 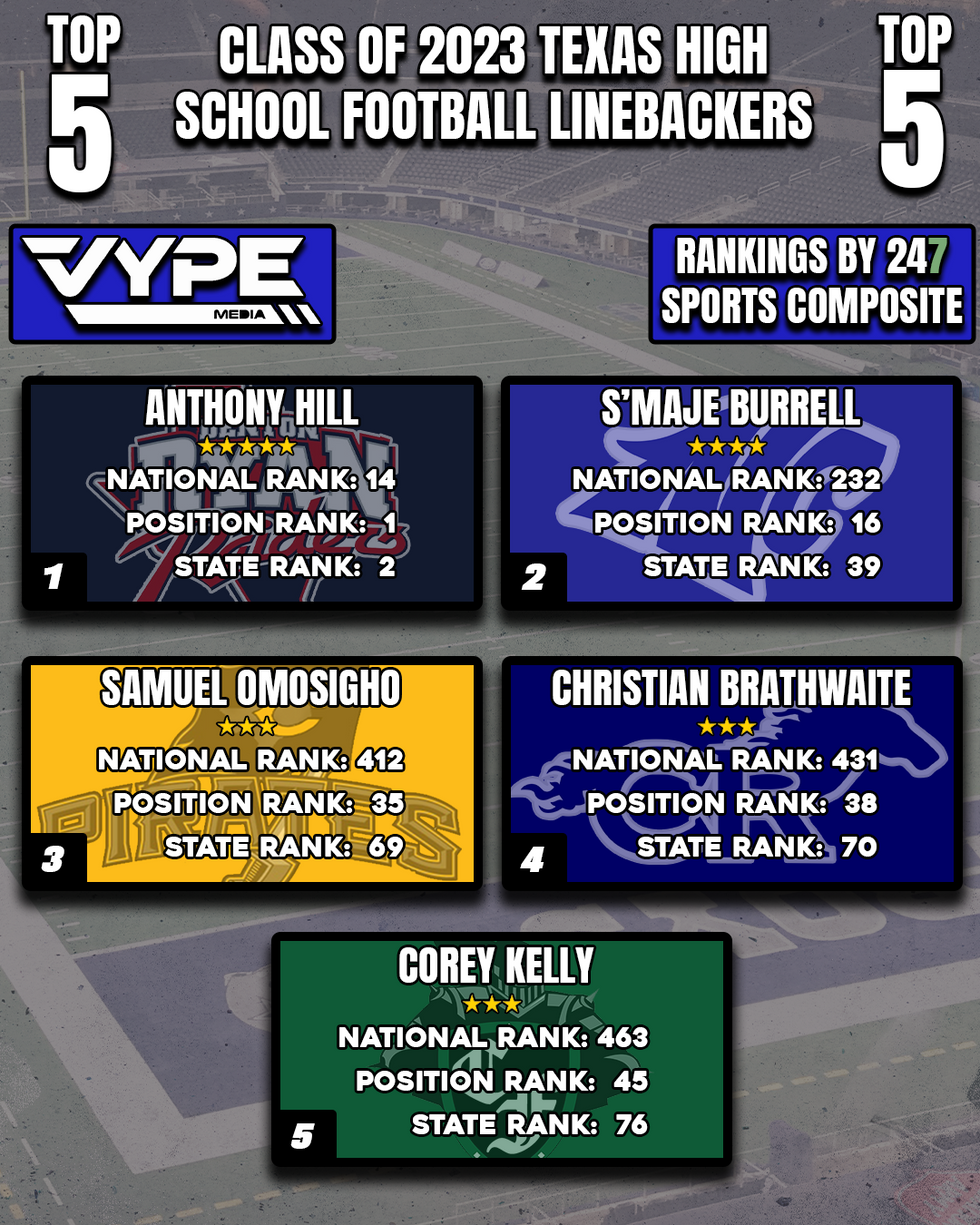 Anthony Hill-Denton Ryan: The 5-Star LB is one of the hottest commodities in the nation heading into his senior season. His offers list is a mile long, but in early 2022 he narrowed his list to six: A&M, UT, Alabama, Oklahoma, Miami and USC. He will head into his last year of High School football looking to get Denton Ryan back to the state title game.

S'Maje Burrell-North Crowley: One of the top players in the 2023 class, S'Maje didn't need to wait until his senior season to commit. Burrell picked Texas and will be looking to fine tune his craft as he heads to the 40 Acres after his senior season.

Samuel Omosigho-Crandall: The 3-Star Linebacker (4-Star outside of 247 composite) is down to 10 teams in his recruitment process: Oklahoma, SMU, Auburn, Florida, Ole Miss, Nebraska, Oklahoma St., Michigan, TCU, and USC. His athleticism will be a huge asset as an off ball linebacker not only for Crandall but for whatever college he commits to.

Christian Brathwaite-Cypress Ranch: Christian will be headed to Waco after his senior season, committing to Baylor back in January. The 6'3" 225 linebacker is perfect not only for his positions, with long arms and strong base, bur for the next level as well. He will look to continue to be a destructive force on the defensive side of the ball along with his teammate Ashton Porter for their senior year.

Corey Kelly-Clear Falls: Brathwaite won't be the only one heading to Waco after this season. Corey Kelly committed last week to Baylor and will help Baylor have a young core of talent on the defensive side for Dave Aranda to work with. Kelly had 97 tackles, 4 sacks and 11 pass breakups in his junior season. He will look to continue to bring continued success to Clear Falls in his senior year.

100% Committed 🟢🟡 Glory to the man above I would not be here if it wasn’t for him. @BU_CoachCollins @BUFootball pic.twitter.com/Oly8B94GHP