Whether you’re looking to buy, sell, or just make the most of the home you have, “House 2 Home with Lily Jang” is the show for you.

How to stop Cade Klubnik? Confident Tigers know they’re in for a challenge

Cade Klubnik is not just QB1 for defending back-to-back state champion Austin Westlake, the No. 2-ranked team in the nation. The Clemson commit is also the No. 1 quarterback in the Class of 2022 per 247Sports, a five-star recruit, and the recently named Gatorade Texas Football Player of the Year.

Klubnik has thrown for 2,619 yards and 34 touchdowns and rushed for 405 yards and 12 more touchdowns in 11 games this season.

So if Katy hopes to defend its own state title, it will have to stop, or at the very least significantly limit, the 6-foot-2, 186-pounder when the two undefeated teams meet in the Class 6A-Division II state semifinal at 2 p.m. Saturday at McLane Stadium in Waco.

“He’s as good as anybody we’ve played,” Katy coach Gary Joseph said. “(Former North Shore quarterback) Dematrius Davis was a great high school quarterback and this kid’s got a lot of the same attributes. The Davis kid could run and throw and had good receivers to throw it to. This kid does, too. His offensive line is more polished and better than what they probably had at North Shore. Both of them have real good football teams, but the Klubnik kid is as good as we’ve played this year.”

Davis, now playing at Auburn, was the electrifying dual-threat quarterback that led North Shore to two state championships in the previous three years. It was Klubnik’s Chaparrals that ended Davis’s high school career last season in the Class 6A-Division I state semis.

“We haven’t played anyone like him since Dematrius,” senior linebacker Ty Kana said. “He’s a playmaker. He can throw the deep ball. He’s a runner. He can do everything. There’s a reason he’s a five-star.”

The Tigers know what they have to do to make matters difficult for Klubnik this weekend.

“Contain him and keep him in the pocket,” senior defensive end Malick Sylla said. “Closing him down. Making them stick to the run game.”

“The defensive line and linebackers, we have to get pressure on him,” senior defensive back Hamilton McMartin said. “The secondary, we have to be on top of their receivers. He doesn’t make a lot of bad throws, but whenever he does, we have to make him pay for it.”

“We have to tackle,” Joseph said. “We can’t miss tackles and we can’t blow coverages. We have to keep them in front of us. It’s a lot easier said than done. We have to do a real good job of breaking on the ball and contesting the passes. The kid’s thrown for a 72 percent completion percentage, so you can’t count on him missing many, but we have to contest.” 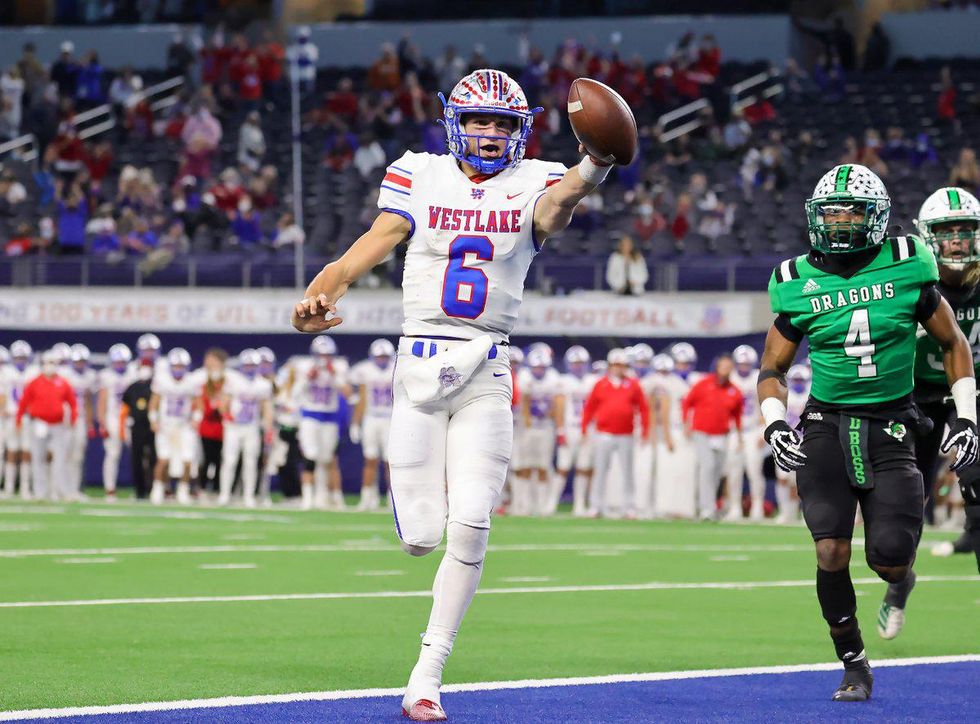 Klubnik is an exceptional talent. But he has plenty of weapons around him.

“The whole team better be sharp,” Joseph said. “Like the Davis kid, the Klubnik kid can run so well that that puts more pressure on your front kids. You’re damned if you do and damned if you don’t. If you go after the passer, you open up some lanes to run. If you don’t, you can’t give him all day long to pick you apart. It has to complement each other.”

Katy has had defensive lulls in the second half of each of the last two games. The Tigers have shown uncharacteristic issues fitting the run and covering downfield this postseason.

There is faith, however, they can right those wrongs. Joseph’s primary concern is generating takeaways. It’s an area Katy has been inconsistent in all season.

In the last two games, the Tigers have one takeaway. In 14 games this season, they have 20.

“To get back to what we need to do, we need to start creating some turnovers,” Joseph said.

As much as Klubnik poses a problem, though, so does Katy’s defense for Westlake’s offense.

It’s a potent Tigers unit with four Power-5 commits. Katy is surrendering a stingy 13.2 points on 203.3 yards per game.

Seven times this season, Katy has held an opponent to seven or fewer points. However, it has yet to record a shutout.

“Everyone has to play a perfect game,” McMartin said. “That means no selfish errors. No dumb penalties. We have to rely on each other. Everyone has to do their job and not do too much.”

“It’s tough knowing the talent they have and knowing you might be out-talented,” Joseph said. “The kids are going to have to play. But we’ve executed before. We’re going to execute again.”

The Tigers are confident it will happen.

“We’ve seen good quarterbacks in the past. We’ve seen good offenses,” Sylla said. “It’s a chance to prove ourselves. The last two games have shown us to be physical. We’re going to get down and hit. I don’t think they’re ready for that.”