Houston Newsmakers: Redistricting is a near miss for Jackson Lee

HOUSTON – The game of football has served as a vessel for Darrell Stewart Jr.

It is the vessel that took the Nimitz High School grad from the north side of Houston to Michigan State. Then to the Green Bay Packers and Carolina Panthers before he would be looking for what the next step in his football life would be.

Little did he know an Instagram message from Robert Cruse, who he had never met before, would change his trajectory.

In the message, Cruse, who serves as the Offensive Coordinator for the Dresden Monarchs of the German Football League, asked Stewart how he would feel about coming to Germany to play football?

"I didn't even know that people balled like this in Germany," Stewart said.

Stewart, who had never traveled outside of the United States or even gotten a passport before, would soon be on a plane to Germany in May.

"Huge step, my mom was terrified," "Half of her was like 'I want you to go to get the experience but the other half [was nervous] … It was a huge leap of faith for me. But the people here, my friends and coaches here made it just like home."

The 6-foot-2 receiver would arrive in Germany and start playing for the Monarchs, which have been a perennial power reaching consistently reaching the semifinals, Stewart provided that extra weapon to get them over the hump, which meant getting to the German Bowl.

"I remember Week 1, when I first got here the main thing I said before I even touched the field, I was like we're going to the German Bowl," Stewart said. "We're going to win the German Bowl. I said that every game. Fortunately, I had an amazing team around me. Great group of guys." 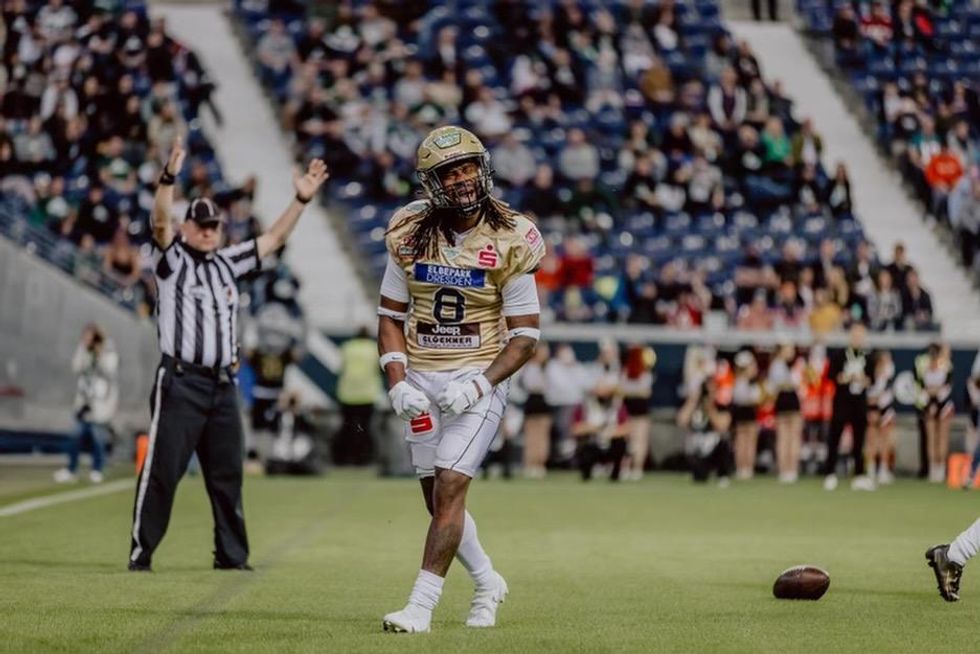 The Monarchs went 10-1 in the regular season, including beating Potsdam Royals 63-7 on Hunchback Gameday. Then they beat the Allgäu Comets (50-13) in the Quarterfinals before downing the Saarland Hurricanes 37-0 in the Halffinal to reach German Bowl XLII.

On Saturday, Stewart walked into Frankfurt a.M. Deutsche Bank Park with fans of American football ready to cheer them on.

"Everyone in Germany who watches football is there," Stewart said. "As we're walking into the stadium, you got guys with DeAndre Hopkins jersey, Ezekiel Elliott jersey. You see them all in different jerseys. They love the game. It was a beautiful experience."

Stewart ended up getting into the endzone for the Monarchs on their second drive of the game and was a key piece to their eventual 19-6 victory, clinching the first GFL Championship in club history.

"I feel like I did well," Stewart said of the season. "As a person, who always wanted to be the best you always want to see things that you can get better at. Winning the German bowl was one of the things I wanted to do. So, I checked that off."

Outside of football, Stewart also got the chance to experience European and especially the German culture, including Oktoberfest.

"It was amazing. There were so many people outside in the town square in different costumes and one thing they love here is beer," Stewart said. "They love beer. They would tell you if you're from America, you haven't had good beer until you've had German beer. You also have so many people having fun and experiencing the culture.

"There was also a food festival with food from like 30 different cultures, from Lebanese, to Turkish and German. It was an amazing experience."

Stewart continued: "I had never seen a castle before in real life either. I had never been to Disney World, so coming here and seeing it was amazing. I'm also a big history buff and to hear about the kings that lived here was amazing."

With the GFL season officially over, and Stewart a German Bowl Champion, the wide receiver will continue to train and workout for his next opportunity. Stewart said he will be in contact with teams in the CFL (Canadian Football League) and NFL and "see where my next landing point is".

As far as his Germany experience goes in 10 years he will look back and be glad he took this "leap of faith", which ended with him being a champion.

"Being comfortable isn't going to always get you what you want," Stewart said. "Sometimes you just have to try things. Coming from Nimitz High School and Texas high school football to Michigan State and then to the GFL, is a humbling and an amazing experience. I'm not quite [fluent] in German but I know a few words.

"In 10 years from now and I look back, I will be very grateful that I was able to say I came here, won a championship and experience something that a lot of guys would love to experience. It also helped me grow as a man as well to be able to come somewhere that you don't know about, you adapted and you came out victorious." 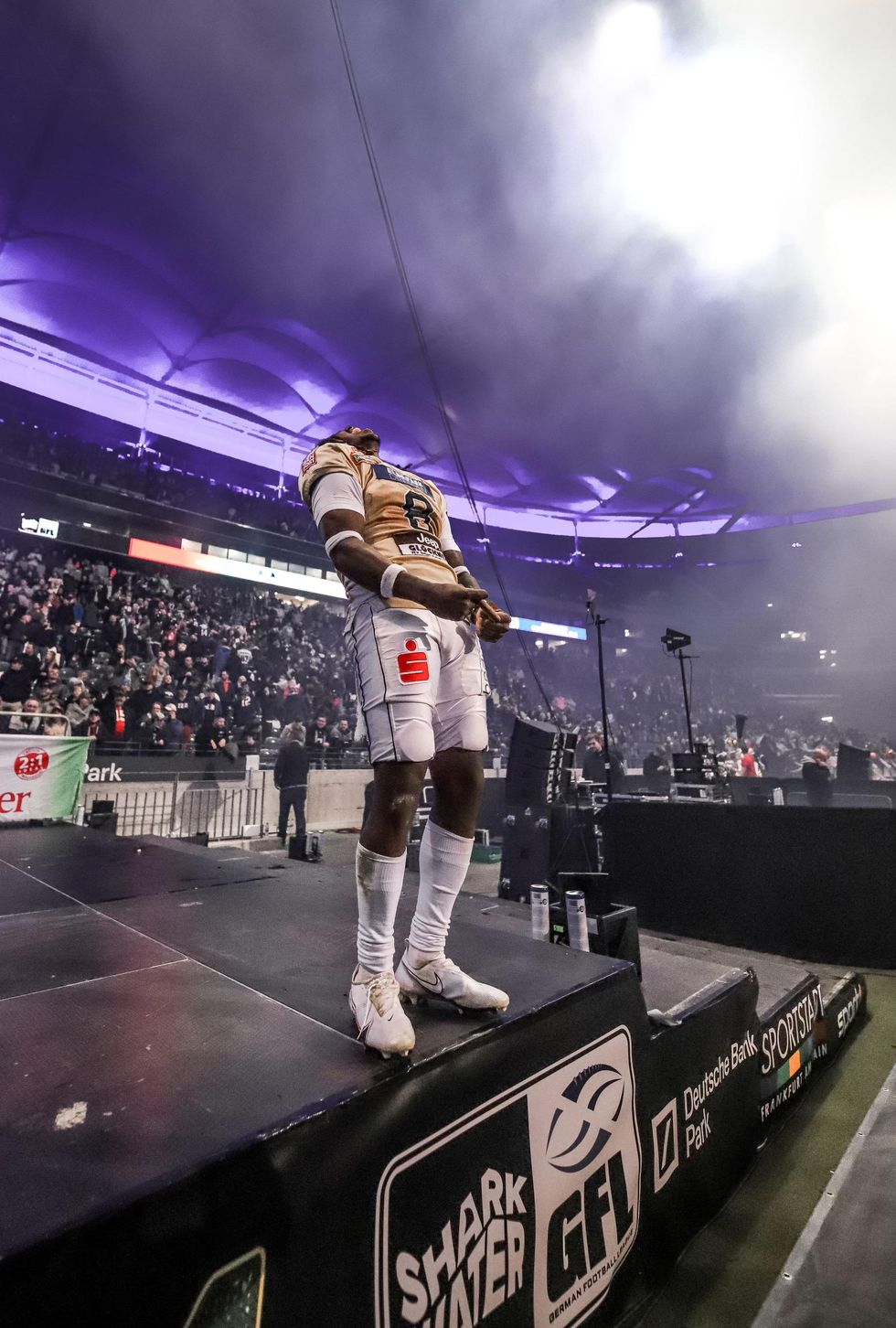