Sophomore Watson 'one of a kind' for Longhorns

Clay Watson nestles the tennis ball between his right hand and a left arm that barely extends past his elbow.

Gripping a racket in his right hand, Watson, a sophomore on George Ranch's varsity tennis team, tosses the ball upward before striking it.

Serving is the strength of Watson's game. Because of his 6-foot-4 frame, he has no problem getting the ball over the net. Watson has the lowest double-fault percentage and the highest ace percentage on the Longhorns, who are back in the playoffs after a one-year hiatus.

It is not odd to Watson that he thrives despite a congenital limb defect, which happens when an arm or leg doesn't form normally as a baby grows in the uterus. He practically expects it.

"It's worked for me, and I've never changed it," Watson said. "I've done it so many times that it just feels normal, and it feels right. I always get compliments from coaches and my opponents on my serve."

Watson does not know why he was born without a left arm, and he said his parents had no idea it would ever happen.

"I just came out, no left hand, and my parents loved it," he said. "My parents always told me that this is how God wanted me to be and this is how He chose me. Be different."

It has not hindered Watson, who has a 7-3 record as a singles player and won five matches as part of a mixed doubles team with junior Gabby Champion.

Watson, who also plays soccer and played for the Longhorns' junior varsity 'A' team last year, has played tennis since the seventh grade. He loves that tennis doesn't require relying upon an entire team. The focus can be on oneself.

It also has proven influential off the court.

"Even in school and life, tennis has improved my mental health, as far as helping me calm down in stressful situations," Watson said. "It's important to be calm and not get too high or too low in a match, and I can apply that to everyday life."

Two years after first picking up a tennis racket, Watson made Noonan's varsity team. Noonan was enamored with his persistence and work ethic.

"I could tell right off the bat he was a competitor," Noonan said. "We held an optional open court the summer before his freshman year, and he signed up immediately. He didn't miss a single training on court or in the weight room. Just his drive and determination, I could tell immediately he was a one-of-a-kind type of athlete."

Noonan admitted she was nervous when she initially met Watson.

"I had never coached someone who didn't have a left arm," Noonan said. "All the things you typically coach or tell kids to do, you don't think twice. But I had a lot of questions. It was unchartered territory for me, and I did not want to do anything to make him uncomfortable."

There was an initial stage of adaptation and acclimation between player and coach. Noonan watched and learned, communicating often with Watson, and asking him to teach and tell her what he needed from her.

Noonan looked on in admiration during those first few months with Watson, as it was evident all the time and effort he had put in figuring out how to compete at the same level as everyone else.

"It was phenomenal," Noonan said.

Noonan could tell right away Watson had natural talent. Aside from a strong serve, Watson has excellent mobility and agility. He is fluid in how he moves on the court, which Noonan credits to his experience in soccer.

"It's incredible to see what he's been able to do, just purely based off his work ethic and no-excuses mindset," Noonan said. "I don't even see him as not having an arm. That may sound weird, but that's just Clay. I see more of who he is and what he does." 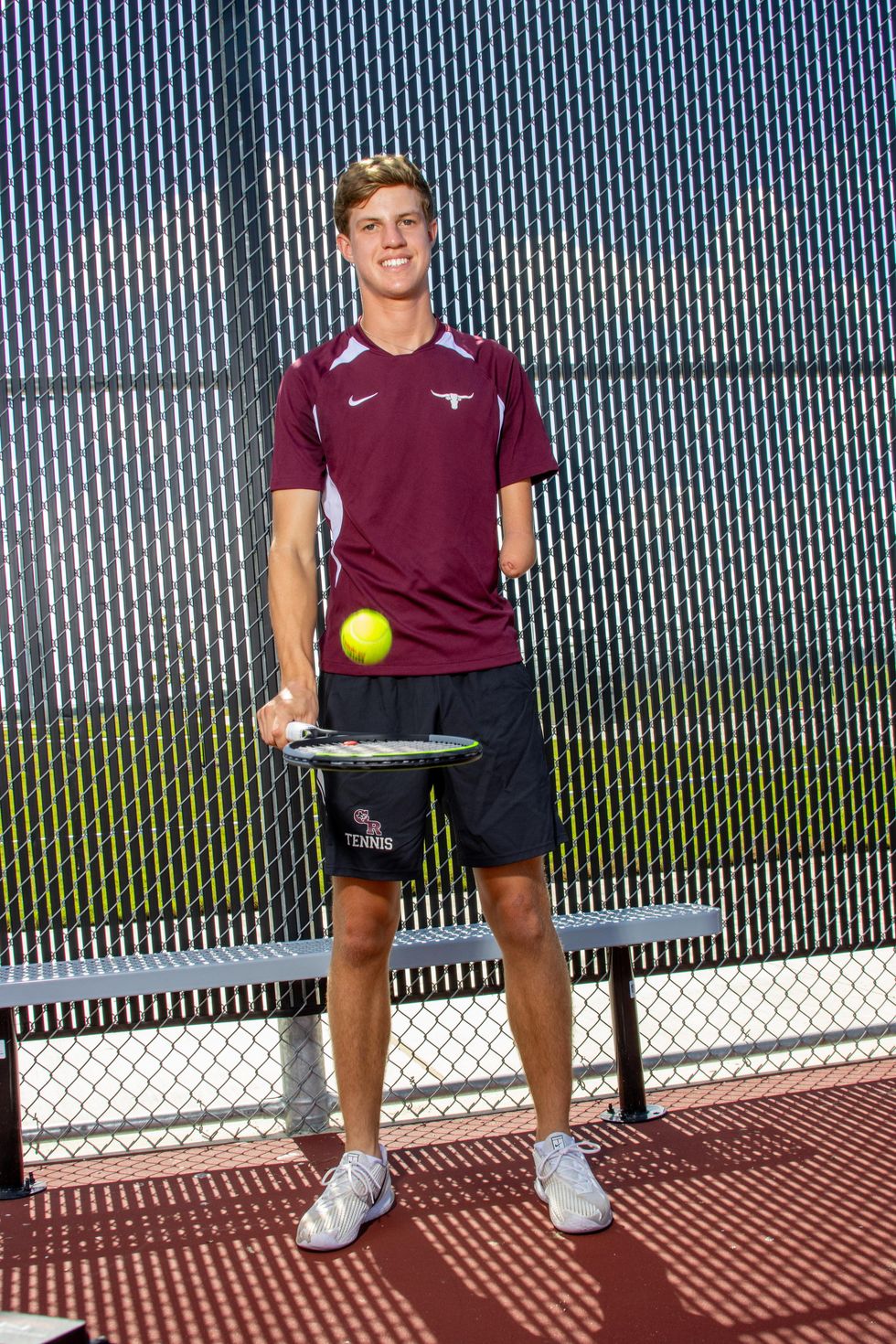 Watson is cognizant of how special his story is.

Sure, there have been struggles. His backhand, he said, is the toughest part of tennis for him, and he's working tirelessly to master it one-handed. Away from tennis, he had to learn to tie his shoes at a young age by watching a YouTube video, something he said is one of the toughest chores of everyday life. (He makes one loop, takes the other lace and wraps it around said loop, and puts it through the hole that forms while tightening it. He then double knots it. He uses his left forearm to pin the lace down while wrapping the loop; otherwise, the process is done entirely by using his right hand).

But Watson is not one to pity himself or mire his days in frustration or anger. He said he is blessed.

Any hardships he's had to endure, he thinks little of them. He's known no other way.

Noonan said Watson has done a great job translating the overall message and theme of what he's been able to accomplish to others. He is selfless, positive, determined.

"Just simply the choice of deciding to play tennis because he can is huge," Noonan said. "If someone is having a bad day or a bad match, Clay is there for them. If someone is playing a match that no one is watching, Clay is there. He's always trying to shed light on everyone else.

"I think he gives others the sense that if he can do what he's doing, then what excuse do they have?"