As The Woodlands Christian Academy embarks on a journey to build their brand and enhance the school's culture, one group on campus will play a major role in the process — TWCA Cheer.

School spirit is a major component of building a "culture" on a school campus and with a new head coach, Hannah Gray, the Warriors cheerleaders are ready to take TWCA to the next level.

It's also a homecoming for Gray.

A 2015 graduate, she cheered for all four years (of high school) and was a competitive cheerleader for Woodlands Elite. Gray then went on to Abilene Christian University where she was a Division I cheerleader during her time there.

Now, Gray is back on the 40 acres of TWCA to share her knowledge, spirit and skill with the current Warriors.

"This was a total God thing," Gray said. "After college, I worked for Disney, but came back to The Woodlands during the pandemic. I helped coach TWCA middle school volleyball which led me to get in touch with Susie King, who remembered me as a student from a few years back."

King and Gray are both a part of the Fellowship of Christian Cheerleaders and through that connection, the head cheer coaching position was offered to Gray.

Even in the few years she has been away, Gray immediately noticed a difference on campus.

"So much has changed [at TWCA] since I graduated, it feels like an entire new campus with the football stadium/track and all the new buildings," she said. "It's very neat to see how much the school has grown in the past few years and what potential it holds for the years to come."

Gray understands that some of the school's growth potential falls in her lap.

"I hope to help this year's squad grow in all aspects of cheerleading," she said. "Not just with stunts and routines, but learning how to be good ambassadors for the school, how to engage with the crowd, and of course, glorify God in all that they do...we want the Warrior community to notice a difference in the [cheer] team's showmanship."

As a successful and experienced cheerleader herself, Gray has a wealth of knowledge that she can impart on her team to help them reach their potential.

"It's not always about tumbling or stunting ability, but being able to perform well, being good teammates to each other, and lead by having those leadership characteristics on and off the sidelines," Gray said of what makes a good cheerleader.

"My squad now remembers me from when they were in lower school and I was in high school," Gray added. "It's a good reminder to them that they are role models for the younger girls so it is important to lead by example and be kind."

It will be a busy year for TWCA Cheer, with athletic events from football to basketball to pep rallies and all-school events like Warrior Nation Night, but with a growing program (there are currently over 50 students participating in Lower School Cheer) the Warriors will be ready to lead. 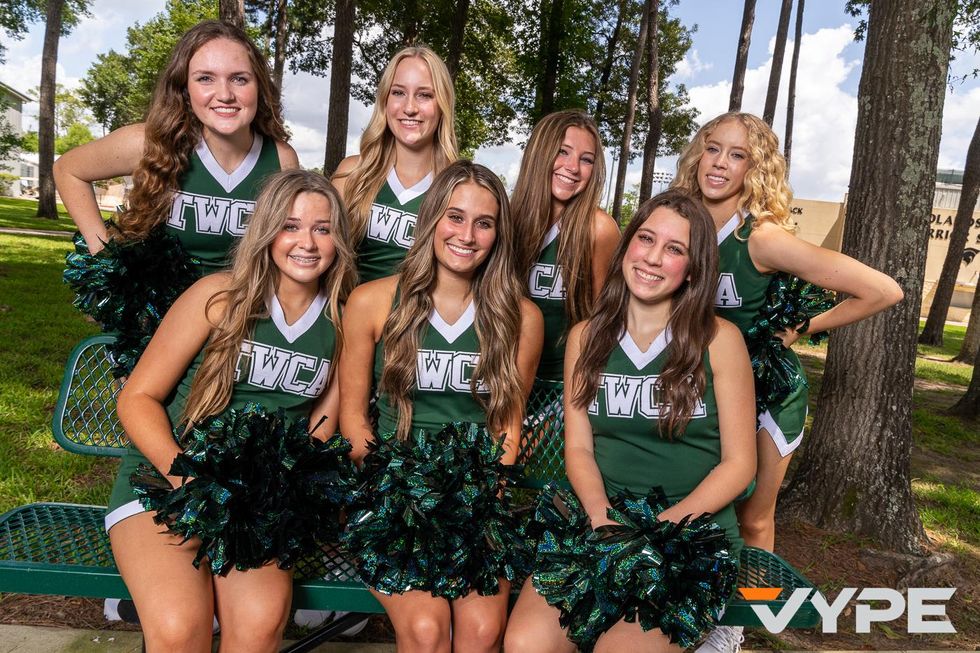