VOLLEYBALL HAS TAUGHT MACARTHUR SENIOR HITTER AALIYAH CALLAWAY A LOT. BUT MORE THAN ANYTHING, IT HAS TAUGHT HER ABOUT HERSELF.

"To not think of myself as more than I really am," Callaway said. "I used to be not as confident about (volleyball). It would weigh down on me. When I played, I'd compare myself to others. But it taught me to just play as who I am and taught me to level up."

She has leveled up, and then some.

Callaway was a standout attacker for a strong Generals club last season, compiling 183 kills, 26 blocks and 20 aces. She had a .319 hitting percentage and .491 kill percentage.

So, yeah, she's no longer the young child who couldn't get the hang of a proper swing early on.

Callaway's oldest memory of playing volleyball goes all the way back to middle school.

"It was my first time, I was getting used to the game, and we were warming up," she recalled. "I remember the coaches always told me, 'follow through on your swing, Aaliyah! follow through!' But I could never just get it. Every time I'd go to hit the ball, it'd hit the back wall. It'd just sail out. I was so embarrassed. That's something that I'll always remember."

VYPE: What do you see yourself doing 5-10 years from now?

CALLAWAY: Hopefully still playing in college. Hopefully almost graduated and then going on to medical school. I want to be either a pediatrician or an anesthesiologist.

VYPE: Who's been the inspiration for you when it comes to sports?

CALLAWAY: There's this volleyball player, she just graduated from college at Northwestern, and her name is Alana Walker. I first saw her a couple years ago on TikTok. It's just her intensity that I love and her drive for the sport. I love watching her play.

CALLAWAY: I'm definitely all for it. I've been talking about this for a while. I used to write papers on this a lot in middle school and high school. Athletes work very hard to create a name for themselves and they should be able to benefit off of that.

VYPE: What would be the coolest thing that you'd want to sponsor?

CALLAWAY: TikTok. I love TikTok. I'm always on TikTok and it's an app that has a hold on the world right now, so I think it'd be very fun to do. 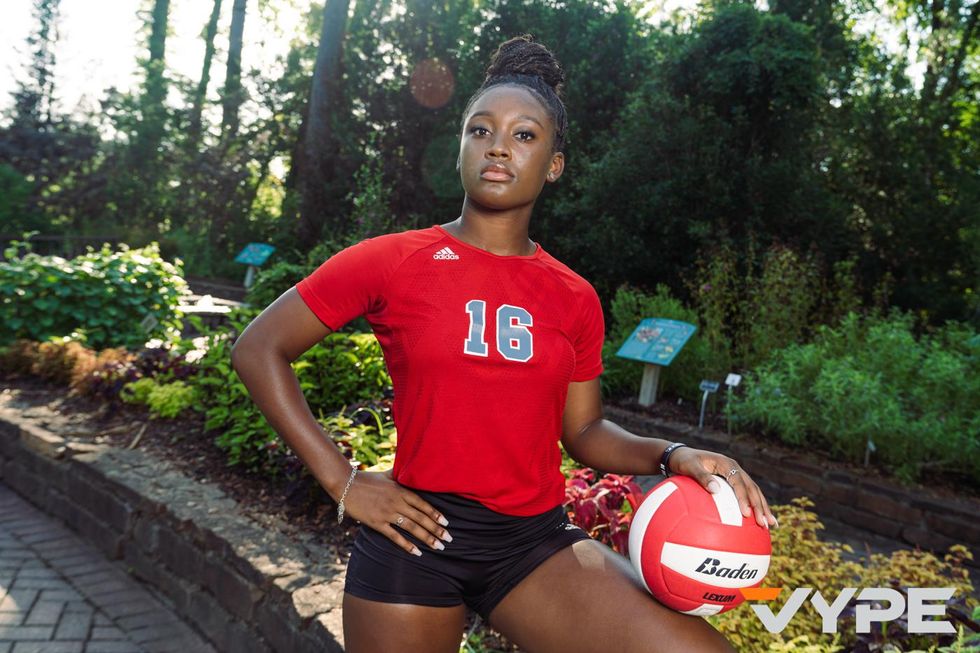