TAKE IT AS GOSPEL: Eagles' Niblett a Difference-Maker at WR

EISENHOWER'S RYAN NIBLETT HAD A STELLAR SOPHOMORE SEASON AT QUARTERBACK LAST YEAR. NIBLETT THREW FOR 1,137 YARDS AND 10 TOUCHDOWNS AND RUSHED FOR 367 YARDS AND THREE TOUCHDOWNS.

But, deep down, Niblett knew it might not be what was best for the team.

So, he went up to head coach Eric Jackson and recommended a move to receiver.

"Receiver was always my primary position," Niblett said. "The only reason I was at quarterback was because we didn't have anybody else to do it last year."

It wasn't an immediate sell. Jackson had to see Niblett play receiver a couple times first. But eventually, the coach saw what Niblett knew.

"Having me at quarterback last year was a good thing, but I feel having me at receiver, I'll do better," Niblett said. "It's the best thing for me and the team. I can put up more touchdowns so our team can at least go to a deeper round in the playoffs, instead of losing in the first round."

Jackson likes to call Niblett "lightning in a bottle." The 5-foot-11, 170-pounder is arguably the team's best athlete, and he takes pride in putting on the Eagles' colors.

"The workouts are hard," Niblett said. "If you come in, you can't play around. Playing football here gets you right. There's something different putting on black and gold. Ike football is hard work, dedication. Every day. It means something."

Niblett wants to play college football, and he appreciates Jackson's efforts helping get players to the next level.

"He'll do whatever he can to get his players more looks," Niblett said.

But if the whole football thing doesn't work out for some weird reason, perhaps Niblett can continue to amaze audiences, but by singing.

He sings in his church choir and has a fondness for gospel music. Niblett's uncle, Zacardi Cortez, is a famous gospel singer.

"Singing has always been a part of our family," Niblett said. "Almost everybody in my family can sing. We sing to get out there, have fun." 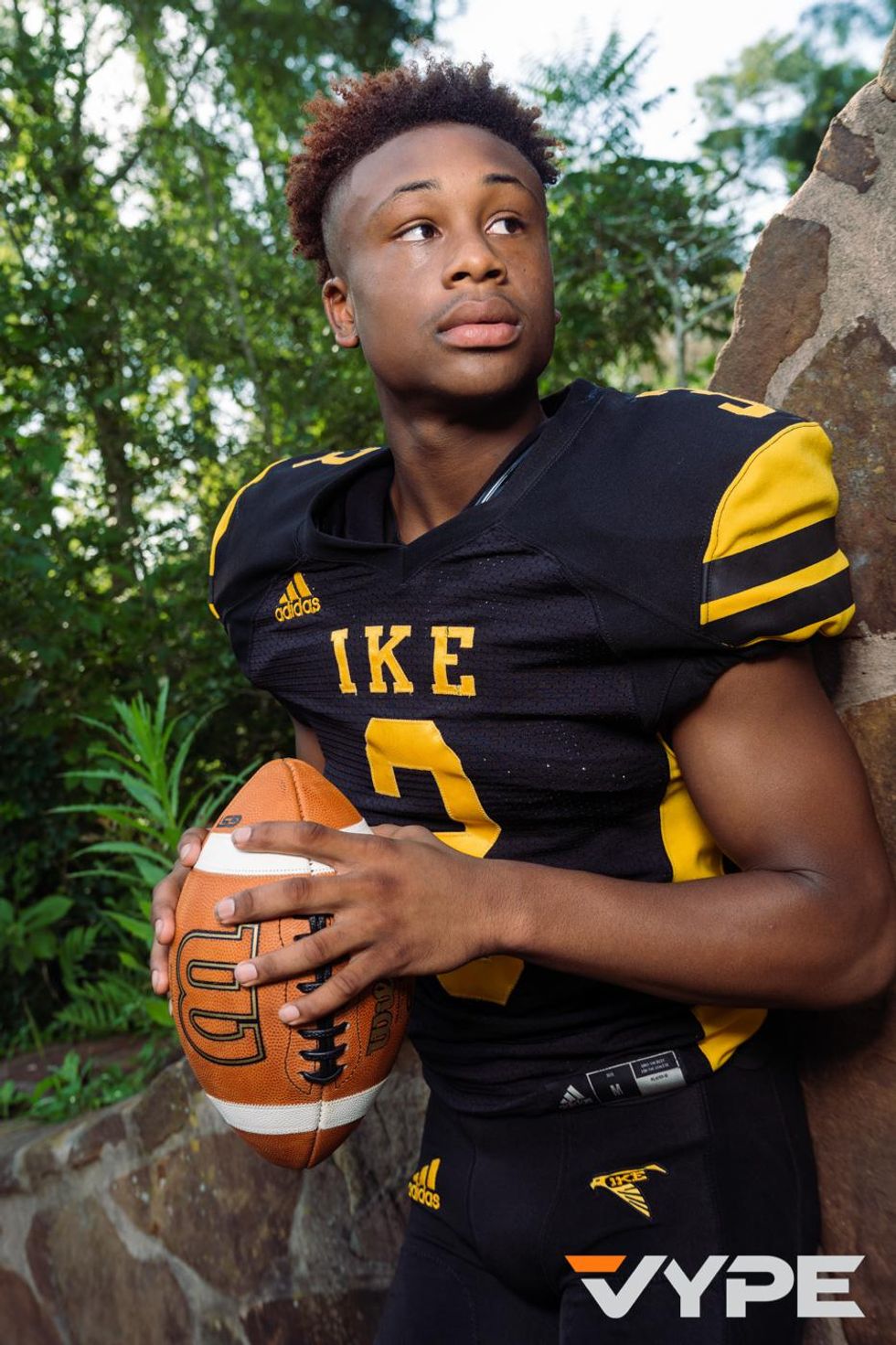