Could Whitfield be the key for Concordia Lutheran's title hopes?

The Concordia Lutheran Crusaders are set to enter district play after a competitive tournament and non-conference slate where they went 19-6.

Now, it's for real, especially with St. Agnes also vying for the district crown.

There is a new culture for the 'Saders as new coach Brandon Smeltzer tries his hand at grasping a coveted TAPPS State Title.

While Sophie Keene (Baylor-commit) gets much of the attention, the play of senior outside Sydney Whitfield could determine how far the Crusaders ultimately go.

The Liberty-commit is a big-time talent, who is ready to emerge as a superstar after her first three seasons at Concordia Lutheran.

"Whitfield is a stud and has a whip of an arm," Smeltzer said. "She's so athletic."

With over 110 kills so far, Whitfield is on the cusp.

VYPE caught up with the senior to talk shop. 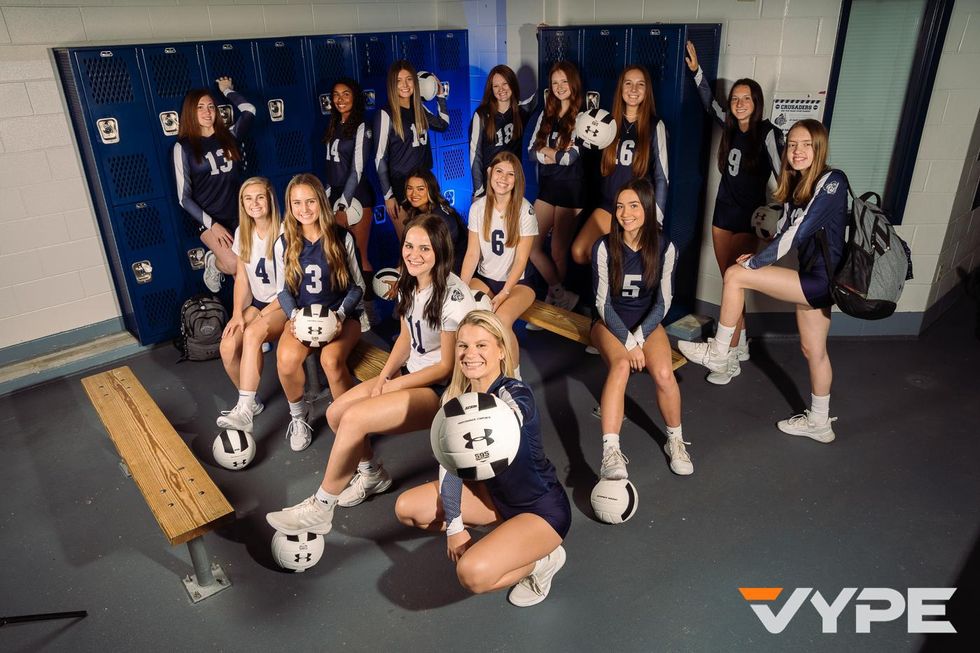 VYPE: What's is something off the wall that people might not know about you?

WHITFIELD: I'm obsessed with trucks. Like a white, lifted, F-150, yeah. I wouldn't drive it but I wish I had a boyfriend who drove one.

VYPE: It's already your senior year, what's the plan?

WHITFIELD: I'm excited how our new coach uses me. I feel like I'm working on leadership. I want to just continue to get better and grow as a teammate as I get ready for college.

VYPE: What have you improved on most over the year?

WHITFIELD: During the club season, I just worked on my shots as much as a I could. Also, my vertical jump.

VYPE: Liberty is in Virginia. What did you love about the school?

WHITFIELD: I'm just ready for a different scene, you know? I loved the coaches and the atmosphere was so welcoming. It's a great fit.

VYPE: Concordia Lutheran has been so close. What will it take to win state?

WHITFIELD: Everybody wants to win state, right? We've been there before and we wanted it, but the other team wanted it more. It's that simple. We have to want it more.