Another hurricane forecast: where will they go?

Katy senior outside hitter Chandler Lee hates when someone tells her she can't do something. It particularly flusters her when they say it regarding anything on the volleyball court.

"One thing that really motivates me is people who don't believe in me," Lee said. "I've had many bad coaches tell me that I can't do something or be someone."

During her freshman year at Fulshear High, Lee had one of those coaches.

"She was very discouraging," Lee said. "She told me I wouldn't make it big. She compared me to other players and said I wasn't as good and that I wasn't on their level and couldn't compete with them. That pushed me to go big. I feel like if it wasn't for her, I wouldn't be where I'm at right now. She brought something out of me that I didn't even know I had. Because I didn't think I was going to go (NCAA) DI."

Lee set out to prove herself right and prove the coach wrong. She transferred to Katy Taylor for a couple of years before settling at Katy during the spring when her family moved to the area. Lee is a gifted athlete—she can touch a 10-foot basketball rim—and has enjoyed a great start to this season, compiling a team-best 2.4 kills per set with 130 digs and 24 blocks.

The work, persistence and resiliency paid off when Lee announced Sept. 9 that she was verbally committing to the University of New Orleans of the Southland Conference. When talking about how far she had come, Lee reflected on that game-changing freshman year.

"When it all happened, my mom said I could either let (the coach) win and quit now, or I could show her who's boss and prove her wrong," Lee said. "It took a bit, but I do feel like I really did push through. I never want a coach to think they took something out of me."

Lee is one of four Katy volleyball players who have verbally committed to continue their careers at the NCAA Division I level in Louisiana. Maddie Waak (LSU), Jordan Gamble (Northwestern State) and Izzy Denton (Southeastern) are the others. 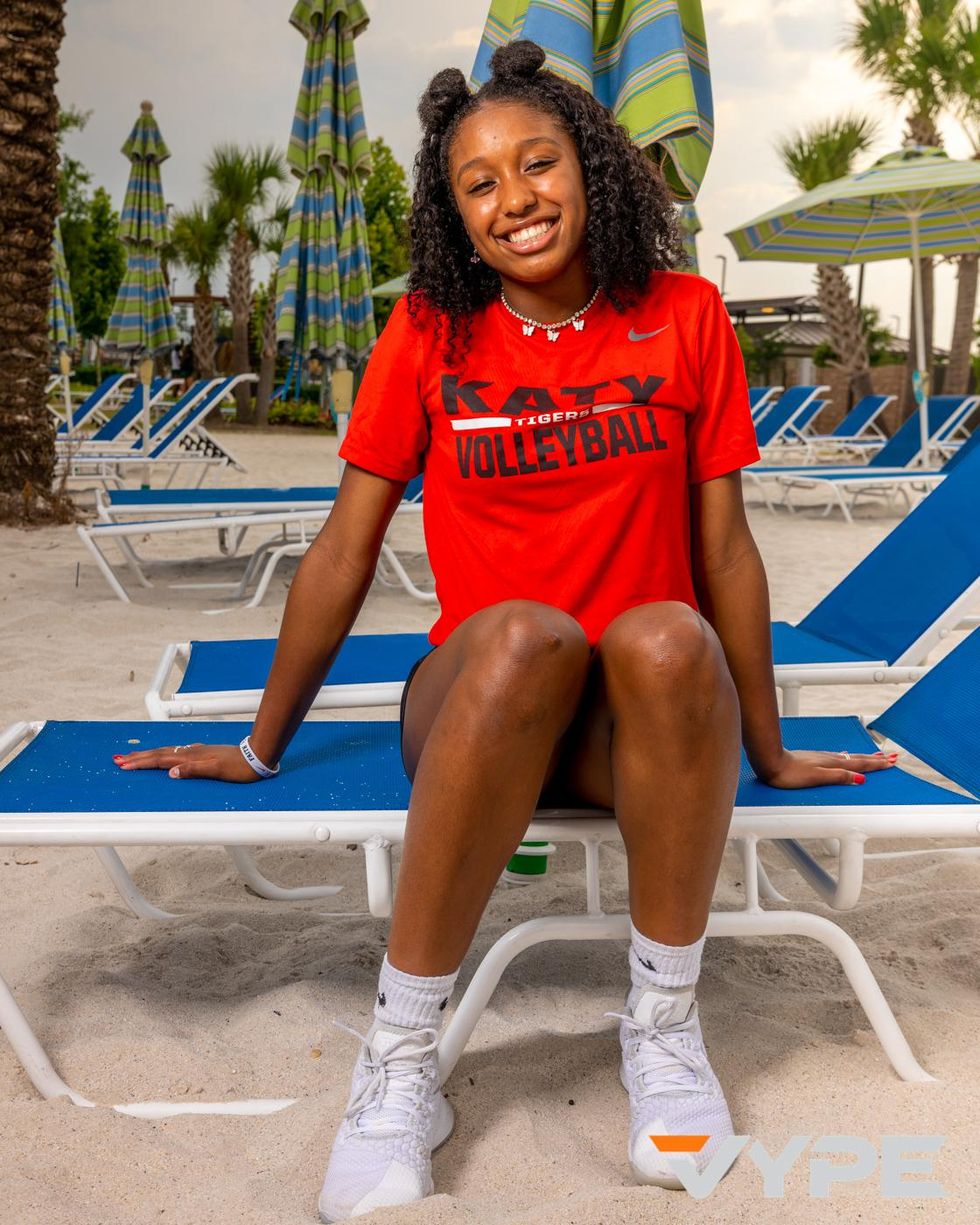 Lee, who chose New Orleans over the University of Portland, New Mexico State and University of Texas-El Paso, talked more with VYPE.

VYPE: Why was New Orleans the right fit and the best place to continue your volleyball career?

LEE: I liked the coach and they offered me a full ride playing six rotations. If I didn't take it, I felt like it would have been a missed opportunity. The coach and I clicked. They were eager to offer me; on our first call, they were already talking about offering me and sending me on a visit. They really wanted me. I also want to go to school for broadcasting and communications, and the University of New Orleans has a good program for that. It all worked out.

VYPE: When did you start playing volleyball?

LEE: In the sixth grade. I was 12. My first sport was gymnastics, so it was easy for me to transition. Gymnastics really helped as far as my vertical. But I really wanted to play a contact sport that involved a ball. Eventually, I got too tall for gymnastics. My mom had played volleyball, and she thought I'd be a great volleyball player, too. But it wasn't my first idea. My first thought was doing basketball, but that didn't turn out too well. It was too much contact. Too much pushing and shoving. So, I found volleyball, which was perfect.

VYPE: Obviously you're a natural athlete. You're a talented hitter. What else about volleyball comes naturally to you?

LEE: I feel like people know I hit hard, but they also don't see that I'm also smart at placing the ball. I prefer to place the ball in a great spot instead of just hitting it hard. If you just have a lot of power but don't know how to find the open spots on the court, then you really don't have much.

VYPE: What is something a lot of people don't know about you, or something that might be misunderstood?

LEE: People think I'm a mean person based on my facial expressions on the court, but once you actually get to know me, I'm a nice and friendly and funny person. I'm not mean. I have a relaxed resting face, I guess, and when I'm serious, I can be really serious and it can come off as mean, but I'm actually very nice and friendly.

VYPE: What is it like at Katy and playing on a team that is on a roll (six wins in the last seven games) and has such high expectations, with the potential to meet those standards?

LEE: I do believe we can win state. We all have our own abilities, and it makes us a complete team. We're all versatile players and can all play different positions. It makes us great. If we keep working hard, we can win district and make it far in the playoffs again, just as they did last year. We all have the talent, which is one thing I like about Katy.

VYPE: For you personally, what would make your senior volleyball season a success?

LEE: I've gotten all the awards and honors, first team all-district and all that, so I just want to be remembered and be known as someone who came to Katy and helped the team win. I want to have a good legacy.