HOUSTON - There were a plethora of huge games across the Greater Houston Area on Friday night.

Bridgeland, led by Texas A&M-commit Conner Weigman survived a late surge by The Woodlands to maintain their undefeated start to the season, winning 39-35.

Cinco Ranch extended its best start since 2015 with another win, while New Caney improved to 12-0 all-time against Porter with a dominating 41-14 victory in the annual Battle Line on 59 game. Pasadena Dobie continued its dominant start, winning 63-6 over Friendswood and now having outscored opponents 188-6 in their 3-0 start, which is riduculous.

Westfield got arguably the biggest win of the night defeating North Shore 27-21. The two Houston perennial playoff powers collided in what ended up being an instant classic.

Strake Jesuit's Bryce Fucik went OFF on Friday with an eight-touchdown performance, while Paetow's Jacob Brown rushed for over 270 yards in the Panthers' win to remain undefeated. In the private school world, Kinkaid remained undefeated with a 48-41 victory over St. Thomas, handing the Eagles' their first loss of the year, while St. Pius X defeated Bishop Lynch with a late touchdown and John Cooper School registered their first win of the season.

More scores and social media reaction below in a busy Friday night. 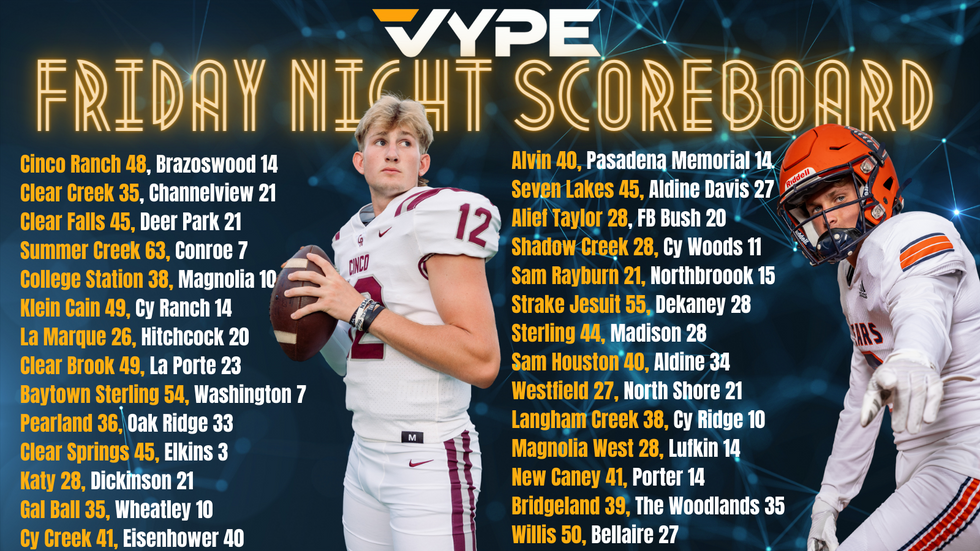 Dancing into the weekend with a Panther Football Victory 🐾🧡 Uber grateful to work for the best student body in Houston! pic.twitter.com/ou8Mtz76nQ

The Social -  John Cooper School gets Win No. 1 of the Season