Houston Area Urban League to give free Backpacks, COVID Shots, and up to $75 in gift cards Thursday

HER TEAM: Klein's McFall ready to step out from shadows

This season could be the year of Kierstyn McFall.

The 6-foot-4 senior middle is ready to show all she's learned during the last three years, whether it was from watching her Bearkats fall short at the regional and state tournaments or all she's picked up from studying previous upperclassmen.

"I feel like through my years of high school, and even club, I've started out as someone who's watched other girls and drawn from them the energy and intensity," said McFall, a North Florida-commit. "I want to see myself become that older girl and become the athlete that myself as a little girl watched."

"I can take what they showed, apply it and talk to other players like they talked to us," McFall said. "I can be a role model."

McFall has always been special. She was 24 inches when she was born and seemingly destined to be a star athlete.

This season, McFall anticipates playing an expanded role. Because of the graduation of five seniors, including Taylor and Antar, rotations will be different for coach Kate Zora. McFall said she could see herself playing more on the right side, a spot she's dabbled in during past seasons when not dominating the middle.

Either way, McFall just wants to show who she is.

Her favorite motto is "Win in the dark". Work hard when no one's watching, so when the moment comes, you can rise and achieve.

"I just want to show I'm a fierce competitor who will do anything to win and who will push others," she said.

The Bearkats have come oh-so-close to that coveted state championship, including playing for the Class 6A crown a year ago against Seven Lakes.

Klein has been there. The Bearkats just need to finish, McFall said. And she's the one to get them there.

"We all have the mentality that every day will be a grind," McFall said. "We know nothing will be handed to us. We're not going to take any games off. Everybody is going to want to come after us. We're going to use all of that to keep pushing us forward." 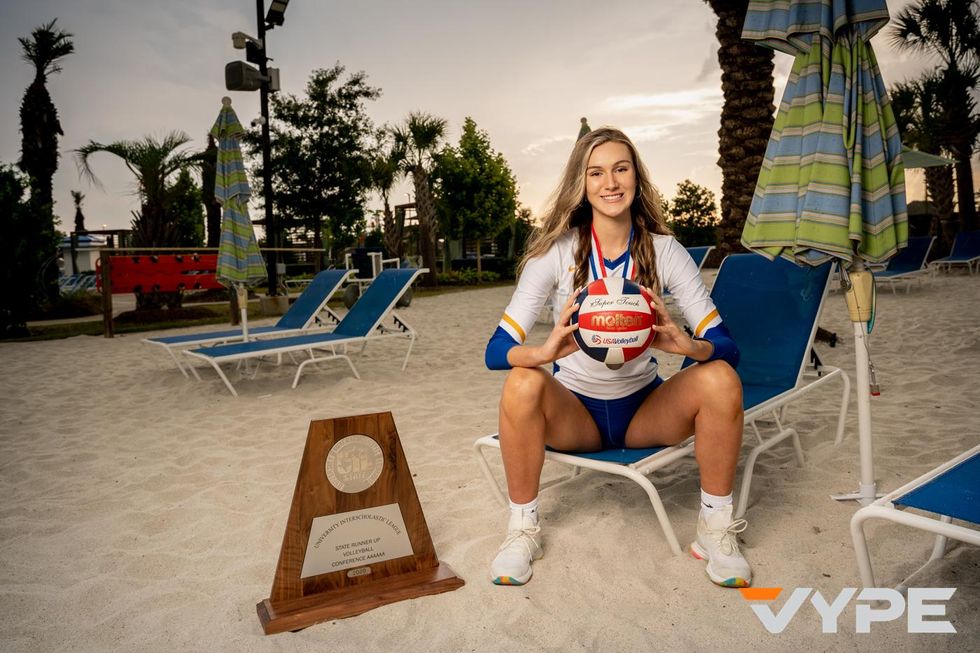