Two Simones: The stars of Rio expected to shine in Tokyo Olympics

Longtime Olympics track and field manager Tim Weaver remembers scouring the "beehive of activity and emotions" around the warmup track at the 2017 outdoor world championships in London.

Agents, team staff, athletes and their personal coaches moved about furiously in and around the 400-meter oval. It was tense. It was busy. It was madness.

Weaver scanned across the high jump pit and his eyes stopped at Megan Watson, the women's distance coach. There, in midst of organized calamity, Watson could not have been calmer, bouncing around with a distinct energy and never-ending smile, offering attention and assurance to any athlete who crossed her path.

"She just had this presence," said Weaver, who has worked the Olympics since 2008 and national teams since 2003. "You could see the team staff and athletes around her just inherit that confidence, knowing she was on top of it."

In other words, "egoless service," as Weaver likes to say of Watson, a seventh grade assistant principal at Spring Branch Middle School and Kinkaid track and cross country coach. Watson, who has served the Olympics since 2004, will be the women's distance coach for Team USA Track and Field when the Games take place July 23-August 8 in Tokyo.

"I'm nervous and excited about the Olympics, but I think all the people that have invested in me, from my family to my mentors, have prepared me for such a time as this," Watson said. "We're there to support and take care of logistics and disseminate information. Yes, you are coaching, but you're more managing all the different entities between the athlete, personal coaches, the agent, the family, USA Track & Field. I know I'm there to be a servant, and there's comfort knowing that's what my job is." 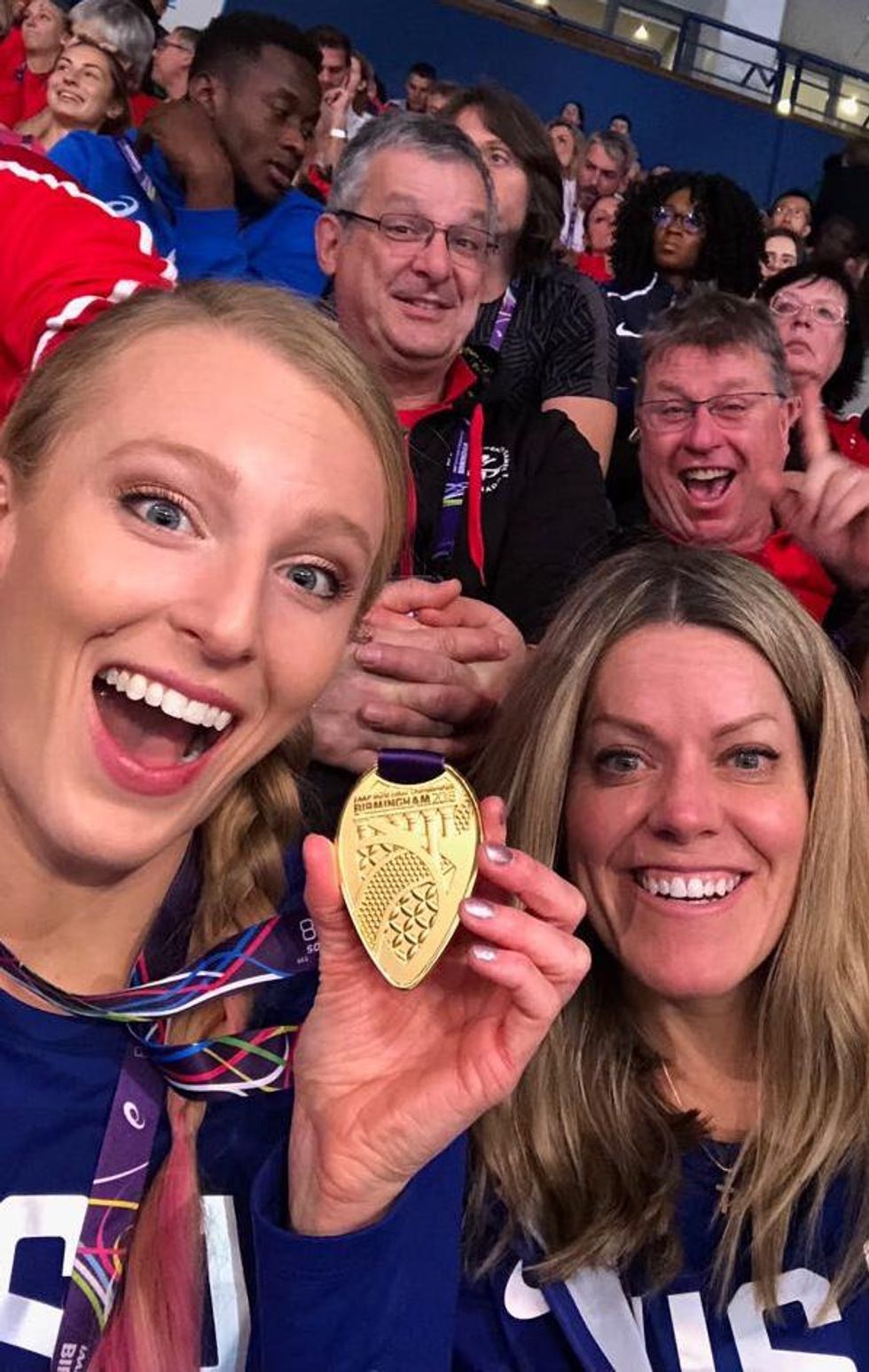 Watson, who started coaching middle school 10 years ago because the schedule better acclimated starting a family, gives a lot of credit to her track coach at Baylor, Clyde Hart. Watson grew up in Hesston, a small town outside of Wichita in Kansas, where she was a four-sport athlete. She chose Baylor and walked on to the track team because she knew Hart was one of the best and she knew she wanted to coach.

Through Hart, Watson learned about energy and training systems, when to lift weights and when to rest. She was taught proper nutrition and workouts.

"You know when you have Olympic talent or not, and I didn't," Watson said, laughing. "But I just loved the sport. I loved watching it. I was fascinated by watching coaches work with the athletes and find their potential and develop. That's how I knew I wanted to be a coach and an educator."

Coaching at the Olympics was more a dream than a goal, Watson said. When she was coaching at Jersey Village, she attended a Bible study where the topic was breaking through strongholds of not believing in oneself.

"One of the exercises was to write down what we would like for our future," Watson said. "Husband and family was No. 1, for sure, but as far as my coaching career, I put down wanting to coach at the international level, maybe even the Olympics."

Watson said doors opened for her because of mentors like Hart and Tom Tellez, a legendary coach at the University of Houston. Through the sport, Watson developed work ethic and a love for developing and recognizing potential in other people.

Watson describes her professional journey as a "calling."

Watson has established respect and trust in her abilities from athletes and coaches because of her way with people.

"Megan has a tremendous service mentality, which is priority one for a national team coach," said Weaver, who has worked two world championships with Watson. "She's personable and friendly and builds relationships and trust very quickly, which is a key skillset when this whole Olympic adventure has to take place in only three weeks."

It makes for a frenetic, emotional period of time, where legacies are at stake and mere split-seconds define winning and losing. And through it all, Watson is a welcomed face because of her poise, preparation and passion for seeing others succeed.

"The highlight for me is watching a performance culminate all their hard work," she said. "Getting to see those intimate glimpses and knowing them off the track is really cool. I feel really blessed and really privileged to have a front row seat to what the athletes and their coaches are going to accomplish."