A flood advisory in effect for Chambers and Harris Counties

This is how you can watch the Starliner spacecraft test live

The Spring was Loaded with Exciting Action. From Baseball and Lacrosse to Golf and Track, Sader Nation was in Full Bloom with Tons of Big Plays and Accomplishments.

The good news is the fact that several young players emerged and even earned TAPPS all-district recognition. The future is bright as Straub returns a ton of talent.

Junior pitcher and first baseman Courtney Moseman earned second team recognition for her play in the field and at the plate. Meryl Eaves anchored the hot corner and played some catcher. She was on point at the plate. Emerson Swanner is slick at shortstop and brings speed to the lineup. Georgia Marlow stepped in on the mound and can also patrol the outfield.

All three were freshmen this year and earned honorable-mention nods.

Concordia Lutheran lost a legend in coach Rick Lynch just before the season started. Then, the Crusaders went out and reached the TAPPS Class 6A state title game.

The school and baseball program honored Lynch. The veteran baseball coach, serving Concordia Lutheran since 2011, suddenly passed in December. He was 64.

The loss of Lynch left a gap. A hole in the heart of many. He was well known for what people called his "Lynchisms". Stories were shared, tears were shed but it was a celebration of his life.

In late March, every player wore a hat with 25 on the front and "Lynch" stitched in the back of the hat as Concordia Lutheran officially retired the No. 25 jersey. It is permanently placed on the front side of the press box facing what will now be known as Rick Lynch Field.

In the playoffs, Concordia Lutheran was laser-focused, taking out San Antonio Christian School, Central Catholic and St. Thomas before falling to Midland Christian in a 1-0 heartbreaker.

Coach Royce Kennedy was named the VYPE Private School Coach of the Year for continuing the excellence of the traditional power. 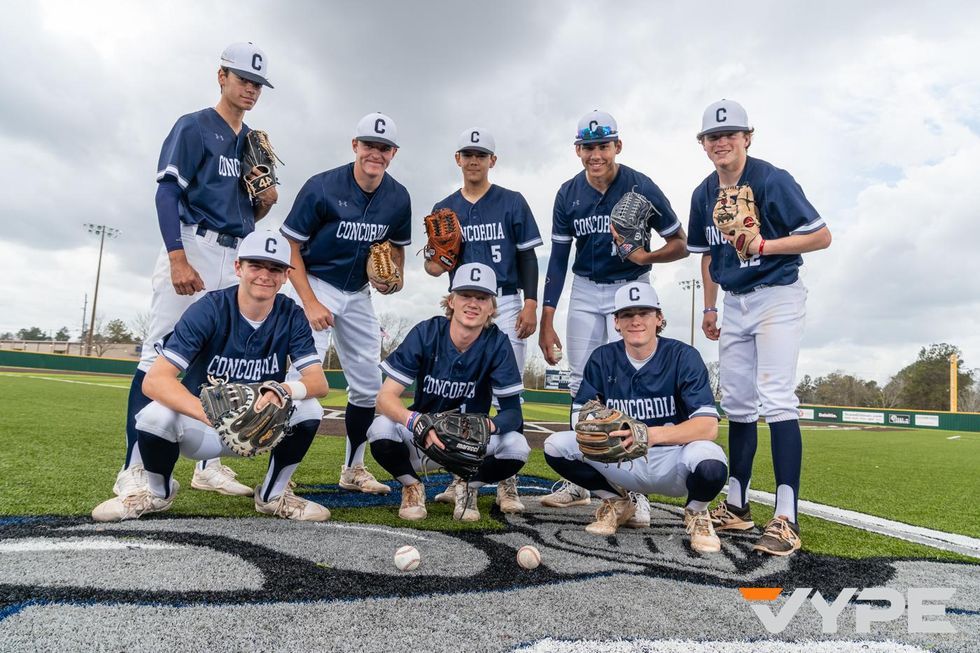 Jeff Anderson has one goal as the Concordia Lutheran lacrosse coach. "Let me just get a stick in an athlete's hands," he said. "We will take care of the rest."

Lacrosse may be the fastest growing sport in the country, and it is catching on quickly at Concordia Lutheran.

Five years ago, the Crusaders had 13 players… keep in mind you need 10 to play. Now, Anderson has a stable of over 40 student-athletes, a varsity and junior varsity team.

"When we started, no one had ever played lacrosse," he said. "We were teaching the game, not coaching the game. We've grown leaps and bounds and that's what you coach for. Seeing these guys enjoy the game and have a positive experience in lacrosse is our mission."

The Crusaders went 4-7 this season but continue to gain momentum. They are placed in Class D with the likes of Awty International, St. Pius X, The Village School and Emery/Weiner School. As the program grows, the wins will come.

The 2021 Concordia Boys Lacrosse record at first glance may not seem stellar, but it is what the team did in the postseason among other "firsts" in the program's short history that will be remembered this spring.

The team finished third in the Texas High School Lacrosse League (THSLL) Class D South District in the regular season. There were several highlights including the team's four wins this spring which were a program record.

Historically, Concordia had never made it past the first round of the playoffs in its first four seasons (2017-2020). This year, the Crusaders faced off against St. Pius X in the City Tournament Semifinals where they avenged a 11-9 loss in the regular season, and beat the Panthers 10-8 for the program's first postseason victory.

The Crusaders advanced to the City Championship game against Emery/ Weiner School where they narrowly missed out on making the State Final Four losing a back-and-forth battle, 9-7.

The Concordia Lacrosse program had several players honored for their work on the field as voted by the coaches in the District. This year, six Crusaders were recognized as all-state, two as all-district, three as honorable mention and assistant coach Dan Woodend was selected as Assistant Coach of the Year. This is the first season that Concordia had any players honored as all-state.

"It's all word of mouth here and our players are our best advocates for our program," he said. "We won one game our first year and now we are stringing together wins. We are having so many multiple-sport athletes come out for the program… five basketball players and several soccer and football players. Athletes who understand defense and playing with their feet."

For Anderson and Concordia Lutheran, lacrosse is here to stay.

"Texas lacrosse is not going to sneak up on anyone anymore," he said. "The popularity is at an all-time high and it's only going to get better. Texas loves its high school sports and this is the next big thing."

At the end of the season, head coaches selected an All-Star team of THSLL Class D South District athletes and Concordia had a total of 12 athletes selected to play on the Red Team.

In the All-Star game, four Crusaders registered in the scoring column including Midfield Owen Segura (Sr.) who finished with 2 goals and 1 assist. Midfield Philip Semple (Jr.) had 1 goal and 1 assist, while Attack Ben Smith (Sr.) and Midfield Jadon Finn (Jr.) each nabbed a goal. 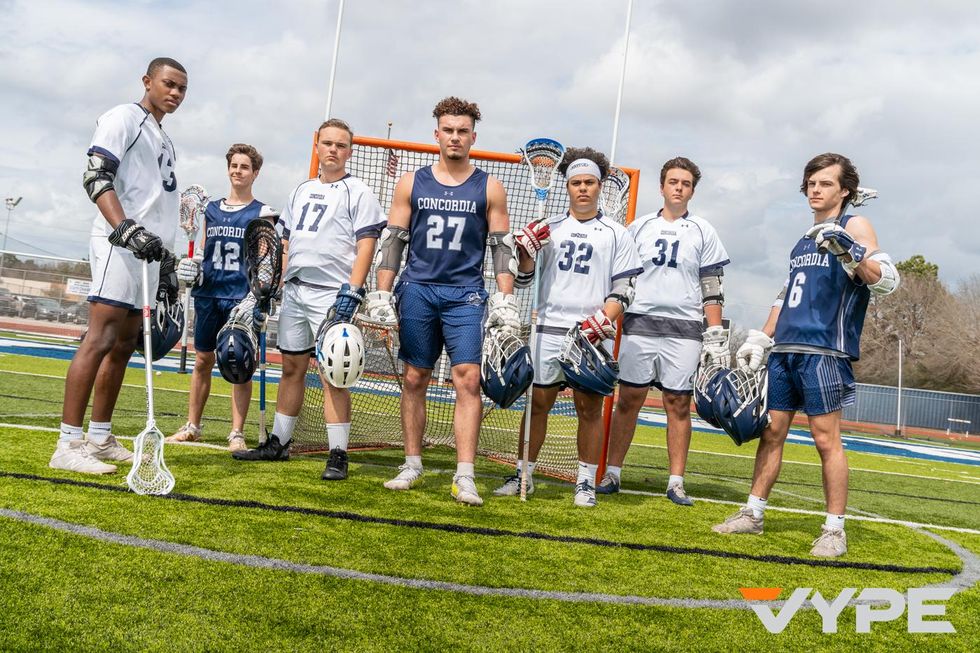 The Concordia Lutheran Girls' Golf Team advanced to the state tournament but struggled a bit when the lights were brightest.

Abby Plagens led the way with a two day score of 208, tied for 30th. Avery Csernik came in with a 213, while Addie Janiszewski shot a 241. Savanna Clary wasn't far behind at 244 and Anna Hancock rounded out the Top 5. 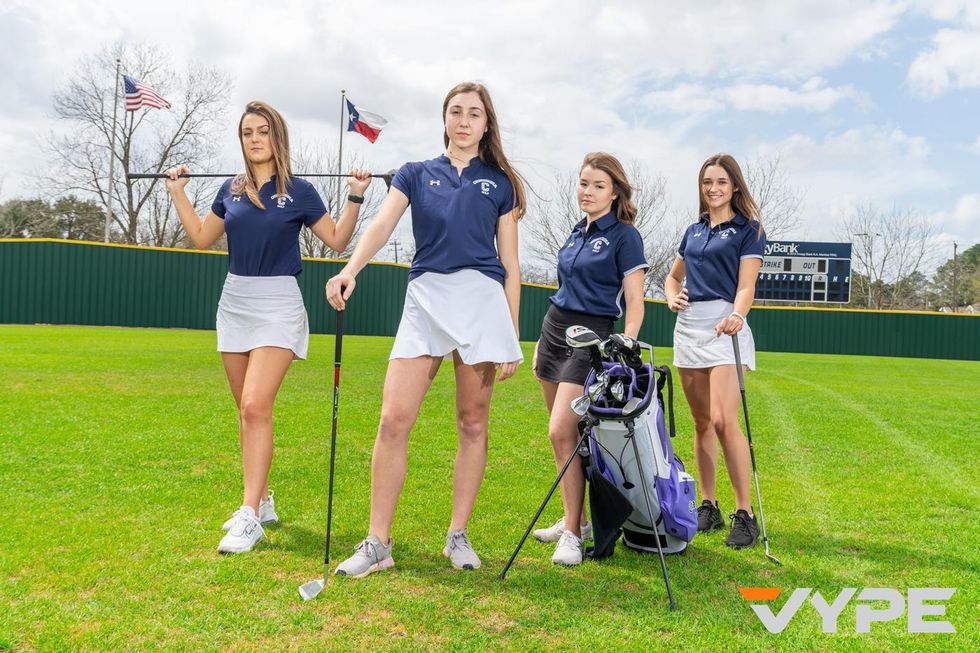 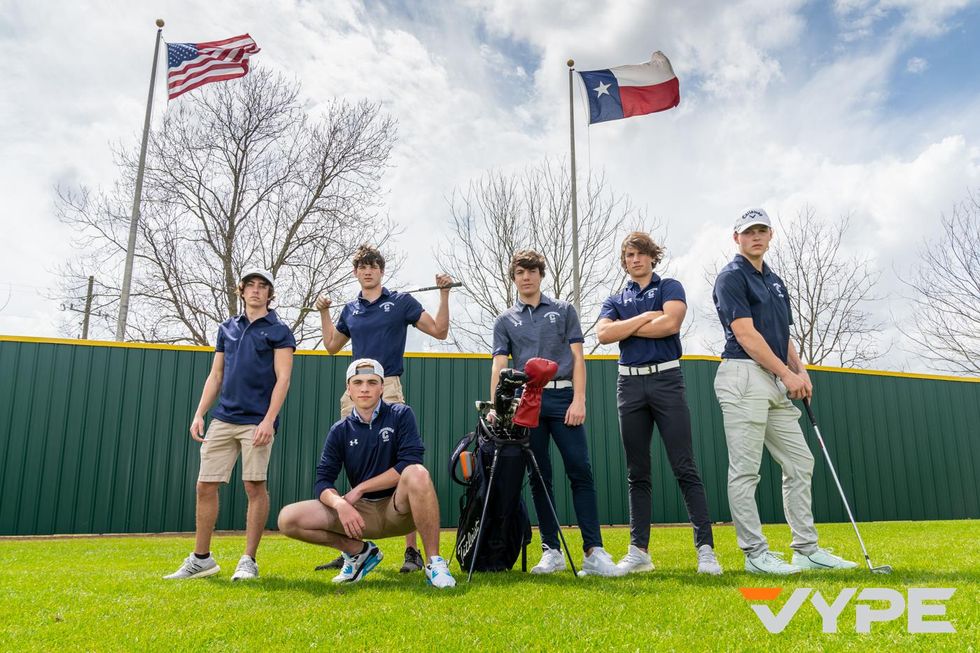 Coach Mike Schatz entered his first year as the Concordia Lutheran head tennis coach with two goals in place - get some athletes to state and have them buy into the process.

Concordia Lutheran's Yaotong Liu, beat Matthew Johnson of All Saints in the first round of the state tournament in men's singles. He fell in the second round to eventual state champ Louis Cloud of San Antonio Christian School.

Hannah Navid and Elin Morgan reached state as well as a doubles team.

"Year one was fantastic," Schatz said. "We got some kids to state and I think the program as a whole saw the benefits of hard work. We put in work from August to April and they completely bought in. That's a lesson they can take for the rest of their lives. 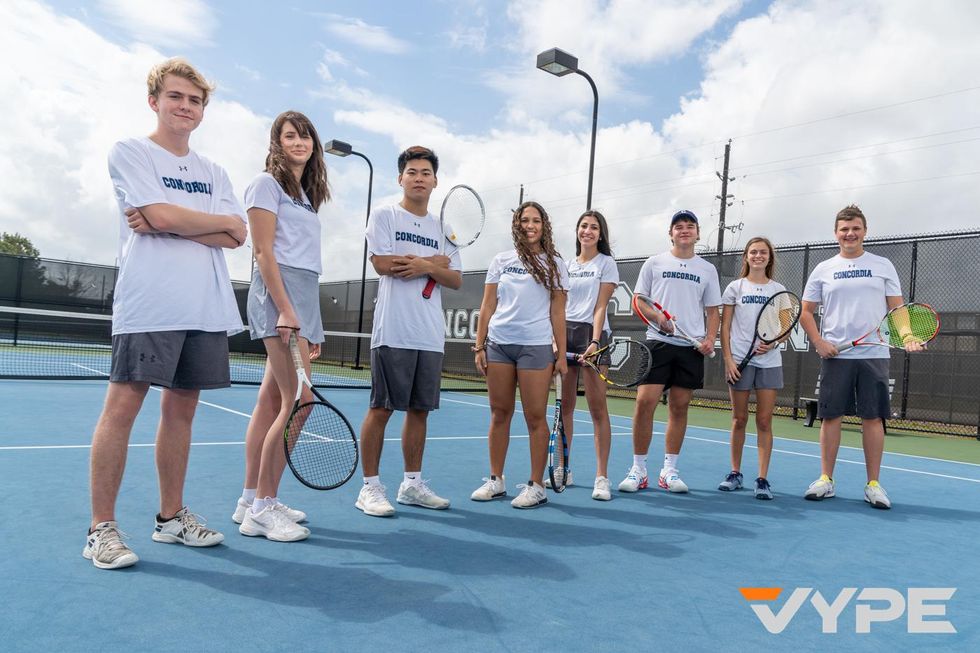 Neuhaus, just a freshman, finished fourth in the triple jump with a mark of just under 33-feet-8-inches. To round out the scoring, Lauryn Kastenschmidt finished sixth in the 3200-meter run.

The boys were led by the field events at state. Sophomore pole vaulter Ryley Klefstead won state with a vault of 15 feet. High jumper Ryan Escalante finished in a tie for sixth with a jump of 5-feet-10-inches. 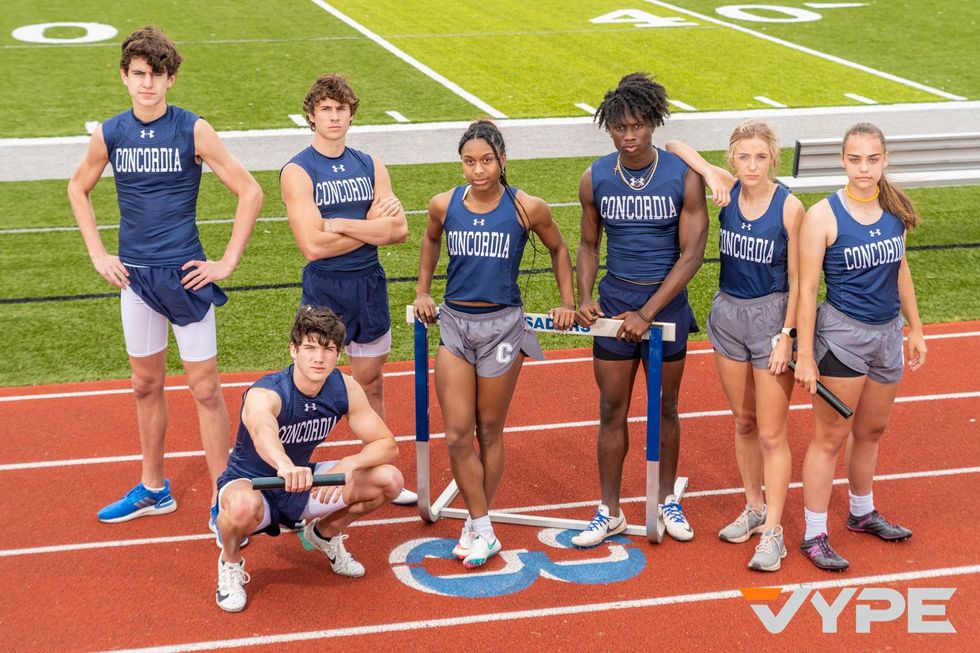