With 44.85% of the fans' votes, recent Sunset graduate, Yamilett Martinez is the VYPE DFW Public School Softball Player of the Year Fan Poll Winner! During her senior season, Martinez posted a .691 batting average in 15 games played with 25 RBIs, one home run, a slugging percentage of 1.024%. Martinez also finished the season as the District 12-5A Defensive Player of the Year with a THSCA Academic All-State Honorable Mention.

Back Into The Swing of Things

After her junior season was shortened, Martinez was able to maintain her focus by being able to practice with her select team. Unfortunately for her, she tore her ACL, MCL, and meniscus during a softball game and had to have surgery in September. She challenged herself after physical therapy three days a week to continue going to softball workouts and get stronger.

In her opinion, the key to her success this season can be summed up in one word: "Confidence," Martinez told VYPE DFW in an interview. As for the team, another C word was enough to describe their success on the season: "Communication." Head coach Terry Mclennan told VYPE that Martinez "definitely has been a great player and leader for our program over the last four years." 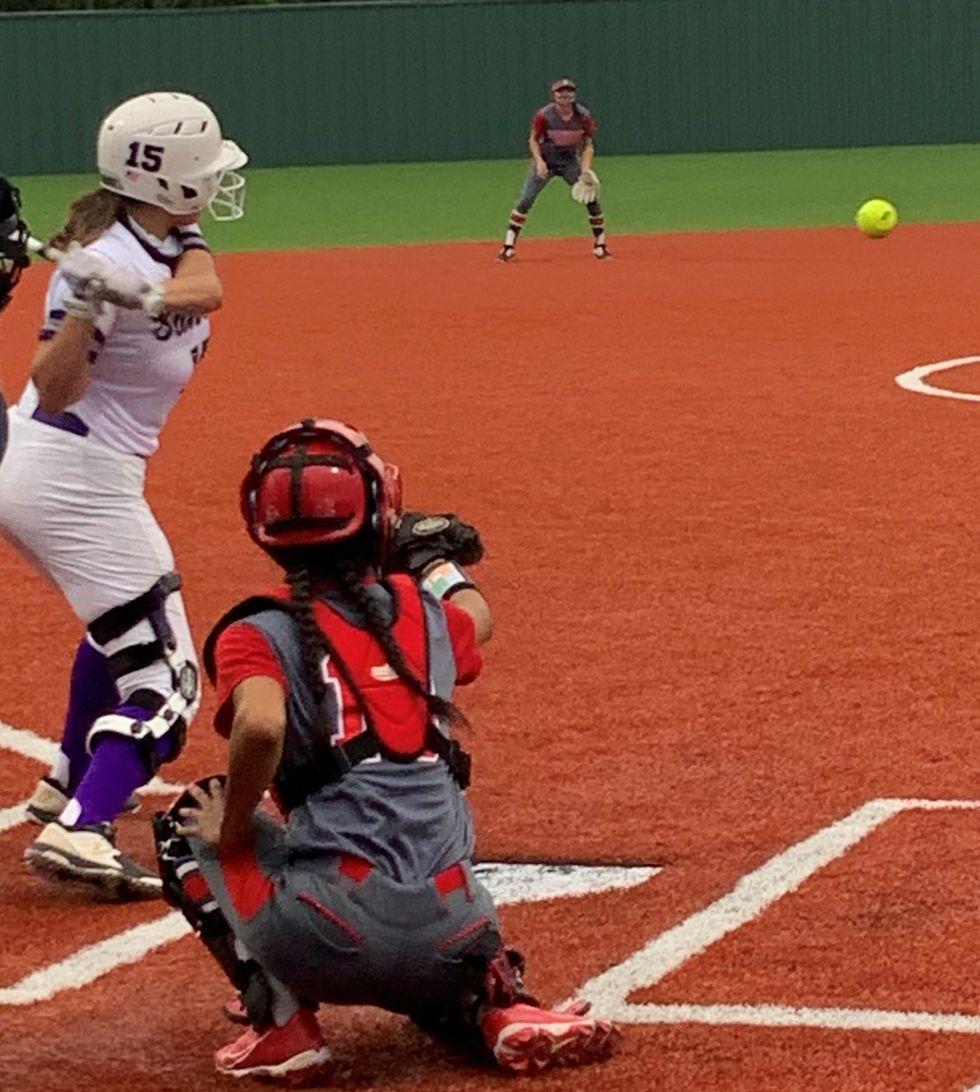 Memories to Fuel the Future

Looking back on her time with Bison softball, Martinez has many wonderful memories- as most athletes do with their teams- but she has one memory that stands out among the rest. "My favorite memory was when I hit a home run against Pinkston and the whole team was waiting for me at home play," said Martinez.

After graduating from Sunset this year, Martinez is off to Abilene Christian University in the Fall where she hopes to major in Kinesiology and plans on trying to become a walk on to the softball team. "I'm looking for a family; a program where you can trust each other. A program that knows when to have fun and when to be serious."

Her plan for the summer is to continue playing with her select team. "I've been focused on getting better at the game."

Who do you look up to as an athlete?
"Giancarlo Stanton."

All athlete polls and their content are only associated and created by VYPE Media and its staff. The content is not created or voted on by any corporate sponsor or marketing partner. Please contact VYPE Media directly if you have any questions, comments, or concerns around our Fan Polls.