Then the phone rang. It was none other than Scott Drew, head basketball coach for Baylor.

"Coach Drew called me from the locker room after the national championship game during the celebration," laughed Williams. "It was crazy."

Williams' athletic career has been like that -- full of surprises, twists, and turns.

Along with receiving offers from Baylor for basketball at a young age, Williams was also offered by the University of Houston in football as a freshman as well, but his most impactful encounter came in the eighth grade.

"My middle school was doing a project, and I was able to interview Chris Paul and some other Houston Rockets basketball players," he said. "After that meeting, I tried to mimic what Paul did on and off the court. I love his game and how he sees the court, and I admire the leader he is off the court as well."

After middle school, Williams burst on the high school scene at Kinkaid, where he stepped in for his brother Josh as running back in the Southwest Preparatory Conference title football game. He led his team to the championship and was the game's MVP, as a freshman.

At Second Baptist School, after choosing to forgo playing football for the 2020 fall season, Williams excelled on the basketball court for the Eagles. After averaging 26.7 points and 7.9 rebounds per game, Williams was named the District MVP; first-team, all-state and firstteam, all-district.

But his success at SBS hasn't just been on the court. 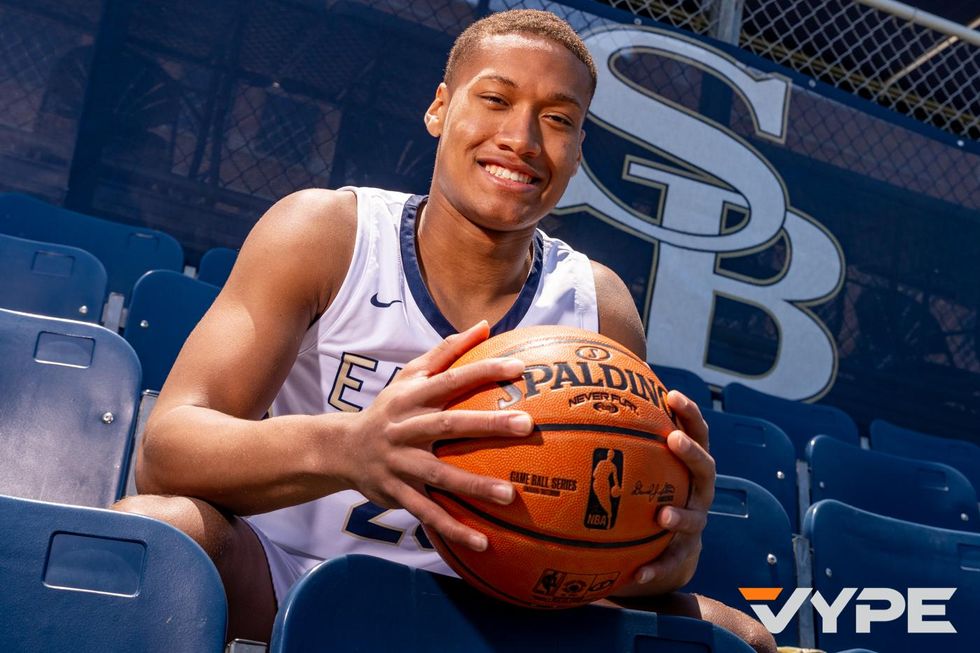 "Second Baptist School has been great," he said. "From the teachers to the students and coaches, everyone here is awesome. It's just a supportive atmosphere and everyone has accepted me. My grades are still strong with a 4.2 GPA, so I'm taking care of business."

Williams' early success should not be a surprise given his family's athletic history.

His father Jermaine played football at UH and then in the NFL, while his brother stars at LSU.

"I've grown up around football," the 6-foot-2, 210-pound athlete said. "That's the first sport I played, and my dad and multiple uncles played in the NFL. I also ran track and played baseball. I didn't pick up basketball until the seventh grade and that's when I developed a love of the game."

"When I'm around football, it's just familiar. With basketball, I have so much to learn. I'm addicted to the feeling of getting better. It's just a different feeling when I play basketball."

That's not to say that he still doesn't get the football bug.

"When football season came around and I decided not to play last year, every Friday night I'd have that urge in my stomach when I saw those Friday night lights," he said. "I still have that offer from UH in football, and I take that very seriously – that's my dad's alma mater. If schools gave me football offers, I'd have to consider them. That goes for baseball too."

Williams continues, "Who knows what the future holds. I'm considering playing football next fall. Just being able to go out there and battle with my friends is not out of the picture. But right now, my future is basketball."

And when Williams puts his mind to something, he goes all in. His expectations match his passion for the game.

"I have aspirations of playing college basketball," he said. "In five years, I'd like to solidify my spot in the NBA and actually contribute to a team trying to win a championship. I think I really have a good chance at doing that."

His confidence comes from who he surrounds himself with.

"My life consists of school and working out," he laughed. "I enjoy spending time with my family, either arguing over video games or bonding over working out. We had a whole group chat with all my older cousins and older athlete friends playing DI football about working out over quarantine. It was really fun."

SBS Athletic Director Mike Walker says, "Jordan is an outstanding young man with big goals and disciplined habits to reach those goals. I have been really impressed with his work ethic in the classroom, his leadership ability on our campus, and the energetic way in which he interacts with faculty, staff, and students.

Whatever Jordan decides to do, I know he will do it with great effort and with a great attitude. I can't wait to see how God continues to grow him." Whether on the football field, basketball court, or classroom, Jordan Williams has proven to his coaches, teachers, and administrators that he is committed to success. No doubt, the 2021-2022 school year will be one to remember for this student-athlete, but it will be even more exciting to see how he continues to shine over the next few years.