Houston Newsmakers: The cruel tragedy of the Sugar Land 95

7 Thoughts, Improvements to the #TXHSFB Season

No doubt the 2020 season was one of the most memorial, if not the most memorable season in the history of Texas high school football existence.

We all know why.

Thousands of players, parents, coaches and support staff made this season possible. Yes, there were cancellations, postponements and general concern that the season might not even finish.

Put me in that category of people that thought were would never see State. With a virus that became out of control, especially in Texas, I figured the possibility of completing the year as very slightly more than 0 percent. Maybe slightly greater than a 50 percent shot with the small schools but definitely didn't think it was possible with big schools.

I'll eat that crow. Everyone banded together and made it work. Kudos to those.

But this column isn't about that. In being around the sport for six full seasons coupled with some things that occurred this year, I have some ideas I think would make things better. 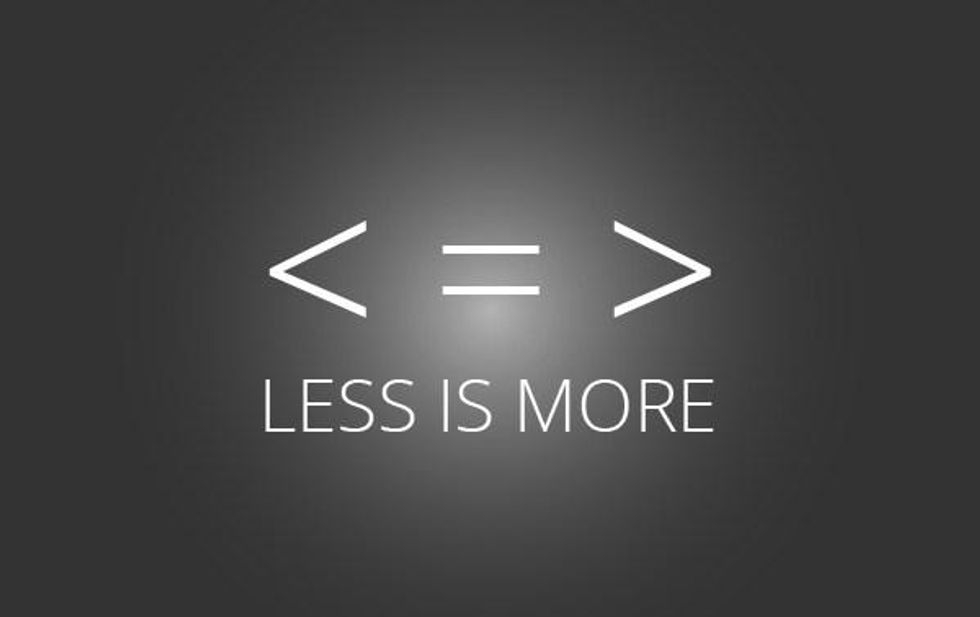 Before 1982, the playoffs included just the district champion. That year, it included the second-place team. A number of years later it added a third, and then later on a fourth.

Of course with anything, more teams meant more revenue. It also allows for more players to experience the playoffs. I get that. I am sympathetic to that purpose - not so much about money but allowing kids that opportunity.

But with the inclusion of the 4th team, I believe the playoffs have become way too diluted.

From 6A to 4A here are the Bi-District average scoring margins:

Those are ugly numbers. Yes, there were some competitive games across the state, and yes some teams made amazing runs (see: Mansfield Summit), but having certified blowouts each week is not an enjoyable way to kickoff the playoffs.

Congrats to North Dallas for making the playoffs for the first time in 60 years. Your reward? A 79-0 shellacking at the hands of the eventual state champs. Having four teams from each district make the playoffs essential makes the regular season moot, especially if one of those teams is winless.

Does getting drilled by 79 make North Dallas players feel accomplished? I genuinely don't know. Those kids will get to say we were the first team in 60 years to make the playoffs, but they will also get to say they lost by 79.

Contraction is the only solution to that problem. Personally, I want more competitive games than having more teams.

The toothpaste is already of the tube, so I know it won't change. But it should. 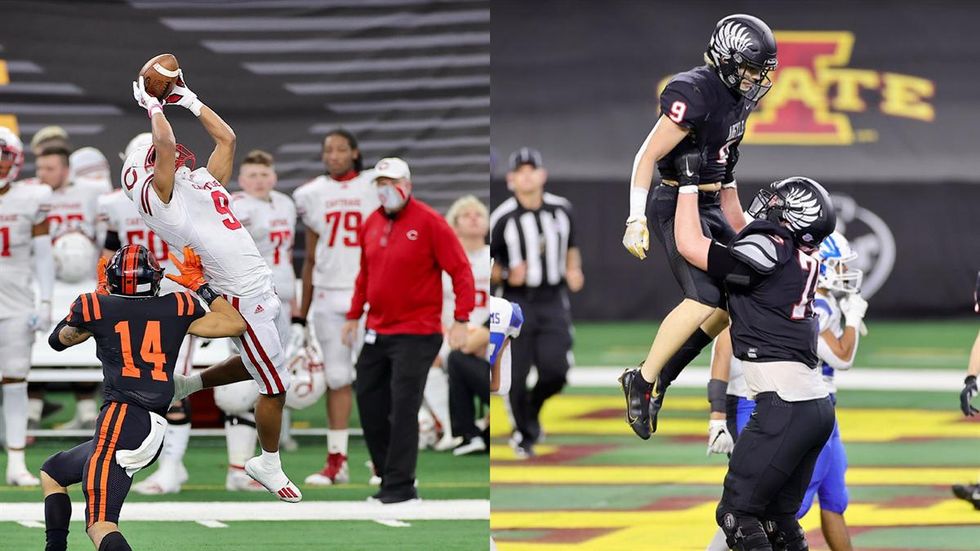 Tailcoating off of point No. 1, I think the Division Champs in all classes need to play each other.

Who wouldn't want to watch a matchup of Carthage and Argyle or Katy versus Austin Westlake?

You can still crown them their respective divisional champs, but we should really get one more week/game up and down the classes to say this particular team is the best in all of 6A, 5A, 4A and so on.

I understand the divisional split, but to be that team that can say they are the best of the best in their respective class just adds fuel to that fire of passion.

"The undisputed Class 6A State Champion."

Has a nice ring to it, right?

3. Change Up the State Sites 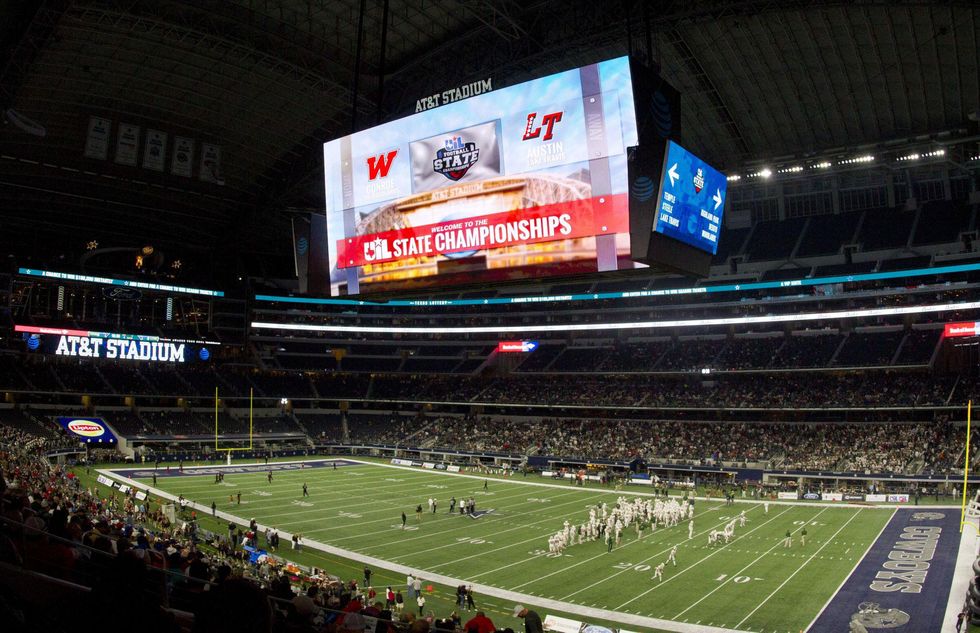 And while I greatly appreciate having State be so close to home to be able to cover it each time, UIL needs to implement a rotational system, similar to the College Football Playoff.

Outside of the terrible press angle at AT&T Stadium, there is more to this state than DFW.

AT&T Stadium might be the crown jewel of Texas stadiums, it cannot be the only place available during that time of year.

It would be beneficial for fans and players to be able to see of the state, if they haven't had the chance previously.

Let's get a rotation of NRG in Houston, Alamodome in San Antonio, DKR Stadium in Austin, Sun Bowl in El Paso - basically any other stadium in the state that can hold up to 60k fans.

I get the case for only using domed stadiums, so the weather does not affect things, but at the same time, 99 percent of the games through the season are played outdoors.

The sterile environment with the biggest, most ridiculous video board is becoming tiresome. The entire state should not have to descend upon Arlington every year. Make the DFW folks travel, too.

And to that end, move the 1A Six-Man games out of the stadium completely. This is not a shot at those schools or the type of football, although it is not my cup of tea.

However, I have heard anecdotally from a number of people that cover Six-Man that the trek to Arlington is overkill and the magic of the stadium has worn off. That's entirely fair.

Even in a normal year, AT&T is just too big/cavernous for the amount of fans that show up. If they have to come here, play those games at the Ford Center where the atmosphere is a tighter/more electric while still eliminating the elements issue. 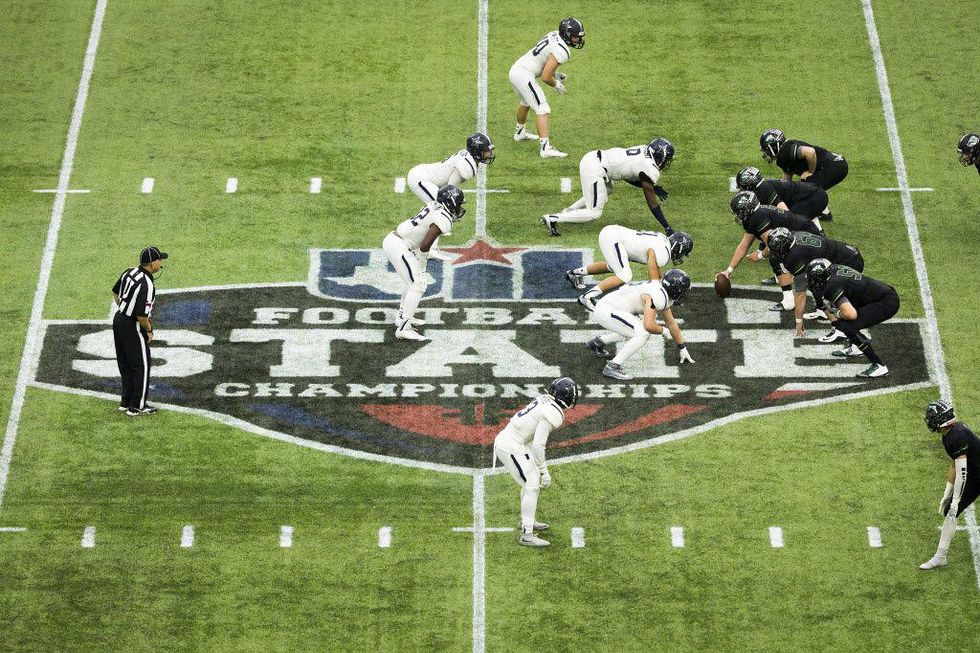 This is going to go back to the last point, but it would be nice to see the UIL State logo on the field (see above). Each year at AT&T it's the Cowboys field, and it sort of takes away from the magic of state.

We were lucky to have the Big 12 Championship during small-school State to break up the monotony of AT&T Stadium, but I think have State insignia in the endzones and at midfield would be a nice touch.

I'm all about the aesthetics of sports and seeing Cowboys all over the field while high schoolers play just doesn't feel right.

Cost is probably the reason why it isn't changed, but I would like to see less pro logos on the field and more of the event on the field.

And the endzones could be painted black with the UIL logo on both sides of a Football State Championships wordmark.

6. Reign in the DECs 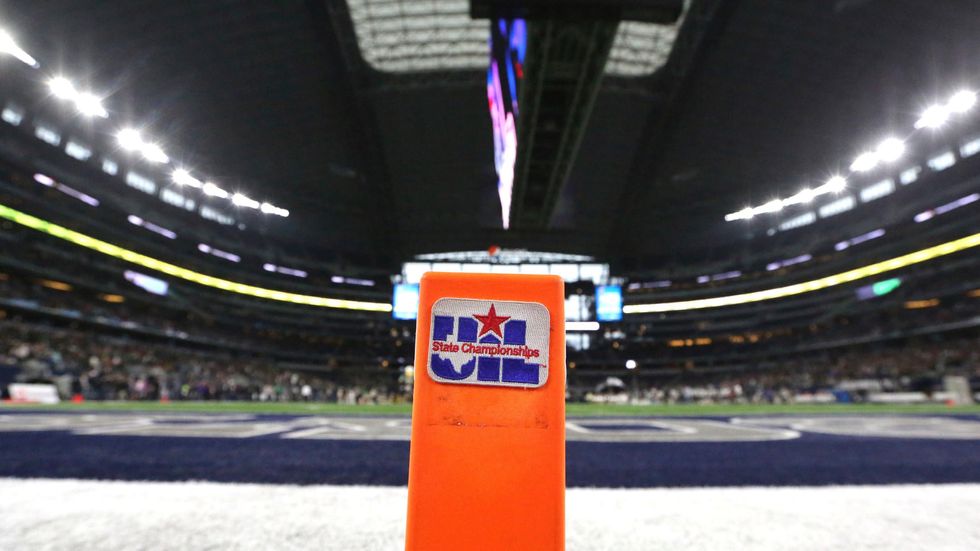 If there was ever a time, 2020 was the year to lay the foundation for universal rulings. The way some districts handled the COVID situation against how a neighboring district handled it caused mass confusion.

And in one particular case, it created pettiness.

The latter point I have more of an issue with than the former, and that happens to deal with Denton Ryan.

To preface, I have no allegiance to Denton Ryan, but the way the Frisco members of the DEC handled a situation this year was just child-like.

And this is where the UIL should have stepped up to be the enforcer of standards for this unprecedented year. This was the year districts needed guidance and leadership from the UIL to make sure every team, school and district were all on the same page.

I applaud Denton Ryan for turning that behind-the-scenes situation into a springboard for completely destroying its Frisco district mates when it came time to play.

Moving forward, the UIL needs be a true governing body of the participant teams. Leaving certain things in the hands of those that have much more of a vested interest in the results causes problems. If you're going to be the body that awards teams a trophy at the end of the season and set realignment, take that governing a bit further and take on full oversight.

6. Allow ISD Schools to Team Up 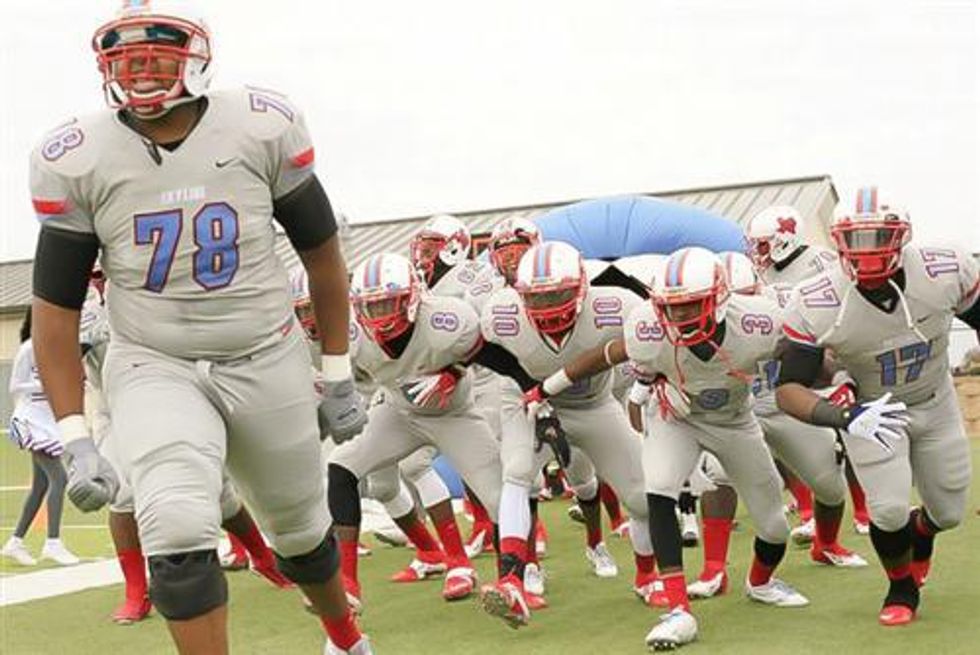 If we aren't going to try and put the toothpaste back into the tube, then at least let school districts be able to team up to create one team.

From a local perspective, I would love to see the Carrollton-Farmers Branch ISD schools, Fort Worth ISD schools and Dallas ISD schools be able to collectively pool their resources together to be able to take on the Allens of the world, should they so choose to do so.

If one community can amass 7,000 students to form a juggernaut of an athletics program, DISD, FWISD and so on should be able to fight fire with fire.

I would love to see the combined forces of Skyline, SOC, Kimball, Carter and other DISD players take Allen.

And this would be entirely optional. If individual schools want to remain that way, then so be it, but the option should be there to be able to form super teams in a manner Carroll, Allen and the others do. 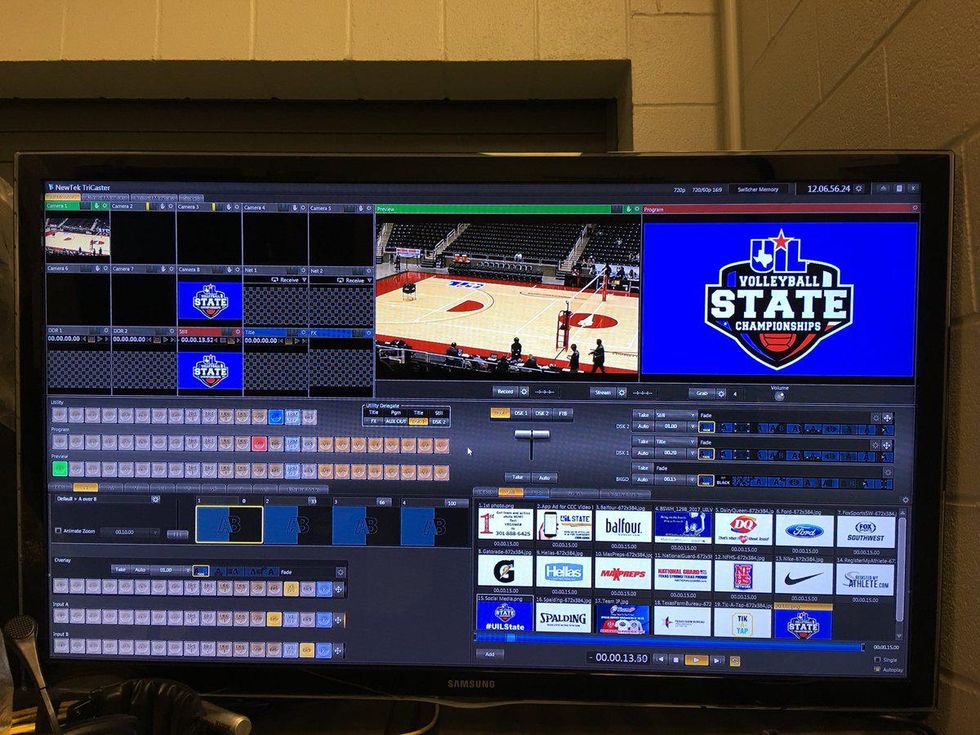 If there was one extreme positive with the 2020 season, it was allowing for TV broadcasts on Friday nights across the state.

Whatever the case may be moving forward: DO NOT CHANGE THIS BACK!

I cannot stress this point enough. While the general consensus is the UIL will not go back to the TV blackouts, it must come to fruition.

For the same reason you have nearly 1 million teams in the playoffs for exposure and money, TV/video broadcasts infinitely creates more exposure for the kids and generates many more revenue opportunities.

For the kids, having much more opportunity to have film for the next level of sports is invaluable.

On the latter part, pros and colleges figured this out long ago, so it's about time the inevitability happens with TV becoming a standard at the high school ranks.