5 warnings in effect for 7 counties in the area

‘I am heartbroken’: Erica Hernandez positively identified as body found inside of vehicle pulled from Pearland lake, police says

Cool & Cloudy But Sunshine Will Be Back Thursday!

Quarterfinals Re-Match and a Rivalry

Pads on, helmets on, bright lights illuminating every yard line as Wimberley High School takes on Geronimo Navarro playing in the UIL 4A Div. II Quarterfinals... a scene almost too familiar. This matchup was the game that knocked the favored Navarro out of playoffs last year and advanced Wimberley to a State Semi-Final game.

The two teams are set for the same rematch this Friday night at Boerne ISD Stadium. The Texans and Panthers, of course have already matched up this year as they are bitter district rivals. Navarro took the regular season game with a score of 24-22 to win the District Championship, however the Panthers clinched that title last year as well, but then the Texans came marching back in the Quarterfinals to win convincingly by 42-12. Ultimately advancing to the Finals, where the Texans fell to Pleasant Grove.

Wimberley will look to Senior Quarterback, Matthew Tippie, to lead the team along with their leading junior rushers Moses Wray and Juan Olmedo. Tippie will likely be looking to Jaxon Watts or Ty Pruitt downfield as they are the Texan's leading receivers and performed well this year. On the defense we can anticipate more big numbers from junior Nathan Simpson as he's done all season. With over 20 seniors on the roster, we can expect leadership and grit from the Wimberley Texans in this rematch. 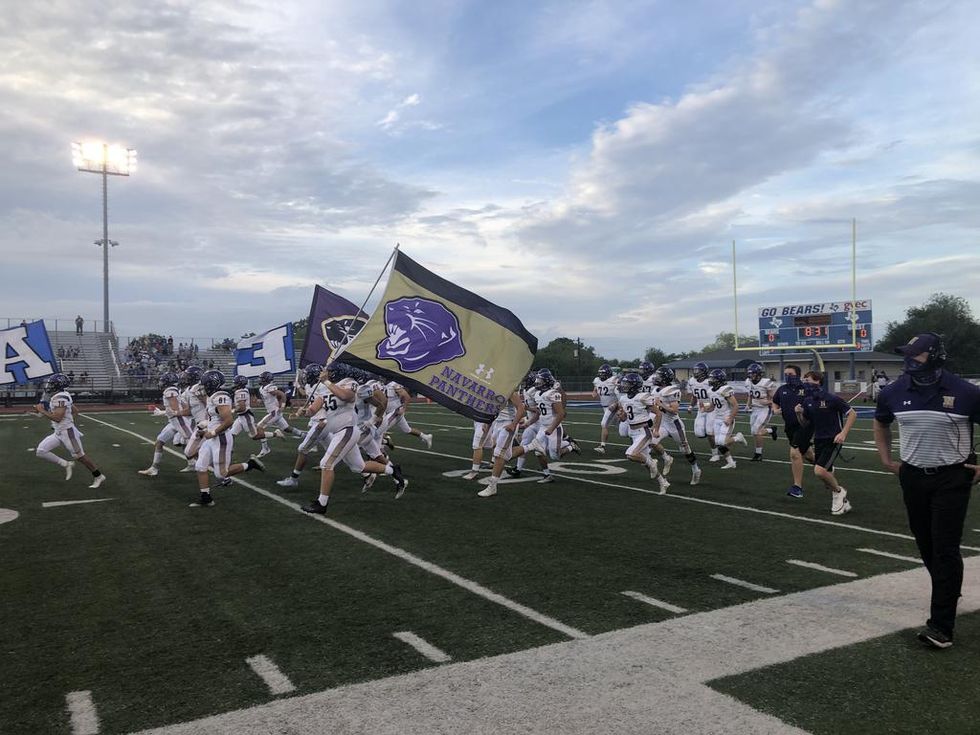