The Woodlands High School senior, Kaylynn Lambert, has been twirling for 12 years and is currently holding the position as the only Highlander feature twirler.

Lambert has been twirling since she was 5-years-old and has always had the dream of becoming a feature college twirler for a large university. She started out with Nancy Eisenhauer in Corpus Christi, until she joined the Mickey's Majorettes after moving to The Woodlands, where she is coached by Patti Mickey and Kayli Mickey McIntosh."My family and my coaches push me to grow in my craft every single day because I never want to disappoint them," Lambert said. She sets aside 2-3 hours everyday of the week, 20 hours in total, simply to just practice and learn new skills.

She, alongside her coaches Patti Mickey and Kayli Mickey McIntosh, choreograph all her routines. "Its such a fun process being able to learn new skills and play around with my baton to see what looks cool. Can't forget the fail videos from practicing it too," Lambert said.

She loved football and competition season twirling equally for their distinct qualities. "Football season is a lot more relaxing and fun considering I get to do easier tricks to avoid dropping my baton. While in competition season, it's a lot more challenging and technical, which pushes me to different limits. Although, I truly enjoy the pressure because it makes me a better twirler and it gave me multiple opportunities to make new friendships," Lambert said. Lambert is apart of two competitive competition twirling teams; one based locally with Mickey's Majorettes, and another team based out of Atlanta, GA named Forte. She has competed in roughly 300-400 competitions throughout the 12 years. "My favorite competition would probably be AYOP Nationals or Twirl Mania International Championships (world wide at the ESPN Sports center in Disney World) because I get to see all my friends from around the nation and the world," Lambert said. She has won over a dozen awards but some of her favorites include "being crowned Junior Miss Majorette of the Southwest in 2019 and being a Grand National Semifinalist, as well as qualifying for finals in X-Strut and solo," Lambert said. COVID has had a negative effect on twirling for Lambert, saying "all of our competitions have been cancelled since March and we are just recently getting back into the competition season, which has diminished the amount of chances to compete."

Her favorite types of tricks include low flips, which are composed of super fast tosses that don't pass her head and move around her body. "I don't normally do them at football games because the crowd likes bigger tosses more," Lambert said. The hardest trick Lambert can do is a triple illusion, where she tosses the baton up extremely high and do 3 illusions (an upside down split) followed by her catching the baton. She believed the hardest aspect of twirling is the physical pain that comes with it. "Getting hit with a metal stick coming down from 100 or meet up is very painful." Lambert continued, "sadly it's very common for twirlers to get concussions, pulled muscles, nerve damage, and especially hip problems."

She believes the best aspect of twirling is getting to meet lots of different people, especially little kids who look up to her. Lambert described the twirling community as "super supportive with its handful of drama at times because of its competitive nature. Everyone is extremely loving and supportive of peoples accomplishments, which makes competing even more enjoyable."

Her favorite routine to perform is solo, which is a 2 minute and 30 second competition event with only one baton. "Its by far my favorite because I get to showcase my skills to the fullest extent and show my personality. Although it took me awhile to find my love for it, considering I hated it when I was younger because I always came up short by coming in second place," Lambert said.

Lambert, her coaches, and her Mom design all her costumes. "We send the sketch to the company, they make it, and when it's finally delivered I get to see my vision come to life," Lambert said. Lamberts Mom, Dana, rhinestones the costumes herself by hand, occasionally with the aid of Lamberts coaches. "I would have to estimate my costumes have around 10-15,000 rhinestones each, depending on the costume," Lambert said. Her favorite costume was her pink one worn during October in honor of breast cancer awareness."It's one of my newer costumes and it's extremely comfortable and covered in rhinestones, which I love," Lambert said.

She would advise twirlers looking up to her to remember the quote that got her through all her difficult competitions:"the judges aren't there to tell your doing bad. They want to see you succeed just as much as you do. Theres no to be scared of your biggest supporters." She credits the twirler she is today to Caroline Carothers, Catherine Watters, Nancy Eisenhauer, Patti and Kayli Mickey, and her mother Dana. "Without these amazing women giving me such remarkable opportunities, I wouldn't have learned so many life lessons, let alone twirling," Lambert said.

Lambert is currently in the works of becoming a feature twirler at a major university. "I won't know which school until the end of the year, but I'm extremely excited and blessed for this opportunity," Lambert said. She is looking to major in a Bachelor of Arts in Psychology and minor in Neuroscience. "The human mind and psyche has always been extremely fascinating to me, Lambert said. She is also hopeful to become a twirling coach and judge when she grows up to "teach little girls and boys about the sport that I love." 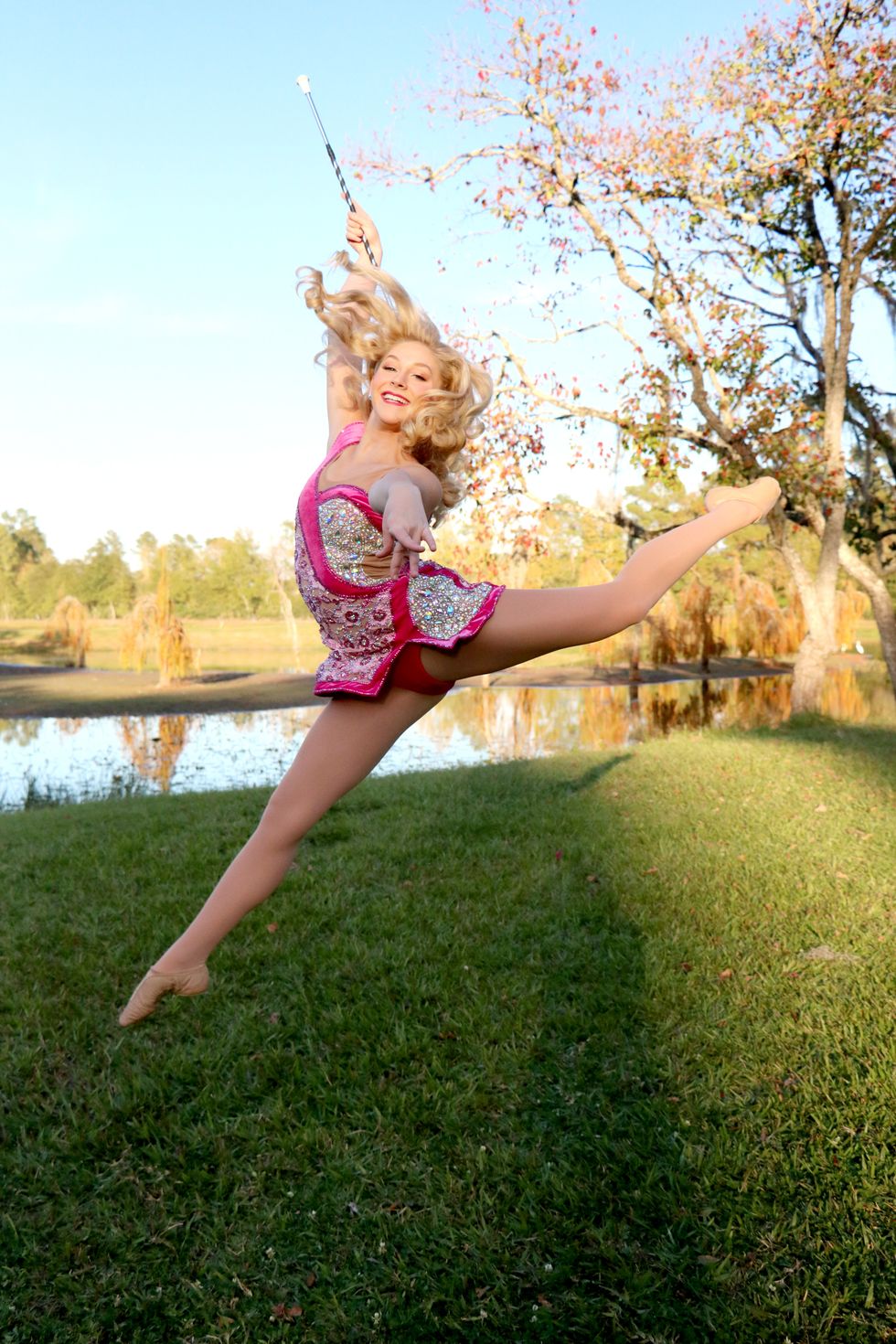 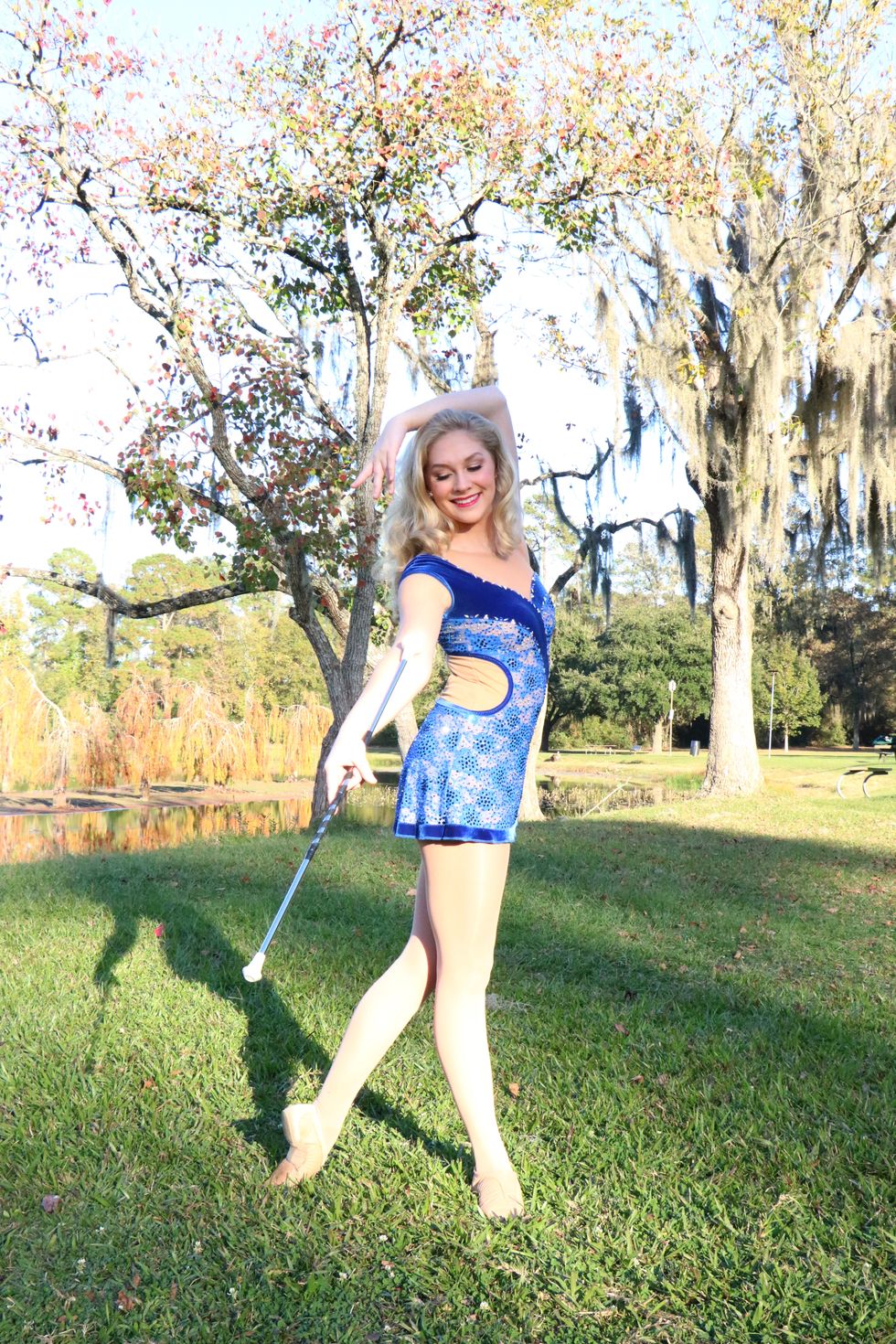 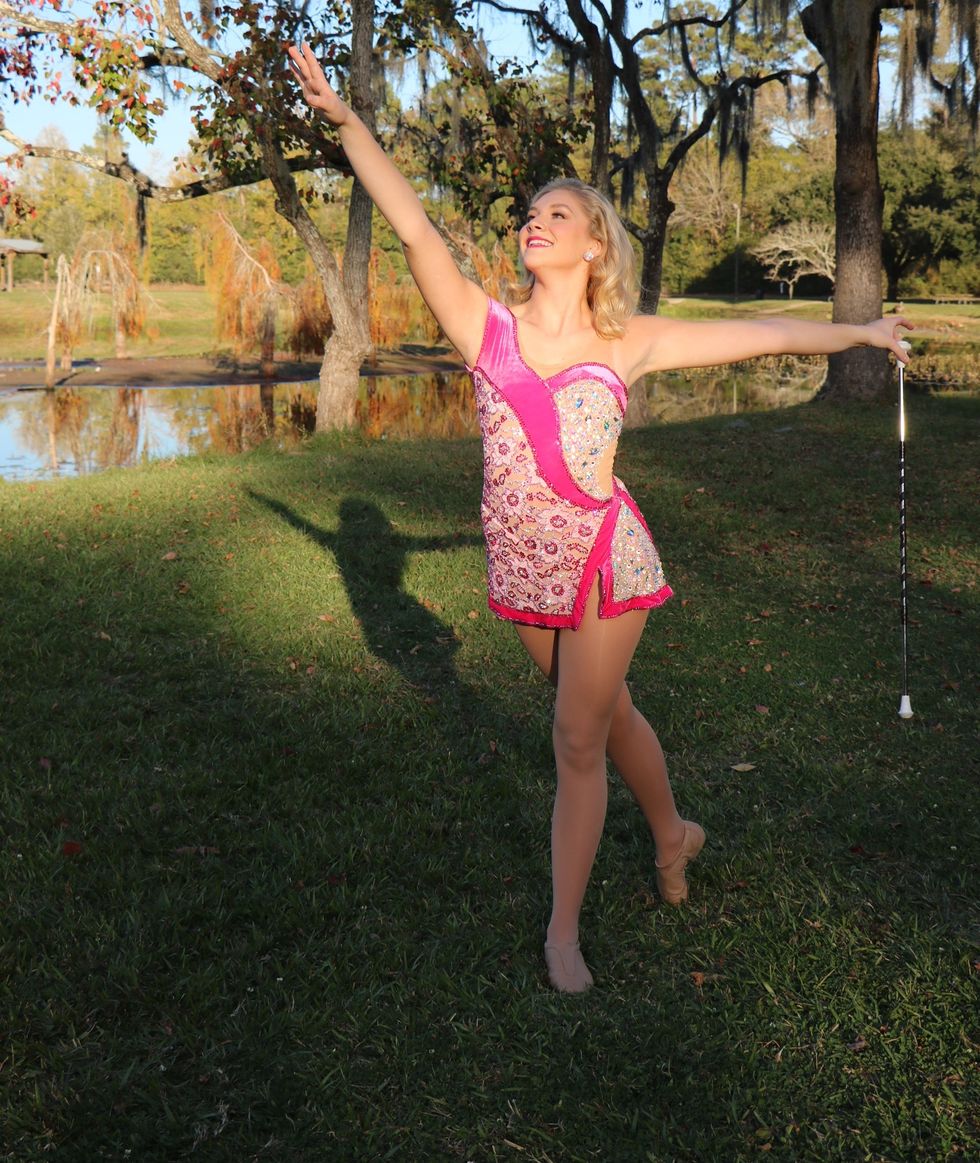 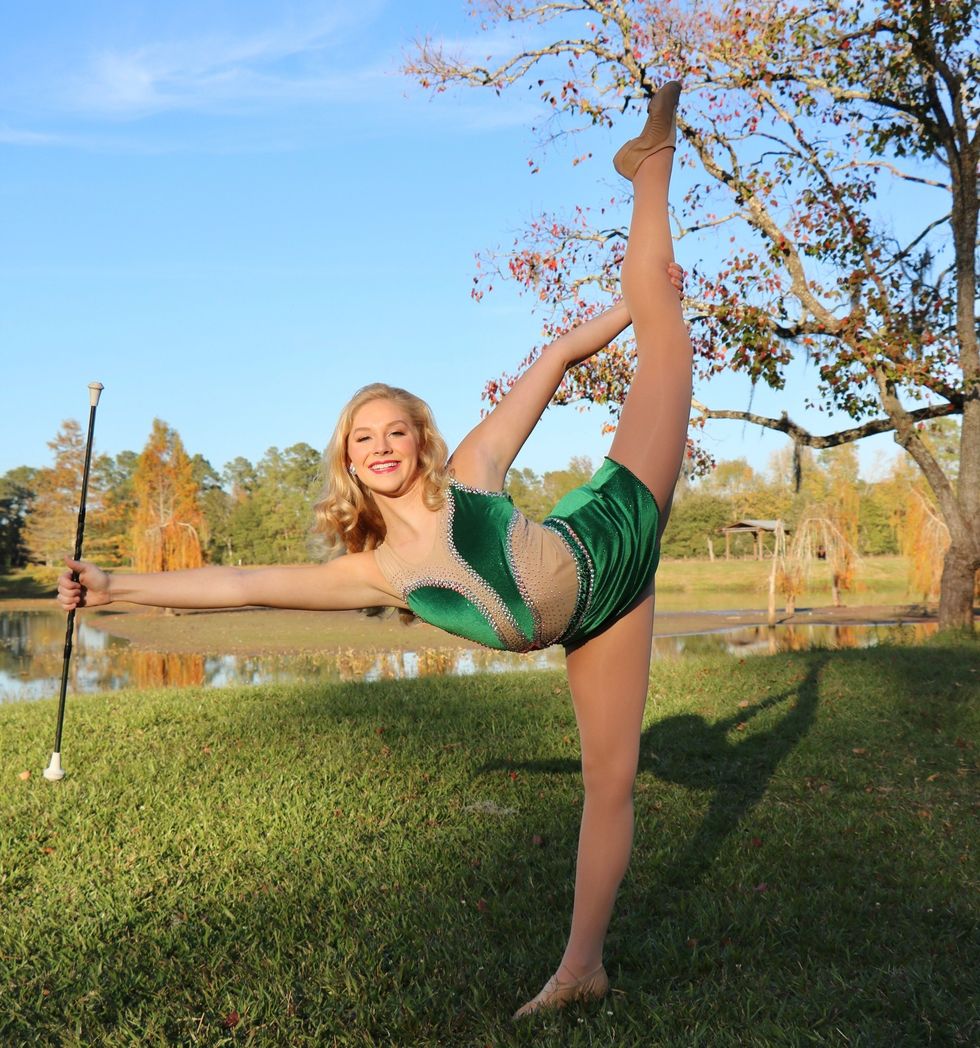