The Next Brady: FBCA quarterback shining in the first season with Eagles

It was when he threw his first touchdown pass while playing Little League football, Brady Dever knew he would be a quarterback.

And it's fitting that his main reason for getting started in football was because of a guy known by many as Brady.

"I had always watched and liked football since I was a little kid," Dever said. "I saw all my friends playing so I decided to sign up and play. Tom Brady was one of the main reasons I started watching and playing football in the first place."

The 2020 season was going to be different for Dever.

In the midst of a global pandemic, due to COVID-19, the sophomore changed schools moving from Foster High School to Fort Bend Christian Academy.

There was a lot of newness but not the traditional offseason that a normal transfer would get to acclimate to their new surroundings. But FBCA coaches and teammates, including last year's signal-caller JD Migl, made it a seamless transition.

"We were working out with each for about two hours every day this summer," Dever said. "When I first came in, the team was very accepting of me and they were happy to have me. A big part of the transition was my teammate JD Migl.

"He helped me with the understanding of the offense, leadership and being a team player. He helped me develop my leadership skills and he was willing to move positions to help the team and let me step into the quarterback role."

While they couldn't be together, Dever said him and his new teammates bonded through playing video games and golfing.

The chemistry developed through teeing it up and playing online flourished throughout the season, which saw FBCA post a 6-2 overall record and go 4-1 in district play – punching their ticket to the postseason for a second-straight year.

Early on though, it took a bit of time for everything to click.

Clicking may be an understatement.

Since that 21-14 loss to Kinkaid, the Eagles have gone 5-1 since and Dever has put up some monster numbers.

As the Eagles head into the 2020 playoffs, Dever has passed for 1,744 yards and 19 scores, including passing for a school record 408 yards and three touchdowns against Cypress Christian last week.

"The receivers and the offensive line are the reason I have been able to obtain these numbers," Dever said. "The receivers are a special group, and they are always making plays. You never know what's going to happen when they touch the ball, and they could take it to the house at any time."

The receiving corps has been anchored by Solomon Cole and David Kasemervisz, while the line – which has allowed only three sacks in eight games – is anchored by national-recruit Remington Strickland.

Instead of talking all about himself and his gaudy numbers from the season thus far, Dever took time to shoutout his teammates.

Dever talked about Kasemervisz's catch across the middle where he broke multiple tackles for a 70-yard score; Cole's ability on short routes to make people miss and how he is a "special athlete"; Braylon Gardoni's catch and run against St. Joe's where he broke three defenders ankles on the way to the end zone; Michael Kasemervisz and his ability to make big catches on third downs.

After giving his teammates glowing remarks it was time for the coaches.

"I have learned a lot from both of these coaches this year. I also want to give thanks to my trainer Sean Salisbury. He has taught me how to play this position and what it takes to be a great quarterback." 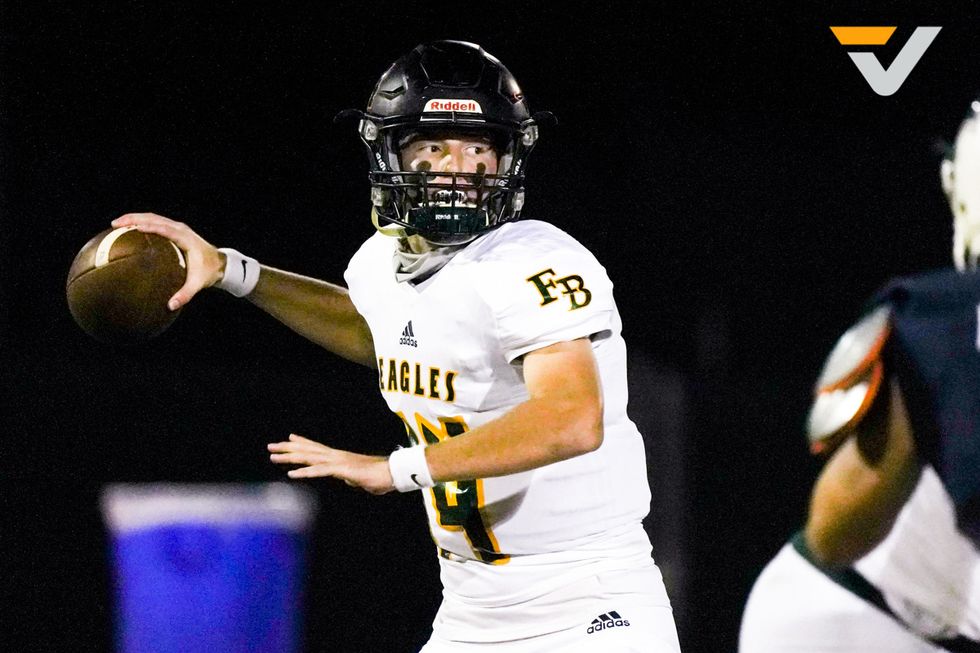 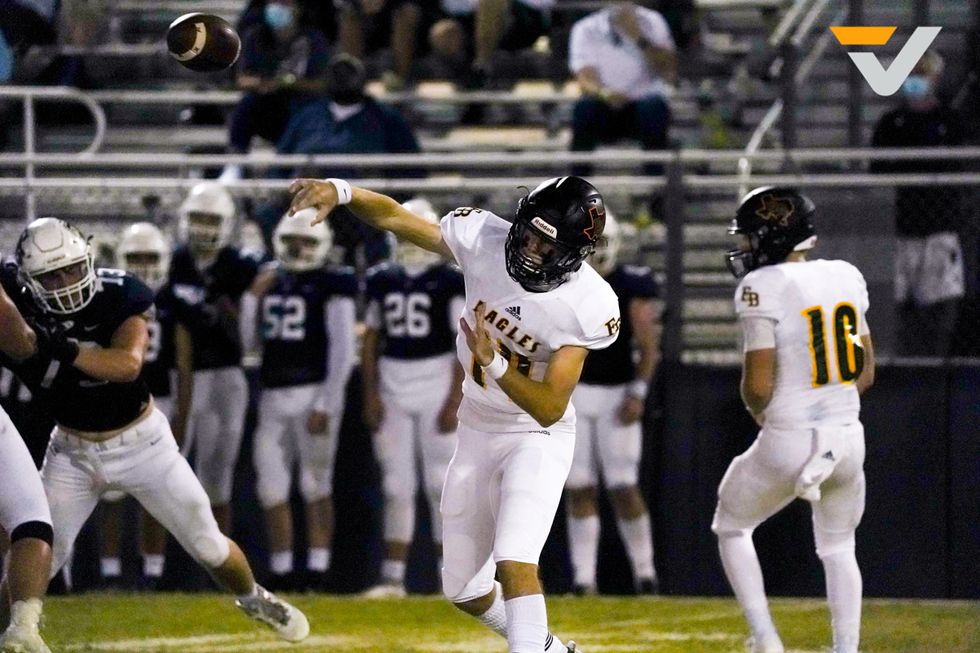 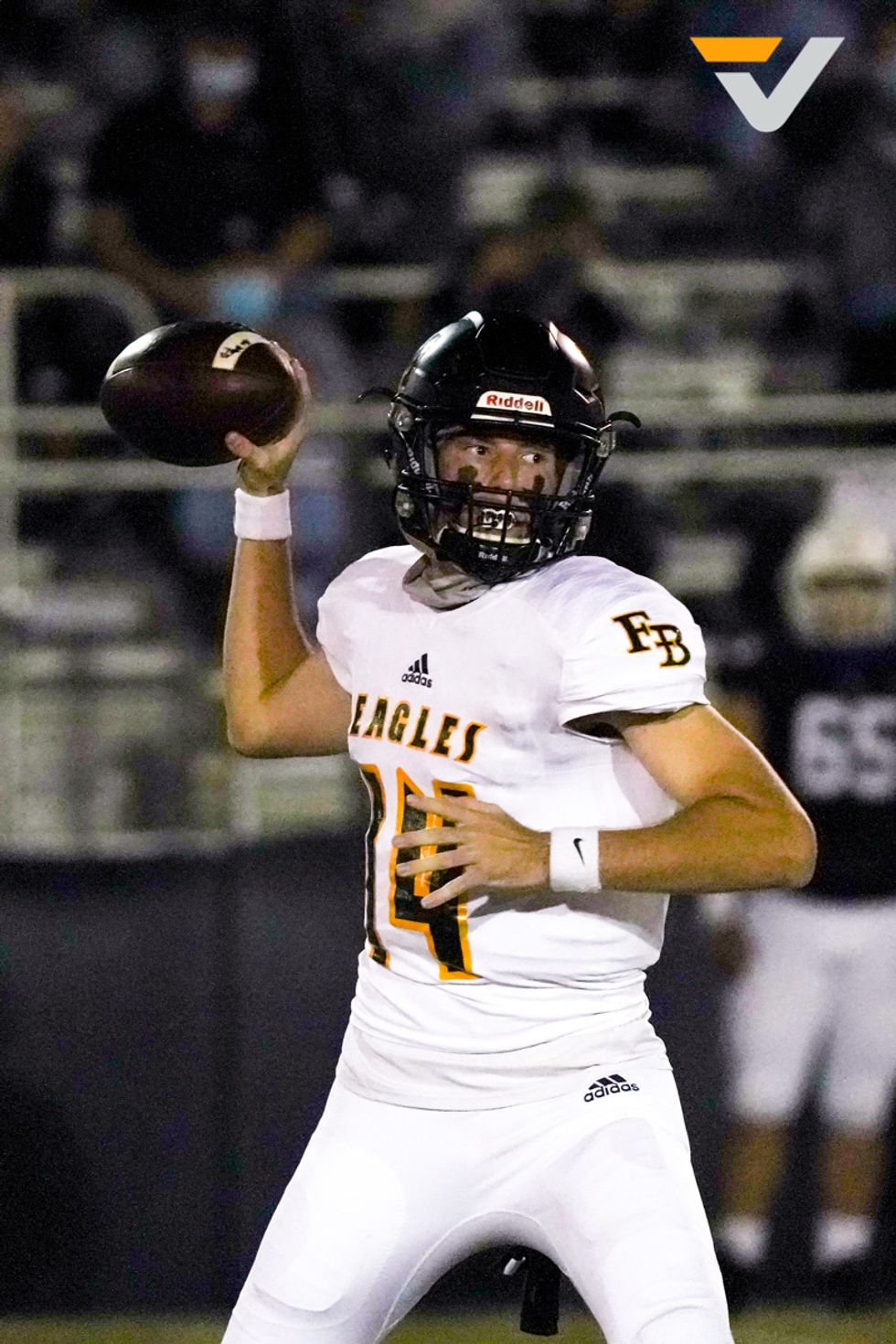 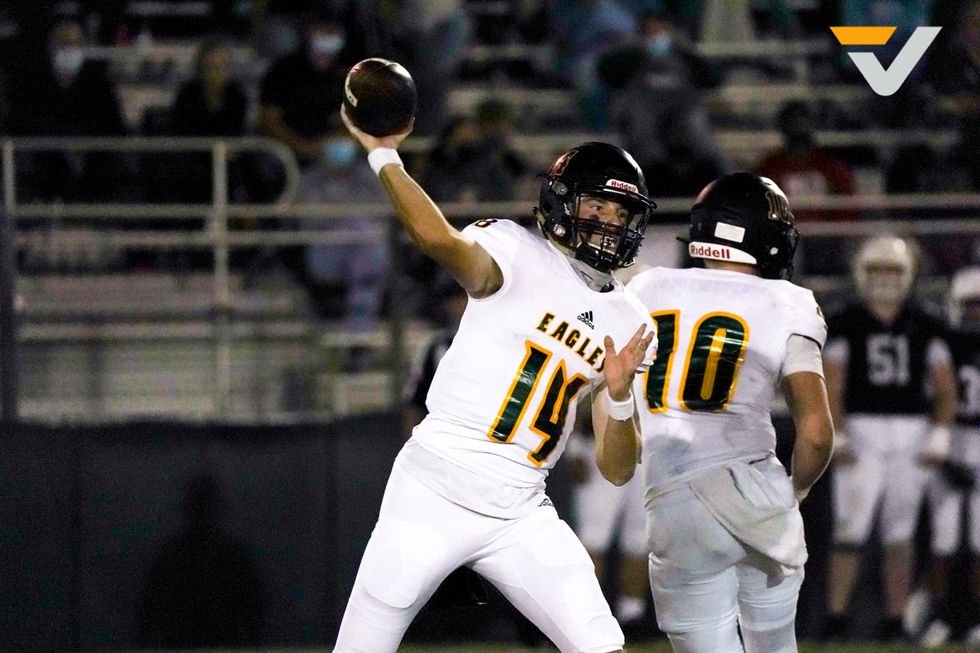 As we finish this journey, remember Dever is not a senior. He is not even a junior.

The guy who has come to a new team, meshed with a new group of teammates, helped carry a program to the playoffs a second-straight year and has passed for nearly 1,800 yards is only a sophomore.

"The sky is limit, it can only go up from here," Dever said. "I realize that I have a lot to learn and I just have to keep my head down, stay humble and continue to work hard. I greatly appreciate the opportunity that Coach Black, Coach Carpenter, Coach LaRocca, Coach Baptiste, Coach Thompson, Coach Schubert, Coach Young and Coach Garcia have given me this year!

"I look forward to a great playoff run and an exciting next two years with hopes of a state championship!"

Fort Bend Christian Academy gets a bye in the opening round of the TAPPS Division II Playoffs and will face the winner of St. John Paul II-Corpus Christi versus Frassati the weekend after Thanksgiving in the Area Round.