‘They can’t take away the word of God’: Trailer full of equipment stolen from church in Katy

If you've followed Lake Travis' football dynasty since 2007, much of its success has come from the development of excellent quarterback play under head coaches Hank Carter, Chad Morris and Jeff Dicus. Current NFL athletes Baker Mayfield and Garrett Gilbert immediately come to mind, but there's other notable alumni in Matthew Baldwin and Hudson Card. That trend has continued to the present day because a trio of playmaking quarterbacks are on the 2020 roster in Pittsburgh 2021 commit Nate Yarnell, 2023 SMU and UTSA offered recruit Bo Edmundson and a 2022 prospect in Isaac Norris that's off to a strong start to his varsity career.

Having incredible depth at the quarterback position has helped the Lake Travis Cavaliers keep pace with the best teams in their program's history. They started the 2020 season with three great options at the crucial offensive role and stayed on track when Edmundson took over for the injured Yarnell and Norris did the same when Edmundson got hurt. That's why the Cavs are undefeated at 6-0.

"Nate and Bo have been super supportive and are letting me know each day at practice what I'm doing good and things I could do better," said Norris. "I'm [also] blessed to be surrounded by coaches and players with a lot of knowledge of the game."

"I have been approaching each game the same way," he added. "I have confidence in the guys that surround me that they will get their job done and I know they have the confidence in me to get my job done. I think that's what really separates us as a unit, compared to other teams. And as of right now, I'm just taking it game by game. I just like to be ready and prepared for whatever can happen."

Fans started to notice Norris during the 2019 season when he took over the tight end position usually reserved for 2021 USC commit Lake McRee, who suffered a preseason injury. Norris produced a UIL 25-6A second-team all-district campaign and later played some quarterback, with a highlight coming in the form of a 12-yard touchdown pass to Grayson Sandlin in Lake Travis' 52-17 UIL 6A Division I Region IV semifinal playoff win against Weslaco on November 29th.

Plenty of offseason buzz followed, so it's not a surprise that he's played more in the opening weeks of the 2020 campaign. He's taken more snaps under center and made additional noise as a rusher and receiver. That includes the explosive October 23rd outing against Austin High in which he recorded eight catches for 112 yards and a pair of scores and five rushes for 22 yards and another touchdown.

"That game kinda got me going this season," Norris said of the district match with Austin High. "The energy I had in that game is what I have been trying to do each week."

He saw more action in the following game against Austin Bowie on November 6th and earned his first varsity quarterback start. He ended the outing with a 9-for-13 passing performance for 141 yards and two touchdowns. He also added six rushes for 13 yards and another score.

"It was cool starting out the game at QB," said Norris. "It brought me back to when I played QB as a freshman. Definitely an exciting experience."

"The seniors have been great to me this year," Norris added. "I think me being able to play with them last season and them already knowing me gave them more confidence in me. And that energy helps me compete on the field."

He continued his upward trend in his second straight start under center in a November 13th matchup with Del Valle. He recorded a breakout performance in which he finished with a 12-for-18 passing outing for three touchdowns and 172 yards and nine carries for 78 yards and three more scores.

"Though it looked great on my part, I think the line did a great job protecting in the pass game and creating holes in the run game and the receivers did a great job getting open," said Norris. "A lot of things we can clean up too, so I'm excited to see how much we can improve." 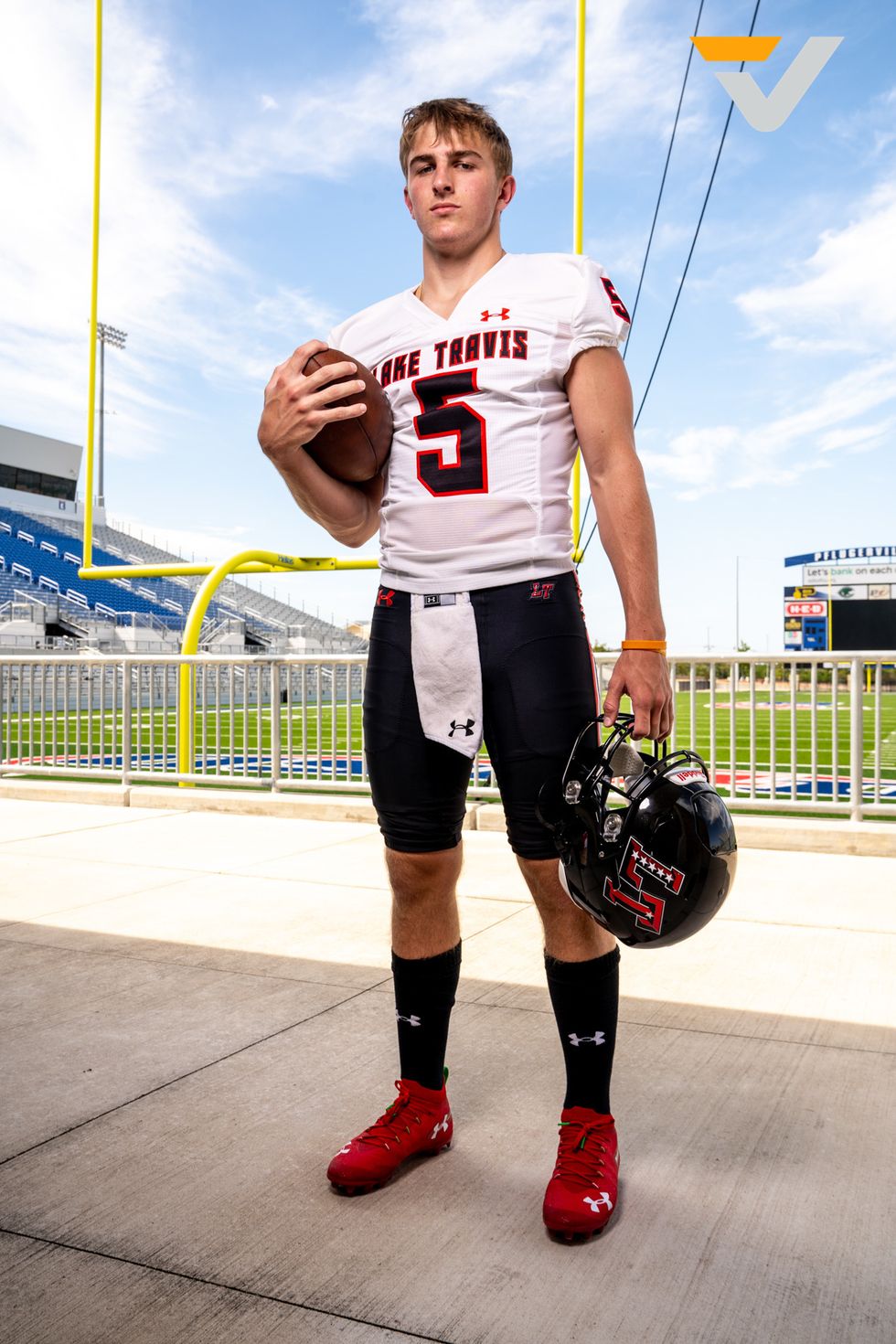 Norris understands the regular competition in Lake Travis' football program and is embracing his enhanced role in 2020. Whether or not he is named the Cavaliers' permanent starting quarterback in the future, you can expect the athlete to contribute and be ready for whatever position puts his team in the best spot to continue its remarkable legacy.

"I'm just enjoying my time playing high school football," he said. "Our coaches remind us often that you only play high school football once, so I'm just making the most of my time here. I'm just going to continue doing what the coaches want me to do and, wherever they need me, I'll step in and hopefully do good things."