This looks all too familiar for the TAPPS 3A State Semi-Final volleyball matchup. Today, the New Braunfels Christian Academy (NBCA) Wildcats will face Round Rock Christian Crusaders to see who will earn earn their spot in the State Finals. These two teams were matched up in last year's State Finals up in Waco where NBCA took the win and walked away State Champions. 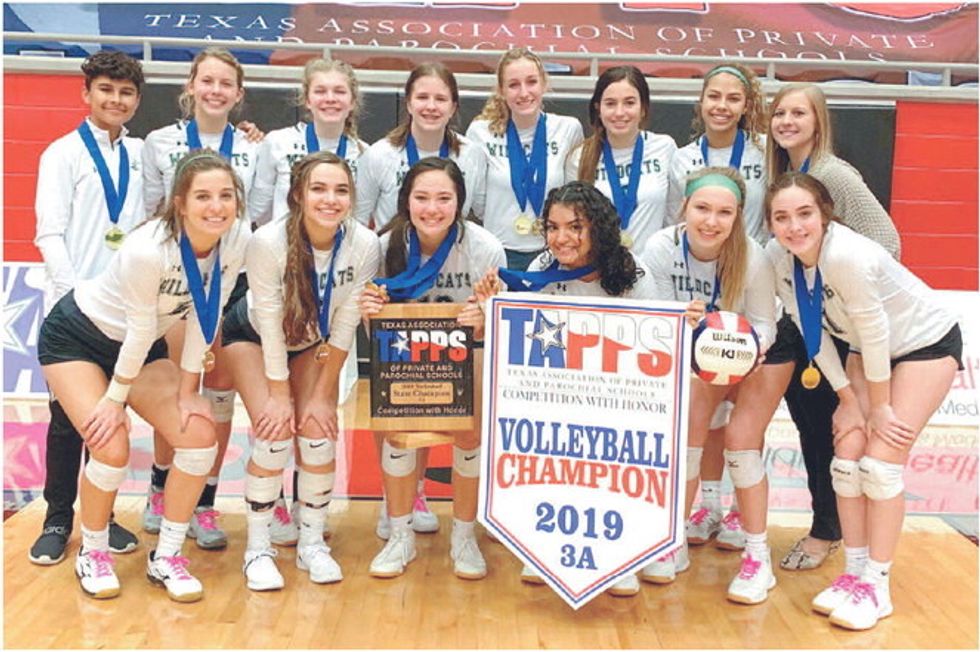 With the bracket change, the two teams are now on the same side of the bracket, with the State Semi-Final match slated with the two teams. No longer will this year's Final Four be played in a tournament style, as TAPPS changed the set up of the tournament due to resources for a site. The State Semi-Final match will actually be played at NBCA, Tuesday, at 6:30pm. Likewise, all Championship matches will be hosted at NBCA on Friday and Saturday.

The two have already faced off once this year as a season opener. Round Rock took the match with a 2-0 win. A lot can change over the season, and we look forward to watching this big matchup for these two schools. We can expect to see big hits from NBCA's Stanford Sand commit, Camdyn Doucet, and TCU Sand Commit, Hailey Hamlett. Likewise, the Crusaders will be bringing sophomores Kelli Northup, and Savannah Johnson along with all state player Julianna Rodriguez to be big tonight.

The winner of tonight's match will play Friday, November 20 at 7pm at NBCA.