Scary, yet Remarkable Finish for Natalia Runner to Make History

Entering the track in third place to head to the finish line, everyone yelling "Go Noah!" and then- nothing! There was no sound, no feeling in the legs, and no memory of finishing for Natalia High School runner, Noah Gilkey.

Gilkey, a junior Cross Country runner for the 3A Natalia High School went into the UIL Region four race Monday, at Texas A&M Corpus Christi, with hopes of making history for the school and being the first runner to advance to the State Meet. Not only was Gilkey set to make the state meet as he came close to the finish line, but he would have finished on the podium with a third place medal. Then something unexpected happened, Gilkey said he blacked out and fell with about 40 meters to go. He remembers falling only two times, but he said, "I actually ended up falling 4 or 5 times, and don't even remember finishing." In the video Gilkey shared with us, which may be hard to watch for some, you see he actually falls multiple times, and yet still some how gets up each time to ultimately finish 15th place overall.

He just remembers waking up on the tables in the medical tent saying, "I woke up feeling like I had been hit by a truck." He said he could barely muster up the energy to talk, but said after he realized he advanced "all I could do was pump my fist and hug my mom and my coach." After a wild finish Gilkey is honest with us saying, "It's kind of humiliating for me," he said, "but I think it showcases how much guts cross country takes and what it can really put you through." 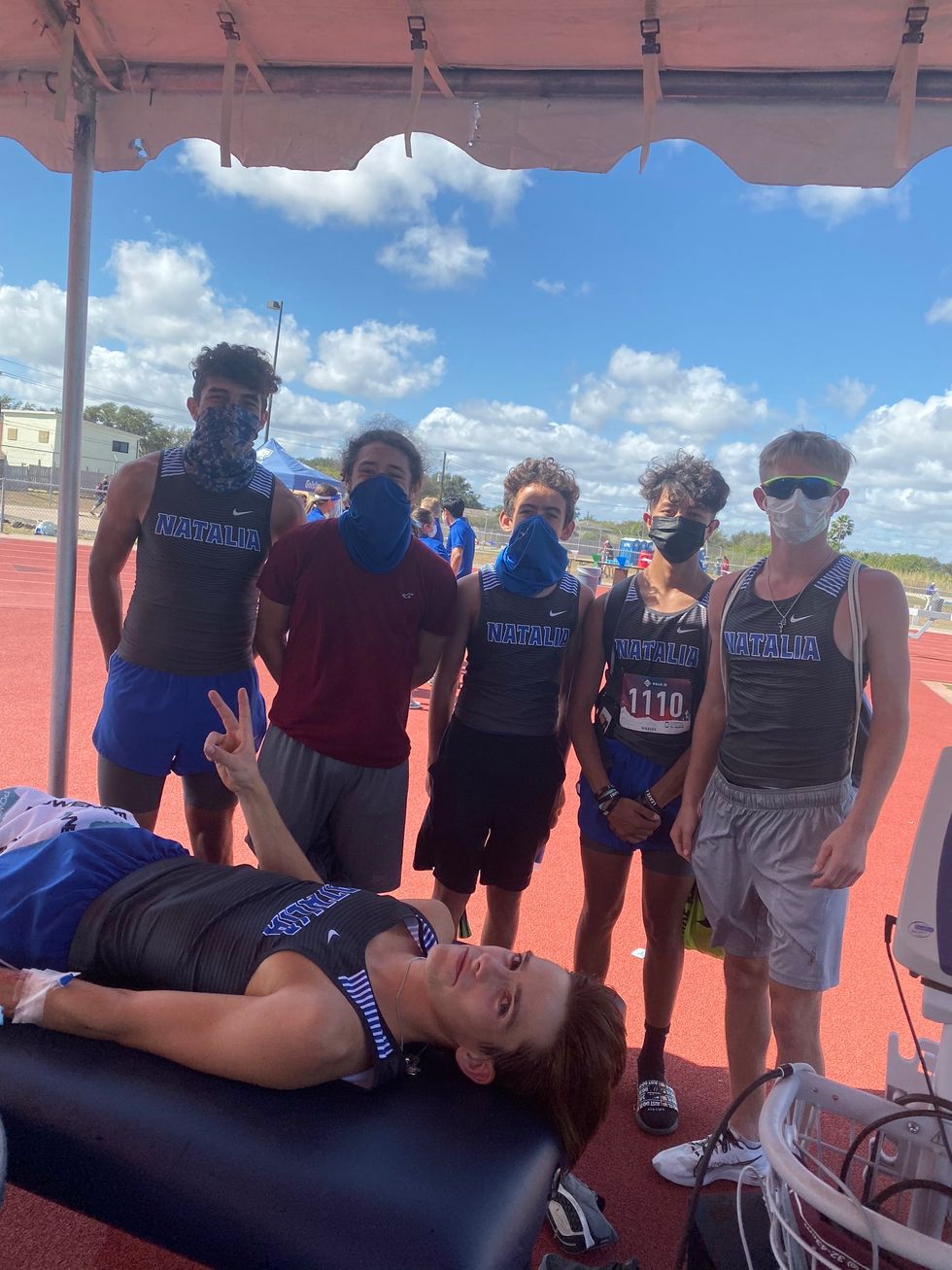 The junior has been running cross country since 7th grade and said, "I love cross country because it allows you to push your boundaries and learn so much about yourself that you wouldn't be able to otherwise, which I really think I showcased today." Earning the first berth to the State Meet for the school after finishing 15th feels incredible Gilkey said, "I don't even think it has really settled in yet, but so far it has been an amazing feeling."

With just one final race of the season remaining, Gilkey plans to get cleared by doctors and be assured there are no underlying issues, but then prepare for the meet of his life. The UIL 3A State Meet will be in Round Rock on Monday, November 23. Gilkey will give himself his usual pre-race pep talk where he tells himself, "not to waste this opportunity I've been given and that I'm just as qualified as anyone else to be there." Congratulations to Gilkey on an incredible accomplishment and to Natalia High School for this exciting new mark in history.