Saturn will will reach its closest point to Earth early Monday morning. Here’s when and how to see it.

Houston ranked among the top 5 hottest metros in the country

Update: Police reuniting disoriented woman with her family after officers found her walking alone at night in Sugar Land

GRANT GUIDRY AND MATT JANNES HAVE BEEN A PAIR OF BIG MEN ON CAMPUS AT FRASSATI CATHOLIC OVER THE PAST FEW SEASONS.

On the basketball court, the Class of 2020 stars led the Falcons as juniors and seniors, and both eclipsed the 1,000-point mark last season. "I taught Grant at St. Anthony in P.E. class," coach and AD Chris Meredith said. "He came out as a freshman and had a great attitude. He had the size of a basketball player but needed a lot of developing. "Matt moved in from out of town as a sophomore. It took his first year to figure out a new team and a new school. He obviously had talent and really embraced our team culture."

As sophomores, the pair helped the Falcons reach the State Final Four. As seniors, both were named first-team, all-district leading the team to the postseason. "We had really high expectations this year with four of five starters back as seniors," Guidry said. "We won some good games, we lost some games we should have won, but did just enough to get in the playoffs." 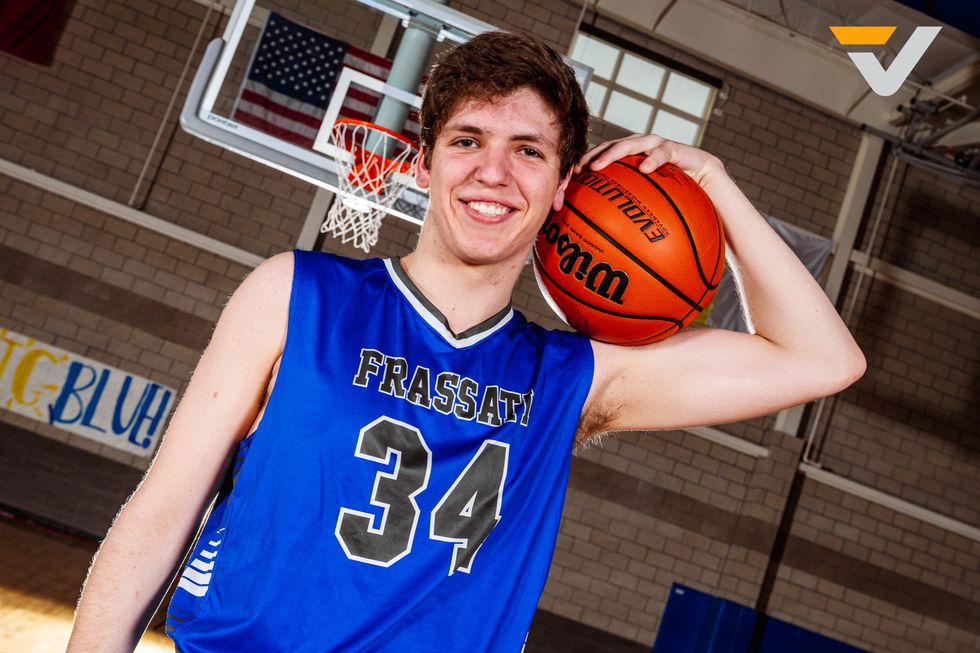 As far as tracking their points, the two were vastly different. "Frassati is such a new school, I didn't even know they kept up with those sorts of things," Guidry said. "I really had no idea and didn't expect it, but it was a great experience when it happened." Jannes on the other hand, "It was always in the back of my mind," Jannes laughed. "I love to score. I've always kept up with my scoring milestones, so when it happened it was a big deal for me. But my greatest memory was breaking the school record, scoring 42 points in a game."

What Meredith most appreciated was their development inside his program. "Those guys were tremendous team leaders," he said. "Their senior year, they really made a big commitment on the defensive side of the ball. When your best players do that, others follow. "They also both worked on their bodies and got so much stronger," he said. "They wanted to go inside more and be able to handle the contact. They got prepared for that going into their final year." While neither are pursuing basketball after high school, the pair left a lasting legacy on the hardwoods of Frassati Catholic. "We are going to miss those guys," Meredith said.