See something, say something: This is how to report suspicions of child neglect, abuse

VIDEOS: The most powerful, emotional moments from mourners at funeral for Pct. 4 Deputy Kareem Atkins

Jump to 6A isn't Slowing the Lions Down

The tradition of success continues for the San Antonio Christian Lions Volleyball team despite the move up to TAPPS 6A. The Lions have completed the first round of district undefeated and sitting in first place. Despite some challenges along the way including quarantines, concussions, and limited pre-season matches, the Lions have found a way to rise.

This year's mantra by the Lions is "We Will Rise". Athletic Director, Brandon Parrott immediately thought of the campaign when he heard the news about the jump to 6A. The rise from 5A to 6A in TAPPS is quite extreme- SACS actually has the lowest enrolled students out of all 6A schools, but was just on the cusp bumping them up. Preparing to compete against some schools with over 1,000 students in high school, while SACS has just shy of 400, seemed like quite a challenge. Coach Parrott said it best though, "challenges present such an opportunity for growth, so we have been imploring our athletes to Rise Up to the challenge of being the smallest 6A school in the state." It is often said to "be the best, you have to beat the best," and Parrott said we now get that opportunity, being a part of the largest classification in the largest private school athletic association in the country.

Coach Gerlich and her team have advanced to the 5A State Tournament every year since she joined the staff in 2017. The Lions clearly know what it takes to put in the hard work, and to compete against top teams. Joining up with San Antonio Antonian, San Antonio Incarnate Word and Austin St. Dominic Savio for their district play was one Gerlich knew would be challenging but doable. Only losing 3 seniors from last year, the team remains well-rounded and full of experience. After several changes in line-ups already this season, what they have now, seems to be working. The Lions have come out of the first round undefeated and in first place. Beating Incarnate Word and St. Dominic Savio in clean sweeps 3-0, and taking Antonian in a 3-1 victory, the Lions are looking promising for a great run in playoffs. As for looking forward to the second round of district Gerlich said, "we need to stay healthy and continue to work hard to get better. Other teams will be getting better as well, and we need to be prepared." 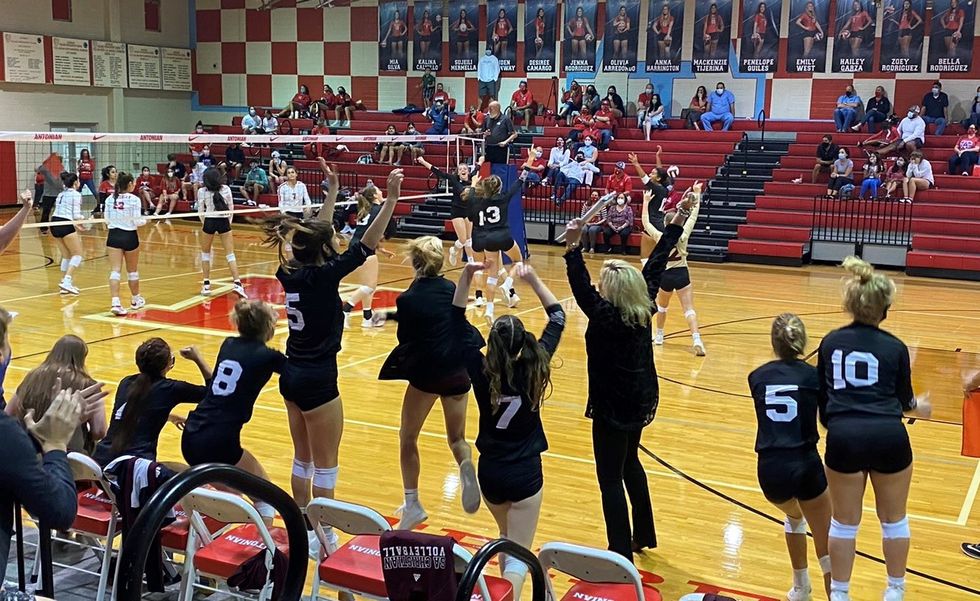 TAPPS Playoffs are set to begin on November 7, with the State Tournament set for November 20-21. We hope to see the Lions there in a month!