'A lot of jealousy:’ Close friend of 20-year-old woman killed in Cypress speaks out

Hard work paired with a great attitude is often a good combination for a positive outcome. For a local senior from Taft High School's magnet school Communication Arts High School, Jamiryana Hall, whole heartedly believes that is what it takes to get to play at the next level.

Hall will be taking her volleyball talents to the University of Central Arkansas in the Fall of 2021, as the Outside Hitter is excited to continue her career. "You have to make people want to watch you," Hall said when asked what it takes to play at the next level. The obvious answer for her was initially skill, but ultimately she knew the importance in her attitude on and off the court she said. Growing up, Hall was a cheerleader, dancer and gymnast; she didn't even know what Volleyball was until her 7th grade year. She decided to pick it up when she learned there was an "Athlete of the Year" award given at her middle school, and the winner had to play volleyball, basketball, and run track in both 7th & 8th grade years to be eligible. "I was pretty good at basketball, and I had run track, but I was clueless on Volleyball," she said. Hall laughingly said she somehow made the A team for 7th grade, played one game, and got moved to B team. She wasn't going to quit- she wanted to win that award. Hall worked to get better, tried out in 8th grade and made A team where she stayed all year. She quickly realized she was happy and said, "I had such a growth in my overall attitude playing volleyball." Hall worked hard, had a positive attitude and ultimately won that Athlete of the Year at Jefferson Middle School. 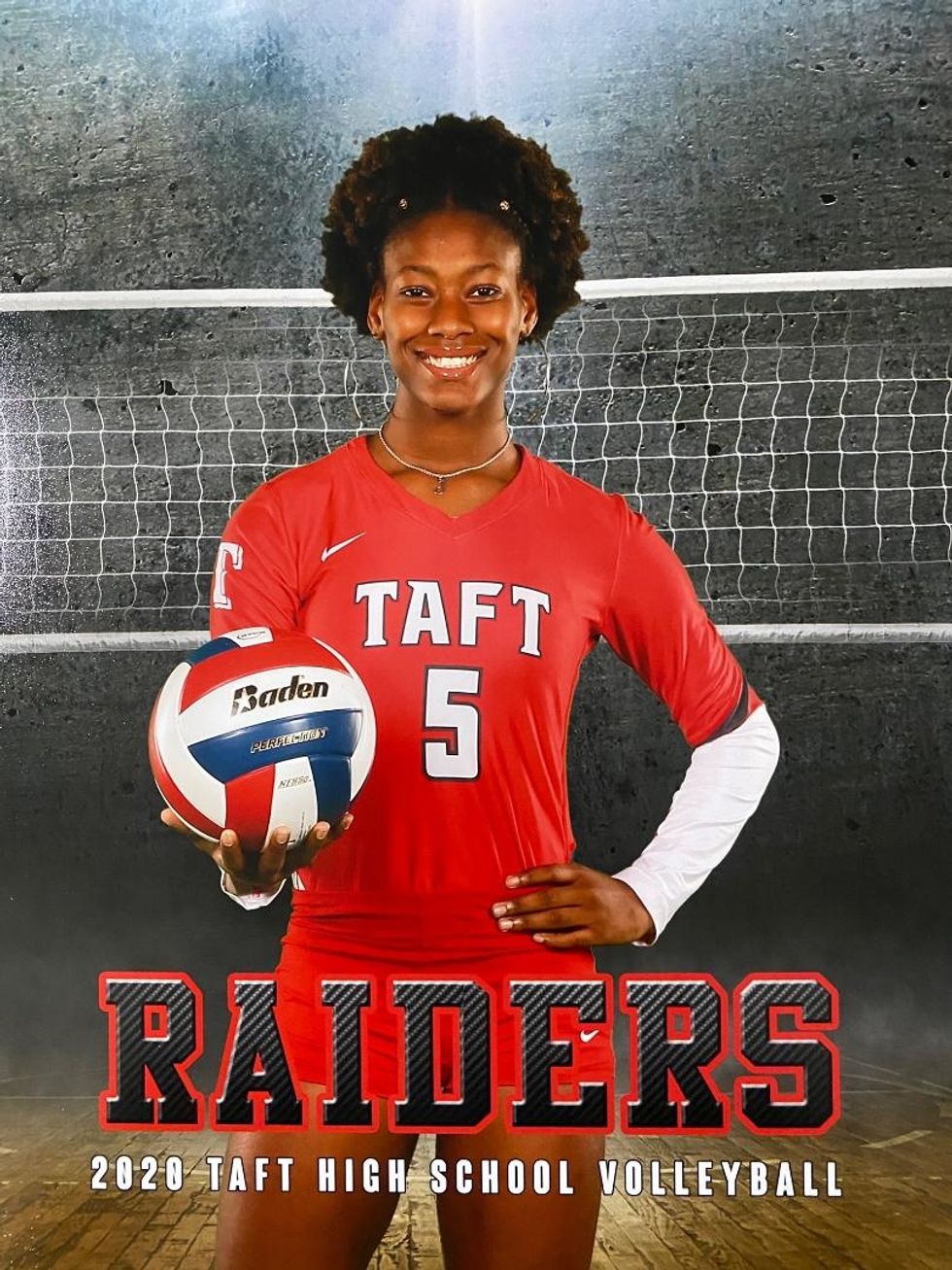 Moving on to high school, not everyone gets to experience what Hall has over the past few years. Earning a spot on the Varsity roster all four years, Hall has been a major factor for her Taft Raider team, and started collecting first-team-all-district accolades as just sophomore. After her sophomore year, Hall said she knew she would want to continue playing in college. Giving up a big chunk of her summer, Hall traveled for 27 days straight to camps all over Texas. "My recruiting process was really fun," she said. "I didn't even sleep in my own bed for 27 days," she said laughing. Hall didn't grow up in Texas, and decided she wanted the opportunity to look where she could spend her college years somewhere new, "I wanted something different than Texas," she said.

The tour outside the Lone Star State began, which ultimately led her to the University of Central Arkansas. When asked why UCA, she said, "I created the biggest bond with my coach, and I knew I wouldn't be able to tell him no." Hall mentioned she had talked with several coaches over the years, and had several impactful conversations, but never felt the draw like she did with UCA. She plans to study Exercise Science and hopes to ultimately open up her own Physical Therapy clinic. "I love sports and I know I wont be able to play my entire life," Hall said when saying she thinks running a Physical Therapy clinic will help her stick around what she loves.

Although Taft is not an undefeated team, or leading the district, Hall knows the importance of pressing on. Hall said the team is younger and the leadership skills she has learned is important for success saying she knows she must be a "leader by action." The Raiders will be starting round two of conference games this week, and they'll surely be matches to watch.