The 2020 VYPE San Antonio high school football season preview continues with area UIL team and district breakdowns. Today, we're going to take a look at UIL 28-6A, 29-6A and 13-5A Division I. Check out the team and district previews below and stay tuned for the area's preseason all-VYPE team later this week.

San Antonio Brandeis has advanced to back-to-back UIL 6A Division II Region IV finals and has a strong enough roster to make another deep playoff run in 2020. The Broncos join San Antonio Clark as the only returning UIL 28-6A members and welcome in North East ISD competition. Expect them to lean on UTSA commit Jalen Rainey, all-state honoree and Prairie View A&M commit Angel Lopez and other notable returners in Joshua Suarez, Joshua Green, Aiden Inesta-Rodriguez and Alex Palomino.

San Antonio Reagan heated up late in the 2019 season and advanced to the UIL 6A Division I area round and is expected to remain a threat again in 2020. The Rattlers have UCONN commit Pryce Yates, and other playmakers in Stayton Ankrom, Carson Green, Michael Perry, Roberto Sada Chapa, Pedro Ryan and Jayden Staggers. 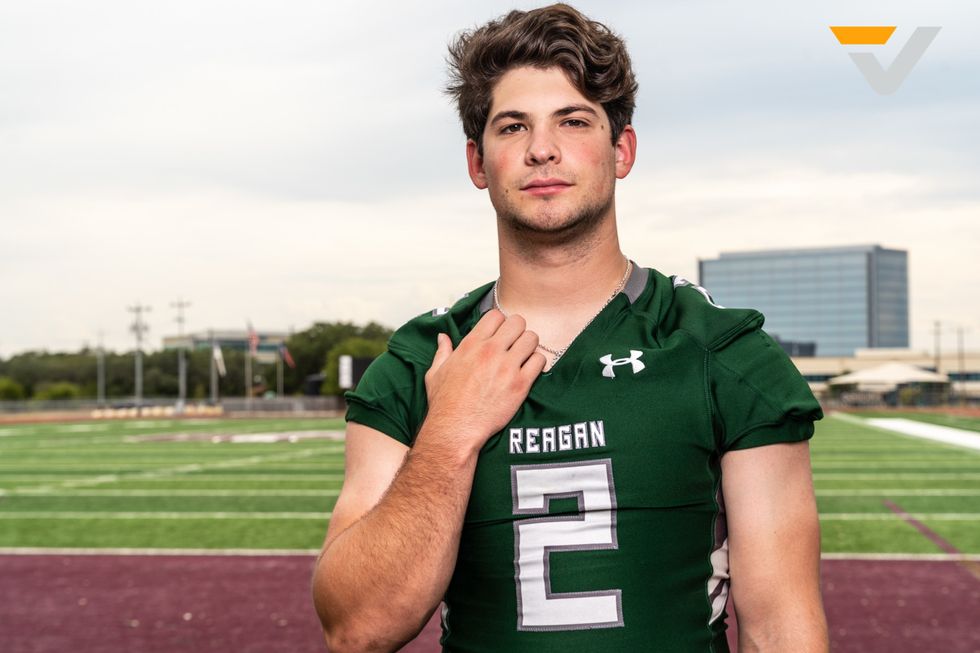 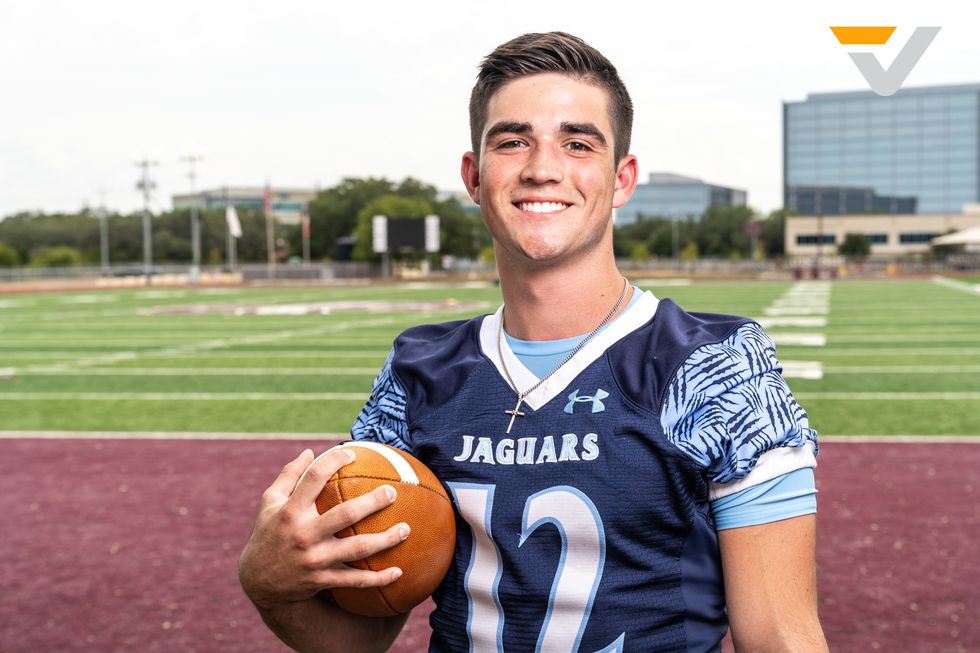 San Antonio Madison has won back-to-back district championships and will remain in the playoff discussion in 2020. That's because the Mavericks have all-district players in Royal Kyle, Nevon Cooper, Anthony Zuniga and Miguel Becker.

San Antonio Roosevelt made a lot of noise in 2019 by finishing second in the UIL 27-6A standings, so everyone's excited for its encore in 2020. The Rough Riders have an experienced roster that includes all-district honorees DeWayne Coleman, Antonio Price, Josiah Carrillo, Julian Anderson, Cranston Lockett and Jayden Witter and another contributor in Marcus Price. 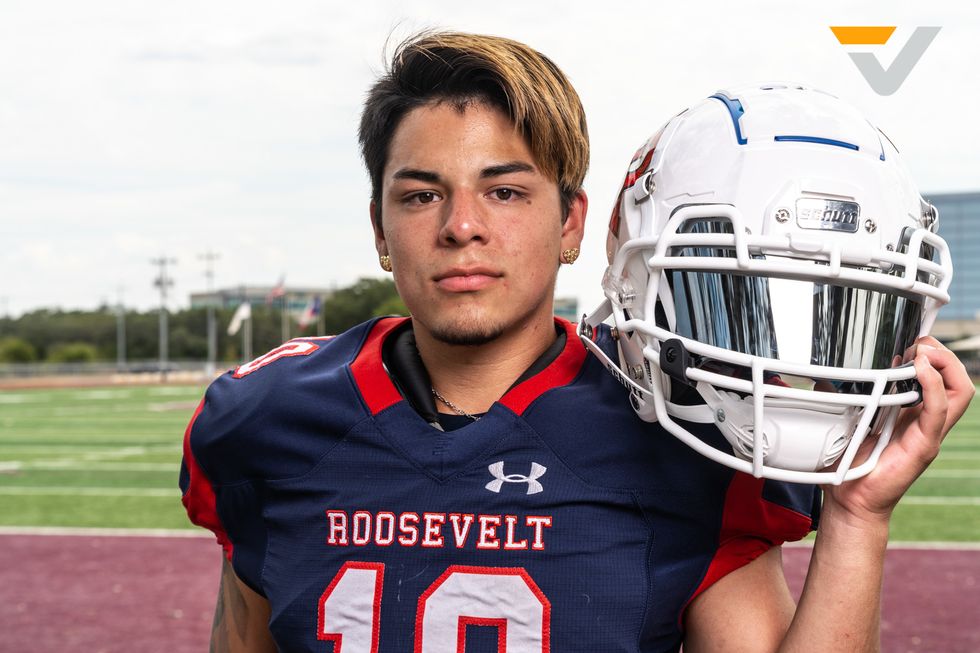 San Antonio Churchill is a motivated bunch because it missed the UIL postseason by a game in the district standings in 2019. The Chargers will challenge for the final playoff spot again because of notable returners in Christian Smith, Ben Miazga and Aiden Cabrera.

San Antonio Brennan has a proud football program and can return to its past dominant form in 2020. The Bears move from UIL 28-6A to UIL 29-6A like the majority of Northside ISD schools and feature a very talented roster. It starts with all-state honoree Caleb McGarity and Louisiana-Monroe commit Donovan Dreighton. Along with them, there's all-district recipients Justino Escobar, Daniel Ortiz, Jonathan Swisher and Alyzha Williams.

San Antonio Harlan is one of South Texas' youngest programs, but plans to continue its past UIL 5A success against UIL 6A competition in 2020. The Hawks are headlined by all-state talents Aubrey McDade and Kannon Williams, but don't ignore fellow notable athletes in En'dreas Spriggs, Vinceway Chism, Kamali Anderson, Eumari Massey, JD Salazar, Marco Sifuentes and Jaden Jackson. 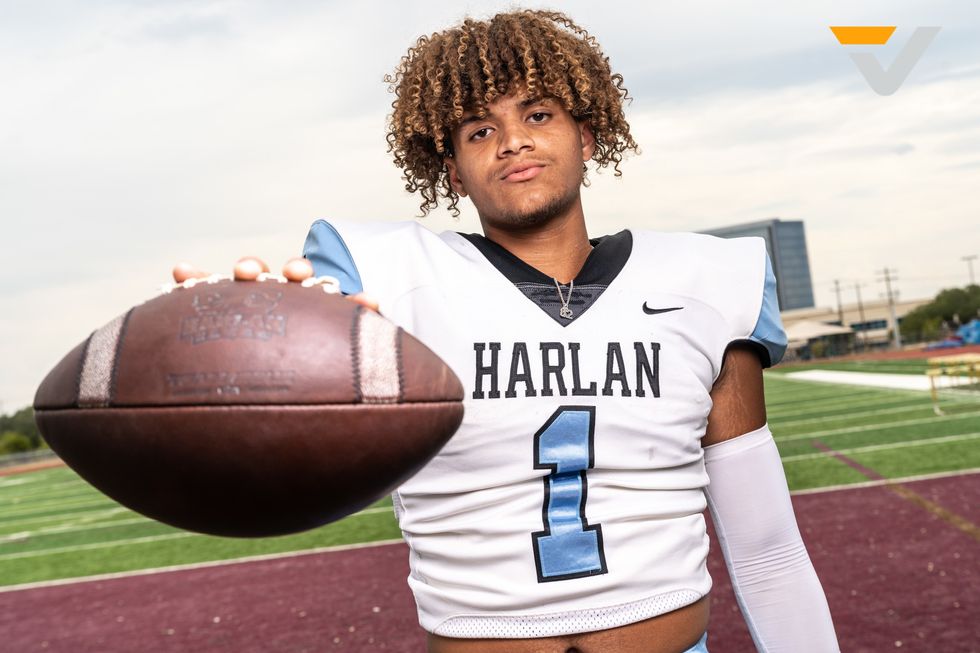 Helotes O'Connor has lost important players to graduation the last two years, but you can expect it to remain in the playoff race in 2020. That's because the Panthers have plans for all-district players Carson Jones, Kyler Goodman, Josh Brown and Bradley Adkins and fellow notable athlete in Dylan Brought to fill their shoes. 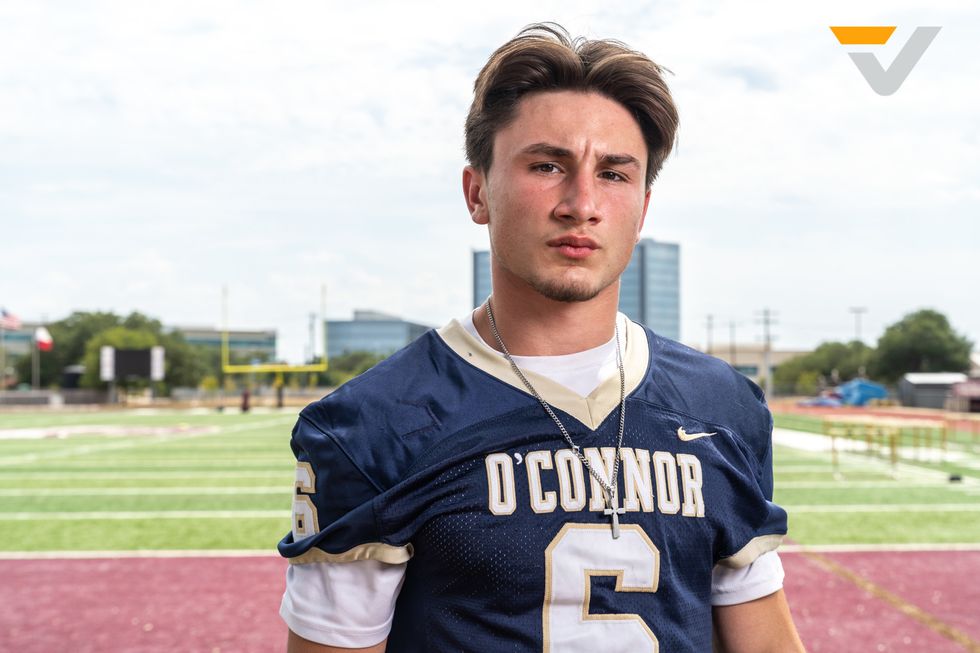 San Antonio Stevens bounced back with its 2019 UIL 6A Division I bi-district appearance and has the roster in place in 2020 to keep its playoff streak alive. The Falcons still have all-district talent Josh Gonzalez, plus other important assets in JB Neal and Jeremiah Mestre-Elliott. 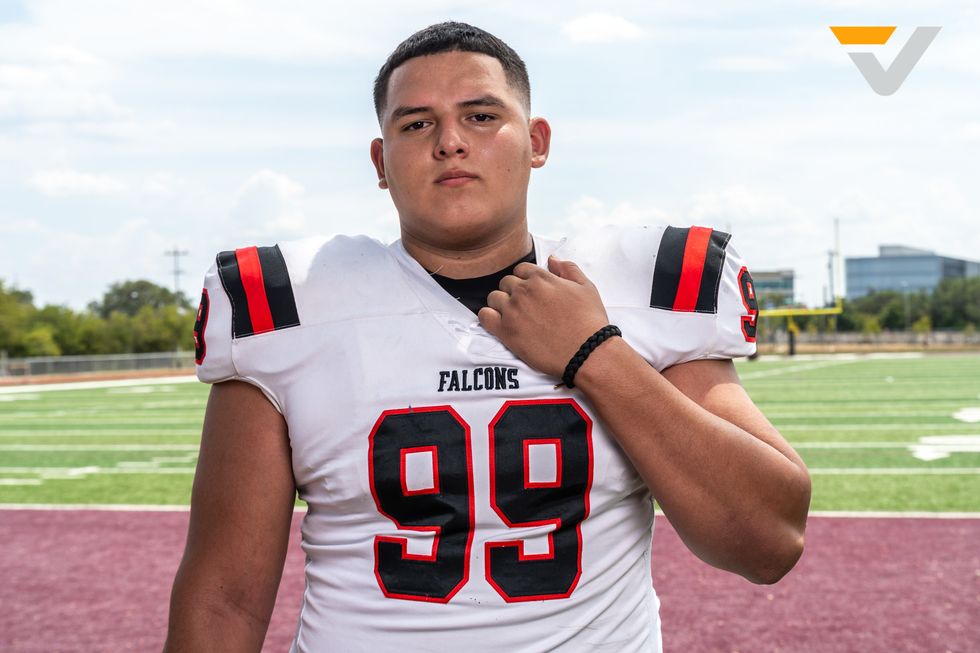 San Antonio Jay won six games in 2019, but is motivated going into the 2020 campaign. That's because the Mustangs missed out on last year's UIL postseason due to a three-way fourth-place district tiebreaker. They will remain in the mix for a playoff spot because of returning talents Xadrian Huerta, Darnell Riley and Andrei Mobley.

San Antonio Taft graduated its all-district honorees from a season ago, but have already found the players to replace them in 2020. The Raiders expect big things from Diego Martinez, Derrick Degollado, Zamar Malvern and Amir Phillips this fall. 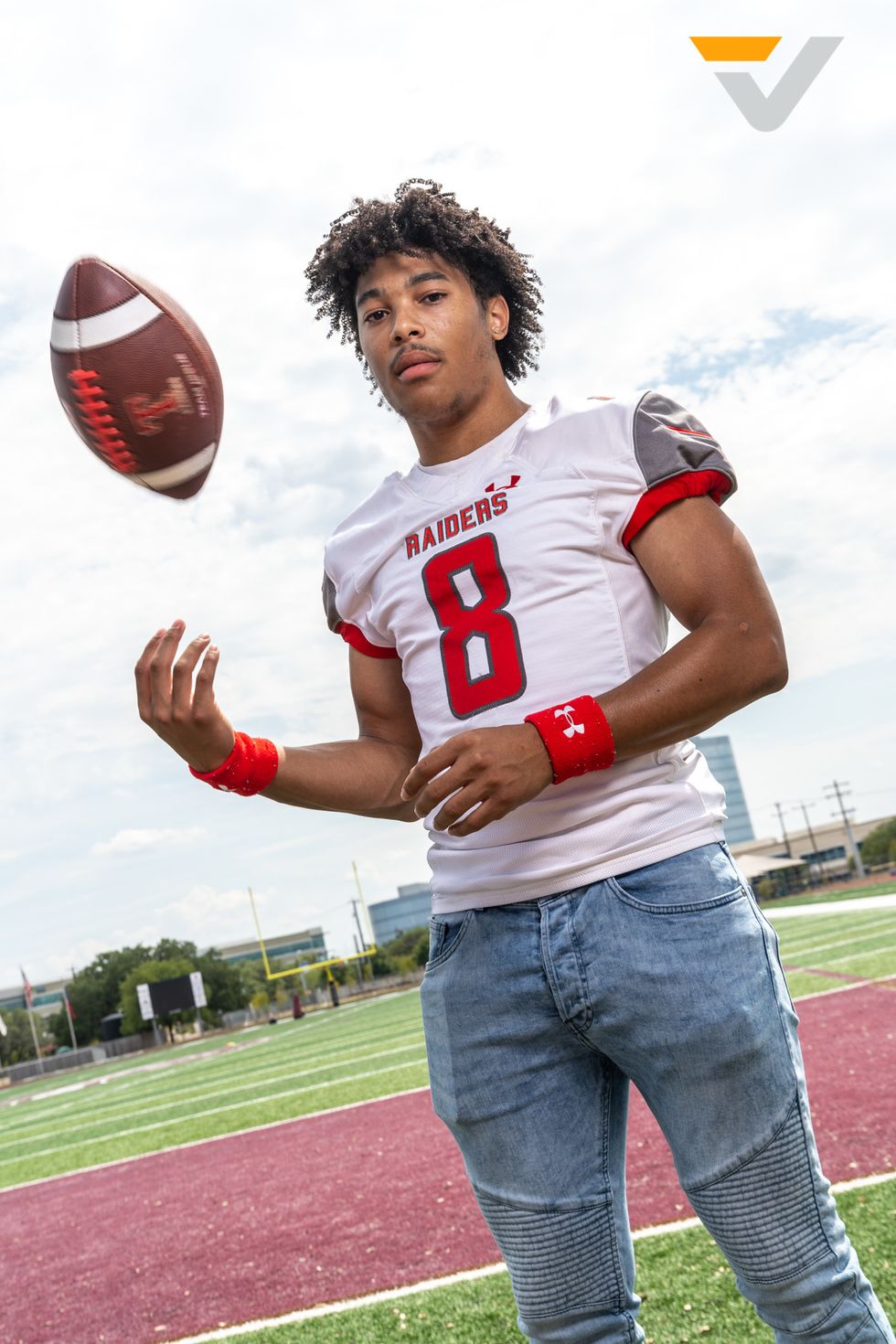 San Antonio Warren barely missed the postseason in 2019 and has the aspiration to stay in the playoff hunt in 2020, San Antonio Holmes still has an all-district talent in Kevin Godinez and San Antonio Marshall is working to overcome its all-district losses to graduation.

Brackenridge won seven games and advanced to the UIL 5A Division I bi-district round during the 2019 season and is expected to be a playoff team again in 2020. The Eagles have experienced players like Keith Fennell and Aaron Villegas.

San Antonio Burbank was another playoff team from a season ago and has postseason aspirations again. That's because Matthew Salazar and Alex Araiza are still on the roster.

San Antonio Lanier came oh so close to making the postseason in 2019 and will be a favorite to grab one of the district's playoff berths in 2020. Expect Fabian Maciel and Carlos Jimenez to keep it in the mix because they remember that a 28-27 season finale loss was the difference in them missing last fall's playoffs.

San Antonio Jefferson is the area's sleeper going into the 2020 season. It was a game short of making the 2019 UIL 5A Division I postseason in 2019 and has a boatload of all-district talent that includes Ryan Villarreal, Dylan Banda, Mikal Hernandez, Itler Mbula and Angel Cepeda.

Sam Houston remembers its playoff appearance from the 2018 season, so it wants to bounce back in 2020. The Hurricanes will lean on important returners Darrius Govan and Romeo Losoya.

Edgewood ISD's two football-playing schools make the jump from UIL 5A Division II to UIL 5A Division I. One of those is San Antonio Memorial, who was competitive in a tough UIL 14-5A Division II last season. Expect the Minutemen to build on the success and lean on a roster that includes all-district honorees Alan Hernandez, Jon Gamble, Rene Jimenez, Phoenix Lopez, CJ Cardenas and Matthew Rubio.

The other campus is San Antonio Kennedy, who looks to challenge Max Alvarado-led San Antonio Highlands and Luke Converse-led San Antonio Edison. The Rockets haven't won a game since their 2018 season finale, but they can bounce back with returning all-district athletes Max Sandoval and Daniel Sanchez.