But VYPE has still done what we have always done when it comes to previewing Texas high school football here in Houston. With that said - here is the District 8-5A-DI Preview! 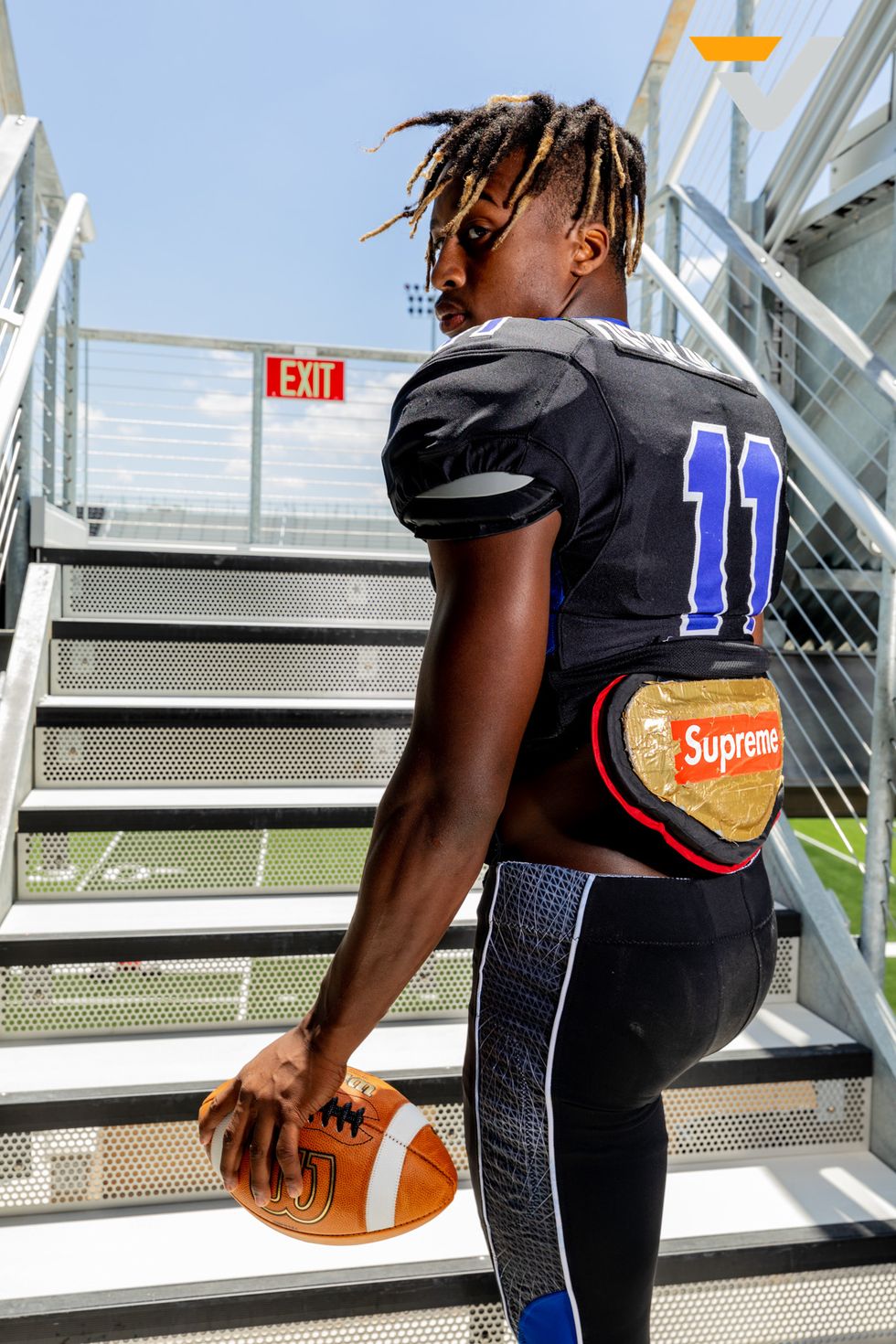 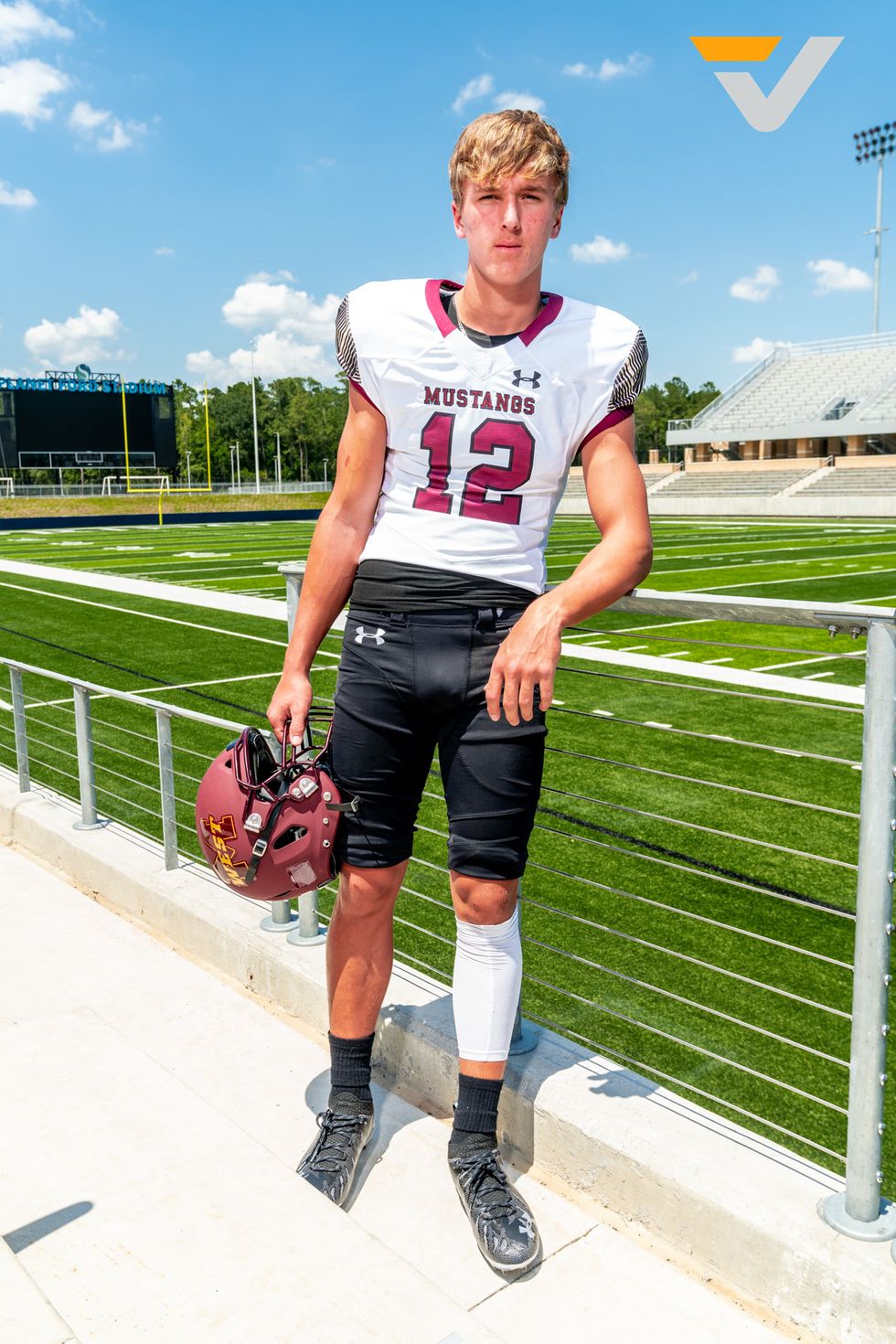 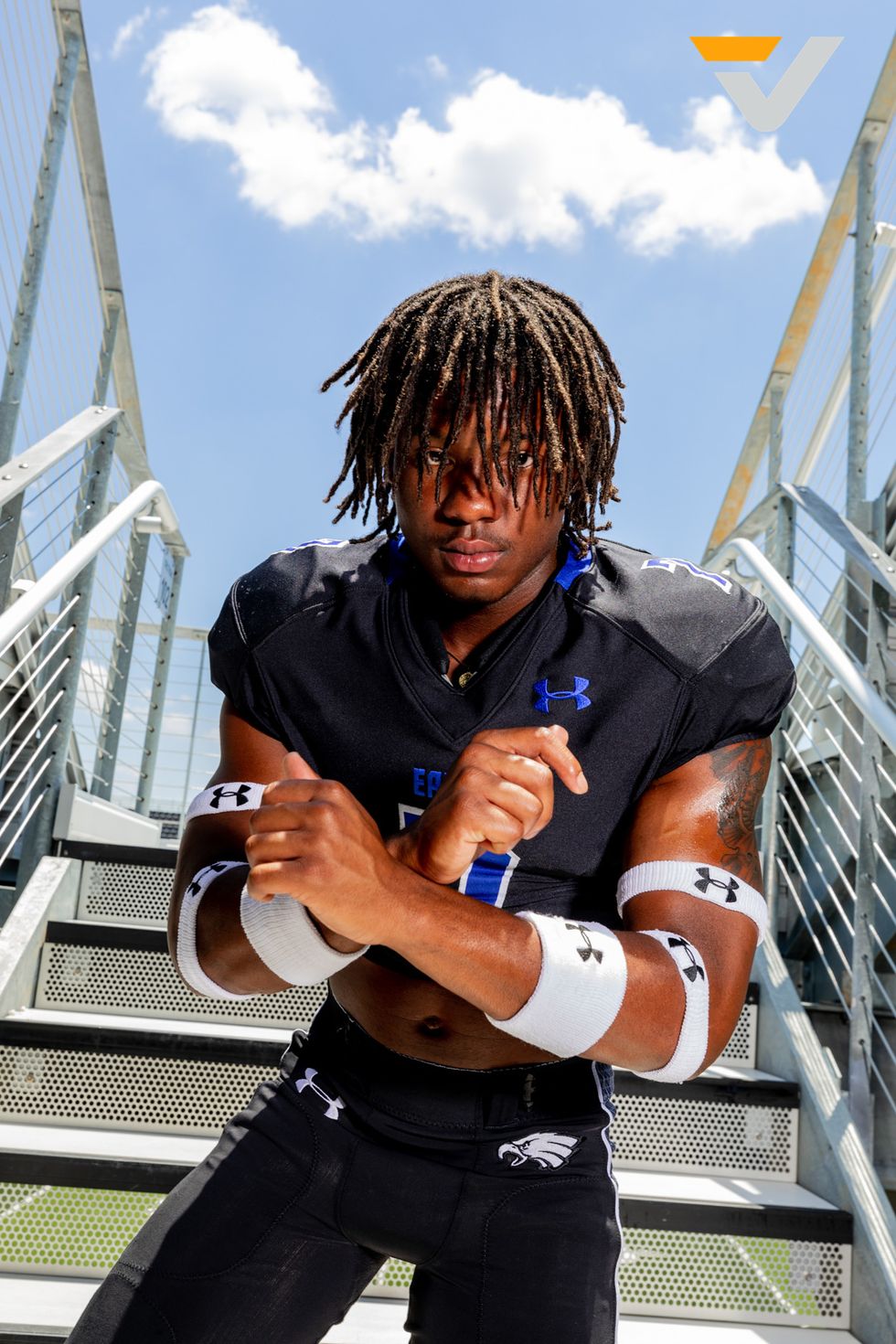 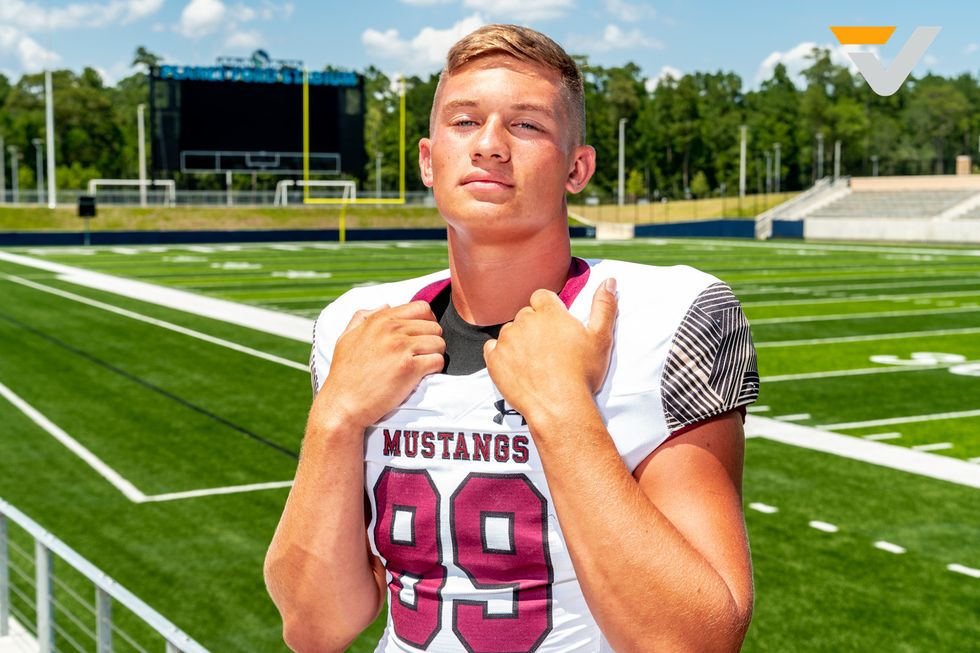 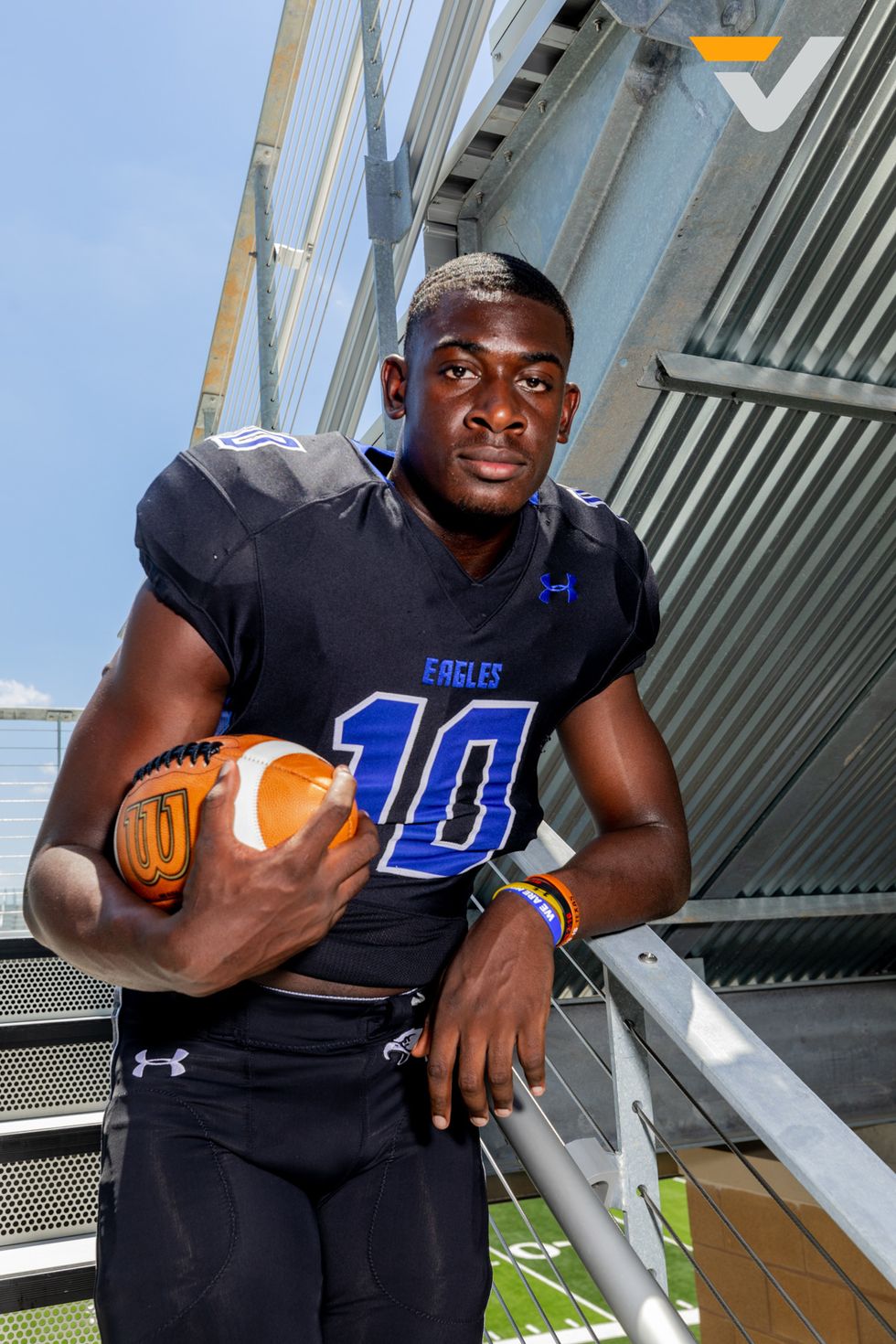 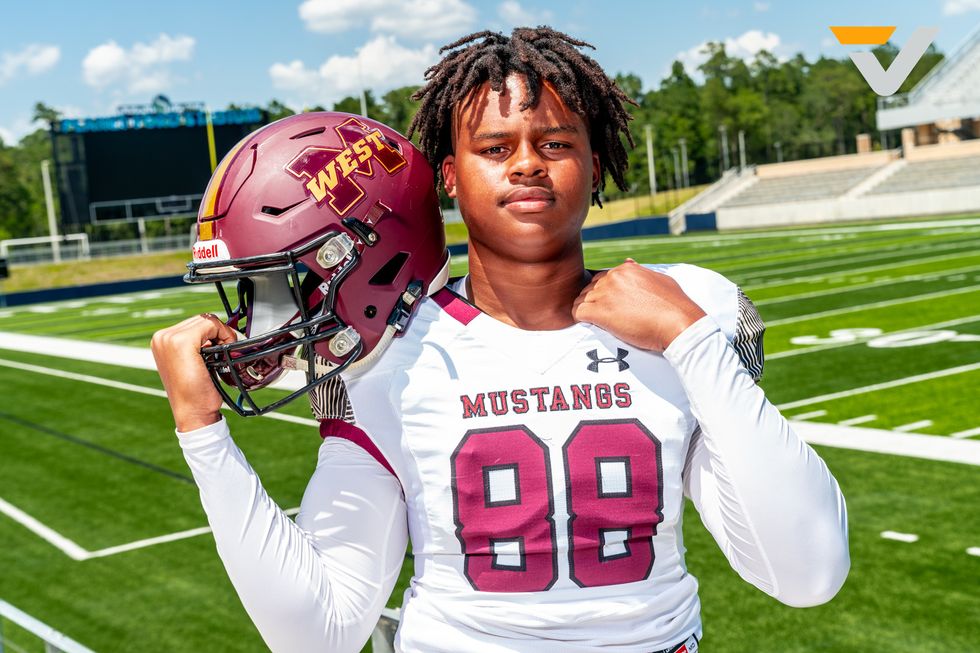 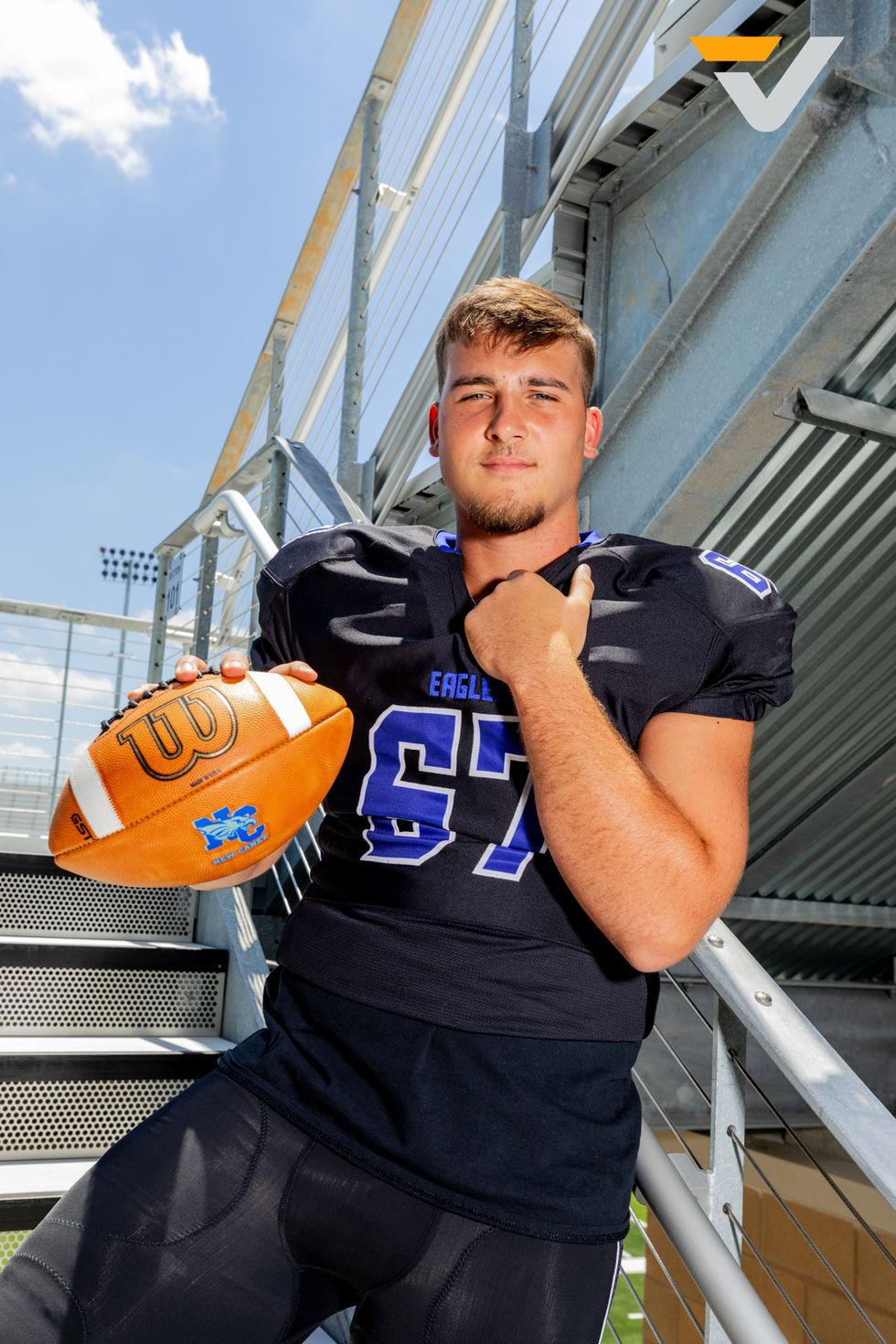 THIS MAY BE ONE OF THE BETTER 5A DISTRICTS IN THE STATE. FROM LUFKIN TO NEW CANEY AND EVEN MAGNOLIA, TALENT ABOUNDS ON THESE ROSTERS AND WILL BE A LOT OF FUN TO WATCH. BUT WHO CAN WIN THIS DISTRICT?

Quarterback Jordan Moore passed for 2,552 yards and 22 touchdowns with only one interception during the regular season. They will have to find a replacement for 1,000-yard receiver Ja'Lynn Polk (Texas Tech-signee). Another key returner will be second-team RB Caleb Berry (644 yards, 11 TDs).

Craig Martin returns all-state back Mitch Hall, who rushed for 2,036 yards and 14 touchdowns. Hall had eight games where he eclipsed 100-plus yards. Add the production of QB Travis Moore (1,839 yards, 25 TDs; 656 yards rushing, eight scores), the duo combined to produce more than 4,000 yards. This duo could see the same kind of production with big-man Matthew Wykoff (Texas A&M-commit), a first-team, all-district pick, back on the offensive line along with second-team pick Daniel Hinojosa.

Also, watch for first-team TE Ben Coligan and K Ernie Mendoza to make an impact. The defensive unit will have to replace Defensive MVP Jarrett Pleasant at safety but have some strong pieces back. Key returners to the defensive side will include DE Adam Fenn, DL Carlos Ortiz (33 tackles), DL Kiran Curtis, DB Nathan Hakes (64 tackles, two INTs) and DB Grady Harper (54 tackles).

Defense will be the calling card for the Cougars with Defensive Lineman MVP Isaac Almaraz and Defensive Newcomer LB Jaxson Slanker (103 tackles) back. Also, watch for second-team linebacker Bubba Carter (120 tackles, seven sacks). But don't sleep on the offense. Last year, Jett Huff as a sophomore passed for 1,009 yards and eight scores and started in seven games. The Cougars will lean on a pair of running backs in Roderick Brown (1,219 yards, 16 TDs) and Kolbe Cashion (715 yards, seven TDs) to tote the rock. Watch out for Dalton Carnes on kick returns as he averaged 21.76 yards per kickoff return and took one back to the house. At receiver, Houston Thomas will be a threat.

It will be a new era for New Caney as Brady Pennington has called it a career. Pennington took New Caney from winning just two games a year and not being close to a playoff threat to rattling off four-straight district championships and back- to-back 10-win seasons. Now, enter Travis Reeve, who comes from Cuero, where he guided the Gobblers to a 2018 state championship – the first since 1987 – and a pair of undefeated regular seasons. So, not a bad get for New Caney! Reeve will have to fill some holes. Gone is District 9-5A-DI MVP Zion Childress (Texas State), who combined for more than 3,500 yards of total offense, so the Eagles will have to find a new signal-caller.

Returning is Offensive MVP Cale Sanders Jr. (UCF-Commit), who rushed for 1,070 yards and 16 TDs a year ago. He also had 325 yards receiving and three scores. On the line, watch for John Cantrell. Defensively, the unit should be stout with Texas-commit Derrick Harris Jr. anchoring it, who had 89 tackles, 25 QB hurries and five sacks. Harris was the Defensive MVP. First-teamer Kenny Williams (89 tackles, five sacks) will roam at linebacker. Also, watch for D'Juan Grant in the secondary for the Eagles.

The Mustangs were under first-year coach Blake Joseph a year ago and rumbled into the playoffs for a 10th-straight season. This program knows how to get into the playoffs, it's a culture. The 'Stangs will have to replace Tristan Brady at QB but have some nice pieces to build around. Brock Dalton could be looked at to step up in the QB1 role after getting some reps as a sophomore. Leading rusher Hunter Bilbo (1,012 yards) is back after earning Newcomer of the Year nods. Nick Joseph could complement him in the backfield and make for a nice one-two punch. Tight end Marcus Collins (556 yards, 8 TDs) will be a big target as well. Watch for Miguel Ortiz on the line and Trey Leggett at receiver. Defensively, DE Hayden Jansky, DL Luke McCaffety, who were both first-teamers, return. Linebacker Brady Dygert was a second-teamer.

Every year since Jim Holley has taken over Porter, the Spartans have been a playoff program. In this new power district can they
vie for one of those four spots? Jace Russell is expected to step into the quarterback role, while Luke Cordle will be one of his weapons at WR but can also shift to defense if needed. Caleb Evans-Pickens could see some time at running back and defensive back. Defensively, Austin Perkins will roam the secondary along with Jaylynn Briley. On the line, Quincy Montgomery will hold that part down, while Charles Bosley holds down the linebacker corps. Defense will be the calling card early, while the offense gets shored up.

Waller may have posted an 0-9 record a year ago but some of the losses were super close. Swing
a one-point loss to Caney Creek, a six-point loss to Willis, nine-point loss to Tomball and they are right there. The Bulldogs were young a year ago and gaining that experience will be key. Second-team quarterback Caleb Godfrey is back after passing for 1,231 yards and nine scores. Expect him to grow even more in 2020. Jared Hicks returns in the backfield, while Deyvian Crawford and Mason Stewart will be back out wide. The offense was full of sophomores and juniors a year ago, which could make things interesting. Defensively, Isaiah Blair (DB) is the lone all-district returner. Watch for Almarion Johnson and Jairo Garcia on the defensive line as well. These Bulldogs could surprise some people.

Kendall Hineman takes over the reins of Caney Creek and will the third head coach in just three seasons. Hineman comes over from Conroe, where he was an assistant. The Creek was senior-laden a year ago in the skill position. The Panthers do return FB Samuel Gallaga, who made first-team, all-district, and TE Edgar Heredia, who earned second-team honors. Defensively, DL Edgar Heredia was a second-team pick.

Jason Fiacco moves from Elkhart to take over Cleveland. The Indians have struggled for a while, losing 23-straight games but is on the come up. So, there will be challenges for Cleveland this year. Devonte and Donald Robertson could be some of the district's breakout players this year. The brothers play QB and WR, respectively and have that connection. Also, watch for FB Andrew Alpha and RG/DT Michael Nix.