But VYPE has still done what we have always done when it comes to previewing Texas high school football here in Houston. Here is the District 20-6A Preview! 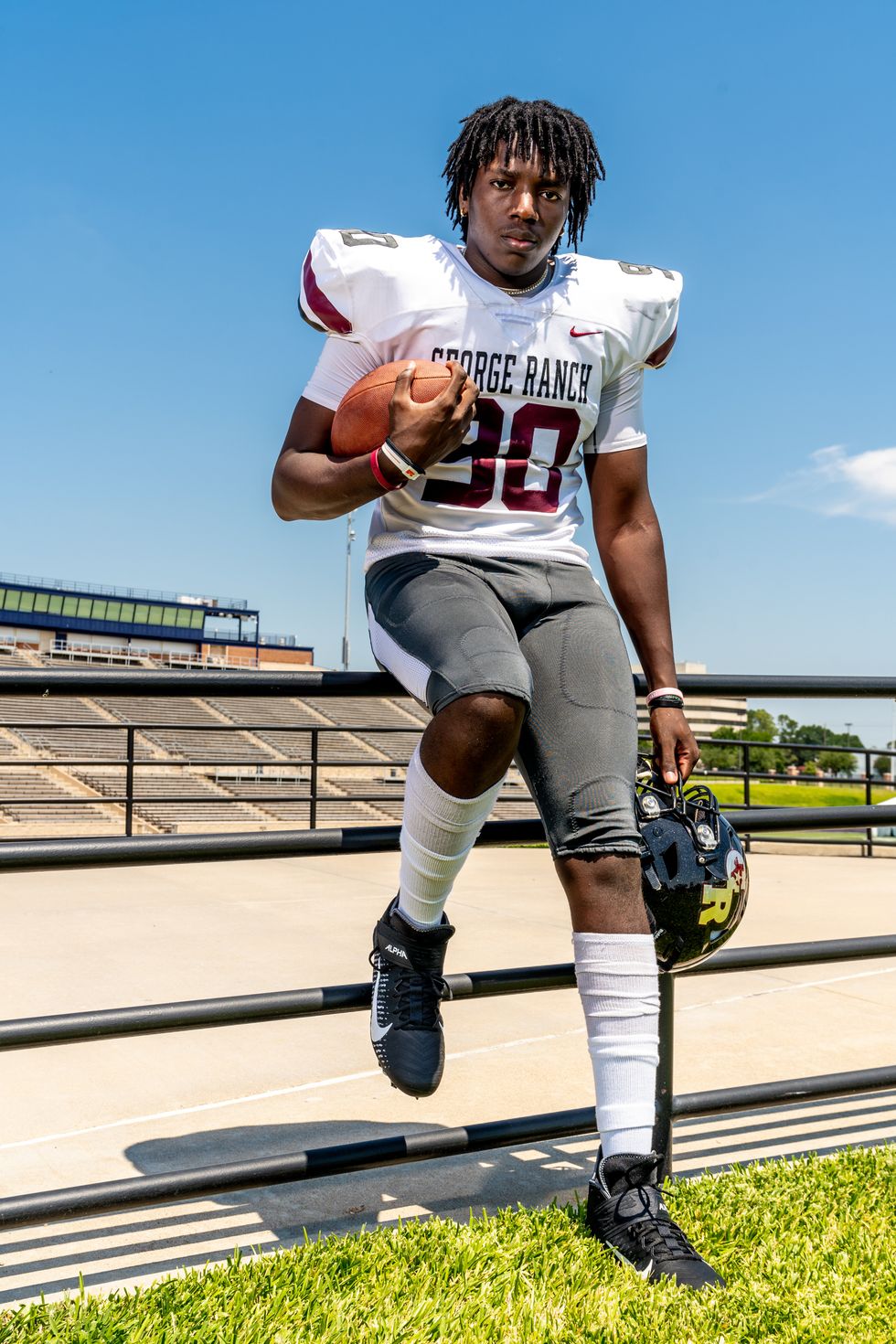 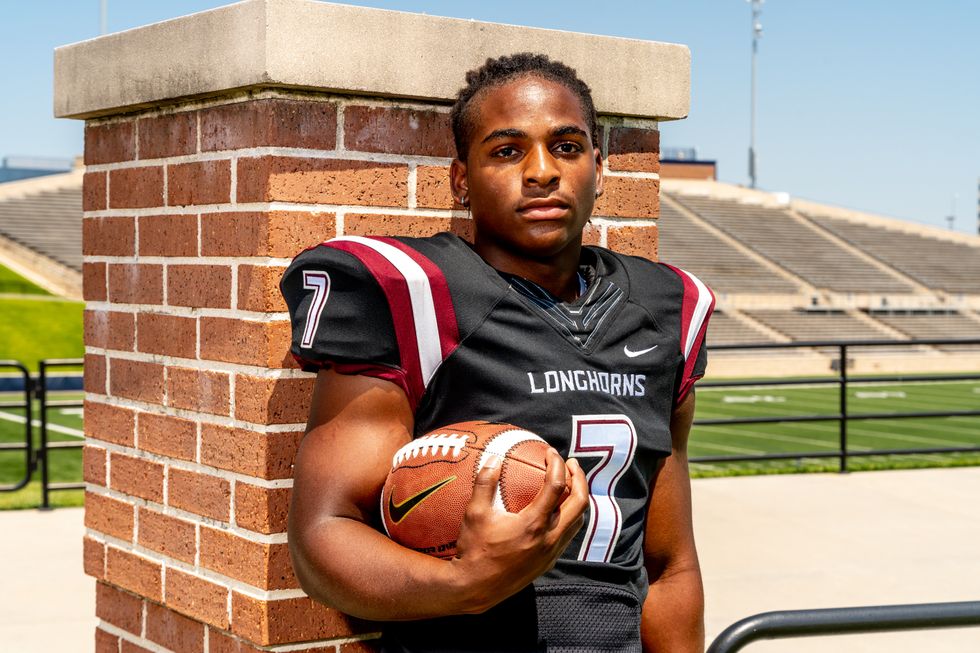 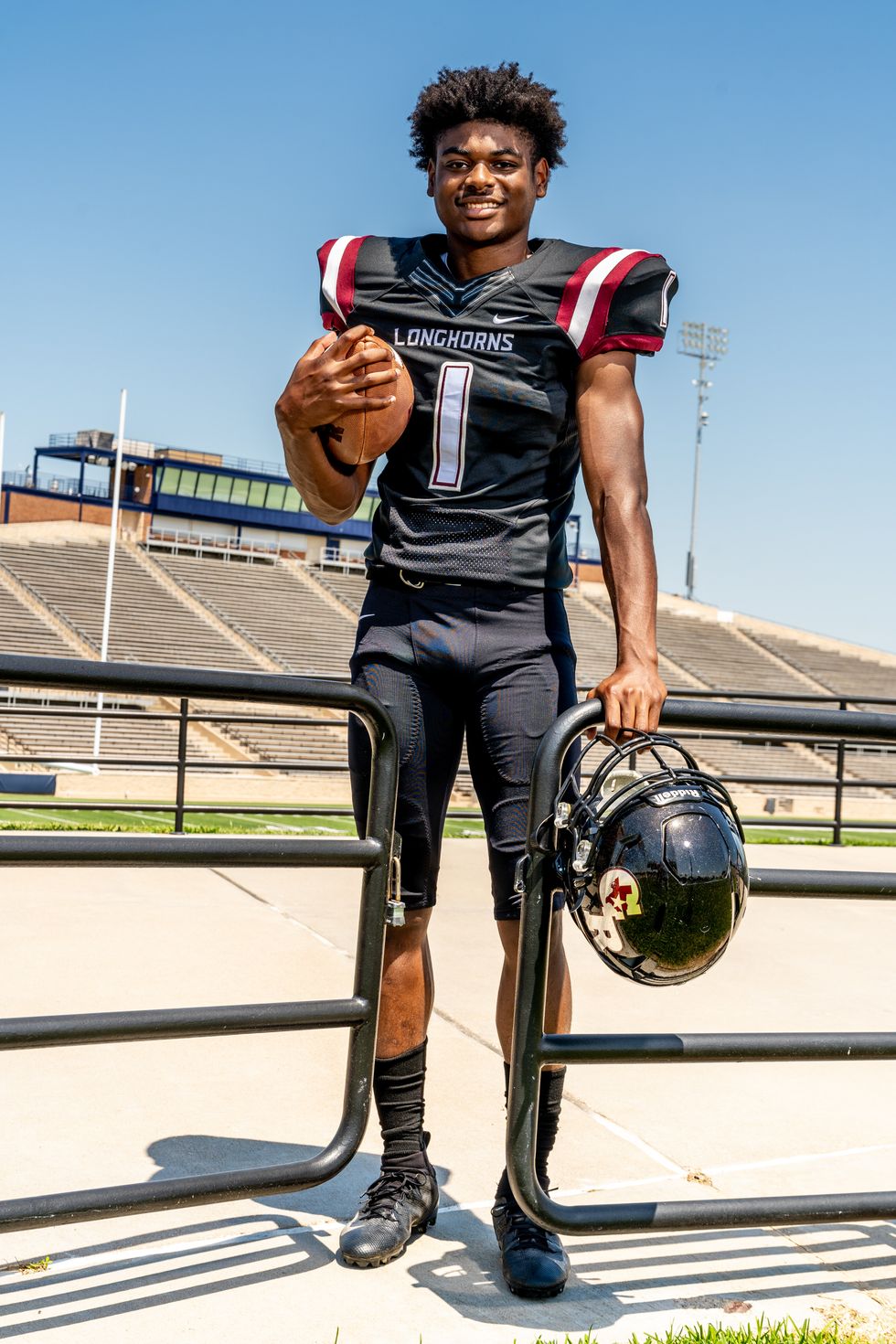 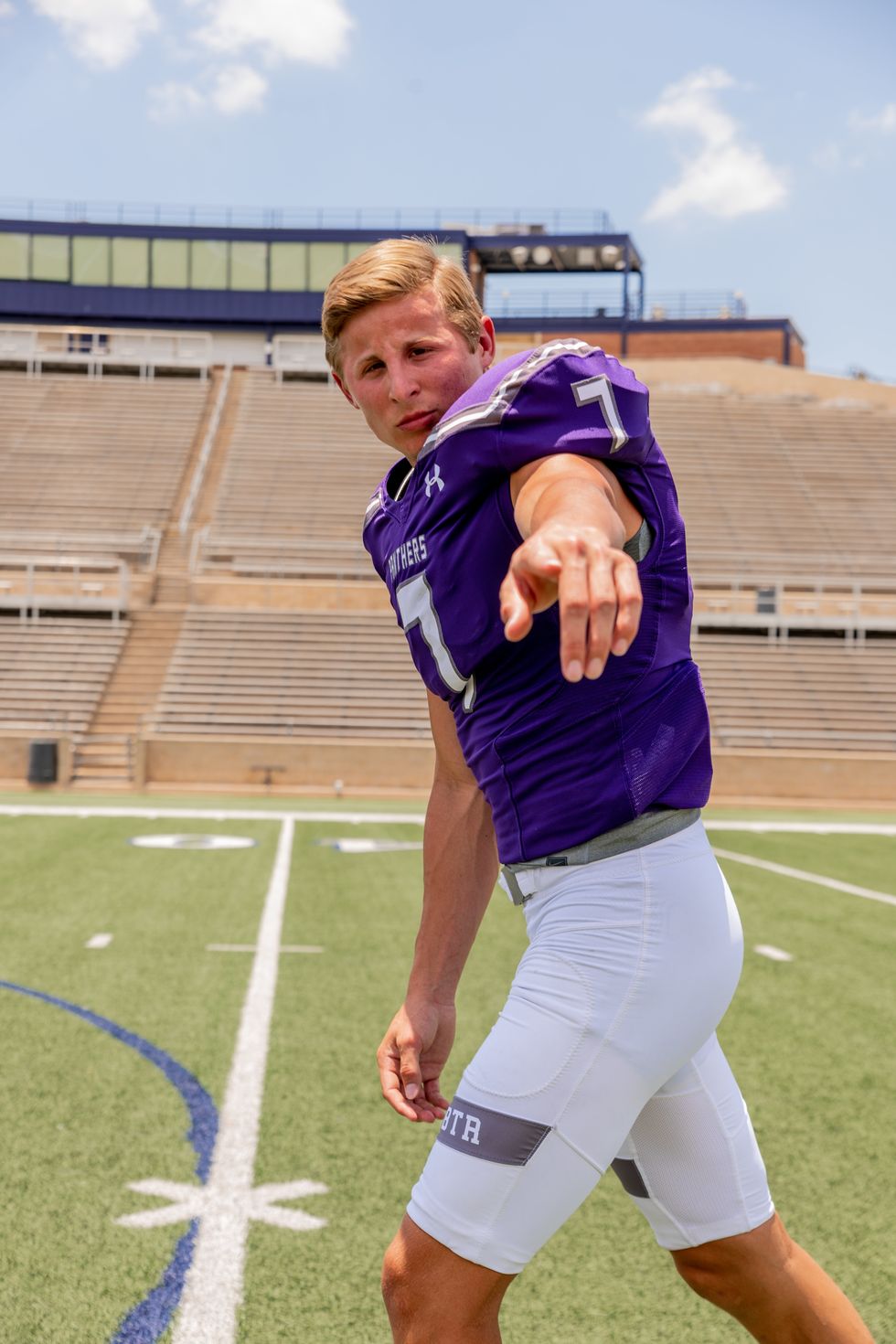 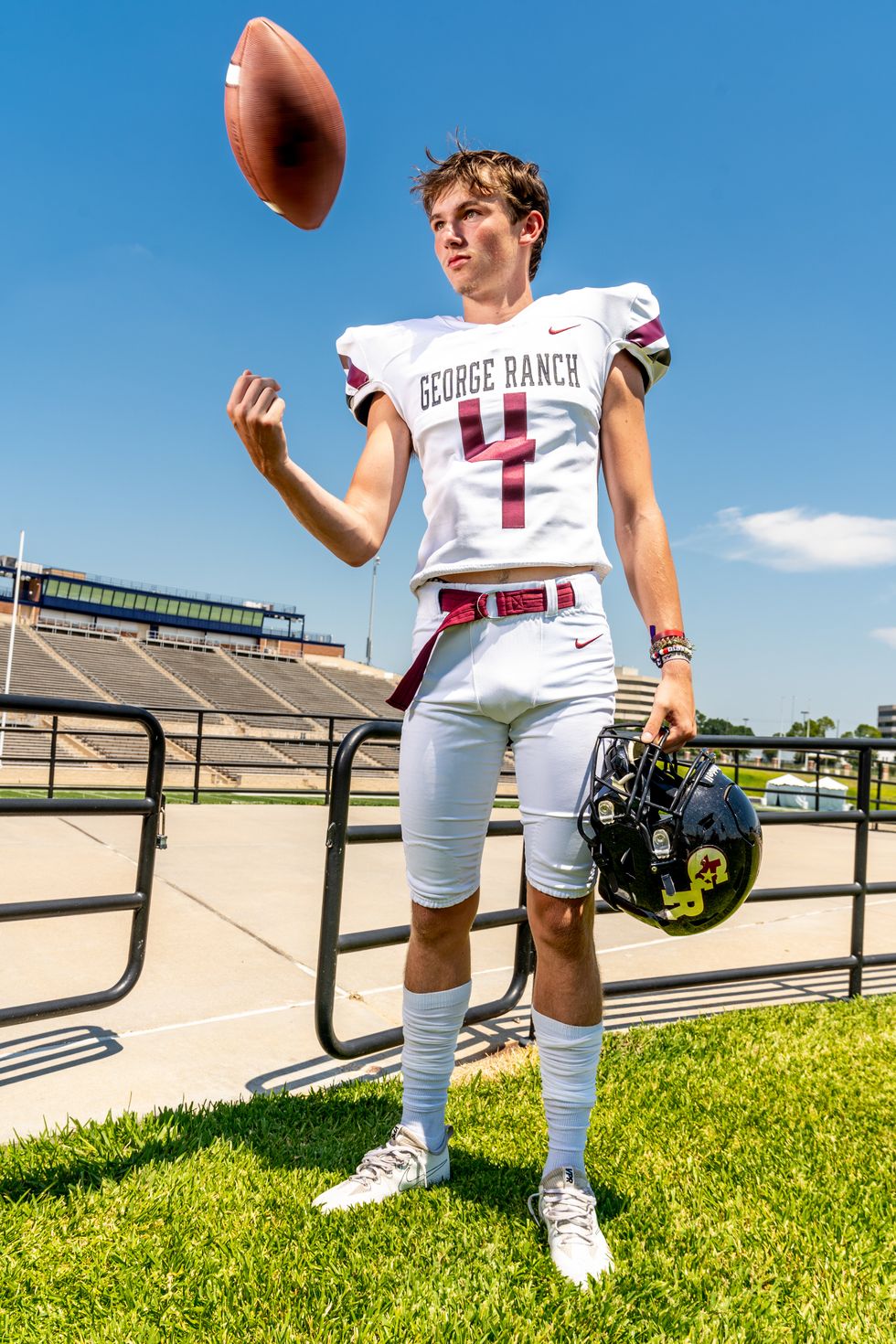 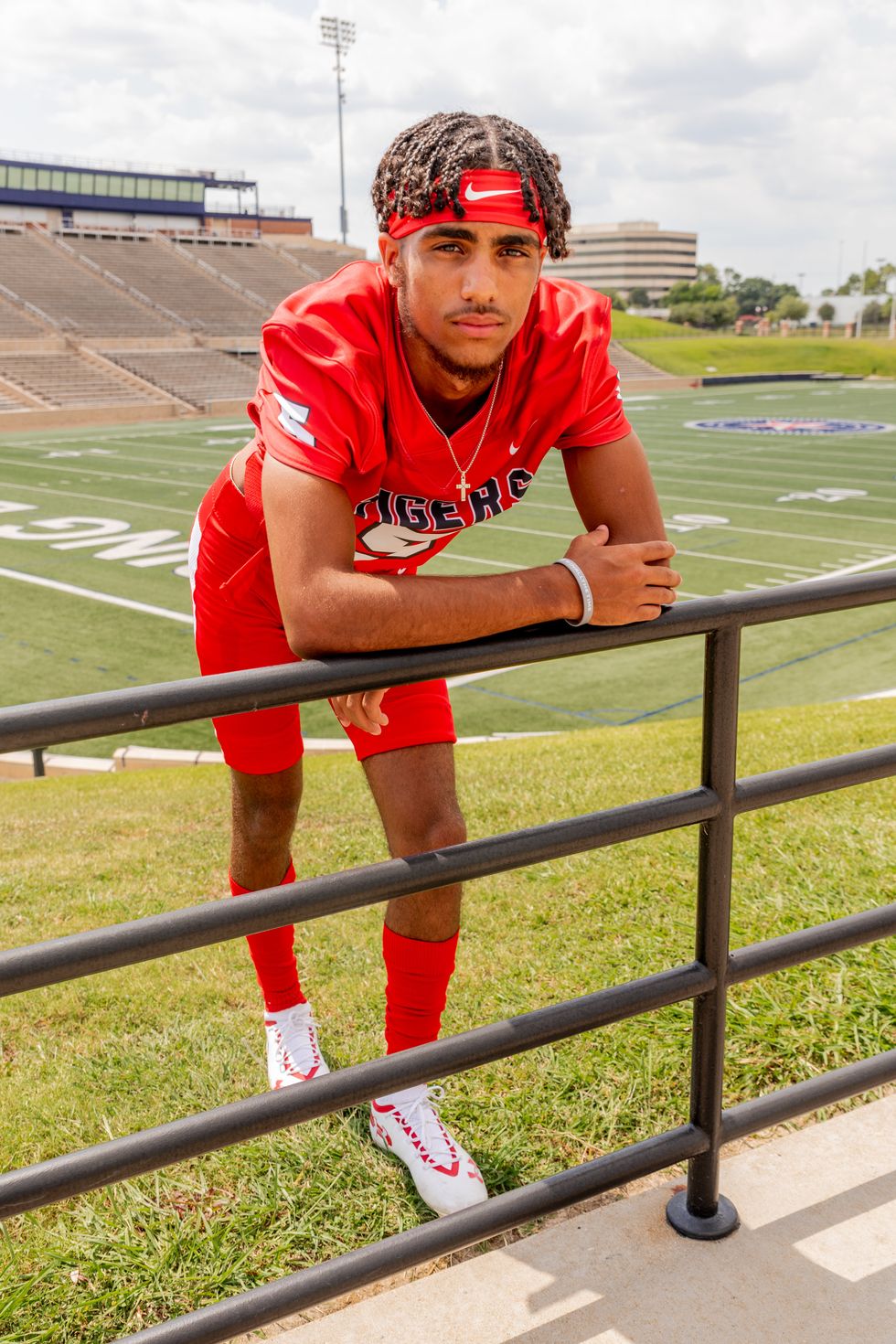 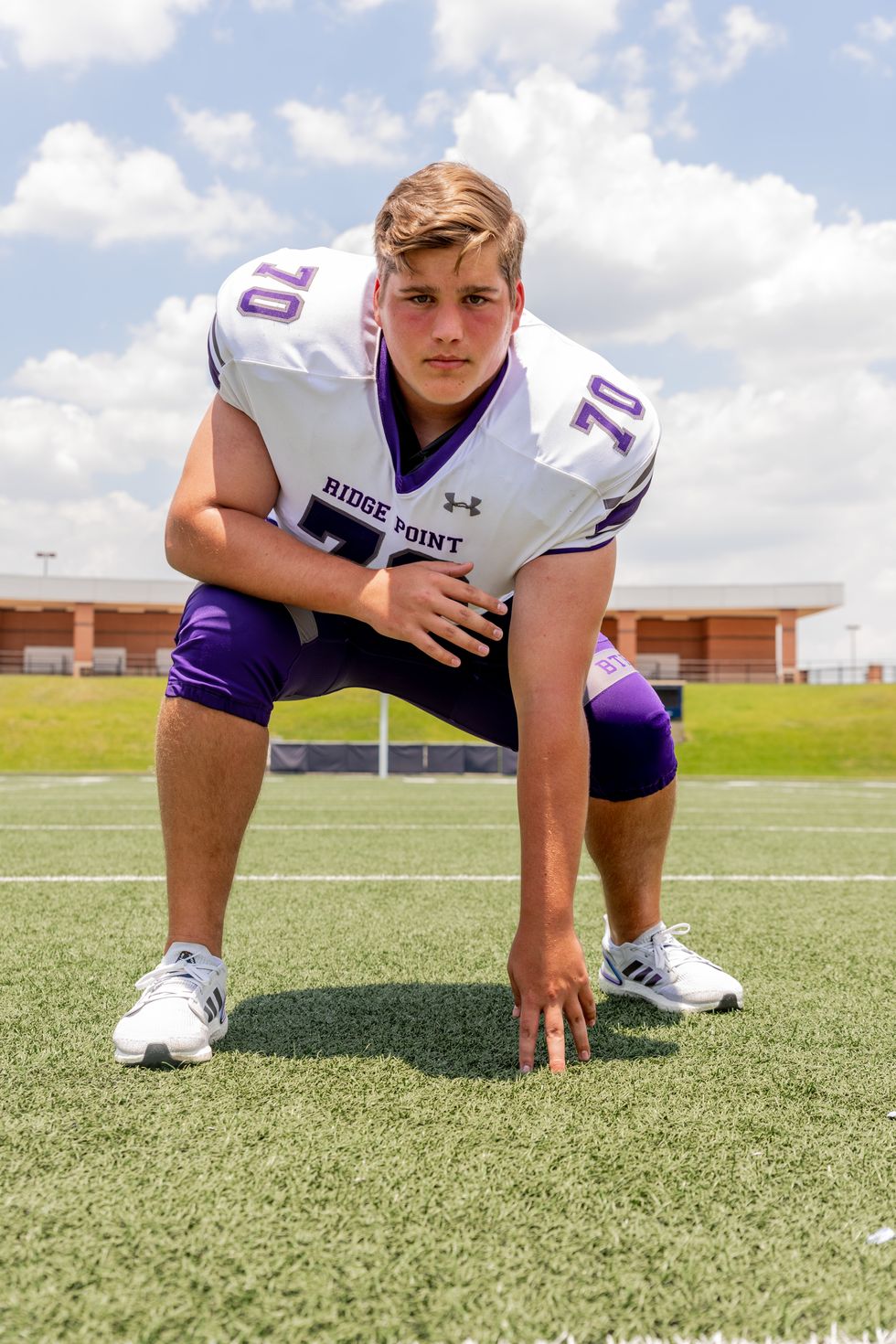 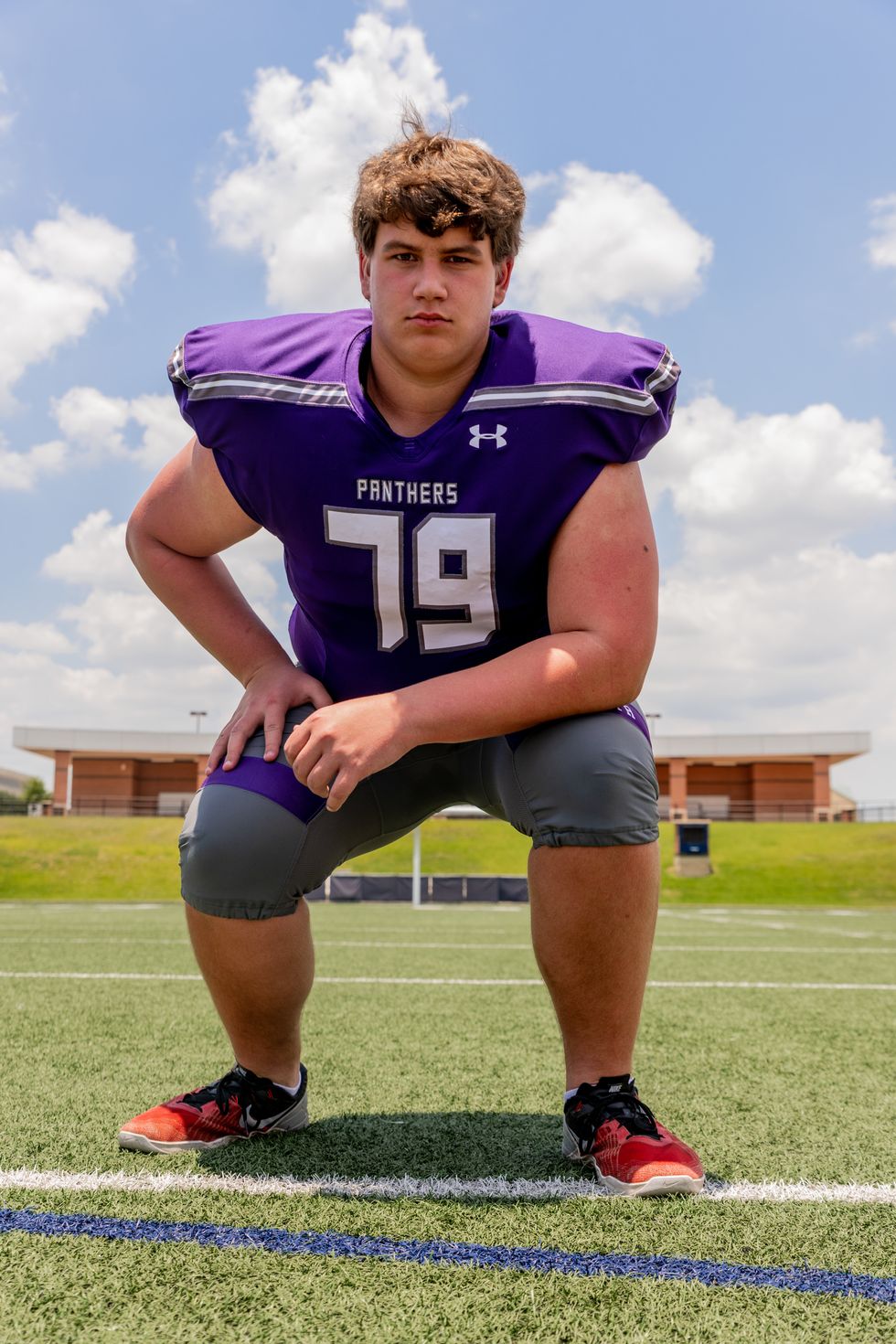 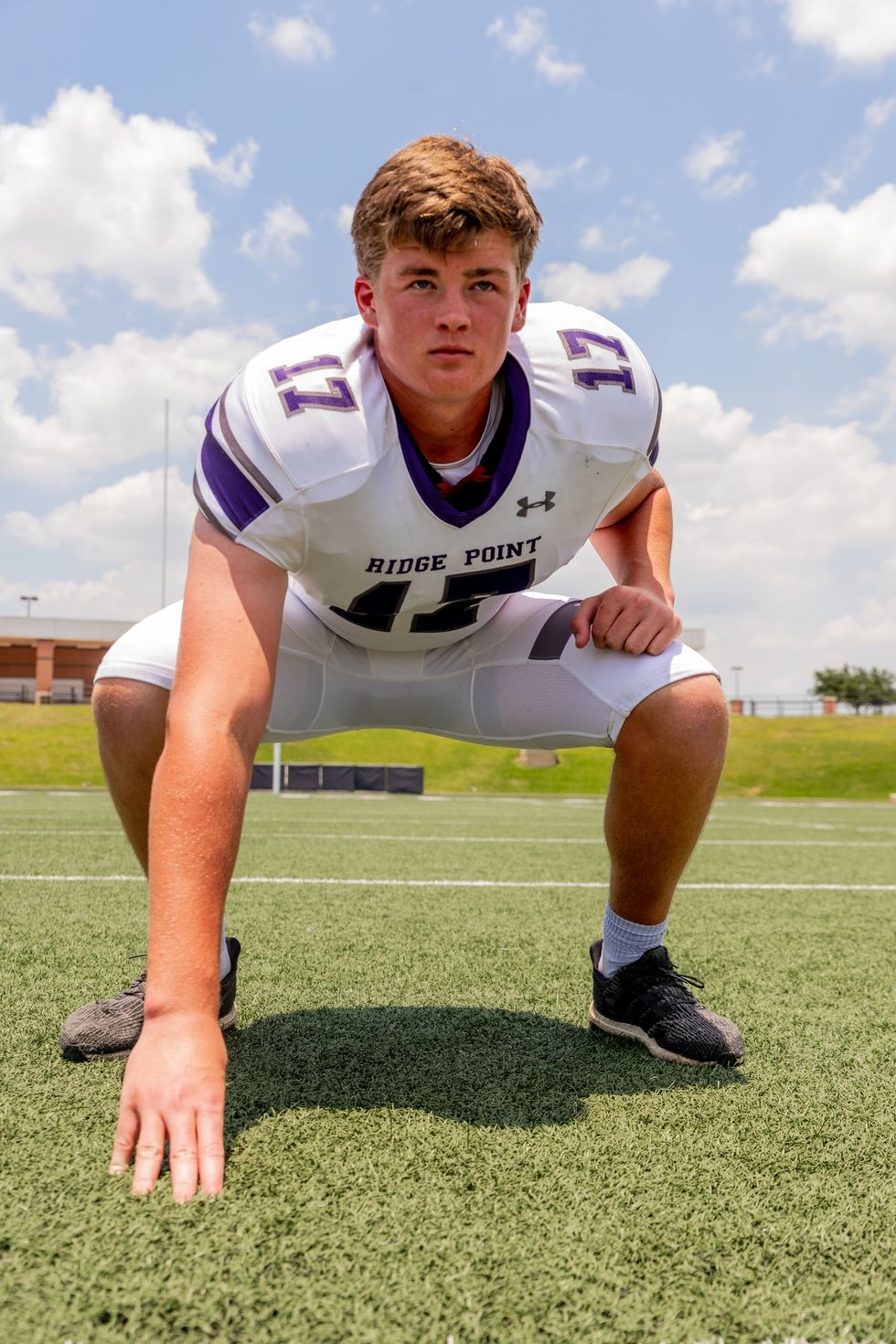 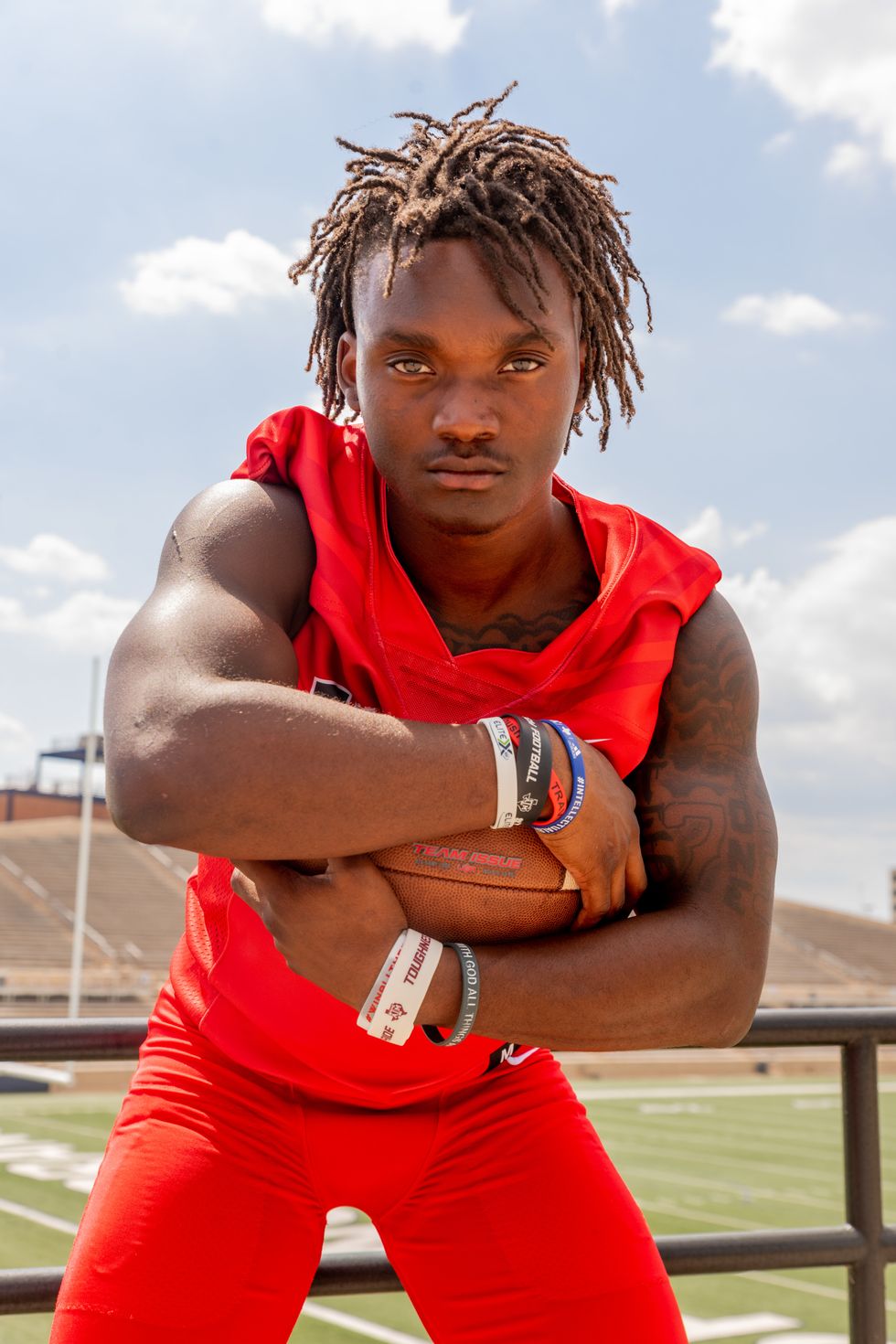 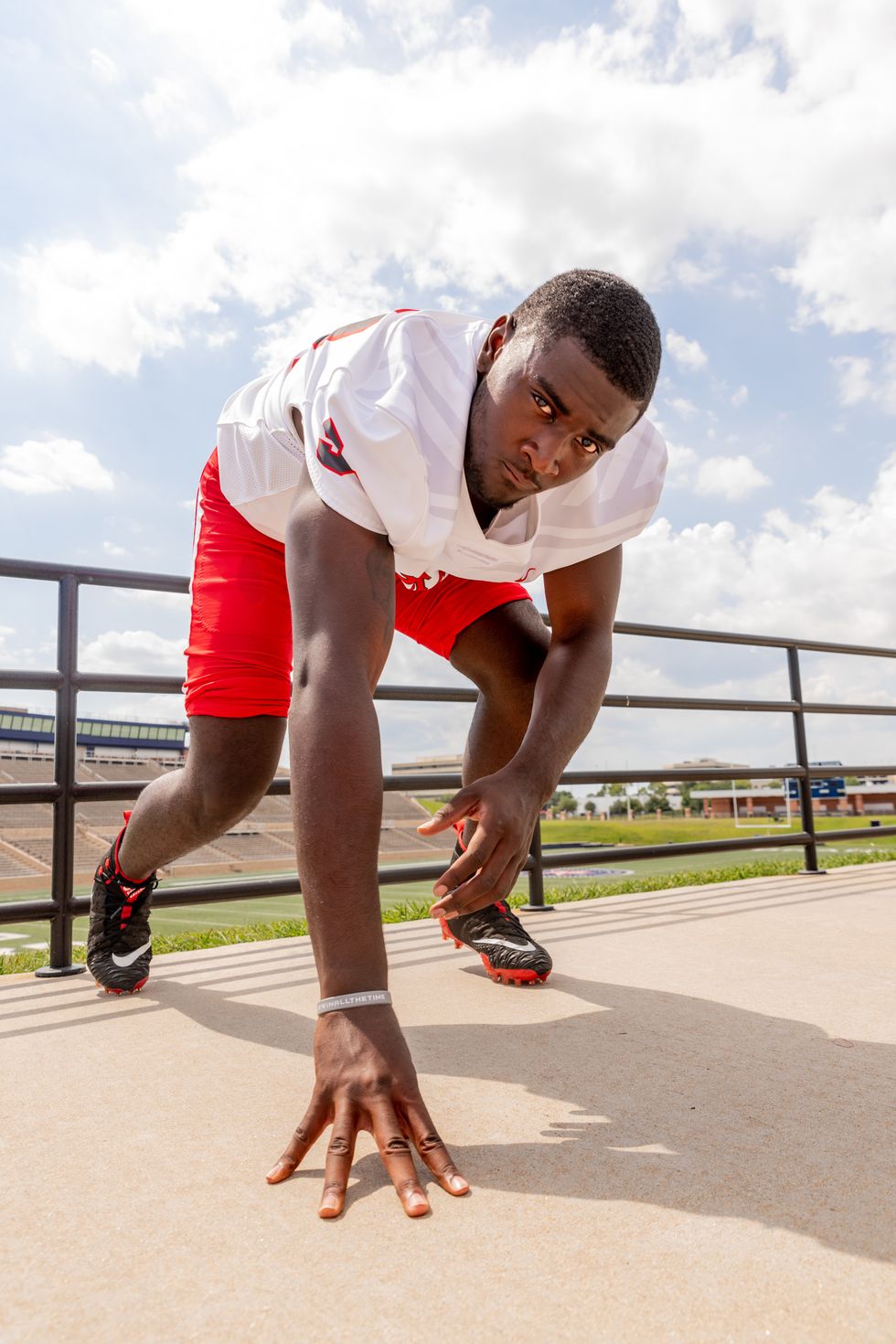 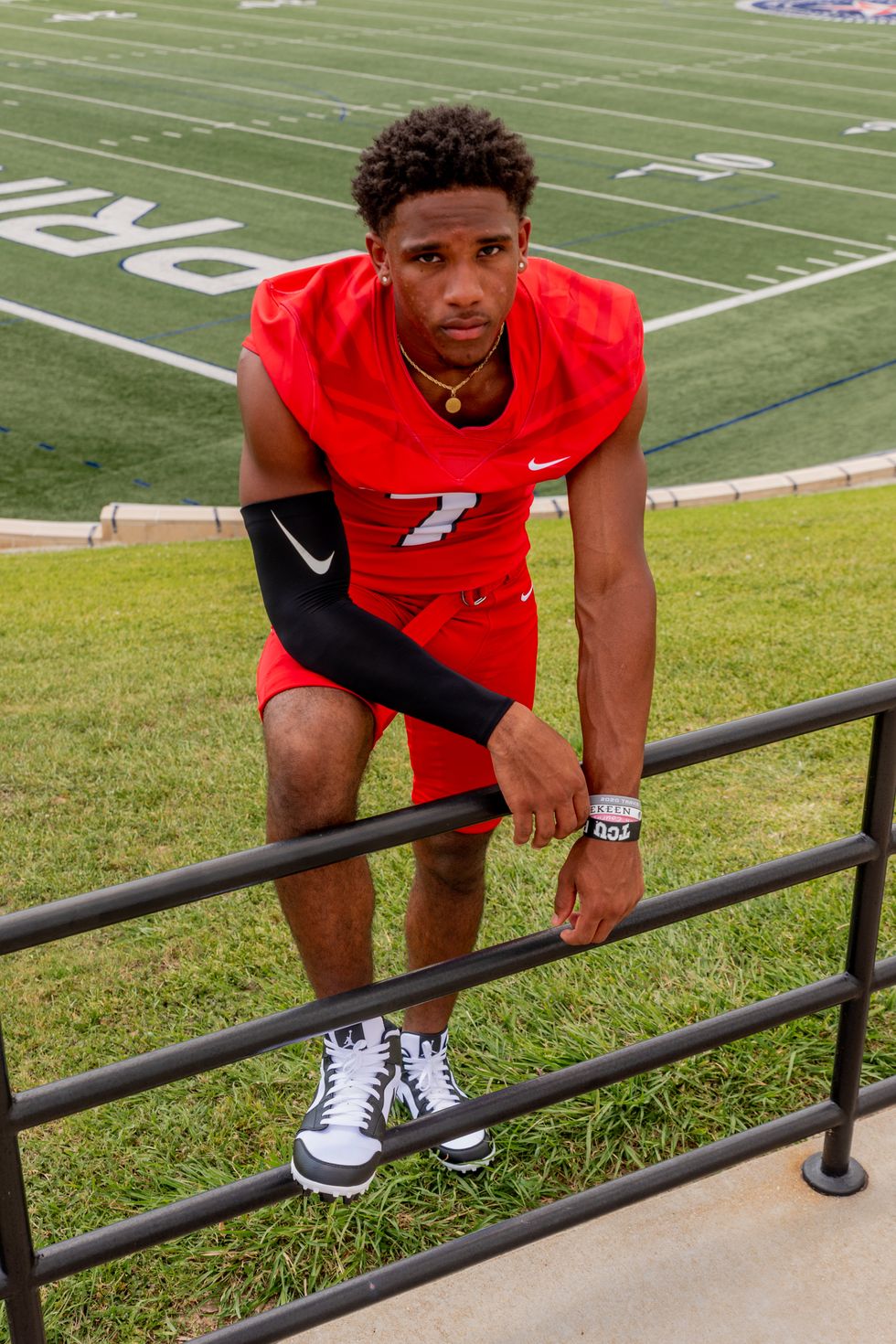 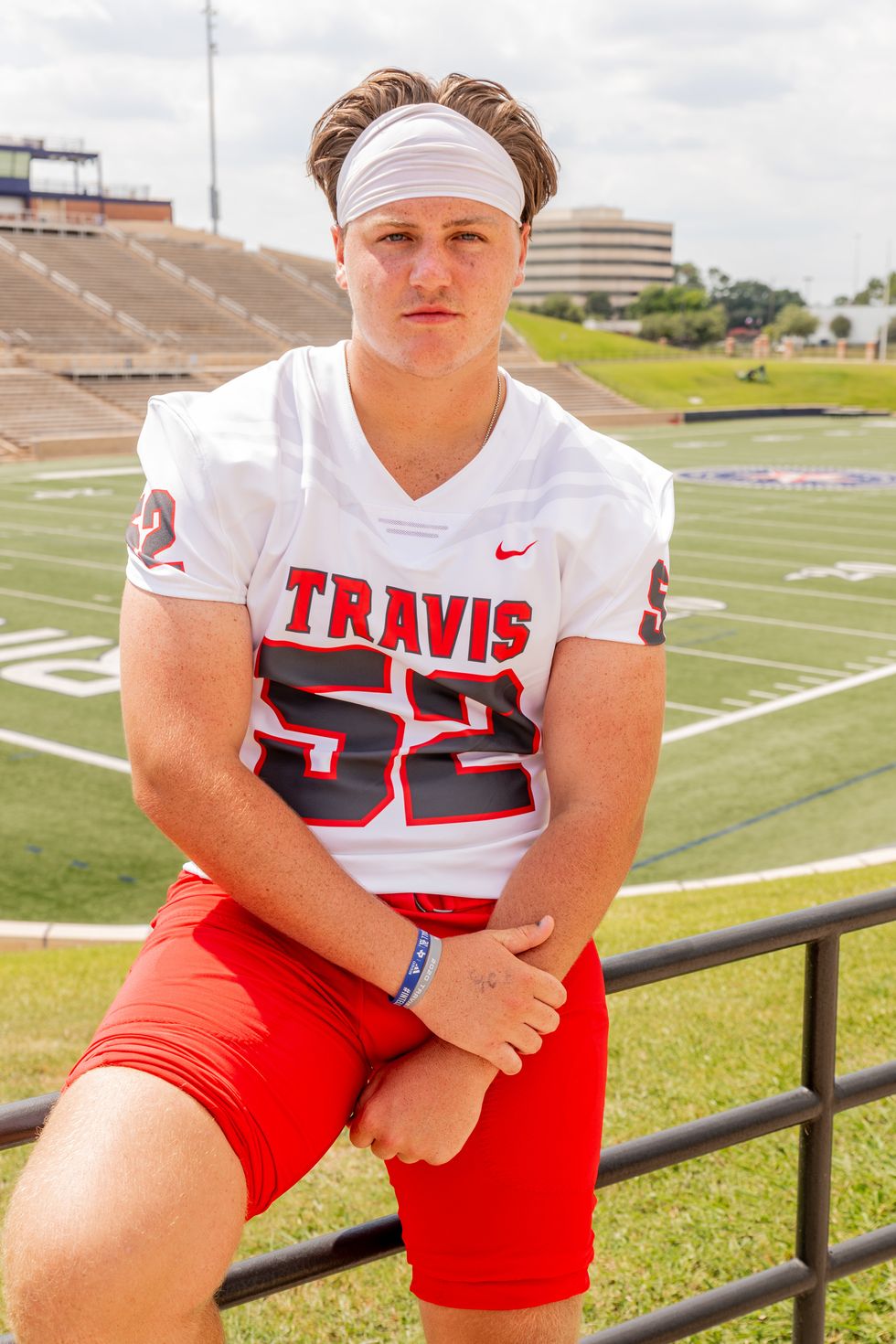 PLAYOFF QUALIFIERS IN FIVE OF 10 VARSITY SEASONS INCLUDING A 2015 5A STATE TITLE, THE GEORGE RANCH LONGHORNS WANT TO DOMINATE THEIR NEW RIVALS – AS RIDGE POINT DID AFTER MOVING UP FROM 5A FOUR SEASONS AGO. RIDGE POINT AND TRAVIS FINISHED FIRST AND SECOND (NOT ALWAYS IN THAT ORDER) IN 20-6A, BUT THE NEWCOMERS FROM GEORGE RANCH MIGHT CREATE A DOMINANT TRIUMVIRATE. THE PANTHERS DIDN'T LOSE A 20-6A GAME UNTIL TRAVIS BEAT THEM LAST OCTOBER EN ROUTE TO A 10-0 SEASON. RIDGE POINT ALWAYS BRINGS TALENT AND DEPTH; RENEWED DETERMINATION SHOULD WRESTLE BACK THE CROWN.

In a new district, Coach Nick Cavallo's weapons include RB Hymond Drinkard, "a downhill runner who can run away from you or over you." Three-year starting QB Sam Miller will target WR Javon Gipson. The 6-foot-4 track star (Baylor-commit) can torch defenses. Another sprinter WR is Davion Jenkins, who can score from anywhere. Also watch for Josh Ross this year.

Travis' Trey Sissom says his club and Ridge Point are co- favorites, but "underdog" whispers could give the Tigers a motivational push. Offensively, P/K Sergio Rubio is a weapon and set a school record 53-yard field goal and 44 PATs last year. In the pocket, new QB Anthony Njoku will look for WRs Mike Samba and Marcus Chretien. OL Ryder Wall is his best protector, but "unproven talent needs to play well for us," says Sissom. A catalyst to the offense is RB Aundre Smith, who has vision and quickness in his arsenal.

Coach Dennis Brantley likes Elkins' chances because he welcomes back newcomers from a 9-1 JV team and his defensive front. Malik Rugley (6-foot-3, 220-pounds), Taurean Crawford, Nicholas Tristan and Kyle Evans are tough to run on. DB Blake Thompson might become as good as brother Corey (Buffalo Bills). Blake has six offers, including LSU, where his big brother went.

COVID-19 kept Brantley from evaluating QBs Jonathan Rhodes and Jason Woods in the spring. One will start and get great targets in senior WRs Savion Sims and Jordan Roberson (both 2019 second-team, all-district). The O-line is unproven beyond senior captain Armando Morales, but beastly RBs Bryce Bradley and Christian Peluse make holes for themselves.

In his second year, coach Mike Arogbonlo switches talented junior Braeden Abboud to WR due to QB Josh Tarver moving over from Travis. Tarver has a great "frame, leadership, arm strength and speed," Arogbonlo says. Arogbonlo says goodbye to star WR Troy Omeire (Texas) and will have to develop some playmakers on the edge.

Keelian Bryant is joining the secondary, while Jamal Franklin could join the receiving corps or move to RB and share carries with Julian Young. The defensive front includes DL Chase Myers (first- team, all-district) and LBs Hunter Blanchette and Nathan Casas, who might lead Austin to their first playoff berth since 2013.

Bush went 5-5 in the regular season then lost to Mayde Creek in the 2019 playoffs -- their fourth loss in five games. They dropped the final five games in 2018. They have experience (13 of 22 starters return), but a few returners must emerge as difference-makers.

Coach Allen Aldridge didn't have spring practices to cull a starting QB from the herd, so the job is open. He's high on RB Donovan Nixon. A strong running game could carry Bush. Nathaniel Ibarra leads five returning starters on the O-line. The Broncos' LB corps looks like thoroughbreds with Brandon Chambers, Preston Davis and Charlton Bibb all run sideline to sideline.

Coach Shane Byrd and Dulles want to rid the bad taste of a 2-8 record in 2020, his second season. The Vikes were 8-3 in 2018. Only four starters return, so it's a mostly clean slate. One returnee who will led the way is WR/KR Ryan Alaniz (5-foot-7, 155-pounds). He is lightning quick. Undersized but super-strong OL Myles Chapman (all-district in 2019) and LB Jaxon Tilley are assets. Byrd feels the pain of Brantley at Elkins and Aldridge at Bush. Blame it on COVID-19 – he's uncertain who'll be his QB, too. Opportunity knocks for talented sophomore Gerald Hayes to be the feature RB.

Clements has to use talented players on offense and defense. When Clements is still in it in the fourth quarter, fatigue hits coach Bobby Darnell's always well-conditioned players. If the injury bug bites, it's lethal for the Rangers' chances. Senior TE David Kasemervisz (three-year starter) is a former WR who bulked up. He makes the catch no matter how hard he's hit. Junior WR/CB Patrick Smith has 4.5 speed. OL/DLs Jordan Matallana and 300-pounder A.J. Henry play both ways effectively. LB Matt McGinnis' motor has no "off" switch. Clements need at QB and the OL to develop on the fly.