Welcome to a new VYPE feature for the 2020 football season - VYPE Helmet Stickers! Each Monday, VYPE will scour the stat sheets of the previous week and find the top performers.

Class 4A teams and down kicked off the the 2020 season this past weekend. Who earned a VYPE Helmet Sticker? 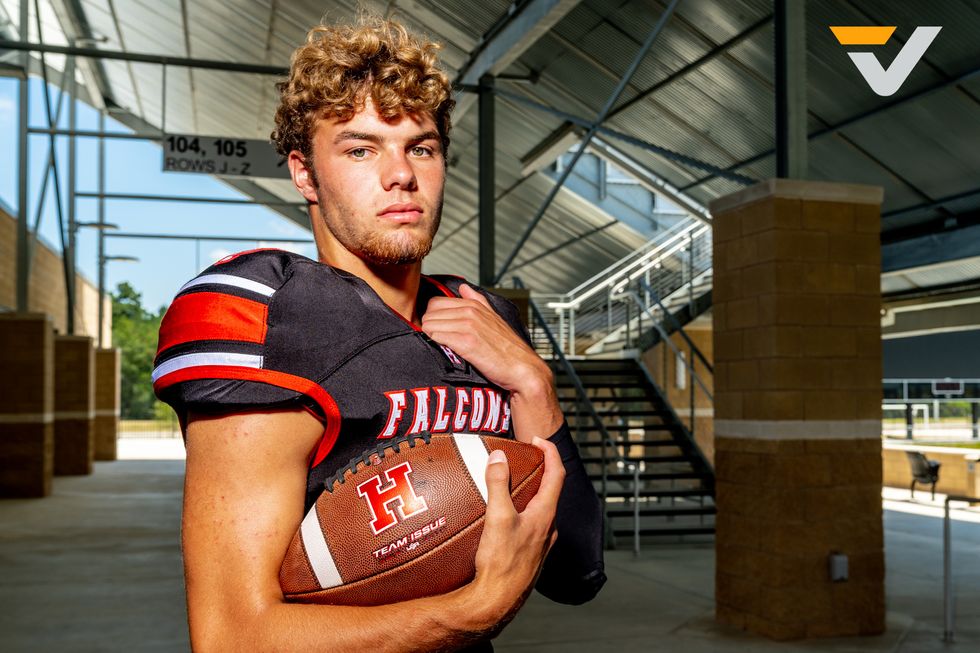 Luke Thomas debuted at quarterback for the Falcons in a 28-14 victory over Stafford on Saturday afternoon. Thomas went 17 of 24 for 149 yards, 3 TDs, 0 INTs. Thomas also rushed 13 times for 61 yards and another score. Defensively, Thomas flipped around and finished with four tackles and two interceptions.

Thomas was all over the place and gets a VYPE Helmet Sticker.

How do you start off your season? How about an opening 92-yard kickoff return for a touchdown. Charles Shorter III, or #TheAnchor, took this one to the house. What a return by him. El Campo's Shorter also had one grab for 40 yards and a single rush.

The temperature on the Blue Jay Stadium field felt like 110° on Saturday. The Needville (@NeedvilleF) seniors turned up the heat to roar back to a victory down 14 points with 2:45 left to pull off a 36-35 victory. #txhsfb pic.twitter.com/wbhvOzRmEq

Walker Warncke had himself a GAME on Saturday. Warncke finished with 22 carries for 171 yards (averaging 7.8 yards per carry) and four touchdowns. What an opening game for him! That performance came in a 36-35 victory over Livingston.

Avery Smith’s second rushing touchdown of the night pulls Bay City to within one of Sweeny! 15-14 Bulldogs with 21.7 seconds left in the first half. pic.twitter.com/ZH8QPZ9iz3

What a night it was for Bay City! The Black Cats, who went 0-9 a year ago got off to a great start in 2020. Thanks to Avery Smith, the dual-threat QB, Bay City defeated Sweeny 21-15. Smith rushed for 173 yards and two touchdowns, while passing for 56 yards, a score and an interception. Great night for him and he gets a helmet sticker!