FRANCIS: Texas High School football in the Age of Covid

I grew up, like many others do in Texas, as an avid High School Football fan.

I've been at the field under those Friday Night Lights nearly every fall weekend for the better part of twenty years. There is something so special about High School Football, and how it permeates an entire community. Even now, when I go home for a game, I eat at the same burger joint. I ride the same shuttle bus to the stadium with the same people. I sit in the same seats, and so do many around me. The important thing, though, is I'm not the only one. In a fairly large city, over nearly two decades, almost nothing has changed.

In the fall, a community and it's team become one.

When the UIL announced its plans for the fall season many of us were delighted at the prospect of football, even if it meant a drastic change to the norm. The possibility of no fan attendance, a delayed, and possibly shortened, season and even spontaneous cancellations were all okay as long as it meant football had a chance. We've all sacrificed for football before. We've sat in the rain, sleet, snow, boiling hot, and freezing cold. We've traveled hundreds of miles, spending hours in the car to travel to games. We've dropped everything on our calendar.

We'd sacrificed before, we could do it again.

Or, at least, that's what I hoped. Just because I was willing to sacrifice for football didn't mean others would be, and in the age of COVID sacrifice is everything.

I have to admit, I was not very optimistic when I pulled into Stafford MSD Stadium on Saturday evening. I was expecting a fairly low turnout, and not much in the way of COVID precautions by those that did attend. In my mind, it certainly wouldn't help that this game had been hastily rescheduled after Stafford's Friday contest in Texas City was cancelled due to Hurricane Laura. I was preparing myself for the worst. 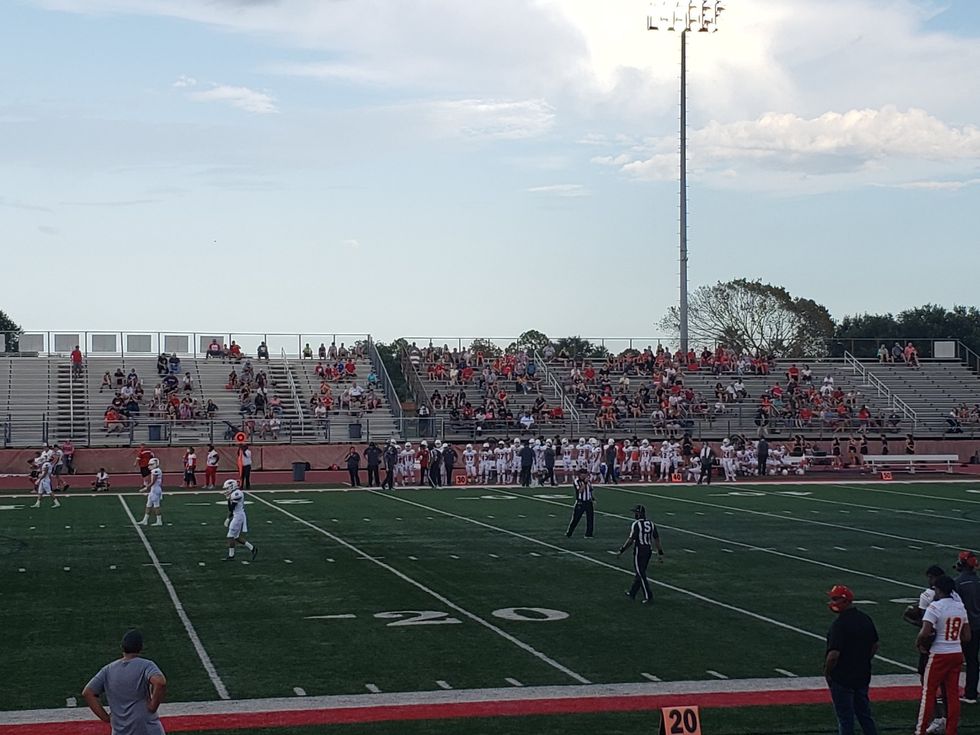 Instead, after the strangest eight months of my life, I was treated to a perfectly normal evening of high school football.

When I walked into the stadium I was greeted by the staff at the gate who all had smiles beaming from behind their masks. The Stafford and Huffman football teams were on the field warming up, while coaches and staff finished their pregame preparations. When I sat down, I found a surprising amount of people. It felt like nearly 75% of the Stafford bleachers were full. Once I began to look around though, I started to see all of the open space. Fans throughout the entire stadium were, in fact, social distancing. Not only was there ample space, it took quite a while for me to find someone without a mask on. I was astonished. Maybe this could actually work.

As the game began things started to become...normal. People were talking among themselves about life, home, work, school, and everything else that wasn't football. I saw people smiling and waving to others they knew as they entered and exited the bleachers. Cheer squads, on both sides, were leading the crowd to support the teams. The action on the field was as genuine as I've ever seen it. The referees were sharp, and called the game with conviction. The players and coaches were so visibly excited just to be playing one game. This game.

That action, by the way, didn't disappoint.

Both defenses stood strong early, with the Stafford defense forcing a turnover on downs, all from inside their own 10 yard line. When they took over from inside their own five, Huffman forced a safety for the game's first score, before they were again stopped on downs on offense. The first half saw all matter of balls batted at the line, big sacks, interceptions, fumbles, and well defended passes. The second half brought some offensive flair, but it was too little too late for Stafford as the Spartans fell 28-14 to the Falcons.

As I walked out of the stadium gates to head home, I took one last look inside. I actually forgot what was supposed to be different about this game. I had expected to find some new experience, some different feeling that wouldn't live up to what I had remembered. What I had found instead was that same passion, joy, and sense of community that Texas high school football always brings. 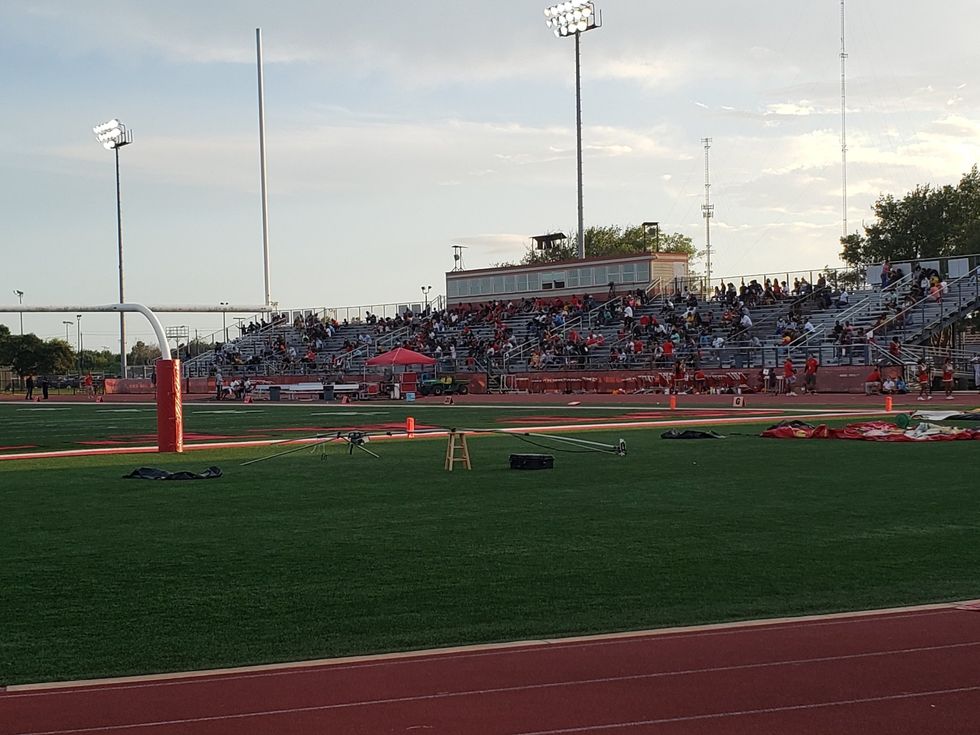