What to know about the Astros bullpen

HOUSTON – As the Houston Astros head into the last month of the regular season, here's a look at what their bullpen looks like:

THE TREND: Osuna had a rough July, with a 5.87 ERA, but has been mostly clean in August aside from one performance. After giving up three runs in a blown save against the lowly Orioles, Osuna has pitched four scoreless innings, getting three saves.

He is unquestionably the playoff closer.

PLAYOFF EXPERIENCE: Despite only being 24, Osuna actually has a ton of playoff experience. He's pitched in 18 playoff games, including four for the Astros. Osuna struggled against Boston last year in the ALCS, but was clean against Cleveland in the ALDS. 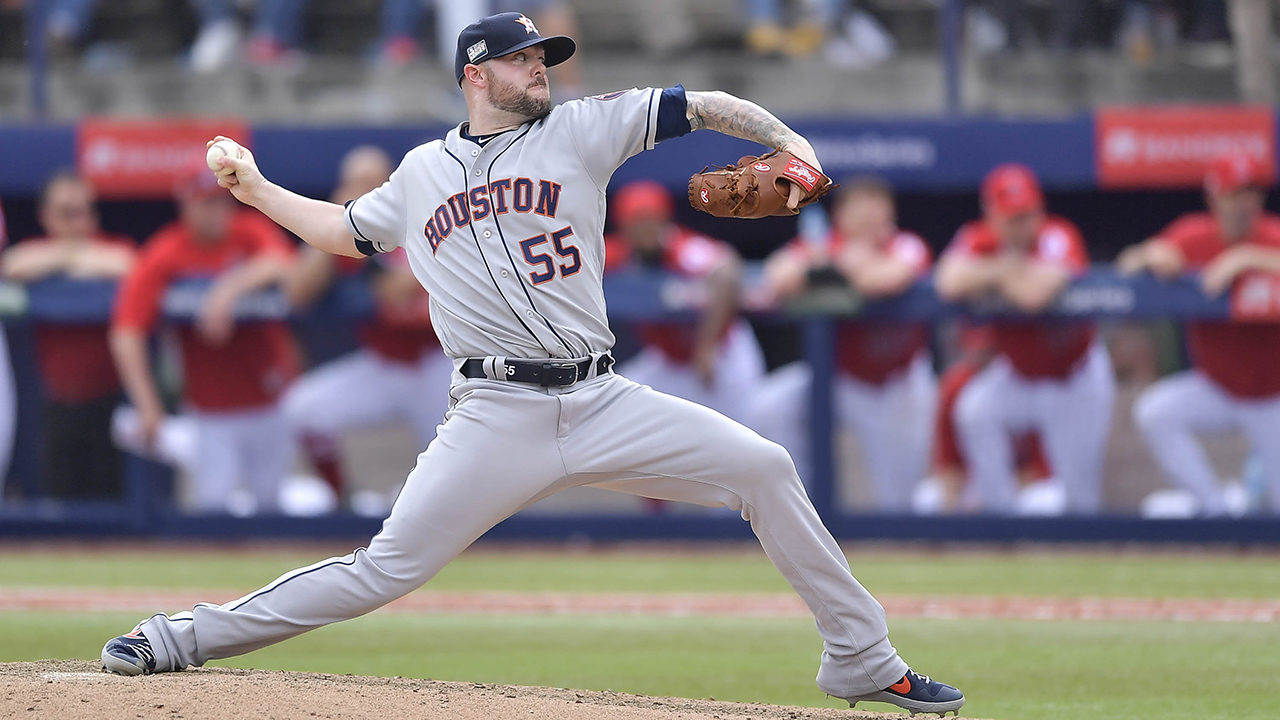 THE TREND: Not good. Pressly has dealt with a knee injury for the past few weeks and will miss 4-6 weeks for arthroscopic knee surgery to get it taken care of. Astros GM Jeff Lunhow believes Pressly can be back in time to get into a at least one regular season game before he has to pitch in the playoffs. A healthy Pressly is near untouchable, one with knee pain – less so.

PLAYOFF EXPERIENCE: Limited but solid. Pressly pitched in 5 games for the Astros in the playoffs last season, giving up one run in 5 innings. Houston needs him to be their 8th inning guy.

THE TREND: Will Harris is having a tremendous season, pitching to a 1.69 ERA and has given up just one earned run in eight August appearances. Harris has been Houston's most consistent reliever this season. He's not as strong of a strikeout pitcher as Ryan Pressly but may have to pitch the 8th until Pressly gets back from his knee surgery.

PLAYOFF EXPERIENCE: 11 games, but outside of 2 clean innings in the World Series, Harris has struggled. He has a 6.75 ERA in the playoffs.

THE TREND: Joe Smith has only pitched 15 games due to an achilles injury but has been dominant since his return. A.J. Hinch has already used him 10 times in August, with three holds. Smith will likely have a big role in the playoff rotation.

PLAYOFF EXPERIENCE: Some. 8 games, 5.1 innings worth across three teams. Smith has only given up one run in the playoffs – last year in the ALCS against the Red Sox, taking a loss for Houston. 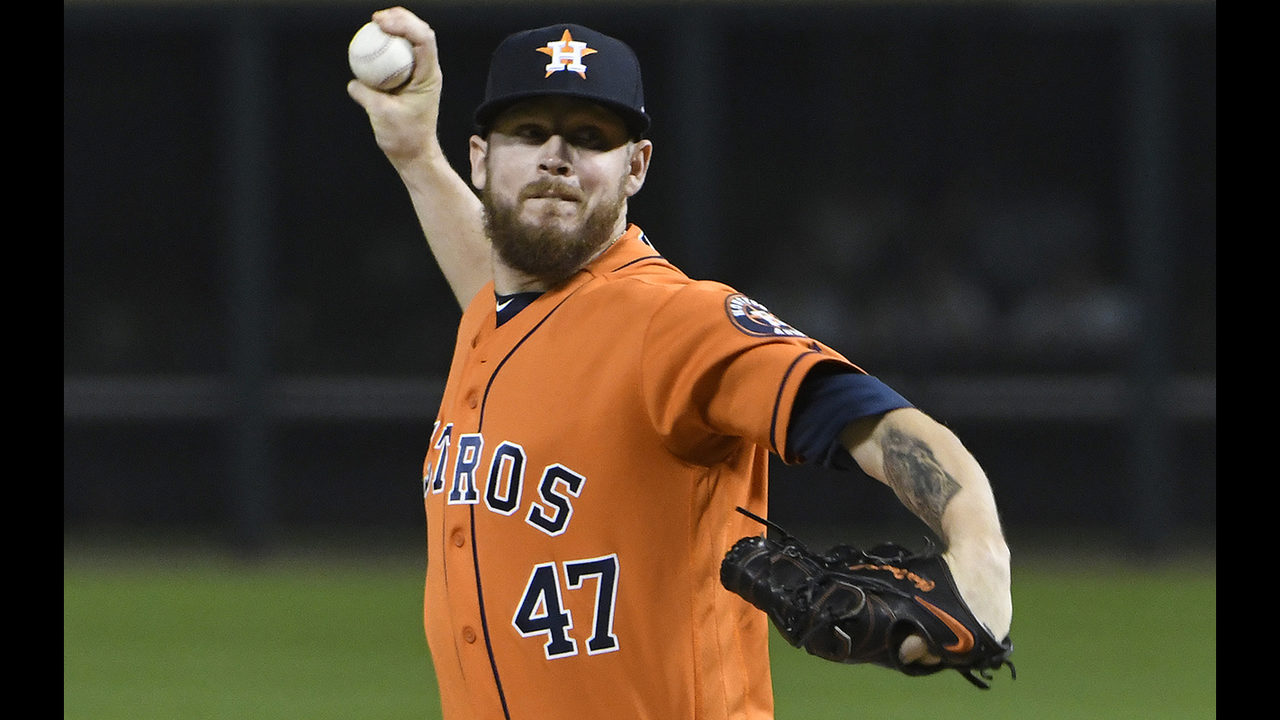 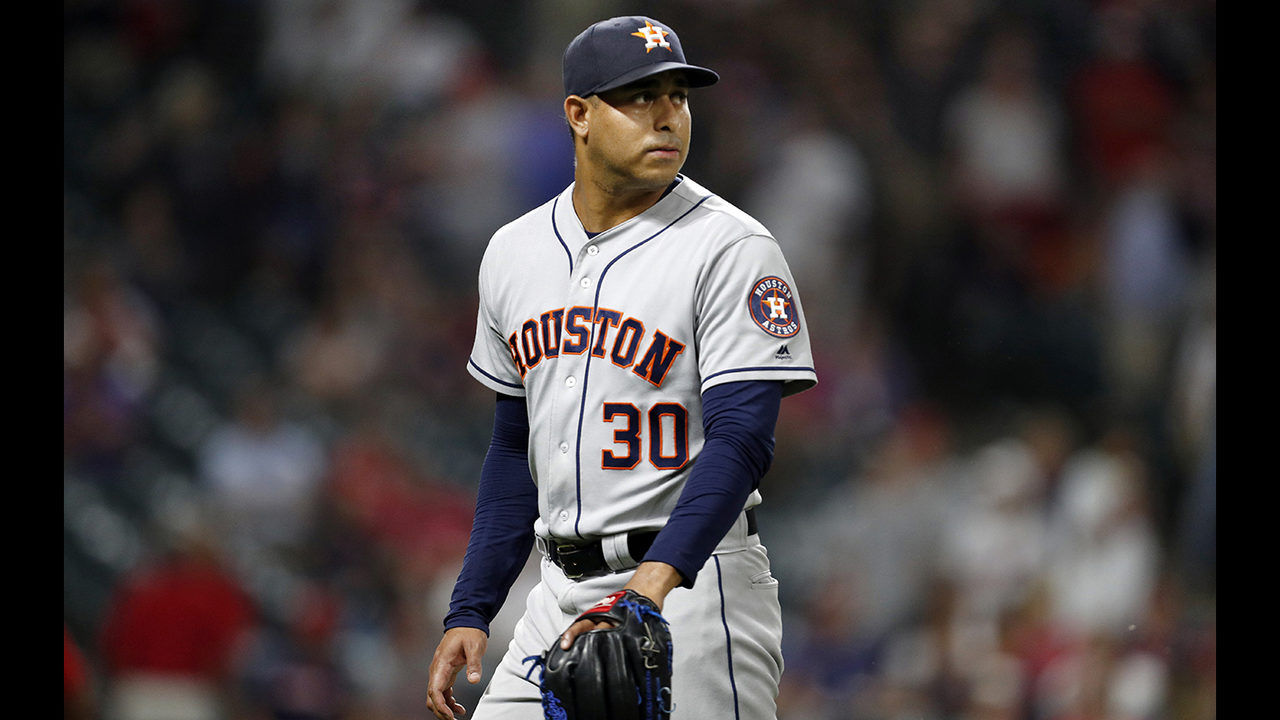 THE TREND: Rondon's ERA is higher than it should be due to a July 16 spot start where he gave up 6 runs. Since then, he's pitched 12.2 innings giving up just 1 run – which came on a home run this week. Rondon lowered his ERA by a full run in the last month and has been pitching well enough get key outs.

PLAYOFF EXPERIENCE: Plenty. 15 innings in 17 appearances, including a World Series ring with the Cubs. Rondon pitched just 1 inning with the Astros in 2018, not giving up a run in a loss. 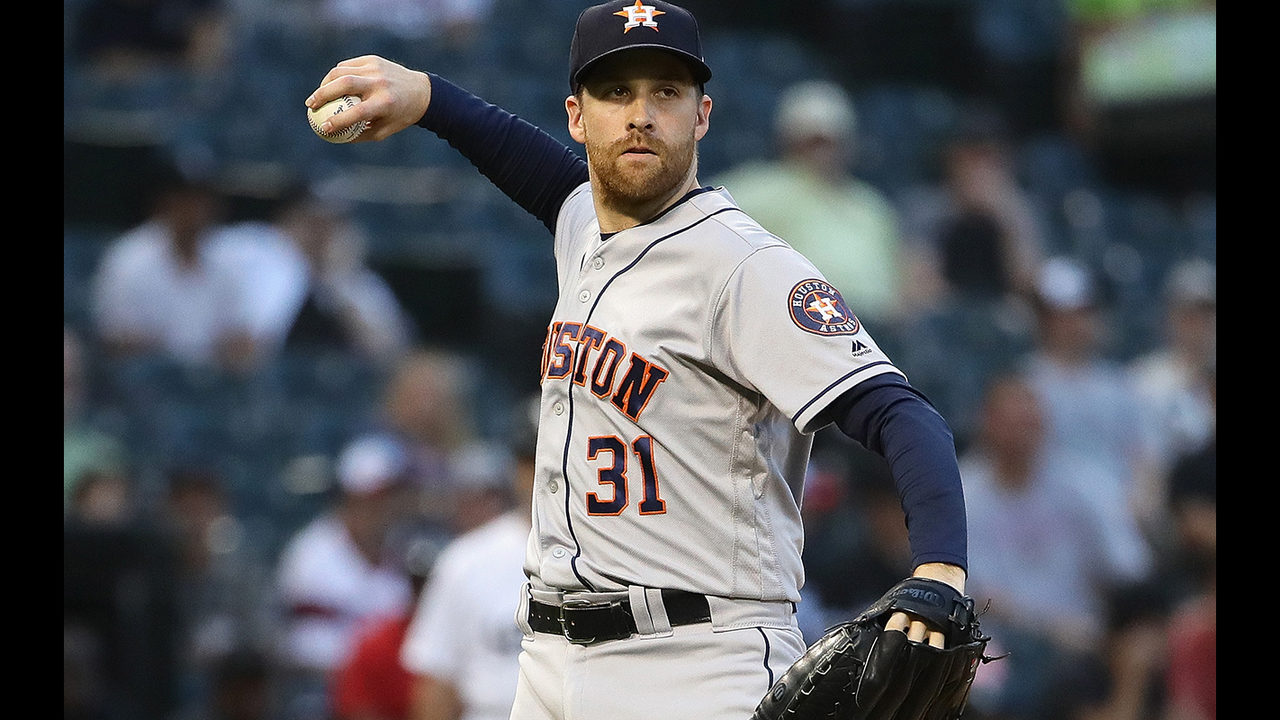 THE TREND: McHugh got converted to a reliever after giving up 10 and 8 runs in a pair of early season starts. Since then, he's pitched to a 2.87 ERA as a reliever, often pitching multiple innings. McHugh will be valuable in the playoffs once the game changes and teams go to the bullpen early.

THE TREND: Peacock is the most recently converted starter, recently returning from injury into the bullpen after spending half the season as a starter. A.J. Hinch has said Peacock has been "retrained" as a reliever. Peacock's first appearance back he went 1.2 scoreless innings.

The rest of the Astros bullpen consists of all long relief/converted starter types. Josh James throws hard, Joe Biagini has strong relief experience (plus the Astros traded for him) and Sneed has been up and down mixing starts and relief appearances. It remains to be seen if any of the three will make the playoff roster.