Ready 2 Rodeo? The Chainsmokers are headed back to RodeoHouston to perform in March

The crypto community in Austin was buzzing.

Hundreds of investors, legislators, professionals and enthusiasts packed the halls of the AT&T Hotel and Conference Center at the University of Texas on Nov. 17-18 for the Texas Blockchain Summit. For two days, there were discussions on everything from bitcoin mining to cryptocurrency regulations to blockchain innovations. But one thing was on everyone’s minds: the spectacular collapse earlier this month of major crypto exchange FTX and its billionaire CEO Sam Bankman-Fried, who was once the industry’s face in Washington and a Democratic megadonor who gave $1 million to Beto O'Rourke.

So when Lee Bratcher, president of nonprofit trade association Texas Blockchain Council, took the stage to open the summit on Thursday, he was quick to acknowledge the elephant in the room.

“The obstacles we face as an industry have just expanded significantly as a result of FTX’s incompetence and potentially fraudulent activity,” he said. “It’s time to roll up our sleeves and get to work.”

Other community members who spoke to The Texas Tribune echoed the sentiment. For them, FTX’s implosion has been a huge setback for the industry, especially one that just experienced a market meltdown following the fall of another high-profile crypto venture in May. But while these events have burned and likely turned away many retail investors, the members say they will continue investing in the space because of their belief in the technology and philosophy behind crypto and blockchain. And Texas politicians attending the conference also remain bullish on an industry that the state has strongly courted.

On Nov. 6, rival exchange Binance CEO Changpeng Zhao tweeted that his company would liquidate its holdings of FTX’s native token, which is a cryptocurrency that is integral to the exchange’s operations. The news prompted many others to cash out their investments, which FTX could not handle. There was a glimmer of hope when Zhao announced a nonbinding agreement to buy the company on Nov. 8, but he walked away from that deal a day later after going over his competitor’s financial records.

By Nov. 11, FTX had filed for bankruptcy. That same day, Bankman-Fried resigned as CEO and was replaced by John J. Ray III, who has led several companies through major bankruptcy processes including Enron after the Houston-based energy giant’s accounting and corporate frauds were exposed two decades ago. The crash also erased Bankman-Fried’s almost $16 billion fortune, according to Bloomberg News.

In the aftermath, consumers and investors have lost billions of dollars.

“Frankly, this sucks,” Sam Padilla said at a pre-summit gala on Nov. 15. Padilla was a speaker at the summit and is a member of ATX DAO, a volunteer group working to “make Austin the crypto capital of the world.” 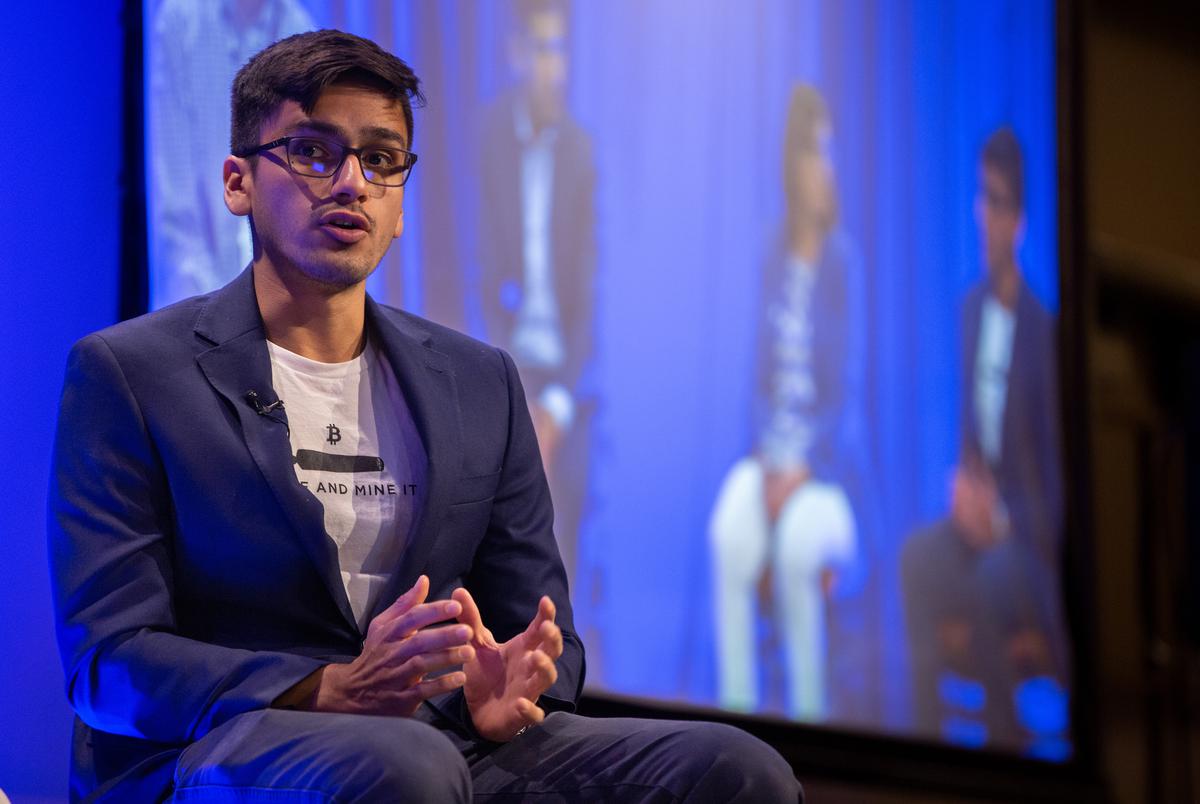 But he and other ATX DAO members remain believers in crypto and blockchain.

In the past few years, Texas Republicans including Gov. Greg Abbott have been vocal about making the state the top destination for crypto and blockchain, including approving pro-industry legislation last year. Following FTX’s crash, Abbott skewered Bankman-Fried’s massive donation to his challenger O’Rourke and called for candidates who received his money to return the funds, but the governor did not place doubt on crypto itself. FTX donors were not supporting solely Democratic candidates, though — Republicans around the country also received millions. 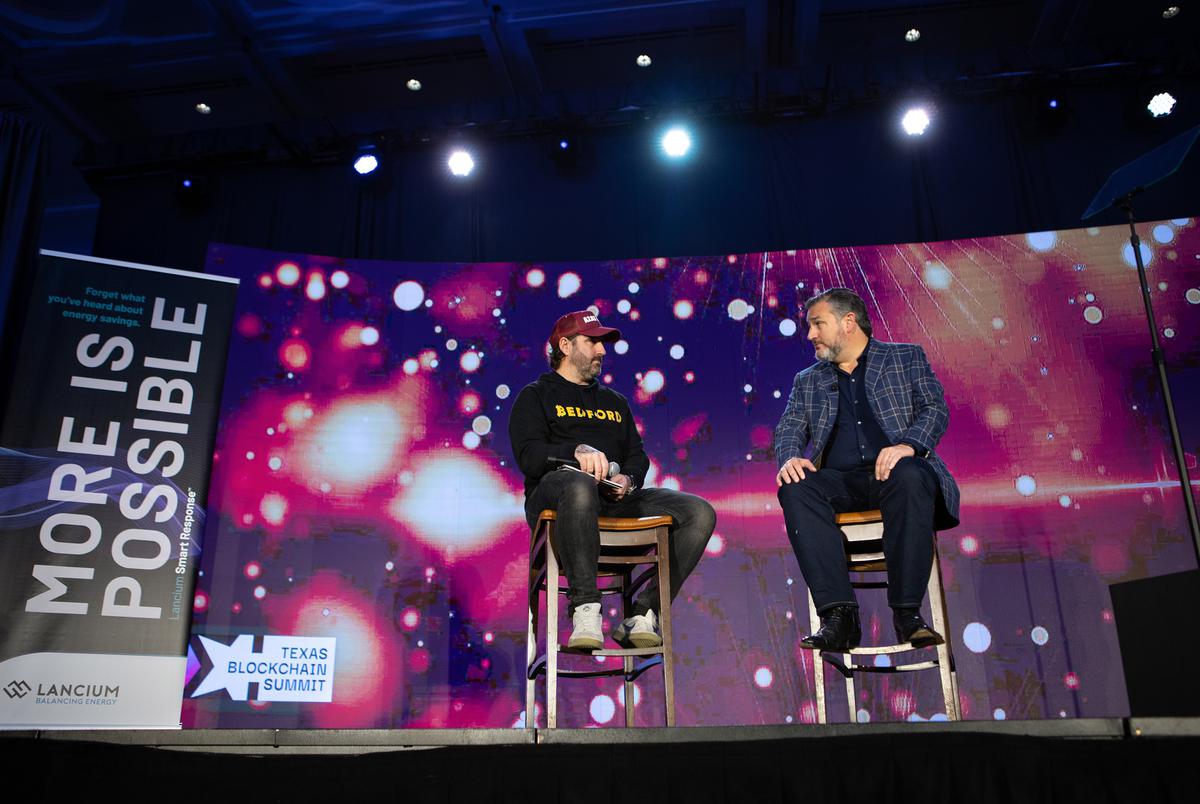 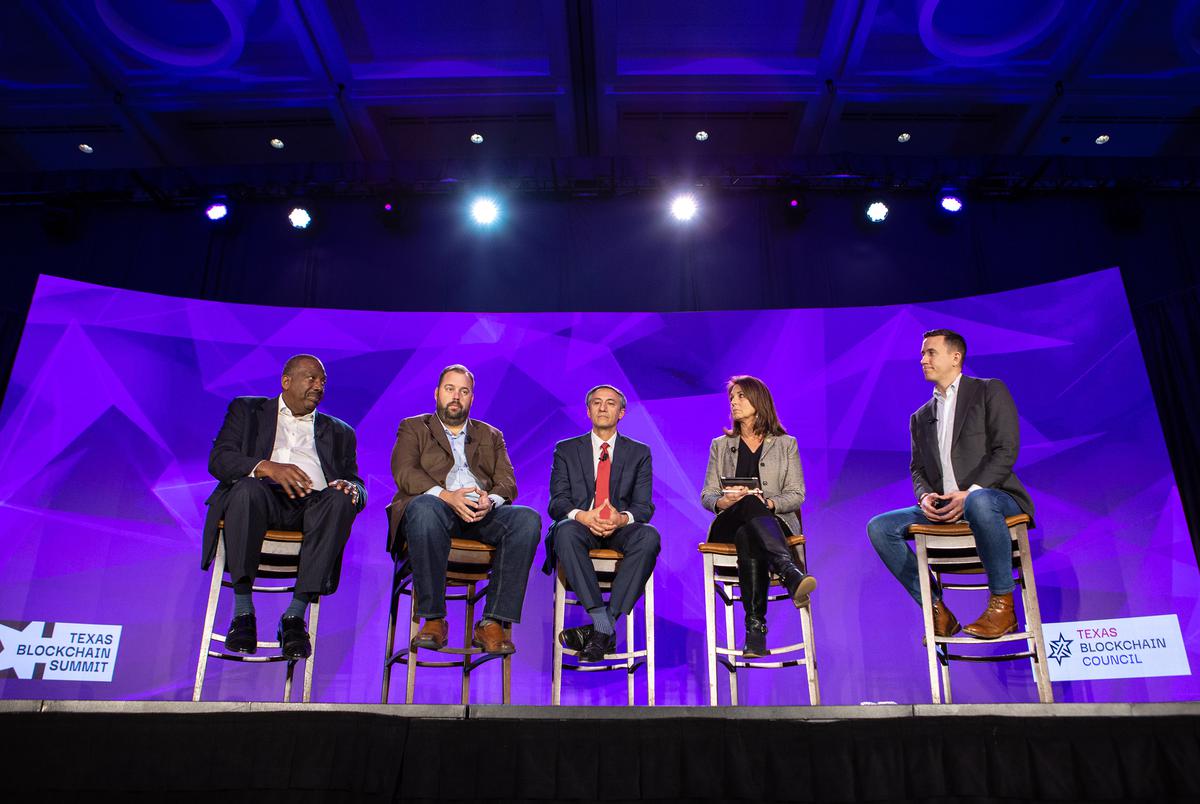 Republican U.S. Sen. Ted Cruz, who is a Bitcoin investor and a leading advocate for crypto, also reaffirmed his unwavering enthusiasm for the industry during his event at the summit on Friday. “I want Texas to be an oasis for Bitcoin and crypto,” he said.

Later on the same day, a bipartisan panel of state legislators — including Sens. Angela Paxton, R-McKinney, and Royce West, D-Dallas, as well as Reps. Giovanni Capriglione, R-Southlake, and John H. Bucy III, D-Austin — similarly expressed their support for strengthening crypto’s presence in Texas. FTX’s bankruptcy, they said, should be viewed more as a lesson rather than a reason for doing away with the industry.

“Any conversation I’ve had in response to FTX, it’s been what do we do to make sure we’re not like them,” Bucy said. “It’s how do we have commonsense policies to protect people without stopping progress.” Bucy is vice chair to the executive committee of the Texas House’s Innovation & Technology Caucus. Capriglione is the committee chair.

“This is the oil boom of this generation,” Bucy added.

“There’s going to be a lot to unpack”

FTX and Bankman-Fried are currently facing a class-action lawsuit as well as numerous state, federal and international investigations, including a bipartisan hearing by the U.S. House Financial Services Committee. Some are also looking at FTX’s alleged misuse of customer funds, including whether the company had used them to shore up Alameda Research, a trading firm also started by Bankman-Fried.

Joe Rotunda, the Texas State Securities Board’s enforcement director, said his stomach dropped when he first heard about FTX’s bankruptcy. But having been scrutinizing its operations since October, particularly over whether the exchange’s yield-bearing crypto accounts were offering unregistered securities to residents, he was not caught off guard.

“We knew the bankruptcy was coming based on events during that week and interactions with different witnesses in different aspects of our investigation,” Rotunda said. “But it’s one of those things where you see it, and it becomes so very real.”

Rotunda told the Tribune that the state securities board has since expanded its investigation to also examine the impact that the unraveling of FTX and around 130 of its subsidiaries has on other companies and investors. Within days, the blowup forced several crypto companies to suspend withdrawals and at least one, crypto lender BlockFi, to reportedly consider declaring bankruptcy. In addition, FTX’s court filing notes that there are more than 100,000 creditors based on debtors’ petitions, though there could be over one million affected creditors. And the top 50 unsecured creditors alone are owed over $3 billion.

“Holy smokes, that’s a big bankruptcy. There’s going to be a lot to unpack,” he said.

Rotunda’s team is now working to find out who these creditors are, how much they are owed and whether there are assets that could be used to pay them back. All the while, the concern around how far the ripple effect will reach looms large in the background.

According to Bratcher, who leads an association with over 100 corporate members in the crypto industry, Texas companies aren’t likely to be hard hit by the crash — but it could be a different story for consumers in the state.

FTX, Bankman-Fried and his recent former lawyers did not respond to the Tribune’s requests for comment. But the 30-year-old former crypto billionaire has been tweeting constantly and at times cryptically since his firm’s collapse, including apologizing on various threads. He also told Vox that he regretted filing for bankruptcy. 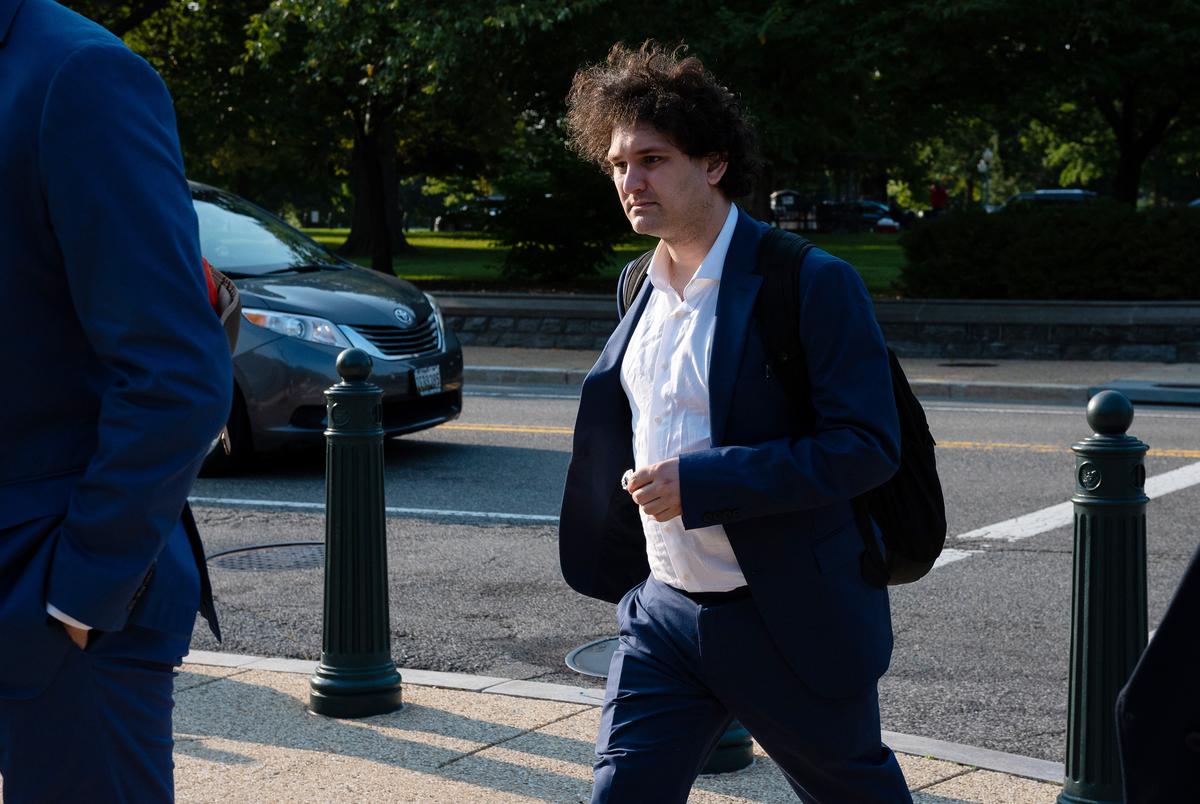 In a Nov. 12 tweet, FTX’s new CEO Ray said the company will “continue to make every effort to secure all assets, wherever located.” He also blasted the former management in a recent court filing.

“Never in my career have I seen such a complete failure of corporate controls and such a complete absence of trustworthy financial information as occurred here,” read the Nov. 17 filing. “From compromised systems integrity and faulty regulatory oversight abroad, to the concentration of control in the hands of a very small group of inexperienced, unsophisticated and potentially compromised individuals, this situation is unprecedented.”

“We have work to do”

In the meantime, Bratcher has been emphasizing the need for crypto companies to follow a set of best practices, including stopping the improper mixing of customer money with other funds and enabling real-time proof of cash and other reserves on hand. And similar to Rotunda, he stressed the importance of holding assets in more secure ways, such as through a digital wallet not connected to the internet, to boost protection against hacks.

“[FTX’s collapse] doesn’t really reflect on the promise of decentralization and Bitcoin,” he said. “It’s really just a reflection of poor risk management.”

In addition, Bratcher and ATX DAO members who spoke to the Tribune shared the sentiment that the industry needs to move away from having prominent CEOs and toward nonprofit and grassroots groups as the champions of crypto and blockchain policies. In his conversation with Vox, Bankman-Fried said his political lobbying was “just PR.”

“We’re feeling disheartened but also reinvigorated because the key change that needs to happen is that in the past, the CEOs of big centralized exchanges have had the most capital, the most influence and the most reach — but they have conflicts of interest,” Bratcher said. “It can’t be just CEOs galavanting around D.C.”

“The loudest voice in the room doesn’t always speak for everyone, and those of us who aren’t that loud are not that loud for a reason,” added Jesse Patterson, an ATX DAO member. “We’re building things.”

In Texas’ upcoming legislative session, Bratcher said the Texas Blockchain Council will be talking with its legislative partners to see if they want to enact stronger consumer protections. Meanwhile, ATX DAO members are soldiering on with their current work by looking for state legislators to champion a bill that would legalize decentralized autonomous organizations — entities without a central authority that depend on blockchain-based contracts that self-execute when preset conditions are met.

Ultimately, Bratcher told the Tribune, it could take a few years for the industry to heal from this reputation stain. But he and others are staying optimistic about its future.

“We have work to do to regain the confidence of the consumers,” he said. “[The industry] will be slowed down, but it’s not going to be stopped by these obstacles.”

Disclosure: Texas Blockchain Council has been a financial supporter of The Texas Tribune, a nonprofit, nonpartisan news organization that is funded in part by donations from members, foundations and corporate sponsors. Financial supporters play no role in the Tribune's journalism. Find a complete list of them here.