How overturn of Roe V. Wade could affect schools, education

A Conversation with Fort Worth Mayor Mattie Parker

Fort Worth Mayor Mattie Parker, the only Republican helming one of Texas’ largest five cities, criticized the current state of the GOP and its intraparty battles Wednesday.

“I could not run in a Republican primary because I just couldn't look myself in the mirror and do it,” Parker said during an event with Texas Tribune CEO Evan Smith.

Parker’s remarks came weeks after her predecessor Betsy Price, who Parker worked for as chief of staff, lost her Republican primary bid for Tarrant County judge. Price lost the contentious primary to Tim O’Hare, a Southlake attorney and former mayor of Farmers Branch who drew the endorsement of former President Donald Trump.

During the primary, Price was criticized in a mailer for greeting former President Barack Obama on the tarmac at Dallas Love Field Airport in 2016, Parker said. Obama was in town to attend a funeral for five Dallas law enforcement officers killed in an ambush.

That baffled Parker, who identifies as a Republican but makes regular appeals to bipartisanship. In Texas, municipal races are not partisan.

Parker oversees one of the fastest-growing cities in Texas — and certainly the most conservative of the state’s major urban cores. But it’s gotten more purple in recent years. Four years after Tarrant County went for Trump, a majority of voters there cast their ballots for Joe Biden in 2020.

Parker, one of the youngest mayors in the country at 38 years old, has been known to buck her party from time to time. She’s particularly an outlier when it comes to expanding Medicaid under the Affordable Care Act — which Texas Republicans have staunchly resisted.

“I can tell you that right now, in the state of Texas, in Fort Worth, you have families that are without health insurance simply because we have not expanded Medicaid,” Parker said. “And there has not been an alternative presented in the state of Texas to replace Medicaid expansion.”

Parker sat down Wednesday for a wide-ranging conservation with Smith at Texas Christian University — touching on her city’s rampant growth, high homicide rate and other hot topics.

Here are some of the highlights:

Fort Worth hasn’t been immune to the nationwide trend of rising homicides during the pandemic. The North Texas city notched the second-highest number of homicides — 118 — in its history in the last year, though its homicide rate is lower than in years past, according to the Fort Worth Star-Telegram. A rise in domestic violence was a “huge” contributing factor to the jump in homicides, Parker said.

Earlier this month, Fort Worth Police Chief Neil Noakes unveiled a plan to tackle the rise in homicides in part by targeting areas that see a lot of violence.

Fort Worth, which has more than 1,500 police officers, could use more officers to beat back crime, Parker said — though she acknowledged hiring more officers is “not the only way to solve the problem.”

“If you take a big step back — and I've talked about this a lot and Neil and I have had a lot of heart-to-hearts about this — does policing in America need to change and has it started to change? Absolutely, yes,” Parker said. “But you cannot make change if you aren't pro-police and pro-community at the same time.”

Trans kids and their parents

Parker came to the defense of transgender children and their families amid the state’s push to label some parents of transgender youth as child abusers. Gov. Greg Abbott, who endorsed Parker when she ran for mayor in 2021, recently directed the state’s child welfare agency to investigate parents who let their trans children access gender-affirming care.

Parker said policymakers should instead focus on providing mental health resources for teenagers and improving conditions for children in the state foster care system. She also cited figures showing transgender teens are much more likely to attempt suicide than their cisgender peers.

“I'm worried right now that you're targeting families that are already incredibly vulnerable and in a really difficult circumstance, when there are so many other hundreds of thousands of kids and families that are in dangerous positions with no regard for the subject of transgender,” Parker said.

Growth in Fort Worth

Fort Worth has seen a surge of new residents — and is now the second-fastest growing city in the United States, according to the U.S. Census Bureau.

But with growth comes the challenge of maintaining the city’s character and affordability without totally stifling change. Parker, a University of Texas at Austin alum, said she has kept an eye on Austin’s rampant transformation, skyrocketing housing costs and total overhaul of some neighborhoods — and she doesn’t want to see that happen in Fort Worth.

“All of these neighborhoods have loud beautiful voices that are telling you what they want for their city,” Parker said. “It's not ‘no progress,’ but it is very unique and the same thing won't go in one neighborhood or the other.”

“We want to preserve our corridors and our neighborhoods as much as possible,” Parker said. 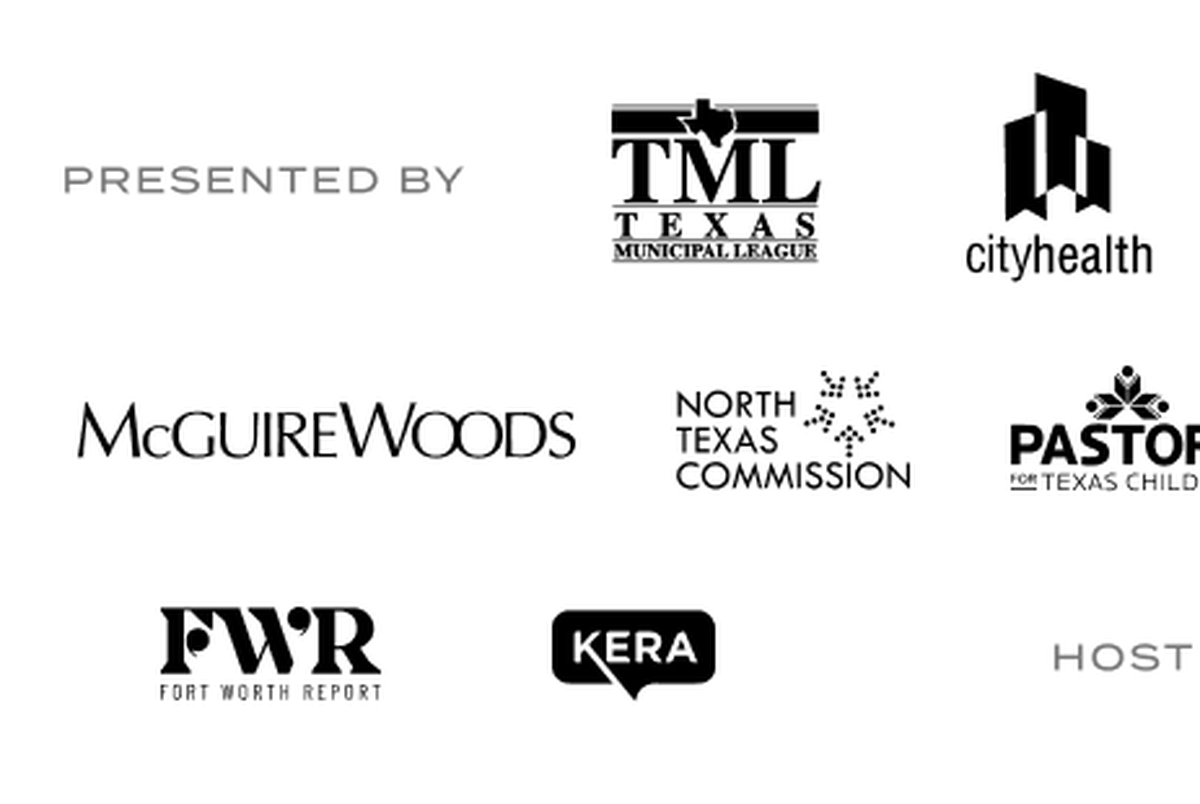 Sponsors help make our events possible. Thank you to Texas Municipal League and CityHealth for presenting this event and the University of Texas at Arlington, Raise Your Hand Texas, BNSF Railway, Pastors for Texas Children, McGuireWoods LLP and North Texas Commission for supporting this event. Media support is provided by Fort Worth Report and KERA.

Disclosure: Texas Christian University and University of Texas at Austin have been financial supporters of The Texas Tribune, a nonprofit, nonpartisan news organization that is funded in part by donations from members, foundations and corporate sponsors. Financial supporters play no role in the Tribune's journalism. Find a complete list of them here.