EL PASO – When Josue Tayub gets ready for work, he knows that anything can happen during the 12 hours he’s on duty as an emergency room nurse at El Paso’s Del Sol Medial Center. Last August, the 35-year-old was working on the day a gunman shot dozens of people at a local Walmart — he helped care for some of the victims later that day.

When he suits up these days, he knows he’s going to be exposed to patients infected with the novel coronavirus and could become sick himself.

But in recent months there’s been something else making the immigrant from Mexico anxious – a looming decision by the U.S. Supreme Court that could result in his removal from his adopted country and take him away from the profession he loves.

“It’s in the back of my mind every hour,” he said. “The uncertainty, every day. It doesn’t go away.”

Tayub, who was born in the Mexican state of Quintana Roo, was brought to the United States by his father 20 years ago and is now allowed to work under the Obama-era Deferred Action for Childhood Arrivals program, which allows undocumented immigrants brought to the country as children to apply for a renewable work permit and receive a two-year reprieve from deportation.

Since the program launched in 2012, more than 800,000 immigrants have received the benefit at least once, and there currently are about 652,900 recipients in the country, including about 108,000 in Texas, according to the Migration Policy Institute.

In 2017, President Donald Trump announced his administration was ending the program, and after a series of court battles, the country’s high court is slated to make a decision on the program’s fate this year. New applications have been halted, but recipients like Tayub can renew their permits.

Texas Attorney General Ken Paxton was among the first to publicly support Trump’s decision, arguing in a 2017 amicus brief that the program “was a lawless exercise of executive power.”

As they await a decision, the program's supporters are highlighting the essential roles some DACA recipients are filling during the coronavirus pandemic — including in the health care and research fields. The Center for American Progress estimates that about 202,000 DACA recipients work in industries the federal government considers “essential critical infrastructure,” including more than 30,000 in Texas.

According to the Jerome N. Frank Legal Services organization at Yale Law School and the National Immigration Law Center, 27,000 DACA recipients are health care workers — including nurses, dentists, pharmacists, physician assistants, home health aides, technicians, and other staff. That includes about 4,300 Texas healthcare workers like Tayub, according to the Center for American Progress..

Tayub said he went to high school in California before attending community college for two years, then transferring to Sonoma State University. He said he initially wanted to be a Spanish teacher, but without legal permission to work knew that wasn't a possibility. He eventually found work at an animal clinic, where he learned to administer IVs and injections. When the DACA program was announced, his new love of medicine led him to nursing school.

"So I got my [DACA] permit and then I got into nursing school and the rest is history," he said. “If they decide to get rid of DACA, everything that I worked hard for is going to disappear. And I love working as a nurse. I love living here in the states. At some point I even wanted to join the Army, but I wasn’t able to because of my status.” 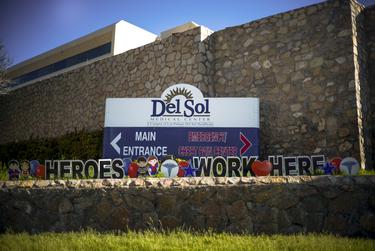 Even before the pandemic swept across the United States, the Association of American Medical Colleges filed an amicus brief with the Supreme Court highlighting the sacrifices DACA recipients make to put themselves through school and the services they are then able to provide with that education.

"As the number of [coronavirus] cases rises in a particular area, the strain on health care institutions increases almost overnight, so you need a robust workforce and that includes not only physicians and nurses and physician assistants, but you need all hands on deck," he said. "And we know that during this pandemic crisis, individuals in DACA status have stepped up to fill critical needs in the community at a personal risk."

Now it's up to the nation's highest court to decide whether they will keep their work permits.

Zaira Garcia, the Texas director for FWD.us, an immigration and criminal justice reform advocacy group, said the Supreme Court could agree with lower courts that Trump ended the program illegally, or rule that DACA was legally established by the Obama administration and allow the program to continue.

The justices could also allow the program to end, but allow current DACA recipients to work as long as their permits are still valid. For Tayub, who renewed his DACA permit in January, that would mean hoping for a solution from Congress — or a new administration in 2021.

Until the case is settled, DACA recipients like Tayub and Javier Quiroz Castro will remain unsettled.

Quiroz, 29, was brought to the U.S. from Mexico when he was 3 years old and is now a registered nurse at Houston Methodist West, working on one of the cardiovascular units treating patients with COVID-19. He said he also worked at Memorial Hermann hospital in the oncology unit, where he said he was one of four DACA recipients in the unit.

“I am fortunate to be put in this position to be able to help, but not knowing the outcome of the Supreme Court has definitely put a huge stress on my family,” he said. “My wife is also a nurse and we have an 11-month-old baby, and we’re trying our best to continue being COVID-19 free in this household to continue to keep our baby safe.”